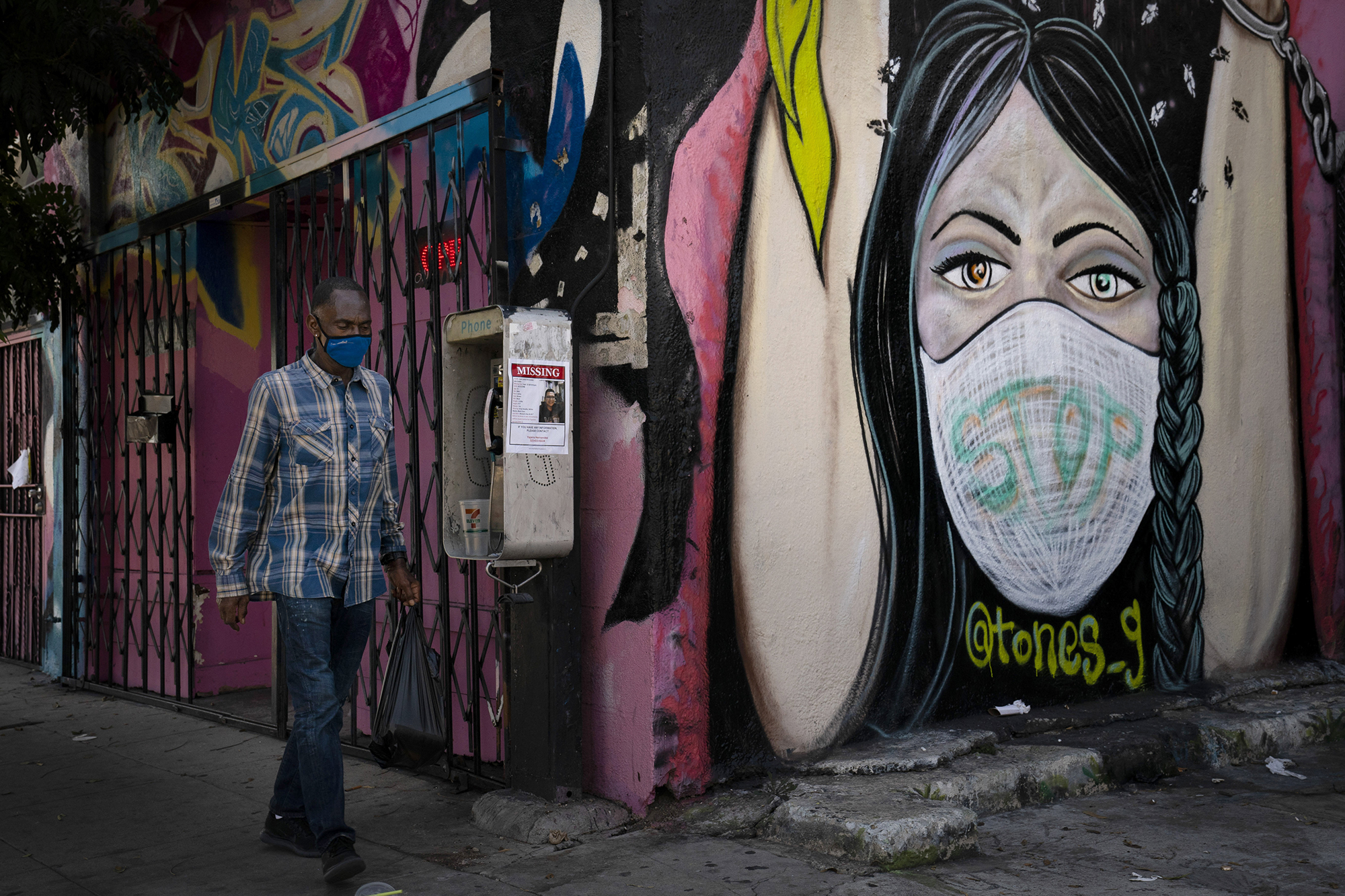 Rosalinda Martinez, a 47-year-old immigrant from Mexico who lives in Tukwila, doesn’t plan to receive the COVID-19 vaccine, even though she’s at higher risk of dying from the virus because she’s overweight and diabetic.

Martinez says she believes in a more holistic form of medicine. She tries to control her diabetes with diet and thinks what could compromise her health isn’t only the virus, but giving in to what she described as a collective paranoia.

Plenty of her friends have fallen ill. So Martinez wears a mask and mostly stays at home. She tries to alleviate stress through meditation. But while other family members and friends anxiously await their turn to get vaccinated —including her parents in Mexico City — Martinez is committed to remaining healthy without it.

“I have a lot to live for and want to be around to take care of my granddaughter,” Martinez said in a recent interview in Spanish.

Martinez isn’t alone. A recent Crosscut/Elway Poll showed that only 55% of Washington state residents intend to get vaccinated. And some fear that number might be even lower in communities hardest hit by the virus, such as the Latino and Black communities.

Currently, Latino people make up 34% of confirmed COVID-19 cases in Wasington state, compared with their 13% share of the overall population. Black people make up 5% of all cases, despite representing just 4% of the population. Nationally, Latino, Black and Indigenous Americans continue to die at a higher rate than others.

Dr. Leo Morales, chief diversity officer at the University of Washington School of Medicine, said the reasons why Latinos have a higher chance of contracting and dying from the virus, especially in Washington state, are complex, but include factors such as being part of a large agricultural workforce, living in multigenerational and high density housing and having chronic diseases that are often left untreated.

Despite the high rates of illness, the rate of vaccination in general tends to be lower in these same communities. According to the Kaiser Family Foundation, in the 2018-2019 flu season, for example, 49% of whites received the vaccine, compared with 39% of Black and 37% of Hispanic people.

Those leading the charge to contain the coronavirus are pushing for as many people as possible to receive the vaccine, with a vaccination rate of about 70% needed for herd immunity — the point at which entire populations are protected against a disease.

India Ornelas of the University of Washington School of Public Health helped survey 145 Latina immigrant women in King County over the summer about COVID-19. Researchers found only about 23% had been tested, in part because they didn’t know where to go or were worried about the cost, factors that could also impact an individual’s decision on whether to get vaccinated.

Morales said that even though south King County, where more Latinos live, was harder hit with COVID-19 than North Seattle, it was easier to get tested in North Seattle because it already had the built-in resources and infrastructure for health care.

The pop-up and mobile sites will help, experts said, but other concerns remain.

“I just think this administration has really unfortunately made people really fearful of seeking any kind of health and social services that are attached to the government,” Ornelas said, referring to the Trump administration’s immigration policies.

There are other reasons that someone might decline to receive the vaccine, reasons that could transcend race, ethnicity or socioeconomic status, experts said. They include concerns about the speed at which the vaccine was developed.

Michele Andrasik of the Fred Hutchinson Cancer Research Center said the public is also concerned about coronavirus variants and confused about the number of vaccine doses that are sufficient.

But the UW’s Morales said that while almost all nurses and doctors have agreed to get vaccinated, about 40% of those working in support services in and around the hospital, with patient contact, have declined. That number matches a nationwide survey by the Pew Research Center. About half, Morales said, are waiting to see what happens with the vaccine, while the other half say they will never get it. 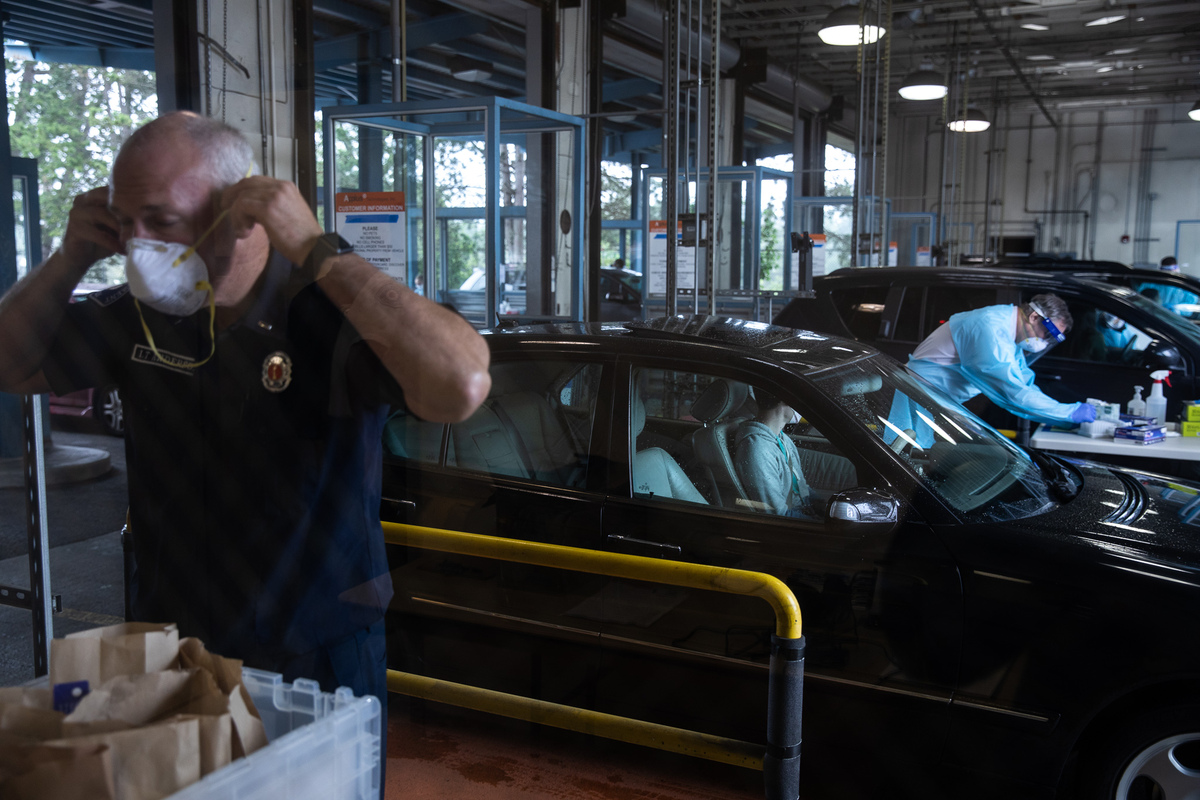 Experts say that it’s important to keep in mind that just like in other communities, opinion among Latino and Black communities varies greatly with regard to the vaccine.

Dr. Julian Perez of Sea Mar Community Health Centers, which specializes in caring for Mexicans and other Latinos in Washington state, said Latinos in North Seattle tend to be wealthier with tech jobs and, therefore, have the option to stay home to avoid COVID-19 exposure.

“Whereas our patients that we take care of in the clinic, they don't have high educations. They can't work from home. They oftentimes are day laborers and they have to take whatever jobs somebody offers them,” Perez said.

These Latinos might be in a bigger hurry to get the vaccine, Perez said.

“It's very hard to accept a job when you're sitting there saying, ‘Do you have masks? Do you have gloves?’ ” Perez said. “Is there water and soap? Where can I wash up?”

Perez and others who work closely with Latinos say communities often turn to their faith in hard times.

Many of the patients he sees, Perez said, “really rely heavily on their faith.” In the absence of additional resources, it can be difficult for some to rely on public health mandates instead.

“You can't just say, ‘Well, I have a picture of the Virgin in my pocket, and she's going to protect me.’ You know that it's such a hard message to drive home,” Perez said, referring to the Virgin Mary, who is revered in the Catholic faith as the mother of Jesus.

Fred Dubon works with day laborers at the nonprofit Casa Latina in South Seattle. Latinos can sign up for work daily and get dispatched to clean homes, landscape lawns or do other jobs.

Dubon said he’s heard of misinformation about the virus spreading via WhatsApp, videos and other communication, including among some who because of specific religious beliefs may already be prone to be suspicious of medicine or certain treatments.

Still others, depending on what country they are from, might not understand the concept of public health and that vaccinations are meant to help protect everybody.

In some parts of Central America, for example, “there's really no public health at all. Everybody just goes like, when you're sick, you show up at the clinic and then you hope they got it right, the right medicine at the pharmacy that day. And so the concept of ‘I need to get this vaccine to protect everybody,' it's just not there,” Perez said.

With regard to Black communities, Clarence Spigner, a professor in the University of Washington’s Department of Global Health, said historical traumas continue to play a role for those seeking medical attention— from being ignored during the so-called Spanish flu of 1918 to the practice of eugenics. In the 1930s, the U.S. Public Health Service also unleashed the infamous Tuskegee Syphilis Experiment in which African Americans were made to participate in the study without informed consent or treatment. Spigner said the white medical establishment believed the sexually transmitted disease manifested itself differently in the Black community.

Perez said he once treated a Black patient who expressed fear that the medicine he was about to administer was experimental.

“I've never ever had anybody say that to me before. And I just, I stopped everything. I put all my medicines down and I said, and I just said, 'Ma'am, that is not what we do in medicine,'” Perez recalled.

Spigner said Black people, as well as other communities, would be more inclined to comply if they saw more people like them doing the research and providing the health education.

“The incredible underrepresentation of Blacks as health providers, researchers, teachers sends a terrible message about the credibility of any medical intervention,” Spigner says. He pointed to Ben Danielson, a well-respected doctor at Seattle Children’s Hospital who recently resigned because of what he described as the hospital’s institutional racism, as an example of the health inequities and underrepresentation that continue to exist in Black communities.

Spigner said any reason or reluctance African Americans have about being vaccinated has to be heard and respected.

“They are not being foolish,” he said. “They are a people with real reasons to distrust the medical establishment.”