The state’s push to protect access to health care for transgender people contrasts with recent actions in other state legislatures. 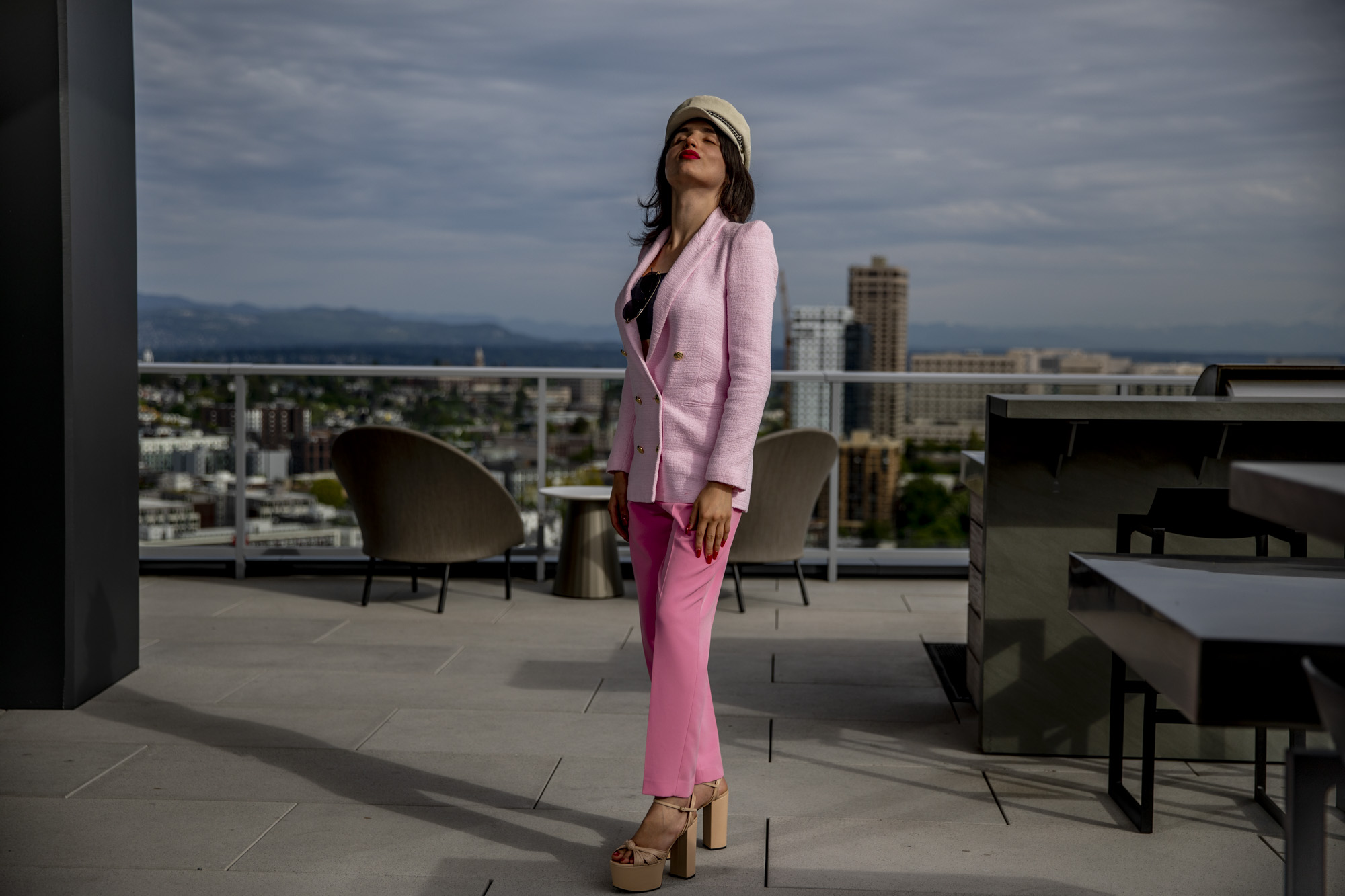 Venus Aoki, 24, has been trying to get access to gender-affirming surgery since she came to Washington five years ago, but her insurance company has refused to cover the doctor-prescribed treatments. A new bill recently passed in the Washington State Legislature will require insurance companies to cover these gender-affirming health care procedures. The bill awaits Gov. Jay Inslee’s signature. (Dorothy Edwards/Crosscut)

At 19, Venus Aoki left Mexico because of the discrimination she experienced there as a transgender woman.

She came to the United States seeking medical care to aid her transition — a process that would require additional procedures and therapy.

Yet, even since arriving in Washington state five years ago, Aoki, now 24, has still been unable to access some of the gender-affirming treatments prescribed by her doctor.

For the past two years, she said, her insurance provider has refused to cover a medically recommended facial reconstruction surgery.

It’s a problem many transgender people in Washington state have encountered, despite a state law that bans insurance companies from discrimination based on a person’s gender identity. According to the state Office of the Insurance Commissioner, insurers have sometimes labeled gender-affirming treatments — such as mastectomies and other transition surgeries — as cosmetic procedures that aren’t medically necessary, even when they are recommended by a person’s doctor.

Under a new bill approved by Washington’s Legislature this year, such denials will no longer be allowed. Senate Bill 5313, which awaits a signature from Democratic Gov. Jay Inslee, will require insurers to cover gender-affirming treatments starting in January 2022.

Gender-affirming treatments include not just surgeries, but also talk therapy, hormone treatments and medications that can delay the onset of puberty. All are among the medically recommended treatments for gender dysphoria, which is when someone’s gender identity doesn’t match the sex they were assigned at birth.

For Aoki and others who have been denied coverage for their treatments in the past, the bill’s passage is a huge relief.

“We wanted to be recognized, and we did it,” Aoki said this week. Aoki said trans people’s work and advocacy was a major factor in getting the bill across the finish line.

Washington state’s push to protect transgender people’s access to health care stands in stark contrast to bills considered in other states this year.

A handful of those measures have won final approval. In Arkansas, for instance, lawmakers recently passed a law banning people under 18 from receiving gender-affirming care. The Arkansas ban extends to prescribing puberty-suppressing hormones, a treatment that doesn’t involve surgery.

State Sen. Marko Liias, D-Lynnwood, said his hope in Washington state is to improve the mental health of transgender people by ensuring they can access the medical care they need.

“I am proud that our state is sort of standing up to this hysteria sweeping the country of intolerance and hatred of trans people,” said Liias, the primary sponsor of SB 5313. “We are going the opposite direction saying that, here, people are welcome and we support them.”

Aoki said that when her facial reconstruction surgery was first denied two years ago, she became very depressed. The thought that she wouldn’t be able to complete her transition and wouldn’t be able to live her true identity made her think about killing herself, she said. Previously, she said her mental health had improved as she moved closer toward an appearance that matched her gender identity.

Dr. Kevin Wang, who teaches medical residents at Swedish First Hill in Seattle, said suicide attempts are incredibly common among trans people. At a recent public hearing, he said roughly half of transgender and gender-diverse people attempt suicide, a rate nine to 10 times higher than among the general population. For transgender youth and transgender people of color, the rate of attempted suicide is even higher, Wang said.

Meanwhile, gender-affirming care has been shown to reduce thoughts of suicide among transgender people and increase their overall psychological well-being, according to a Cornell University review of 72 studies on the topic.

“What some may consider to be a cosmetic or aesthetic procedure, I really do want us to start thinking of as life saving,” Wang, the doctor at Swedish, told state lawmakers in March.

“These are folks where their gender identity does not match the body in which they were born into,” he said. “And this is a way to help these people, to help the gender diverse community, really become comfortable and become productive citizens of our region.”

Several transgender people told lawmakers that they and others they know have gone to dangerous lengths to access gender-affirming treatments when they couldn’t get them covered by their insurance.

Donato Fatuesi, a trans woman who testified at a public hearing in February, said that in 2011, she compromised her safety by taking hormones she got on the black market. Three years later, she raised money for laser hair removal through sex work, seeing no other way to pay for the procedure. Then, in 2017, her insurance company declined to cover a surgery her doctor had recommended, despite the doctor's declaration that it was medically necessary. Fatuesi is the operations manager at UTOPIA, a group that represents trans and queer members of the Pacific Islander community.

Others shared similar stories of being denied coverage.

“To me, this feels the same as telling a cancer patient they aren’t going to cover chemo,” said Ander Lyon, who is trans and testified before lawmakers in February. 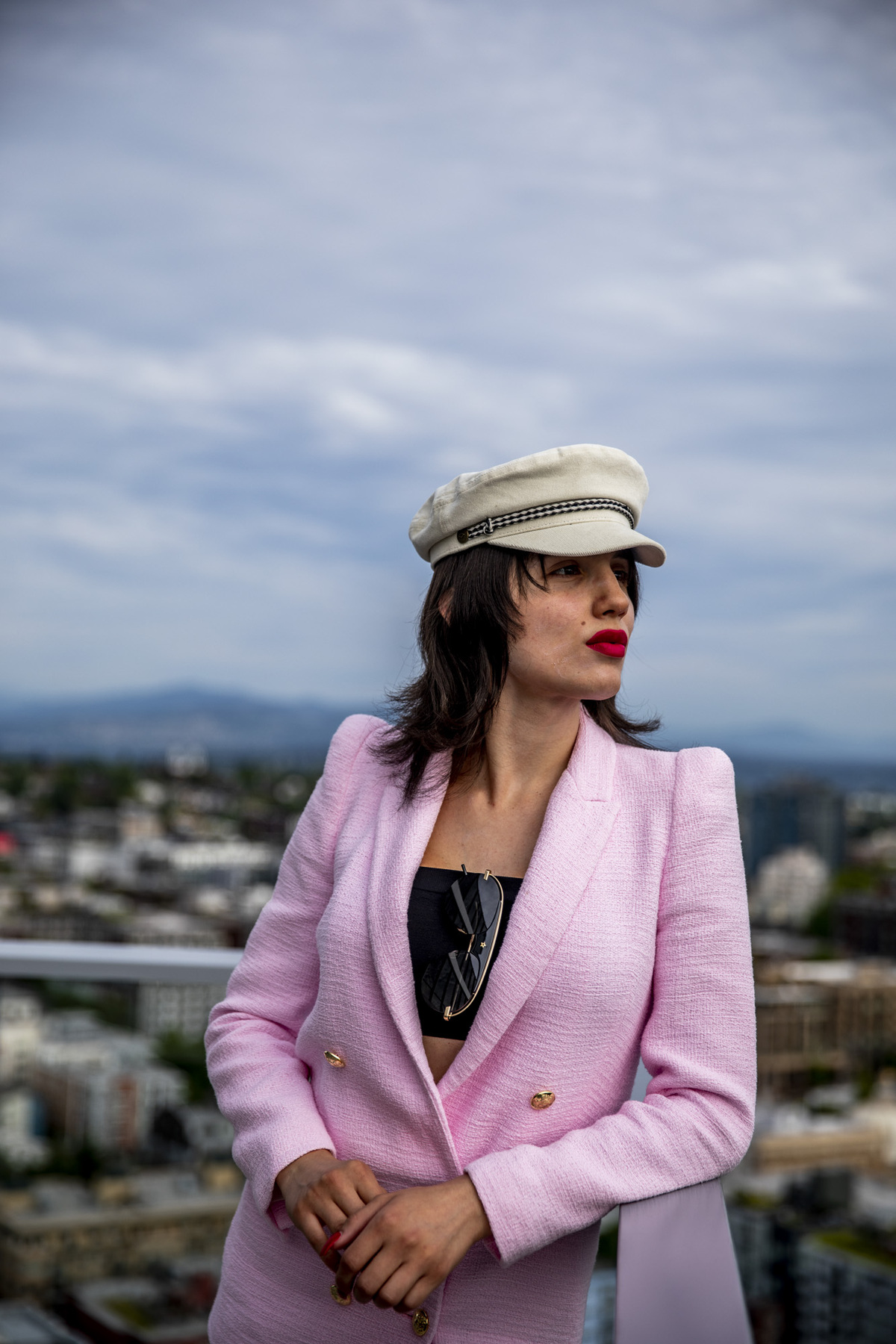 Aoki receives her insurance through Medicaid. The state Health Care Authority, which oversees the program, has approved some gender-affirming services for Aoki, but denied others that they deemed cosmetic.

The Association of Washington Healthcare Plans didn’t publicly oppose the measure, but expressed a few concerns, including whether patients would be able to access the limited number of providers offering gender-affirming treatments.

Chris Bandoli, the executive director of the Association of Washington Healthcare Plans, wrote in an email that the industry group will work through any remaining issues as the law is implemented.

“... We are very much aligned on improving health equity for LGBTQ Washingtonians,” Bandoli wrote.

Throughout the legislative session, some critics sought to add language that would prevent insurers from covering gender-affirming treatments for people under 18.

“We would really urge the committee to consider an age limit on any gender-affirming treatments,” said Sarah Davenport-Smith, a lobbyist for the Family Policy Institute of Washington, at a March hearing before the House Health Care and Wellness Committee. When dealing with minors, Davenport-Smith said, “There is no age-appropriate way to explain what losing their fertility and full sexual function may mean to them in later years.”

The treatments advised for transgender young people generally do not involve surgery.

Rather, international standards of care state that surgical transition procedures should be delayed until people became adults. Instead, puberty-suppressing hormones may be prescribed, which the American Association of Pediatrics says can reduce the need for later surgeries.

Other critics expressed concern that, without an age provision in the bill, children could receive transition surgeries without parental consent.

But Wang, the doctor at Swedish First Hill, wrote in an email that a parent or guardian’s consent is required for any such procedure to be performed on a minor. A patient’s doctor also is heavily involved.

Ultimately, the bill cleared the Legislature without setting any age restrictions on who can receive gender-affirming care.

Aoki, a performing artist who is on the board of the Gender Justice League in Seattle, said she looks forward to getting four facial reconstruction procedures, now that the state's policies are changing.

She thinks that with the passage of SB 5313, others will have a different experience — and, that by telling their stories, trans people convinced lawmakers of the need for action.

“If you are looking and living as who you want to be, I think you are just happy, and you just want to move forward and keep on going — and keep on inspiring others,” Aoki said.