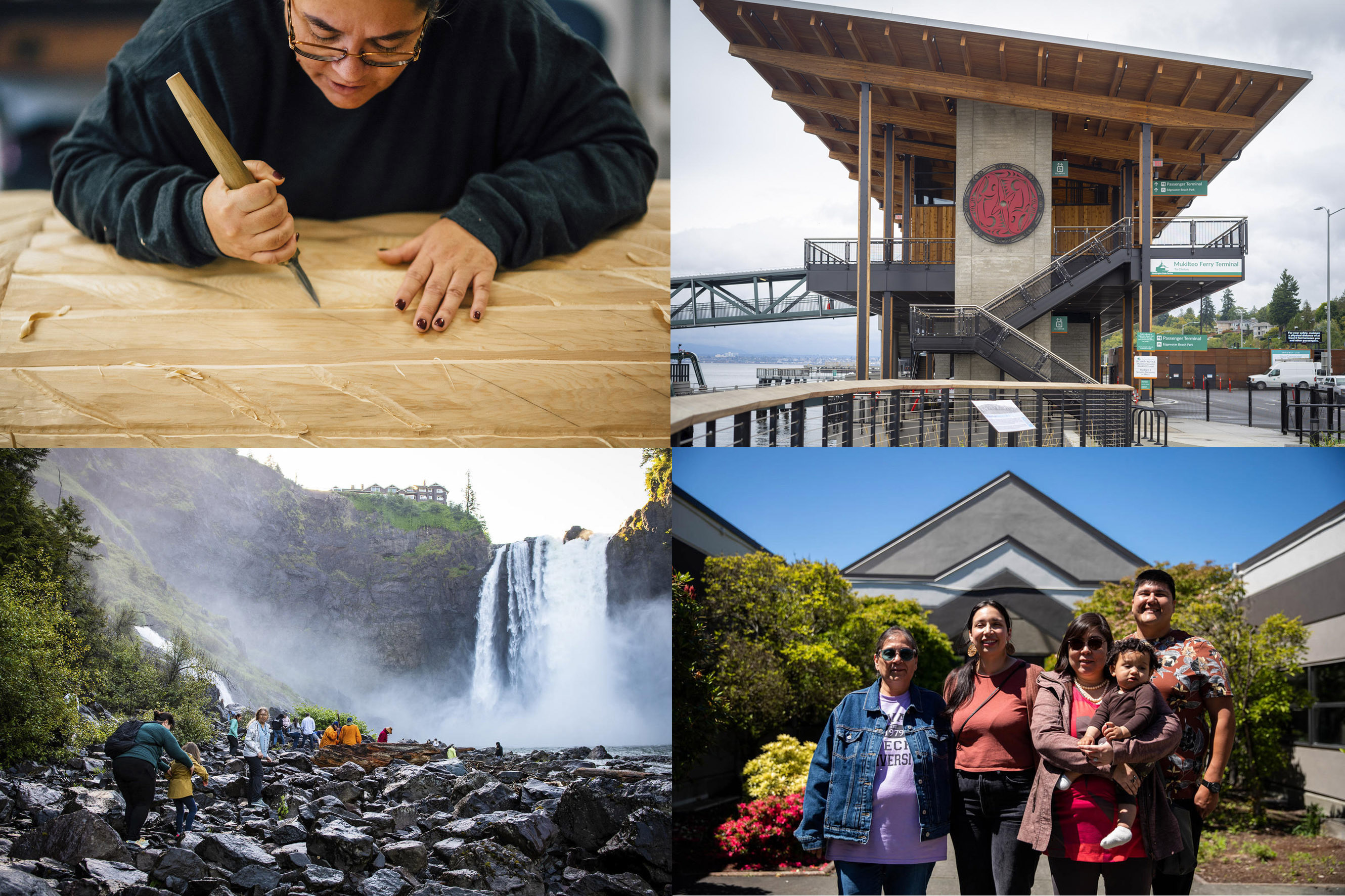 The second Monday of October is known as Indigenous Peoples’ Day to honor the past, present and future of Native communities. The holiday is a chance to shift focus from the federal holiday Columbus Day, which signifies the day European explorer Christopher Columbus touched American soil in 1492, also bringing genocide, disease and displacement to the Indigenous people.

The day also reframes the narrative that Columbus “discovered” the Americas that had been inhabited by Indigenous communities for millennia.

Seattle has recognized Indigenous Peoples’ Day since 2014, and just established it and Juneteenth as city holidays in March. The day is now a parking holiday for the public and a legal holiday for represented city employees.

The city of Seattle is named after Chief Si’ahl (pronounced “See-ahlth”), a leader of the Suquamish and Duwamish people. The only major American city named after a Native chief, Seattle is built on the ancestral land of the Duwamish, Muckleshoot, Stillaguamish, Suquamish and Tulalip tribes.

To celebrate, here are six Crosscut reads that honor the robust Native heritage and history in the Pacific Northwest.

1. Who are land acknowledgements for?

“Before we get started, we’d like to take a moment to acknowledge the history of where we’re standing.” Chances are you’ve heard a land acknowledgement — a brief statement that you're on local tribal land before the proceedings move on to the main agenda — at live events, government meetings or Instagram captions. A handful of movie theaters even play an acknowledgment before films.

If the quick nod to violent displacement feels a bit off, you’re not alone. That concern has spurred the Snoqualmie Tribe Ancestral Lands Movement, a public-awareness campaign aimed at respectfully acknowledging the tribe and its ancestral lands. Programming has especially focused on the impact of recreation in the Snoqualmie corridor, where popular spots are being “loved to death” by outdoor enthusiasts.

At its heart, the Snoqualmie Tribe Ancestral Lands Movement is about non-Natives going beyond box-ticking lip service and committing to learn more about Northwest tribes, not just as historical facts but as present-day sovereign nations still connected to this land.

2. Seattle is seeing a surge of Indigenous public art

A growing crop of public artworks by local Indigenous artists have appeared (or will soon) across the region, including carvings, murals, weavings, and a laser-cut fence. The installations send a similar message: You are on Indigenous land.

“Public art is a chance for people to see themselves reflected in the cityscape, which is so often incredibly colonial: gigantic buildings and steel and metal everywhere — it’s such a constant daily reminder of [these] very painful histories for many people,” said local artist and curator Asia Tail. “But when we get the chance to see Native artists or other artists of color in public spaces… it can really change the way we feel in public spaces and the way we feel belonging in our cities.”

3. Seattle urban Natives look to have a neighborhood of their own

Cultural hubs like Chinatown and Africatown celebrate and support historically oppressed groups. But Seattle, named for Chief Si'ahl, the hereditary chief of the Suquamish and Duwamish people, has not offered anything similar for its urban Native population.

The local Na’ah Illahee Fund conducted a survey to determine what a neighborhood for the city’s urban Native community would look like — and if such a cultural hub was even wanted. The responses were overwhelmingly in favor.

“A lot of us have been displaced from our homelands or people, having a place(s) to be Native would help foster community, reinforce identity and provide healing for our people,” an anonymous survey respondent wrote.

Hunter, the lab manager at the Salish Sea Research Center at the Northwest Indian College on the Lummi Indian Reservation, dropped out of school in 10th grade and worked a myriad of jobs, from digging ditches to housekeeping, before jumping head-first into college at age 32.

It was there that she found her love for ancient organisms. Her studies led to her work in the sea. Now Hunter works to bridge the narrowing gap between classical science and the scientific discoveries and intuition that Native cultures have passed down through generations, centuries before the scientific method even existed.

“I was like, holy moly, my ancestors were scientists. I come from a line of scientists,” Hunter said. “That blew my mind.”

The Indian Intercourse Act of 1834 — intended to regulate trade and “preserve the peace on the frontiers” — made the manufacturing of liquor in “Indian Country” illegal.

The Confederated Tribes of the Chehalis Reservation began distilling their own spirits at Talking Cedar distillery in March, after a long fight with the federal government to move beyond the control of that 1834 law and the racism that surrounded it.

More than 100 years after colonists forced citizens of the Duwamish Nation off their ancestral land and established what is now Pioneer Square, a new Chief Seattle Club housing initiative is calling the land home again.

American Indian or Alaskan Native individuals make up just 1% of King County’s population, but, according to U.S. census estimates, they made up 15% of the homeless population in 2020 and 30% of those experiencing chronic homelessness.