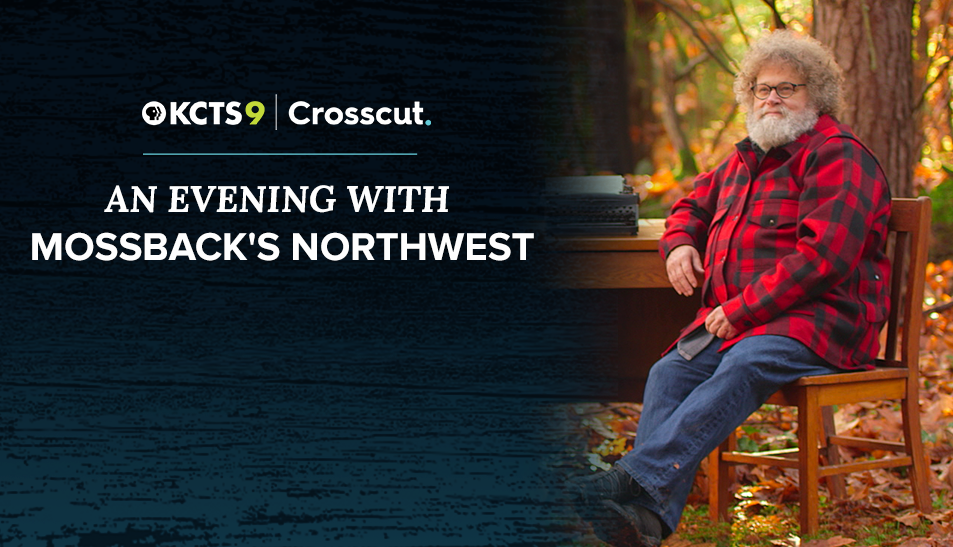 An Evening with Mossback's Northwest

Add to Calendar 2021-12-02 18:30:00 2021-12-02 19:30:00 An Evening with Mossback's Northwest Join KCTS 9 and Crosscut as we celebrate the new season of Mossback's Northwest with the people who know it best: Knute "Mossback" Berger and producer Stephen Hegg! We take a look back at the origins of Mossback's Northwest and forward to the new season with behind-the-scenes stories, details on how the show is made and a special sneak preview of the first episode of the new season! Please note that this is a hybrid event with both in-person and virtual viewing options.  WATCH NOW > Cascade Public Media 401 Mercer St Seattle, WA 98109 United States Crosscut webmasters@kcts9.org America/Los_Angeles public
6:30 PM - 7:30 PM

ABOUT THE SPEAKERS:
Knute "Mossback" Berger is Crosscut's Editor-at-Large and host of the Mossback’s Northwest TV series on KCTS 9. He writes about politics and regional heritage. Previously he served as Editor-in-Chief of Seattle Weekly, Editor & Publisher of Eastsideweek, and as Managing Editor of Washington Magazine. He has written two books, “Pugetopolis” and “Space Needle, Spirit of Seattle.” He is a regular commentator on KUOW-FM and a former Rainier Club Fellow.

Stephen Hegg is a senior video producer at Crosscut and KCTS 9. He specializes in arts and culture and produces Mossback’s Northwest and Crosscut NOW. Stephen’s credits include documentaries, series and public affairs and his work has been seen nationally on PBS. He’s a multiple regional Emmy® award winner and also an accomplished violinist and avid cyclist.