The secret history of smokejumpers in Washington's Methow Valley

Now a staple in combating wildfires across the West, barnstormers and foresters developed one of the most elite firefighting programs here in Washington. 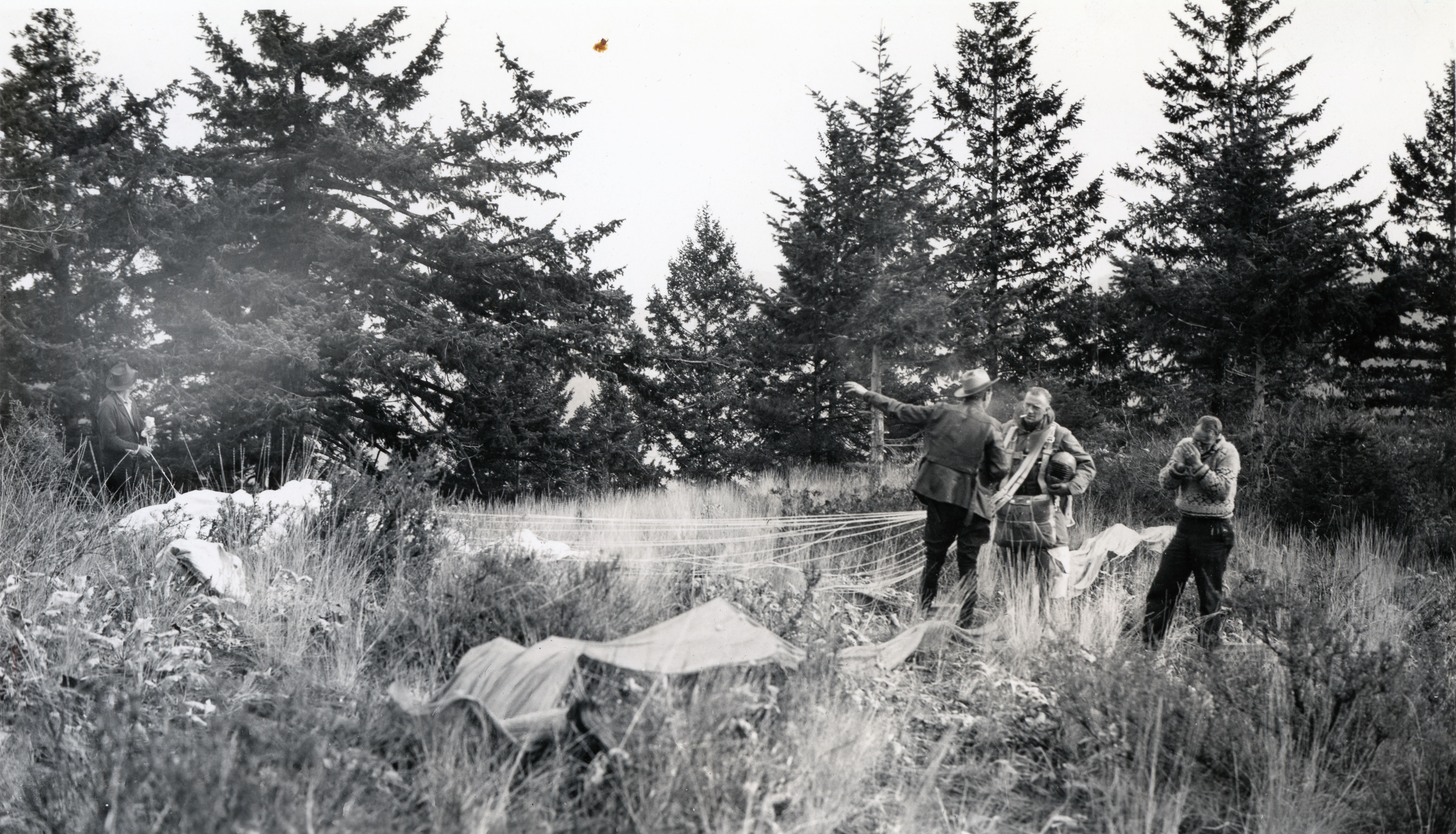 A jumper lands during the U.S. Forest Service's experimental smokejumping program in 1939 in Winthrop. (Photo courtesy of Larry Lufkin)

In the first few decades of the 20th century, fighting remote wildfires meant loading packs and hiking for days into rugged terrain. But the U.S. Forest Service had an out-there idea: Could it suppress fires more quickly by training firefighters to get to fire sites by jumping out of planes?

It managed a few off-the-books attempts in Utah in 1934, but the project was abandoned for fear of being too risky. Then in 1939, the Forest Service returned to the idea in earnest, choosing Winthrop as the location to try the experimental program — and smokejumping was officially born. The Forest Service contracted a group of barnstormers — basically, flying circus performers — including the Derry brothers to attempt the experiment. The parachuting went smoothly for these aerial tricksters, but upon landing they would get caught like cats in trees.

Forest Service members with extensive on-the-ground experience like Francis Lufkin came to the rescue. Lufkin, who once installed phone lines, knew how to climb trees and wasn’t afraid of heights. Smokejumping was the next leap. “The jumpers were joshing Dad and saying, ‘Well, you can climb trees, but you can't jump out of an airplane.’ Well, for him, that was kind of like a dare,” his son, Larry Lufkin, remembers.

For Francis Lufkin, this moment would begin a career in smokejumping that would lead to his running the North Cascades Smokejumper base for over 30 years. After its success, the Winthrop experiment spread to the rest of the U.S., and the program continued near Missoula, Montana. And while that state is perhaps most closely associated with this unique band of firefighting elite, its origins will forever remain in Washington.

Made There: Iggy’s Alive & Cultured is anything but sour

Fermented goods such as bright kombucha and jewel-toned beet kvass reflect the depth and character of their producer Paul McClellan.