Seattle has faced calamity before and come out stronger

The city has a history of rebuilding after all-consuming fire and economic disaster. We can do it again. 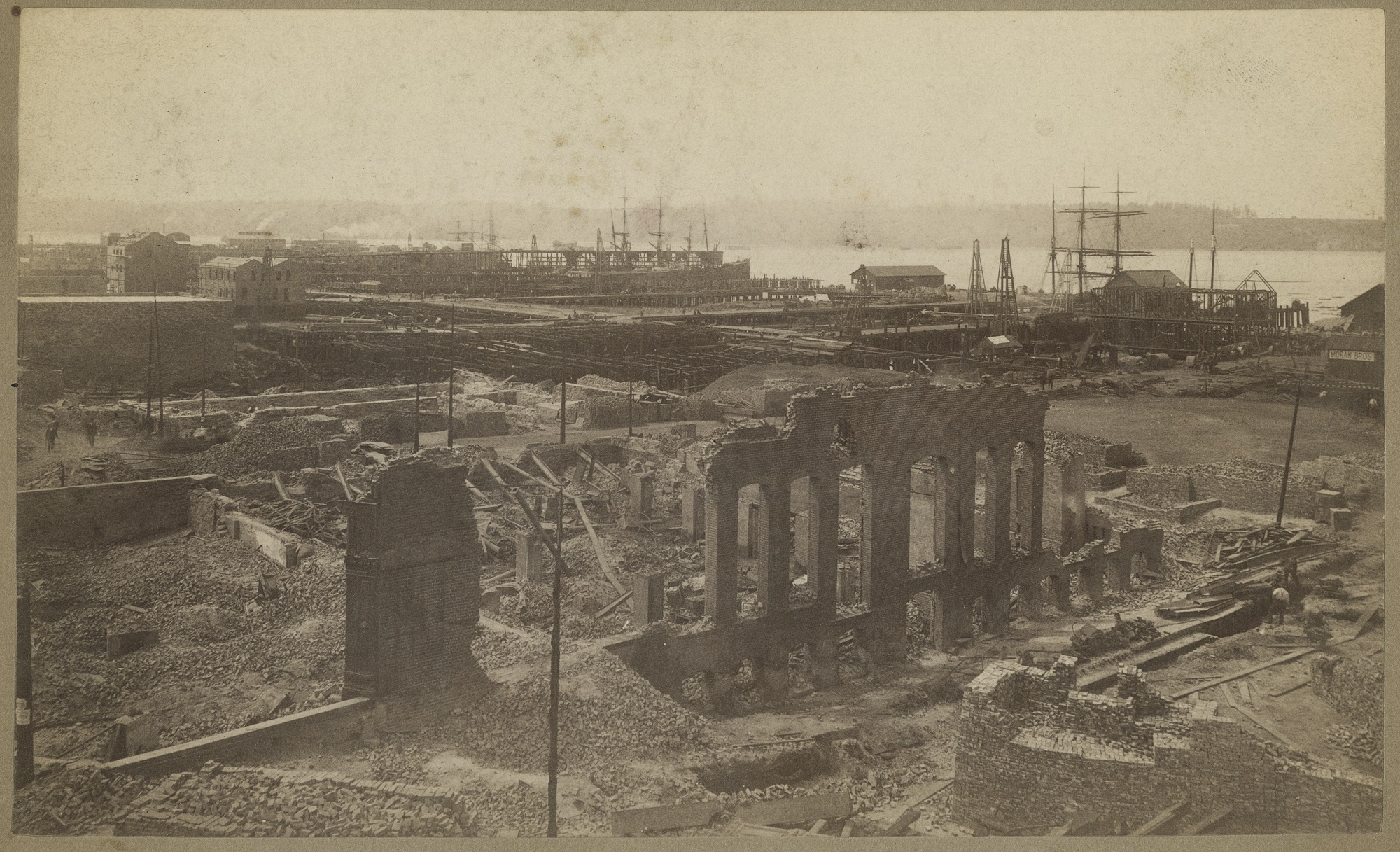 Damage to Seattle business district after the Great Fire, June 6, 1889. This image shows what remained of a brick building after the fire. The photographer was facing west, and the Seattle waterfront can be seen behind the city. (MOHAI)

The Seattle that we knew at the beginning of 2020 is gone. The arrival of the novel coronavirus early in the year devastated our economy and has shaken up — or put on-hold — our culture. We are told that normal is somewhere in the future. But it can be difficult to look beyond the current hardship and imagine what normal will even look like, let alone what it will take to get there.

In a year of immense upheaval, three major crises — the COVID-19 pandemic, a racial reckoning and catastrophic wildfires — rise above the rest as transformative events that rocked our region.  In this series, Crosscut reporters explore how our streets, neighborhoods, buildings and backyards are adapting — and how the very psyche and culture of the city might, too.

Next: Seattle could become the next 15-minute city

Hardship is nothing new for Seattle. The city we all lived in at the beginning of the year was one that had been rebuilt and reset after numerous disasters, both physical and economic. Normal Seattle has really been a series of new normals sometimes jolted into being out of the wreckage of the old.

In the recoveries of the past, we can find lessons for the post-pandemic city ahead. It is helpful to remember that calamities have inspired innovation, pushed us to take the city to a new level, made way for new technologies and spurred us to address longstanding problems. They’ve reminded us, too, of the need for support, moral and financial. We are not in this alone.

Consider the Great Seattle Fire of 1889, our first great urban calamity. On the eve of Washington statehood, the territory’s biggest town burned to the ground in a single day. Wharves, railroad depots, the entire business district and, it is said, a million rats were consumed. We were a boomtown that went up in flames, with 120 acres — 25 city blocks — of prime real estate torched.

In response to the fire, the community doubled down on its ambitions. A town meeting was held not long after the flames burned out, and the community, businessmen and bankers got together to decide next steps. There was little serious division; people came together in the wake of the disaster. A notable result of the meeting was a commitment from the banks to fund reconstruction — and if they didn’t have the funds, to borrow from bigger banks in bigger cities to get the means to rebuild.

There were a number of problems that contributed to the fire that could be fixed. Permanent wooden buildings were banned from the “fire limits,” the burned area. The new business district would be brick and stone, and stronger. The city instituted its first building code for sturdier and safer buildings. The office of building superintendent was created. Downtown streets would be widened to improve access and keep structures further apart.

Some fixes had nothing to do with the fire. The city’s sewer and stormwater system was fixed so the toilets downtown wouldn’t flush backwards when the tide came in, as they had sometimes done before the fire. That needed to be fixed, fire or no, but the fire boosted the will to tackle that along with the issue of a better water supply.

The fire highlighted a lack of water and water pressure during the fire. In a public vote a month following the fire, citizens approved a public water system, which was expanded in later years. Private operators were bought out. A degree of public ownership — call it socialism, if you wish — gave the city fresh water and a supply system that services us to this day with one of the best municipal water supplies in the world.

Seattle boomed in the following decades and absorbed a tsunami of growth from the 1880s to the 1920s as a result of a gold rush, industrial expansion, a vigorous resource economy, and wartime manufacturing for World War I. But the Great Depression, following the stock market collapse of 1929, was felt hard here.

Statewide unemployment reached 33%, 25% in Seattle. The unemployed built tent villages called Hoovervilles all around the city. City budgets were cut and social unrest increased, resulting in the violent dockworker’s strike of the early ’30s, to which the Seattle Police Department brought machine guns and gas, its first use here.

Seattle had seen economic crises caused by banks and policies far from the Northwest before — such as the banking crisis of 1893, which set the city back for a time before the Klondike boom. But Seattle and the nation needed help from the federal government to get through the Great Depression. And a focus of that work was on giving people jobs building roads, bridges and parks. 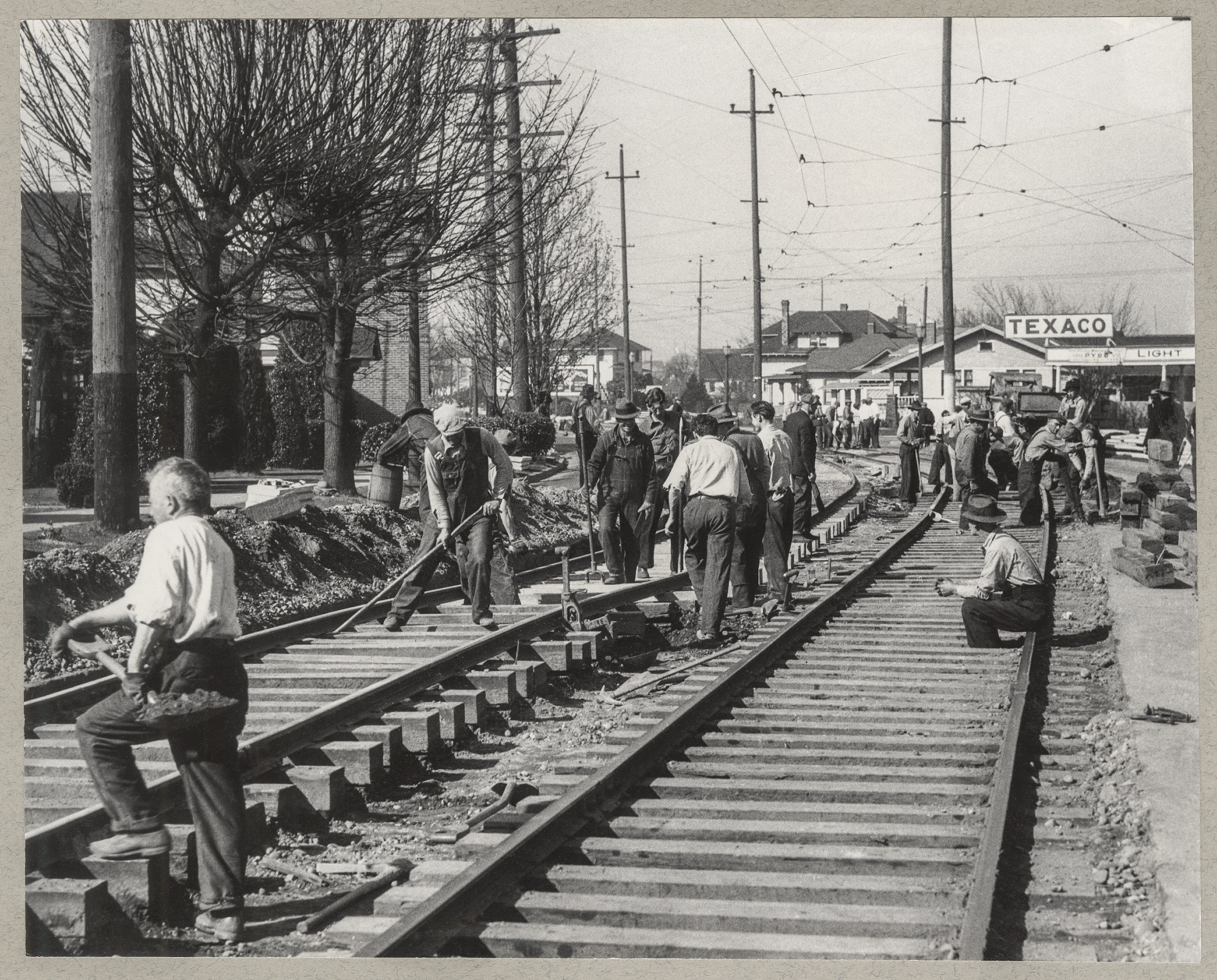 Federal funds created jobs for artists and creatives, too. They painted murals, designed posters, shaped sculptures, wrote guidebooks, put on plays. Northwest artists like Mark Tobey, Kenneth Callahan and Morris Graves were among those hired, as were the performers in a travelling Black theater group from Seattle.

The federal government reshaped the entire region with new infrastructure benefitting rural and urban folk alike and American culture generally. It tried to be inclusive, to lift people up and give them hope in a modernized landscape.

Perhaps the most significant event that shaped Seattle and the state in this era was the building of Grand Coulee and Bonneville dams, both started in the early 1930s. The dams furthered irrigation of more than a million acres for agriculture. The cheap power they generated not only boosted rural electrification but made it possible to manufacture the cheap aluminum that allowed Boeing to boom and help revive Seattle industry during and after World War II.

Boeing has been rocked recently by catastrophic failures and the pandemic’s impact on airlines. It remains an important presence here, but it is fading, with all 787 production being consolidated in South Carolina and its headquarters long decamped to Chicago. Still, it became a mainstay of the post-Depression new normal, and is vital today even with a shrinking footprint.

Our economy has been able to withstand change, in part because of how we recovered from the major recession that stopped Seattle in it tracks 50 years ago. Boeing back then suffered a slump in the market for aircraft, coupled with the loss of defense contracts and an enormous investment in the new 747, which was slow to take off in the market. Then Seattle's top employer, the company laid off 60,000 workers and the local economy tanked in what we refer to as the “Boeing Recession.”

That local recession was followed by a national recession and the gas crisis. This is the so-called “turn out the lights” era in Seattle, and it took the better part of a decade to recover. The ’70s were tough, but in that recovery we discovered some major assets.

The business community decided the Puget Sound region needed to diversify its economy so as not to be so Boeing dependent. Our livability turned out to be a major asset, as many laid off workers did not leave the region. Historian Roger Sale described it this way: “Though the economy was losing buckets of blood, it was not losing what it needed most, people, people with talents and ideas.” 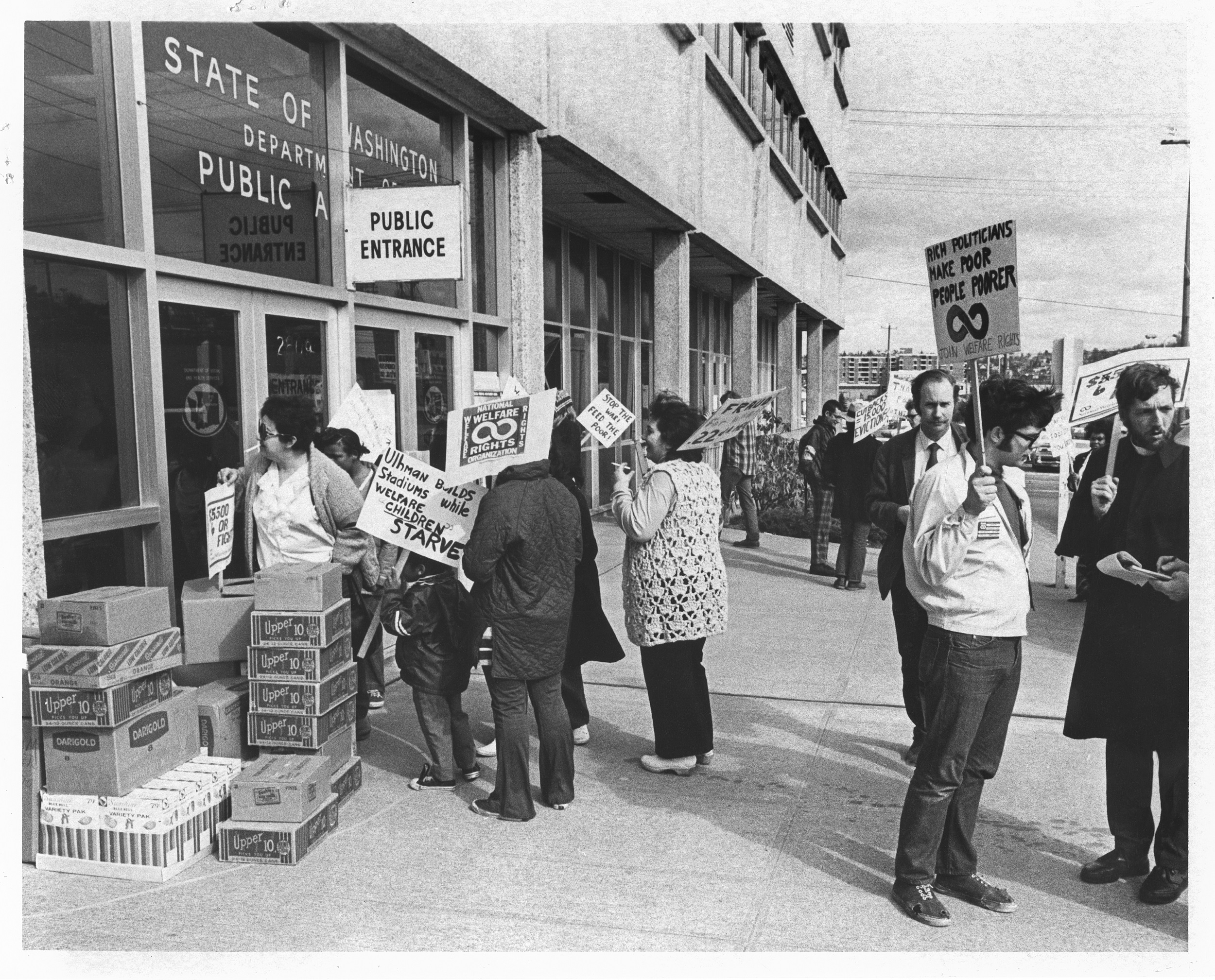 Many of the workers were well-educated and technology-minded. Protecting the environment from industrial degradation also became a bigger priority — residents wanted clean industry, and a cleaner environment. A Rand Corp. study of the Boeing recession in 1973 found it notable that people specified “low polluting” industry — something not usual in other communities looking at economic recovery and growth. Rand thought that might limit our future options.

It did not. Laid off workers stayed, started new enterprises, and Seattle attracted a new tech sector. Young locals Paul Allen and Bill Gates, for example, brought their new company, Microsoft, to town in 1979. That launched a new era in Seattle industry that extends to the present in myriad ways.

It is notable, too, that the ’70s were a decade when so many of the things we think make Seattle Seattle came into being, much of it the result of activism, responsive government, forward thinking, entrepreneurship and grassroots creativity. It was a bottom-up recovery that reshaped Seattle’s cultural and social landscape.

A short list of the civic accomplishments of the time includes saving the Pike Place Market; stopping a series of neighborhood-damaging expressways, including the infamous R.H. Thomson; saving and protecting Pioneer Square; creating nationally recognized Gas Works, Freeway and Discovery parks; and acquiring the Burke-Gilman right of way. It was the time that launched Bumbershoot, Gay Pride parades, and the Seattle International Film Festival. The city’s P-Patch program was launched, so were Starbucks and Medic One. Activist occupations resulted in facilities for El Centro de la Raza on Beacon Hill and Daybreak Star at Fort Lawton — both concessions of public land to boost diverse communities. Civil rights actions pushed for continued resources for Seattle’s Black community, as well as greater equity, such as integrating the construction industry and embarking on public school desegregation. Asian-American activists succeeded in getting protections to preserve the International District.

The Boeing Recession could have been a death knell, but instead it was a clarion call that led to improved livability for more people, and the kind of economic diversity that will help us weather the current crisis.

It's impossible to say how Seattle will recover from the pandemic, but I take comfort in knowing that the city has a history of using challenges to better itself for the long term. Public utilities, improved infrastructure, more equity, more investment, grassroots creativity and activism. We haven’t built the perfect world, but we’ve made progress. Responding to crisis has been a key.