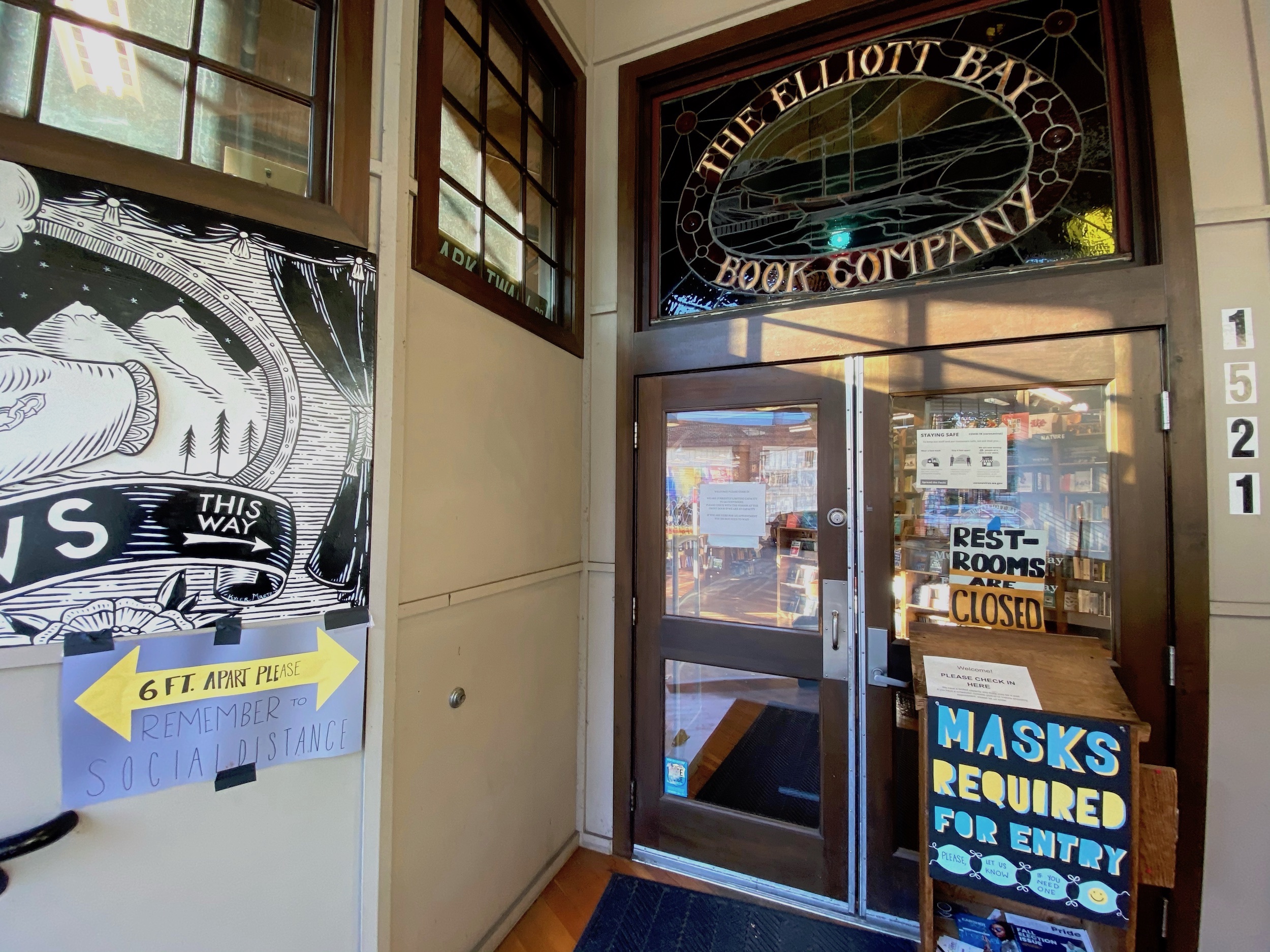 The countless cancellations due to coronavirus precautions have dealt a massive blow to the local arts and culture scene. Not only are there fewer and fewer opportunities for culture fans to engage with arts, organizations and individuals are scrambling to replace lost income. But the creative economy is getting creative, and we’re already seeing some inventive workarounds. I’m arts and culture editor Brangien Davis with news from a whole new world.

At Elliott Bay Book Company Tuesday night, staff members set out far more blue chairs than needed for the poetry reading. Not because they overestimated the crowd — in fact a good number of people poured into the basement to hear rockstar local poets Sierra Nelson and Kary Wayson. No, the extra chairs were supposed to stay empty, a staff person explained, “so you can practice your social distancing.” (The phrase was still new and strange, way back then.) The audience laughed, a little nervously, and kept greetings to elbow bumps.

Such is the Seattle arts scene under coronavirus. And, given the many cancellations that have occurred in the last 72 hours, that poetry reading was likely a last vestige of public arts gatherings for the season. The many cultural cancellations — while necessary — are threatening the livelihoods of local artists and the wherewithal of arts organizations in ways far more immediate than the tech boom ever did. Even the bigger arts venues are struggling, including Pacific Northwest Ballet, which had to cancel the opening of its much anticipated new show, One Thousand Pieces.

“It’s very expensive to open the doors at McCaw Hall,” PNB Executive Director Ellen Walker told me. “We were already operating on thin margins.” She says that while canceling is the right thing to do for public health, it will mean a loss of over $1 million — plus $1.5 million more if show closures continue through April. Walker is thankful to be able to offer ticket holders for One Thousand Pieces a video of the dress rehearsal of the show (ticket holders will receive an email with a link on Monday).

PNB is just one of the many local arts orgs developing creative workarounds during this crisis.

Hugo House has moved all its spring writing classes to video format. Scarecrow Video is testing a new (old-school) video rental and return program, based on the good old U.S. Postal Service. Washington State Poet Claudia Castro Luna has created a web forum called Poems to Lean On, where people can submit the poetry that is getting them through this stressful time. Cutting-edge performance venue On the Boards has removed all fees for its innovative OTBTV program, wherein viewers can see performances they missed or want to watch again (here’s looking at choreographer Crystal Pite’s gripping Dark Matters, and Ahamelfule Oluo’s jazz/memoir performance, Now I’m Fine). Once you’re hooked on the free viewing (offered through April), consider thanking OTB by subscribing to the regular service ($50 a year).

If you can’t stand the sight of your living room any longer, some galleries are open by appointment — which sounds much fancier than it is. You don’t need to buy anything, just take in a private viewing (and wash your hands before and after). Winston Wachter Gallery has a show called Power of Pastel: Soothing Effects of Color, featuring work from a range of artists (Amanda Manitach, Peter Gronquist, Susan Dory, Claire Partington) in nonjarring hues. Mad Art Studio, located in the virtually abandoned South Lake Union neighborhood, has Aperture, a terrific installation of Ian McMahon’s giant puffy, pillowy white poofs — the secret of which can be seen only from the back side.

On Thursday, the Seattle Symphony Orchestra announced its own workaround: free concert broadcasts. “I believe music has the power to transform lives and bring people together in new and surprising ways,” said music director Thomas Dausgaard in a press release. “Even though we can’t gather at Benaroya Hall, I’m so happy we’ll still be sharing musical moments together, whether you’re at home in Seattle or halfway across the world.” The Symphony is broadcasting Mahler’s Symphony No. 1 Saturday night on YouTube and Facebook (March 14 at 8 p.m.), and more broadcasts and live streams are in the works.

Even cultural icon Canlis restaurant has changed its tune. The upscale-dining legend is temporarily turning itself into a bagel shop and drive-through burger joint, starting Monday.

Just as arts organizations are getting creative, it’s our job as aficionados to generate new ways to support these groups and individuals during this tumultuous time. If you already bought a ticket for an event that has been canceled, consider the price a donation, rather than asking for a refund. Or just make a direct donation to the arts groups you love. Order a local author’s book from an independent bookstore and use social media to tell people why they should buy it, too. Got a favorite Seattle band? Live gigs aren’t paying the bills right now, so go crazy on the merch page. Sure, your cat is the only one that will see your cool new rock T-shirt for a while, but it’s all for a vital cause — keeping local arts alive. (Find more ideas in our weekly Things to Do, this week a special edition featuring things you can do to support the arts.)

Meanwhile, please enjoy a few of our recent stories in the sidebar that remind us of the many artists and creatives that make our city vibrant — and the many reasons we need to be extra-large arts supporters right now. 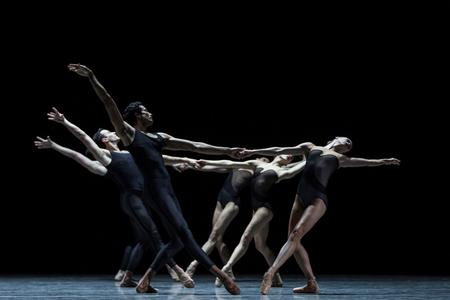