The politics at the heart of Chief Carmen Best’s resignation

From the view where a Crosscut City Hall reporter sits, here’s his quick take on what drove Chief Best to suddenly retire. 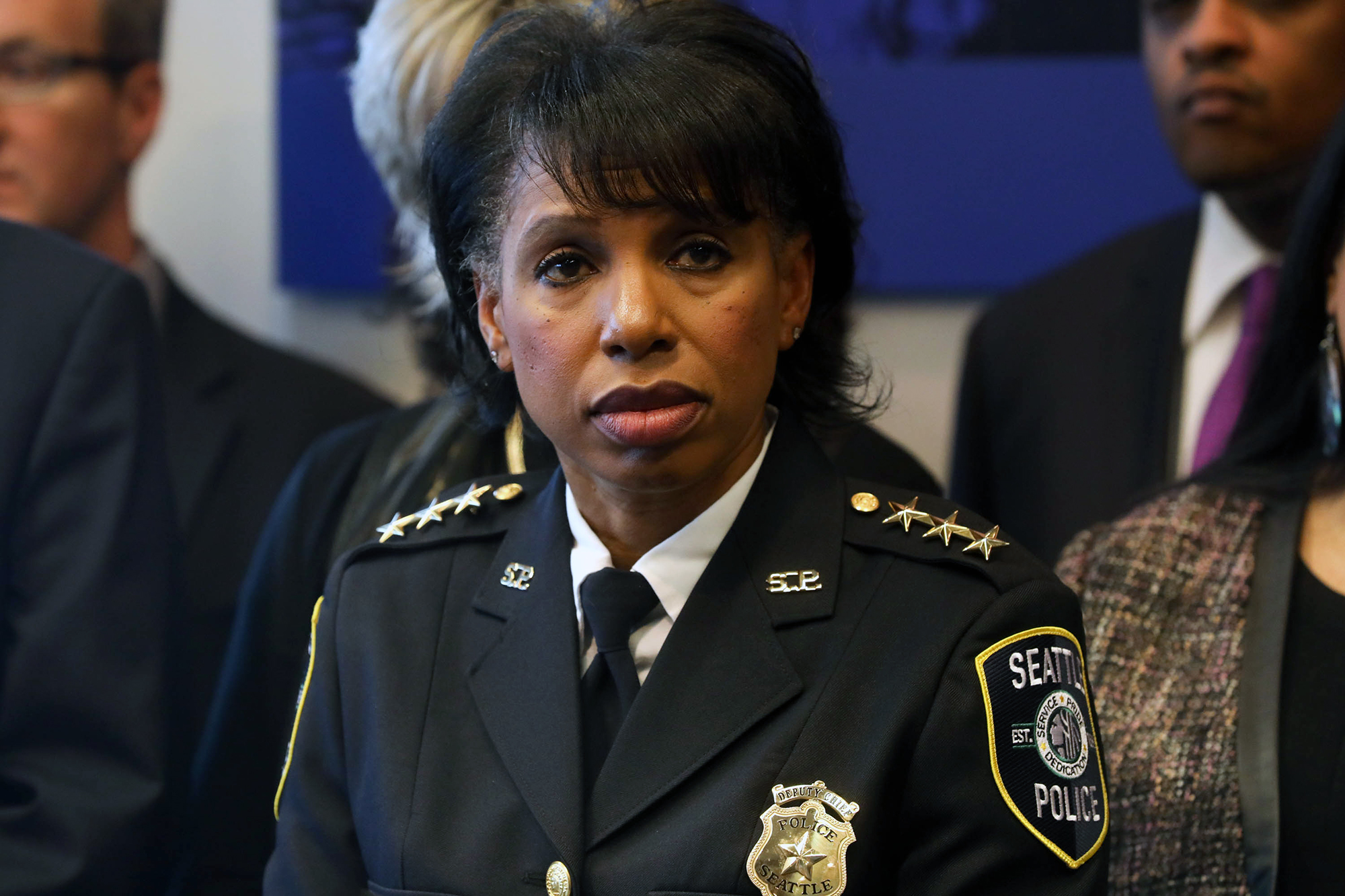 In late 2017, then Deputy Chief Carmen Best was announced as interim police chief of Seattle Police Department before she took over the position formally in 2018. (Matt M. McKnight/Crosscut)

Seattle Police Chief Carmen Best is steeped in her department’s culture. She’s been there for 28 years, bouncing between positions in nearly every corner of the organization. At every opportunity, she will talk about how much she loves the Seattle Police Department. In other words, Carmen Best is a cop.

Politics, on the other hand, were something new for Best. She would often claim in public that she was not political, even as she would say something explicitly political. But while she may not have wanted that aspect of the job, for Best, her relatively short — and, as its first Black female leader, historic — tenure atop the department was soaked in the politics of City Hall. In the end, it was what finally spurred her decision to leave.

The marching orders for Best’s predecessor, Kathleen O’Toole, were much more clearly political. Then-Mayor Ed Murray wanted to put an end to ongoing federal oversight of the police and O’Toole was there to achieve that.

When O’Toole left, a subcommittee of the search team to replace her decided that Best should not be among the finalists. The reason? Because she was an insider. The small team decided that the department would still benefit from an outsider who could examine the department with colder eyes.

But the backlash to Best’s exclusion — from the community and, notably, from within the department — was so fierce that Mayor Jenny Durkan reshuffled the deck of finalists. Best ultimately won the job, but it had become a political miniscandal. Best was no longer just a cop.

Best enjoyed a quiet period — at least by chief standards — for many months. Homelessness, not policing, was the focus of City Hall.

And then came the the anti-racism protests spurred by the killing of George Floyd. There was no such thing as “not being political.” Best’s authorization of tear gas infuriated protesters and members of the Seattle City Council and helped set off a cascade of events that led to last week’s budget cuts to the Seattle Police Department. For Best, there was no toiling in anonymity. Decisions to use so-called less lethal force, the abandonment of the East Precinct, the establishment of the CHOP protest zone and the fight to “defund the police” all demanded Best to have answers and alliances.

When she announced her resignation, her short explanation was that she didn’t understand the plan from City Hall; she didn’t want to be told to fire people; and she didn’t appreciate what she perceived as disrespect. She blamed the Seattle City Council. In other words, the politics of it all.

We’ll be using this Inside Crosscut column and our weekly newsletter to frequently talk about our team's storytelling, as well as newsroom transparency and journalistic practices. We welcome your help in guiding what we talk about. Fill out the form below or email audience engagement manager Anne Christnovich to let us know what you think.