Election 2020: Take our poll on democracy in WA

Democracy is at stake this November. Crosscut Opinion wants you to help shape our election coverage. 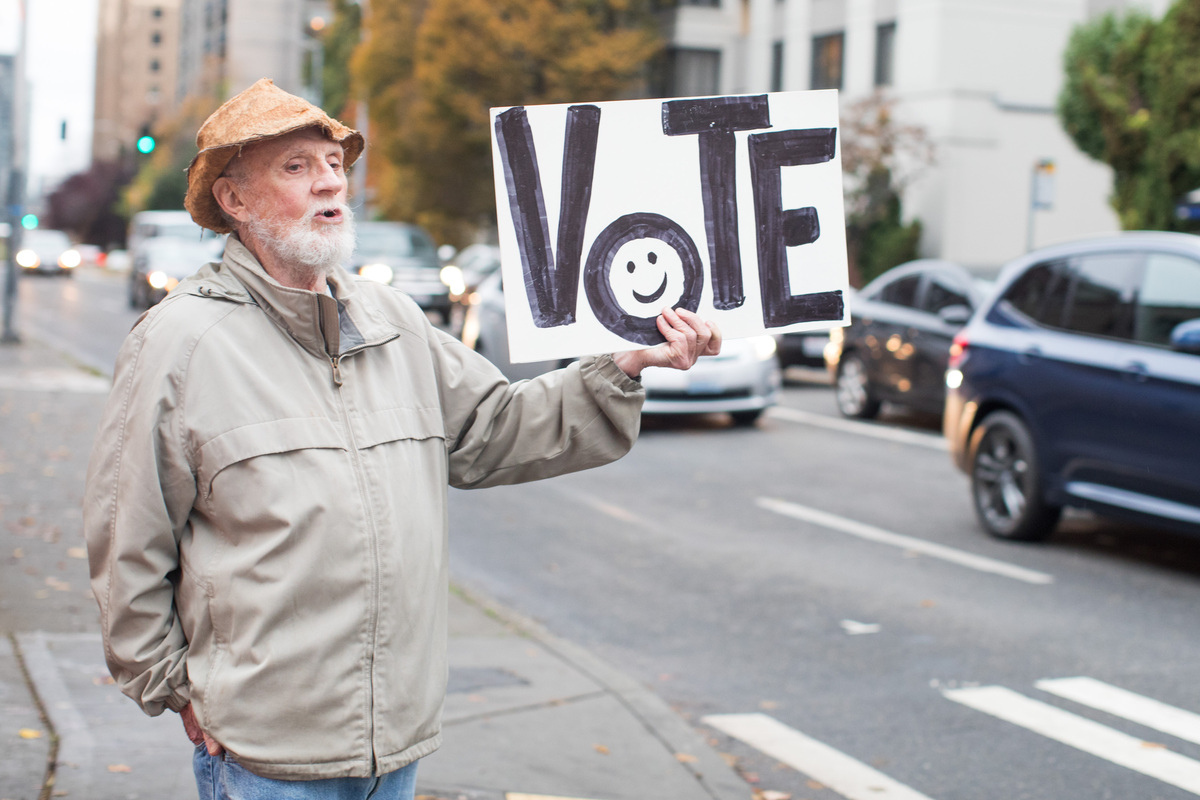 In 2018, David Nash took it upon himself to encourage people to vote by holding up a sign on a corner of First Hill in Seattle over multiple weeks. “I’ve got the time to do this and it’s a privilege," he said. "I just want to make sure people vote.” (Matt M. McKnight/Crosscut)

It’s been a year of extraordinary convulsions in the United States. That’s why Crosscut Opinion has been thinking a lot about democracy.

A presidential impeachment (remember that?), a global pandemic, an economic crisis and a mass movement against racism have all served to thrust our political system into harsh light.

Some observers argue the system is being pushed to its limits but working as intended; others contend it has already failed; still others insist that, for some, it never worked in the first place.

As the presidential election looms, Crosscut Opinion wants to spend time reflecting on the state of democracy in the northwest corner of the American republic — and we need your help. In the weeks leading up to the election, we will publish a series of essays exploring democracy from the point of view of Washington state, and we want to know where you want us to focus.

In the poll below, choose three to five topics that are most interesting or most relevant to your life. The list, though not exhaustive, represents democratic processes and institutions that will affect us all, no matter who’s elected.

We’ll gauge interest and, at that point, after voting closes on Friday, Sept. 11, we’ll get to work finding writers — journalists, activists, historians, political scientists and other scholars — who are best equipped to connect the democratic topic to what’s happening today, and what might come next. In October, we will roll out the essays, which we hope will provide a snapshot of democracy in Washington state at this moment in history.