What our interview podcast taught us about Election 2020 and Trump

From conversations about corporate misinformation to meat packing, the president almost always comes up on Crosscut Talks. 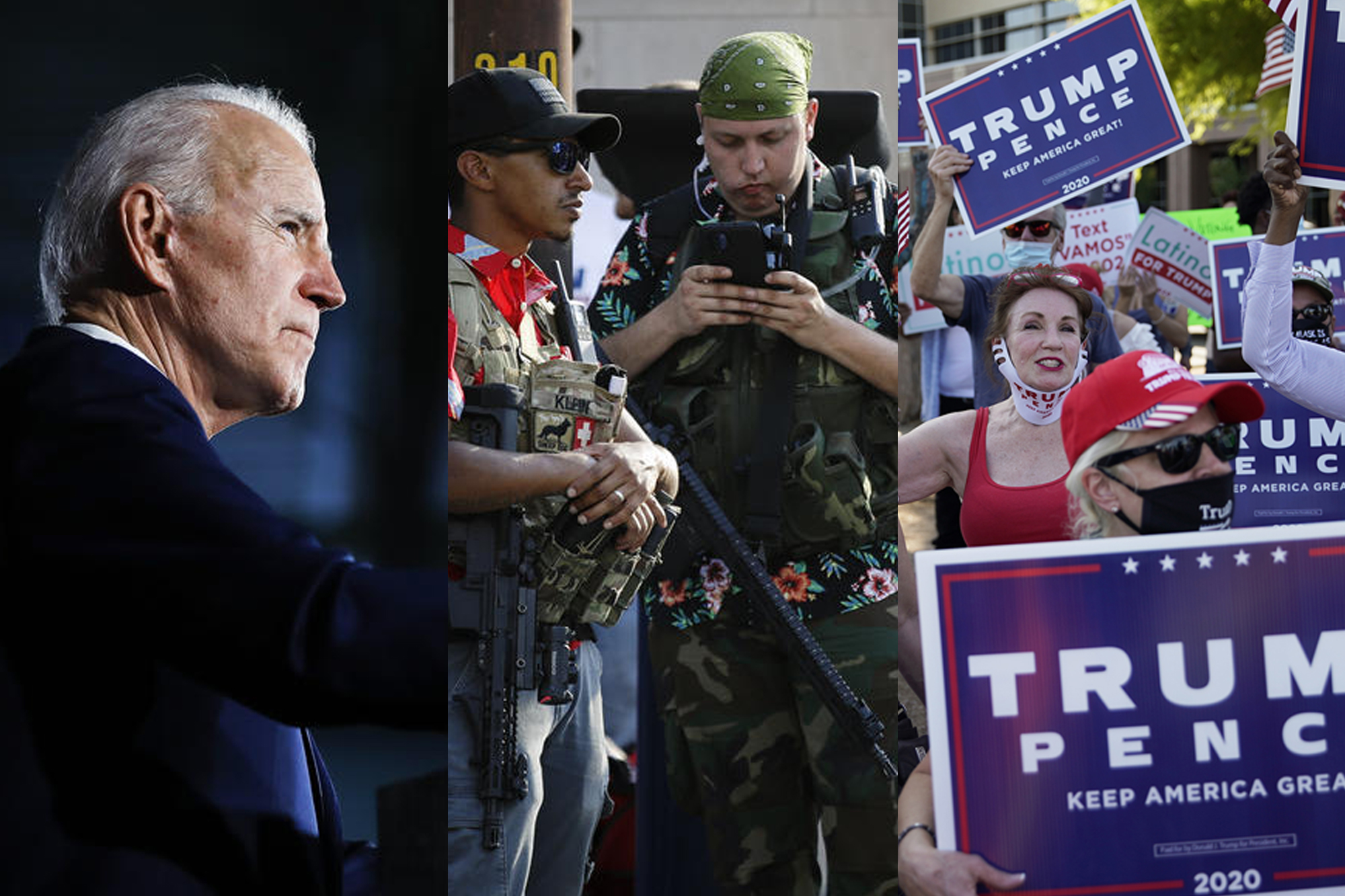 It was Friday, June 19, when I settled into my home podcasting studio to speak with John Dickerson for an episode of Crosscut Talks. The CBS News correspondent and noted White House watcher was promoting his new book and just happened to be speaking with me at one of the uneasiest moments of recent American life, which is really saying something.

Just over three weeks after the killing of George Floyd by Minneapolis police, American streets were still filled with protesters demanding an end to racist policing. President Donald Trump had fanned the flames by scheduling his first major political rally to take place in Tulsa on June 19, the Juneteenth holiday commemorating the end of slavery in the United States. The city in Oklahoma was the site of the racially motivated mass murder of hundreds of Black Americans in the early 20th century.

Following widespread outcry, the Trump camp relented and rescheduled the event to June 20, but the narrative had been set. Like so many other things in American life, the remembrance of the country's history of slavery became inseparable from the president. To think of Juneteenth in 2020 is to think about Trump.

It has become almost impossible to not think about the president. Much in the same way that he called on local officials to “dominate” the streets in the face of the protests that continued throughout the summer, Trump dominates synapses that may rather think of something else.

This is the most obvious takeaway from this season of the Crosscut Talks podcast, in which I've had weekly conversations with journalists, authors and leaders about a variety of topics. And almost every week we end up talking Trump.

The launch of this season of the podcast coincided with major shifts in American life — the pandemic, civil unrest, economic collapse — and while the catalyst for those changes emerged far from the White House, the fulcrum was its chief resident. Of course, domestic politics were often the focus of these conversations. But Trump came up even when politics weren't the focus. Corporate misinformation campaigns, race relations, meat packing: He loomed over it all.

The conversation with Dickerson was no exception. His latest book, The Hardest Job in the World: The American Presidency, delves deep into the history of the office to arrive at a formula for a great American president. It’s not really about Donald Trump. But it is really all about Donald Trump. The specter of the current president haunts every story, transforming every conclusion from an academic exercise to a live critique of the current occupant of the White House. What rings true for any president bangs like a gong under Trump.

That the current president is challenging the norms of the office that uphold those ideas is not really up for debate. The effect of this behavior on the country, though, is far less figured out. Even Dickerson allowed that Trump was more likely to be an oddity than a new model for American leadership. And when I asked Henry Olsen about the idea that a second Trump term would be a threat to American democracy, the conservative Washington Post columnist and vocal critic of the Trump administration was unequivocal in his response.

I think about those two sentiments a lot, about the tension between them, but also how they support each other. This country is built upon a set of mere ideas, Dickerson is saying, but they are holding strong, says Olsen.

Olsen has, perhaps, more faith in the ability of our institutions to withstand political meddling than most of my other guests or my listeners, but his point is one to consider. We are not only a country built on ideas, but one that is built to facilitate new ideas. And as long as those ideas are able to be expressed, to find an audience and to take hold, America will continue on.

I think a lot about the ideas that have been shared with me over the past five months, ideas that are growing in the shadow of this all-consuming presidency. It is these ideas — Nikkita Oliver’s vision for community-fueled public safety, Leah Stokes’ enthusiasm for a more efficient electrical grid, Olsen’s optimism for a less radical Republican Party, Margaret O’Mara’s forecast for an innovative, regulated tech sector — that stick with me after the conversation.

To be honest, some weeks these ideas have kept me going. I don’t always agree that they are feasible, or even good. But they are a vision for the future, and right now it’s just nice to sit and talk to smart people about what is possible.