Election 2020: What mattered most to you?

Election cycles showcase pundits and politicos, but we want to hear your experiences, too. 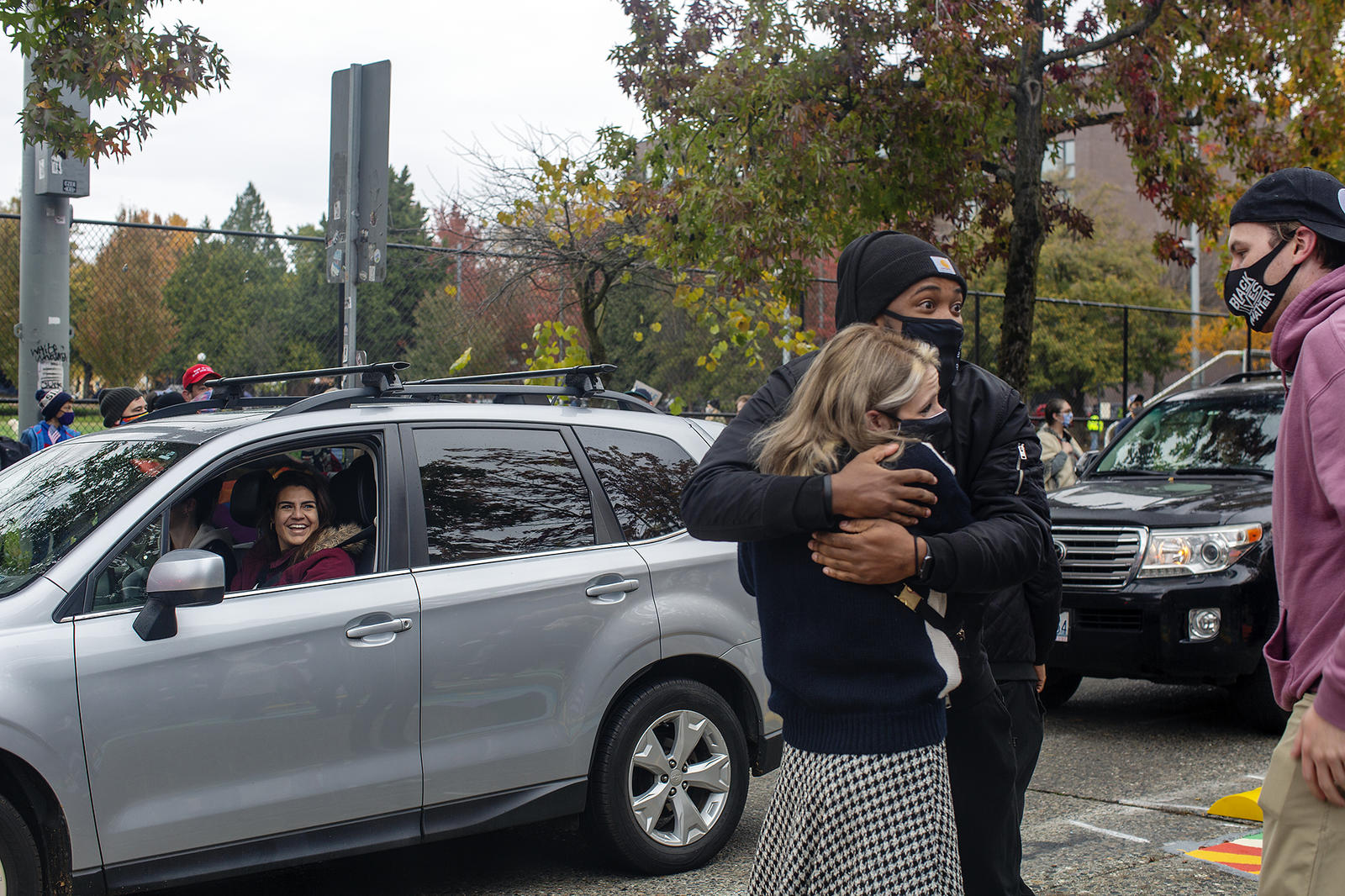 Revelers took to the streets of Seattle on Saturday, after the election was called for Joe Biden. Across the nation, similar public celebrations were taking place in Philidelphia, Washington, D.C., New York, Los Angeles and more. (Shaminder Dulai/Crosscut)

In many ways, last Tuesday feels like eons ago, and Wednesday through Friday were on par with the rest of the year — long and uncertain. But we wanted to take a moment to tie up some loose ends on the election season before our attention turns back to the other pressures of 2020.

First, there were a multitude of historic moments from this week. Voter participation during the deeply contentious presidential election is expected to be the highest since 1900. Washington became the first state where voters approved mandated sex education in public schools on the ballot. Oregon became the first state to decriminalize small amounts of most drugs. Several states elected their first openly LGBTQ legislators.

But what about you? How are you doing? We’ve heard plenty from political pundits, but we wanted to help capture the moment by documenting in your own words how you view this year’s election — from president down to local ballot items. Submit them here. We posted a callout on Tuesday and have already received some thoughtful responses (check them out if you need ideas).

Of course, while the election may be over soon, its repercussions will continue. Here’s what you can expect from Crosscut in the coming weeks:

The Washington secretary of state is still counting ballots for federal and statewide races, and a few races are still too close to know the winner. The Associated Press makes many projections, but even when a race is “called,” county election offices will continue processing ballots that were postmarked by Nov. 3. The Secretary of State’s Office posts one update per day on its website. The results will be certified on Nov. 24.

Crosscut doesn’t typically report on national politics, but we will be following the impact of the national vote on local people. Here’s what our newsroom will be focused on in the coming weeks:

We’re a pretty small newsroom and our aim is to fill in gaps in reporting — we try to dig deeper on a topic or find an issue that isn’t being discussed by other media. With uncertainty and skepticism toward misinformation, we thought it would be a good idea to outline what we do to ensure accuracy and reliability in our reporting.

For each story we require:

What questions do you have about Washington in the aftermath of the Nov. 3 election? Ask us, below. Your questions could help shape our future reporting.

Anne Christnovich is a former Audience Engagement Manager at Crosscut.