Amazon, antitrust and a series about the future of capitalism

Join columnist Katie Wilson on a journey through the past, present and possible future of the fight to break up America's monopolies. 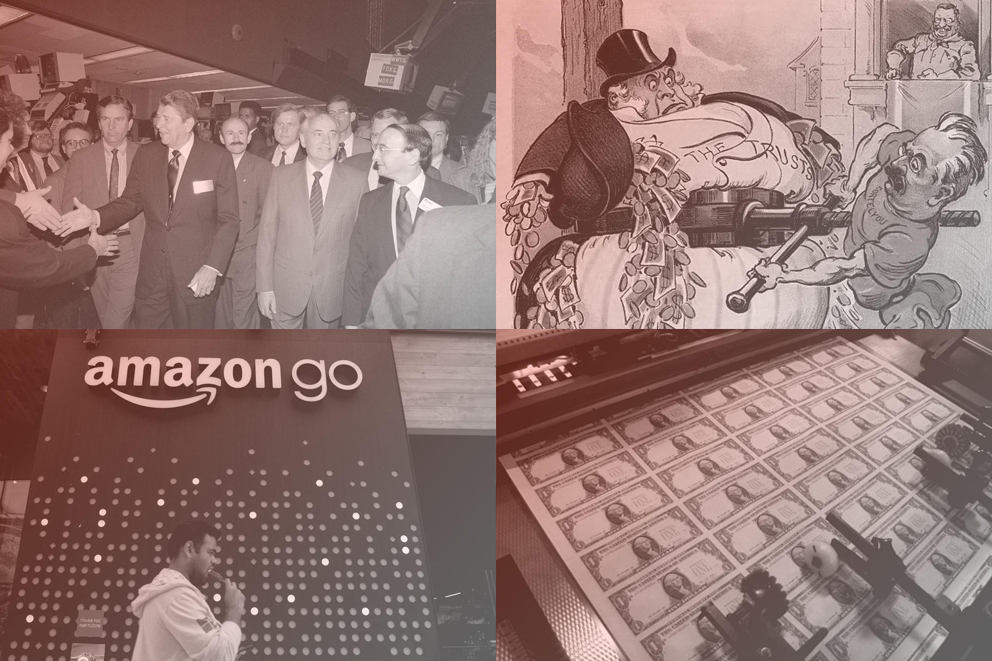 Big Tech crept up on us the way Amazon crept up on Seattle. One day, the online retailer was an unassuming presence in sleepy, industrial South Lake Union. Then it was everywhere: transforming our cityscape, driving housing costs sky high, playing hardball over taxes and throwing cash at local elections.

Seemingly overnight, Amazon, Apple, Facebook and Google gained a sway over our lives and economy unparalleled since the great trusts of the Gilded Age.

It’s taken a while for us all to catch up. But now scholars and policy experts, advocates and organizers, civil servants and elected officials are starting to weigh the perils of 21st century monopoly power and what to do about it. Break ’em up? Regulate the digital economy?

Antitrust, the area of law and public policy that addresses these perils and promotes market competition, is suddenly a hot topic. As of last Wednesday, Facebook faces lawsuits from the Federal Trade Commission and dozens of states. Amazon could be next. Antitrust, trained on Big Tech, will be one of the big, contentious issues of 2021 and beyond.

So, I decided this was a good time to dig in and figure out what the fuss is all about. The result? A six-part series on Amazon and antitrust. When I set out, I had plenty of big questions running through my mind: When does a corporation go from being really good at capitalism to breaking the law? Who draws that line, and how? Why did regulators let Big Tech get so powerful in the first place? Would a dozen smaller Amazons be any better than one enormous Amazon?

As I poked around online, most the articles I found didn’t get to the heart of my questions. So, in my own series, I took a deeper dive into the history of monopoly and antitrust. In the second, third and fourth columns, we travel all the way back to ancient times and then wend through the past 150 years, exploring how antitrust law and attitudes toward corporate power have shifted, often dramatically, with the growth of capitalist markets and under the influence of economic crises, social movements and political ideologies.

Column number five homes in on Amazon, discussing how the company throws its weight around and what could happen to it if Congress and the antitrust enforcement agencies start playing offense. Jeff Bezos’ empire is unique in how it is rapidly reshaping not only the digital world but our tangible, physical world too. Of all the tech giants, it is Amazon and its voracious, seemingly limitless appetite for expansion that invites us to ask the biggest questions about the future of our economy and our society. In the final column of the series, I take an imaginative — and, I hope, illuminating — journey to the future, to see what might happen if we let Amazon run the world.

Each of these columns stands alone, though of course I hope you’ll read them all and let me know what you think. Bon voyage!

(Disclosure: The organization the author works for, the Transit Riders Union, is a member of a coalition that is critical of Amazon on many issues including antitrust.)

This story was first published in Crosscut's Weekly newsletter. Want to hear more from reporters and columnists like Katie Wilson? Sign up for the newsletter, below.