An adventure through the sounds of Washington’s wildest places 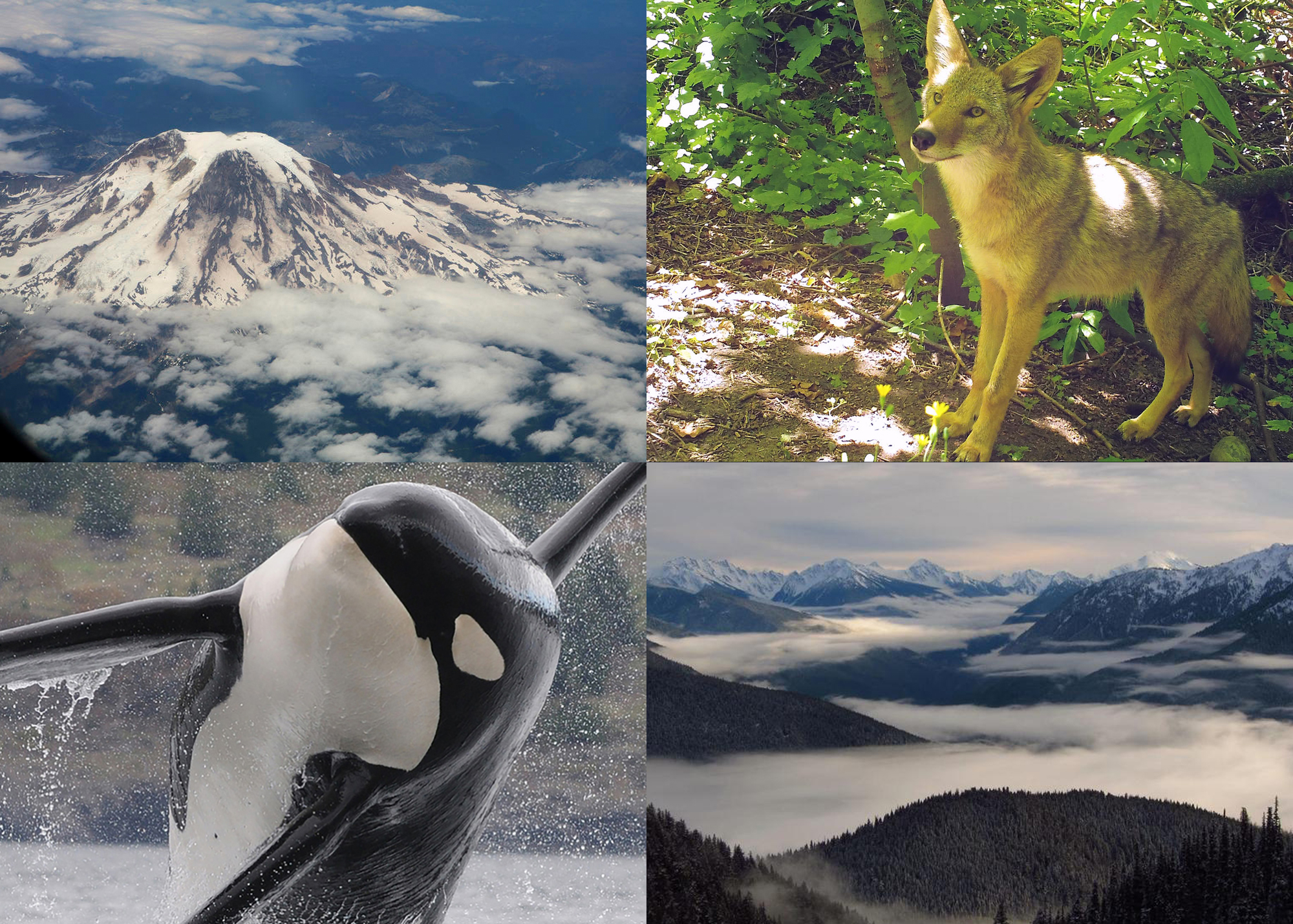 In the first season of Crosscut Escapes, we've taken listens to the top of a volcano to the depths of the sea. (Clockwise from top left: Ritu Shukla/AP; Seattle Urban Carnivore Project; Dave Turner/NPS; NOAA Fisheries/National Marine Fisheries Service)

Almost no one needs me to tell them how brutal 2020 was, and I’m sure plenty of others also expected the wicked hangover that spilled into early 2021. Through all of the pain and suffering, many of us longed for one thing that has consistently eluded us: escape. And if you’re like me, the rare place one could find it was outside.

That was the nugget that inspired our latest podcast, Crosscut Escapes. The natural world is part of what makes the Pacific Northwest and Washington, in particular, a fantastic place to live, and that has become even more important during a pandemic. We thronged to our streets, trails and wildernesses as a way to connect to the living outdoors. It was also where we could connect with friends, family and strangers safely.

Outdoor adventure has deep roots in the Northwest, but so many people laced up their hiking boots or paddled a kayak for the first time because of quarantine isolation. And no matter your level of experience, I guarantee there are mysteries left to uncover and places with hidden secrets. Crosscut Escapes was designed to help listeners feel as though they’re on an aural tour of some of our most special outdoor places when we can’t physically be there — especially as the dark, cold months make it harder for some to get out. But hopefully it will inspire you to see them.

To construct this adventure in the mind, we built the episodes around two core elements. First, we invited scientists, adventurers and other experts along as guides. Second, each episode features a signature sound “hook” from these locations to immerse you within them. The effect is having an oceanographer explain what the orca squeals you hear actually mean, or how the temperate rainforests of Olympic National Park can be designated the quietest place on Earth when it’s permeated with elk bugles, birdsong and the constant pitter-patter of rain.

Though each episode is built around places and their wild inhabitants, I tried to never lose sight of people: who cherishes and relies on these places, how those who might live far away or have never been might help protect them. Sometimes they conjure small miracles. That includes tribes that have brought salmon to spawn above Columbia’s seemingly impenetrable dams, and adventurers who lead trips through Washington’s forgotten and imperiled shrub-steppe ecosystem.

I hope Crosscut Escapes feels like a break from the pandemic grind we’re all still called to endure. If you can forget about that for just a few moments, then we’ve done our job. I hope to see you out there someday soon.

Listen to the first four episodes, below.

This story was first published in Crosscut's Weekly newsletter. Want to hear more from editors like Ted Alvarez? Sign up for the newsletter, below.