It’s hard to look away from the insurrection at the U.S. Capitol and armed protests in Olympia, especially if you’re a journalist under attack. 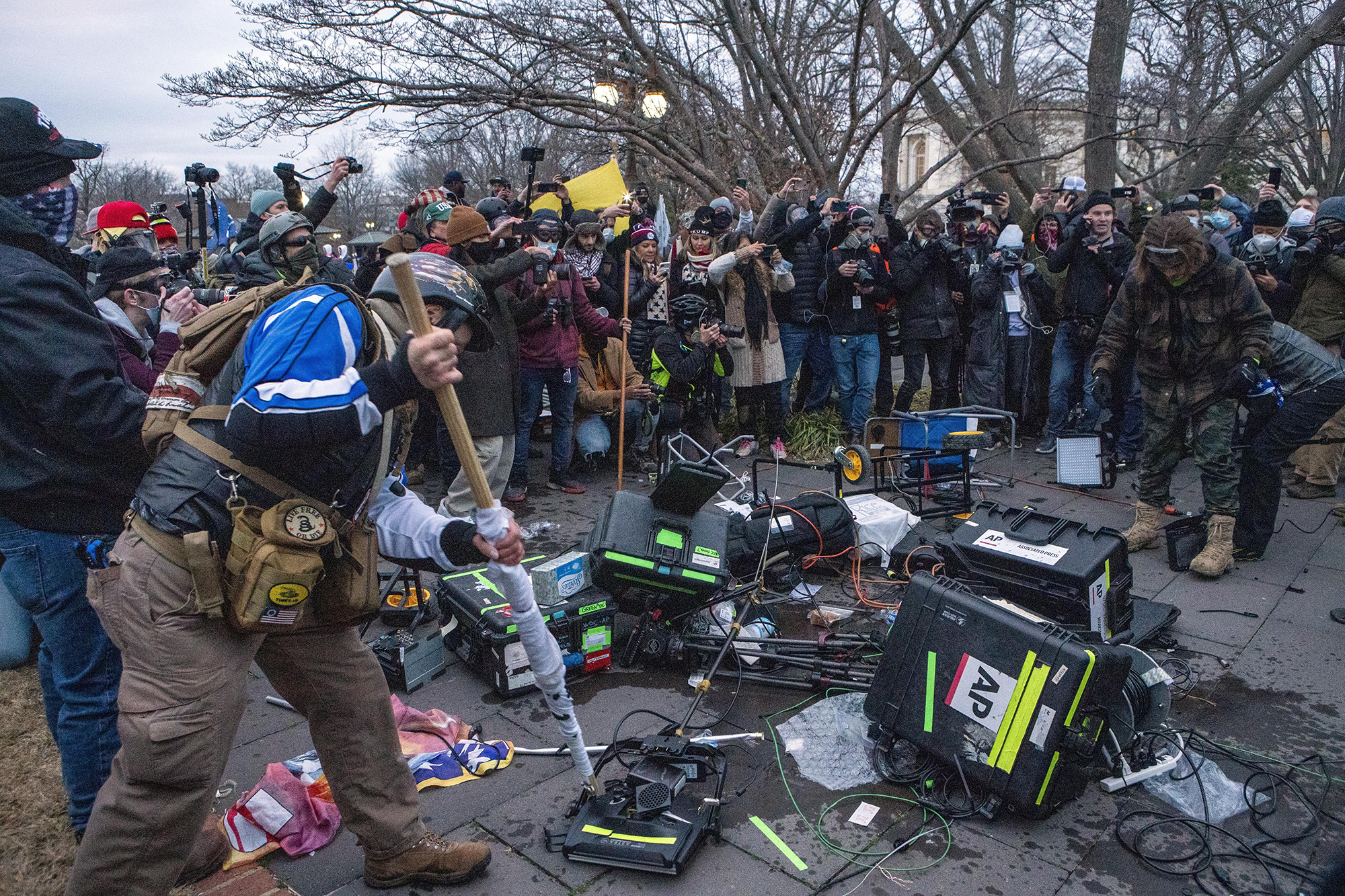 Most journalists do their best to stay out of the way of the story they are trying to tell. We are not the news; we are the messengers. But there are occasions when the world tilts a little too far and staying in the background is just not possible.

On Wednesday, in Washington, D.C., and in Olympia, journalists were forced into the spotlight by the people they were trying to cover. They kept their cameras rolling and stayed as calm and professional as possible while well-armed militants shouted, “Death to journalists.” Shauna Sowersby, who covered the protests in Olympia for Crosscut, said threats against journalists peppered the event on the Capitol campus.

At one point she tweeted, “Today I heard a man yell, ‘kill all reporters!’ from a person holding a gun (as I was crouched next to him) at the Washington State Capitol Building, only to hear many others cheer in support.”

She sent me videos of the vitriol, so we could both bear witness to the violent speech. And then she went about her business, talking to strangers, gathering details and quotes for her story, sending me photos, being the professional she is.

I’m almost certain, in the moment, I was more worried and upset than Shauna was. What if one of those armed protesters decided Wednesday would be a good day to follow through on those threats and kill some journalists? Shots were fired at a violent protest in Olympia in December. It could happen again.

Direct violence against at least one journalist did happen on Wednesday in the other Washington. Rioters attacked a New York Times photographer. Erin Schaff’s recounting of the incident was chilling.

Journalism can be a dangerous profession. According to the Committee to Protect Journalists, 32 journalists were killed around the world in 2020. Most of them were murdered for doing their jobs. None of those deaths happened in the United States, but death threats against journalists in this country seem to be on the rise and have been especially acute since 2016.

Are those threats all talk? We have no way of knowing. But as the Brady Campaign to Prevent Gun Violence points out, 313 people on average are shot in the United States every day. Thirty-seven are murdered, 95 are intentionally shot by someone else and survive, and 63 die by suicide.

Washington state lawmakers spent the first minutes of The Associated Press’ annual legislative preview event expressing their concerns for journalists who had been threatened on the Capitol campus this past week. Security has increased for the legislative session, which begins Monday. But based on what happened in Olympia and Washington, D.C., this past week, lawmakers and journalists must be thinking a lot right now about the dangers of working in support of our democracy.

This story was first published in Crosscut's Weekly newsletter. Want to hear more from editors like Donna Gordon Blankinship? Sign up for the newsletter, below.