The revered doctor’s exit has caused an uproar from the Black community and a reckoning for Seattle Children’s Hospital. 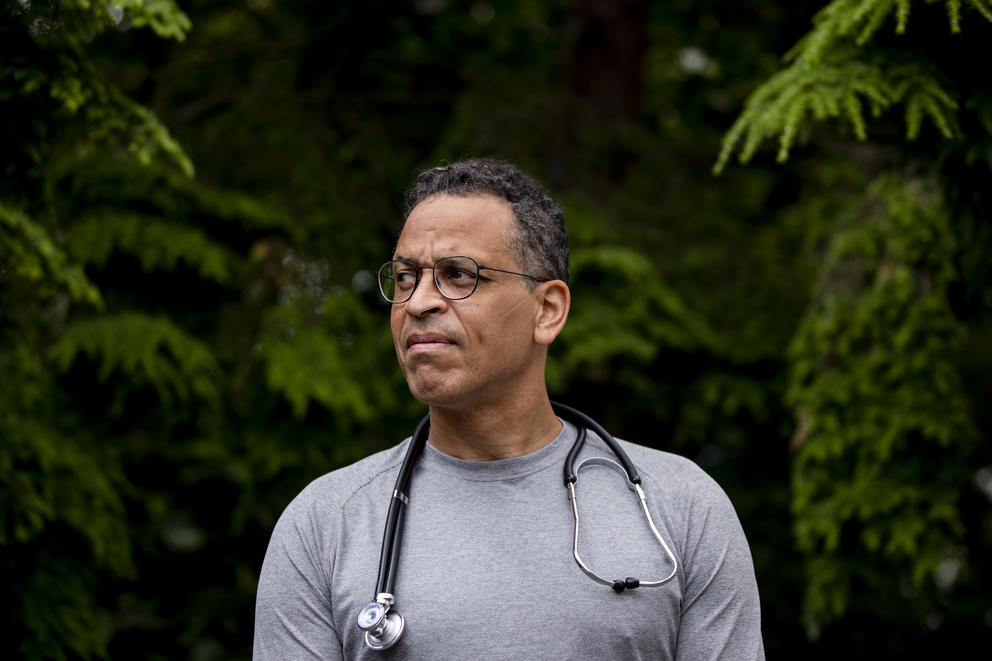 Even before I learned the details of why he was leaving, I knew that it was a big deal for Dr. Ben Danielson to step down as medical director of the Odessa Brown Children’s Clinic. I had written about the clinic before, and it was clear to me that Danielson’s presence in Seattle was larger than that of a typical medical practitioner. He was an unequivocal advocate for communities of color, a rare Black doctor in a leadership position and a caring provider.

So when I first read the email he sent to his staff — enumerating his allegations of racism at Seattle Children’s Hospital — it was clear to me that this would be a big story. Not only was a revered doctor stepping down, but he was doing so as an act of protest, at a time when the public is highly attuned to disproportional treatment within our largest systems.

The response was overwhelming. Within days, it became among our most read stories of 2021. My inbox was full of emails from people with stories about Dr. Danielson, the racism they had encountered in medical institutions or both. Activists organized protests, wrote letters, launched petitions. Elected officials called for accountability. Macklemore made a sweatshirt that read, “I Believe Dr. Ben Danielson.”

Children’s responded as well, pledging a close examination of its policies and practices and asking a member of its leadership to step down. On Friday, the hospital announced it had brought on former U.S. Attorney General Eric Holder to lead the investigation.

It was as if someone had died. "Dr. Danielson is such a pillar in the community,” one parent explained to me.

I also guessed that the pain over his departure represents a deeper hurt for the region’s Black community — a hurt that Odessa Brown itself has come to symbolize. When it opened in 1970, the clinic was strategically placed in the Central District, one of the only neighborhoods in Seattle where Black people could secure home loans. It was an accessible anchor in the community and an antidote to the larger medical institutions that Black communities mistrusted.

But now much of that community has been displaced. For many patients, returning to the clinic means long bus rides or drives, and hours out of the day they may not have to spare.

Danielson recognized this and fought for a second location further to the south. He pushed Odessa Brown to be more flexible in its appointments and to find creative ways to maintain a community around the clinic. More than that, he was a stable figure amid so much instability, having led the clinic for more than 20 years.

"People are pissed and that’s saying it lightly,” another parent told me. "Of course that anger is wrapped up in fear and hurt."

This story was first published in Crosscut's Weekly newsletter. Want to hear more from reporters like David Kroman? Sign up for the newsletter, below.