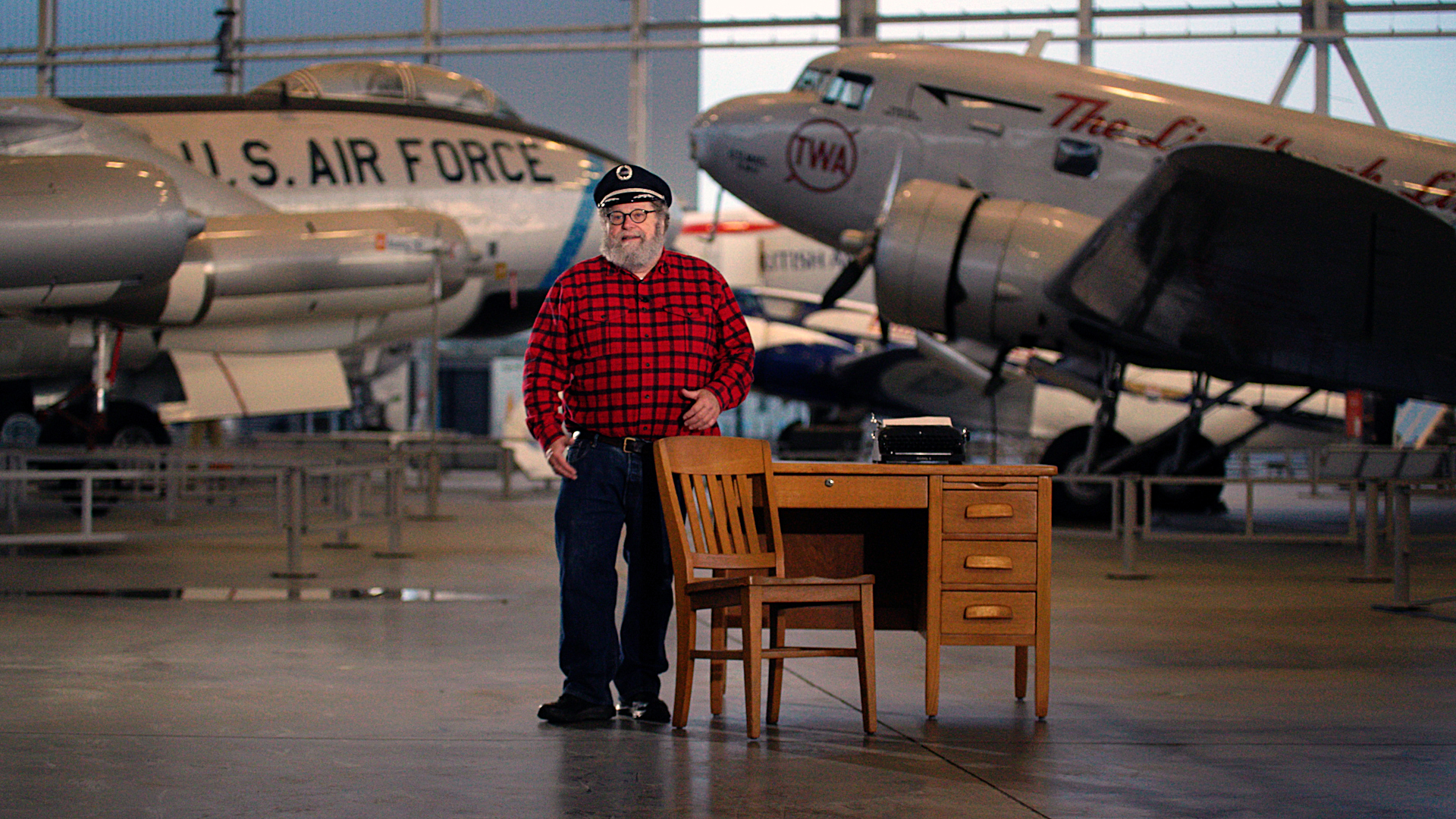 For this year's Mossback special, our video team headed to the Museum of Flight. (Stephen Hegg/Crosscut)

It has been a rough last year, no question.

We’ve been dealing with political turmoil, a pandemic, economic difficulties and still trying to get through the challenges of workdays and personal lives, often in isolation.

I love history, the good and the bad. It gives me context and perspective. It holds lessons. Last summer, when meeting with Stephen Hegg, the producer of the Mossback’s Northwest series, and Shaminder Dulai, the executive producer in charge of our visual teams, we brainstormed a theme for our annual half-hour special. I felt the past could be a rich resource for how to overcome adversity at all levels: personal, cultural, political, even geological.

The result was our special, “Bouncing Back From Adversity,” which states its intention pretty clearly. The topic was on my mind even before the pandemic. I had written an introduction to a new edition of Roger Sale’s superb work of local history, Seattle Past to Present, republished by the University of Washington Press in late 2019. The book was originally brought out in 1976, and it got me thinking about what was happening here during the 1970s Boeing recession. I remember how tough it was for many.

A billboard asked if the last person to leave Seattle would please “turn out the lights.” But that didn’t happen. We stayed, we got through it. In fact, we thrived.

I thought that recognizing that fact could remind us of our resilience through tough times. It could be a thread taking us through chapters of regional history we’ve featured in Mossback episodes that tell the story of persistence, courage and dedication — whether it was shown in rebuilding Washington’s cities after three catastrophic fires in a single summer; the struggles of a transgender youth from the early 1900s; or the vision of an orchestra conductor who tried to drag Seattle out of the “aesthetic dustbin” and received little thanks for his efforts. From big stuff to personal stuff, it all seemed relevant and potentially helpful to remember.

It was Stephen’s idea to shoot the special at the Museum of Flight, in the great pavilion of historic aircraft. We stayed masked and distanced in what is, in effect, a covered open-air space. It was a chilly winter day but the perfect spot to make a point while standing near a Boeing 747. The slow sales of that plane sped the downward plunge of the recession’s employment crash, yet its popularity rebounded to help us pull out of the dive — 15% unemployment! — when sales eventually, and literally, took off.

Resilience comes in many forms. We made it to 2021, and I look ahead with hope. I don’t expect a perfect year, I don’t expect that Utopia or perfect justice is around the next bend. But I feel better prepared to meet what comes. I’m an independent spirit at heart, but I realize more than ever the importance of pulling together and finding inspiration in the past.

This story was first published in Crosscut's Weekly newsletter. Want to hear more from editors like Knute Berger? Sign up for the newsletter, below.