Reporter Manola Secaira reflects on what Native communities can teach us about a healthier future for all. 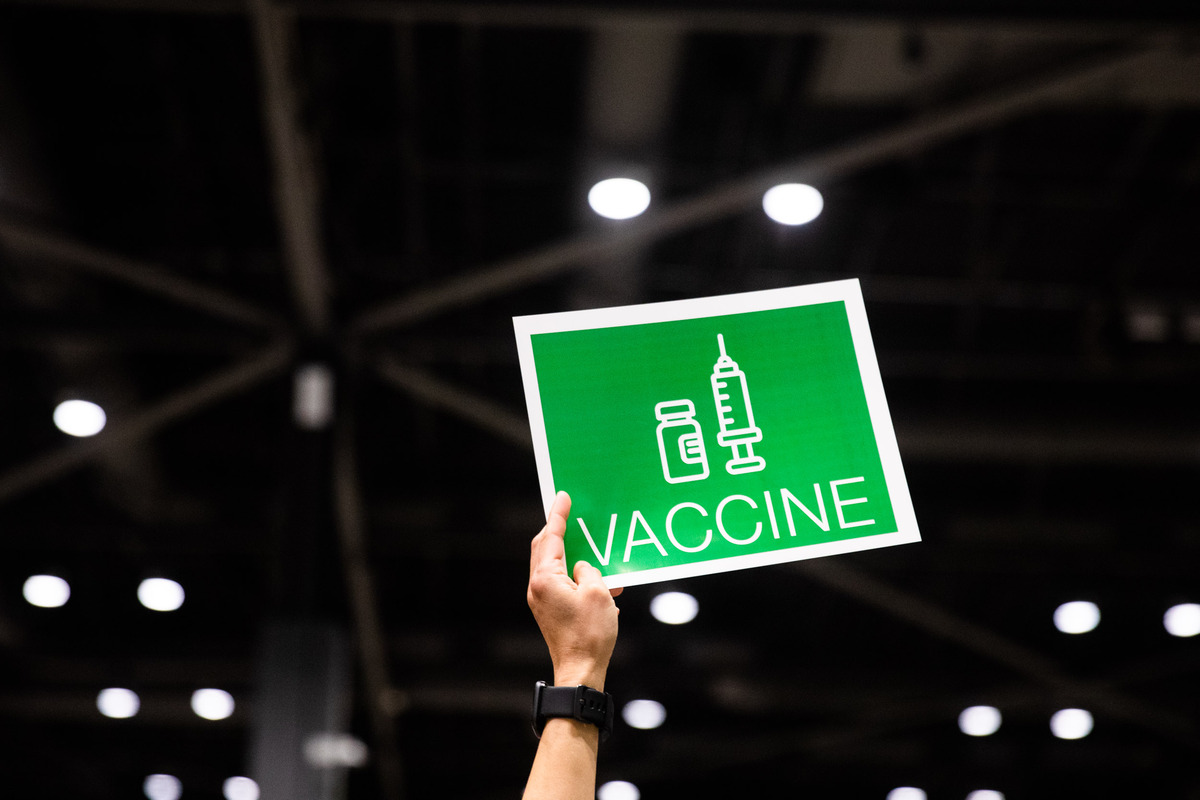 A sign held up by a volunteer at Lumen Field Event Center's COVID-19 vaccination site on March 13, 2021. (Matt M. McKnight/Crosscut)

Over the past few weeks, I’ve often wondered: When will I get vaccinated?

I’m not the only one with questions. As Washington continues to push through phases of the vaccine rollout, many people who aren’t yet eligible to receive one have anxiously awaited every update. In the meanwhile, some have looked for other ways to get  it, like serendipitously grocery shopping near a pharmacy that’s trying to use up its leftover dosages.

But for Native communities, it’s been different. Tribes have led the way in vaccine rollout throughout the country, painting a picture of what efficient vaccination should look like. They’re uniquely able to take an approach that’s different from those of the state and federal governments, because tribes and some Native health providers have the sovereign authority to receive their own vaccine shipments and dole them out as they see fit. Many are offering vaccines to broader swaths of people after getting them out to the majority of their own communities in record time.

I’ve been following the progress of Native communities in vaccinating their populations in Washington. All over, I see tribes prioritizing people who might not otherwise be eligible for vaccinations in this state — like the Lummi Nation, which vaccinated teachers in the Ferndale School District before the state announced teachers would be prioritized.

I talked with Esther Lucero (Dinè), the CEO of the Seattle Indian Health Board, on the day that her organization vaccinated over 100 Seattle Public Schools employees. The approach that Native communities have taken, she told me, is guided by Indigenous principles of kinship. Vaccinating teachers means protecting children. In other words, plans are made with the entire community in mind. And rather than leaving teachers to figure out where and when to get vaccines on their own, the SIHB hosted a vaccination event just for them.

Indigenous leadership is different that way. Seattle City Councilmember Deborah Juarez (Blackfeet), who talked with me alongside Lucero, echoed her words. The leadership she sees in Indian Country isn’t the same when compared with what she’s seen within Anglo systems.

“The leader isn't at the front of the pack,” Juarez said. “In Indian Country, a leader is in the back with the children and the elders, and they're making sure that they're [safe]. That’s who we are.”

For me, these successes only make it more obvious that non-Native governments could take a page from Native models of kinship when making plans for the future.