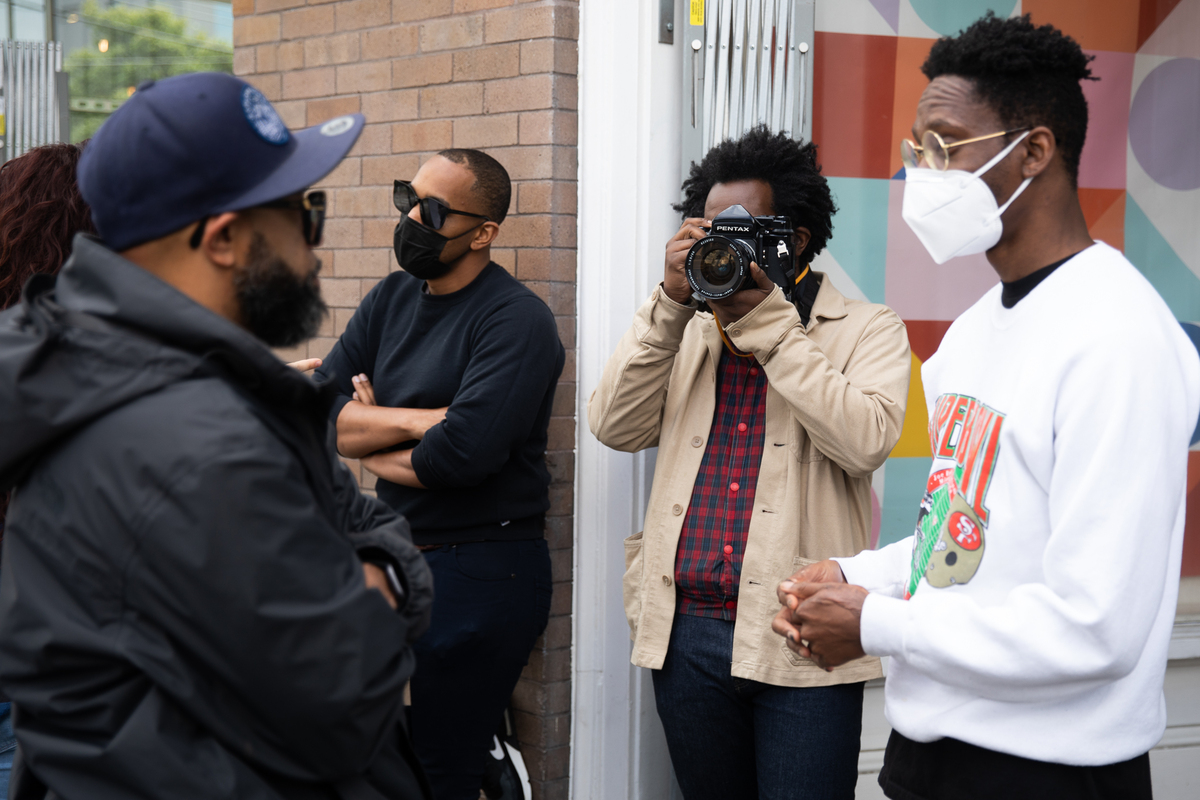 Three photographers, a drone, sandbags, an 8-foot ladder and a Volkswagen Vanagon Westfalia: Here’s how we pulled off photographing Seattle’s Black Lives Matter mural and 16 artists behind the artwork.

Even before we had penciled in the details of a May photoshoot with the 16 creators of Seattle’s Black Lives Matter mural — the Vivid Matter Collective — we knew it was going to be quite the production.

The day before, Crosscut photojournalists Dorothy Edwards and Matt M. McKnight drove to Capitol Hill to scope out the location and talk strategy. They had to find a not too highly trafficked spot near the mural on busy East Pine Street to construct a 5-foot-wide stand, where they would place a white backdrop held down by a few sandbags, a strobe light and, potentially, a ladder to photograph the letters from above, one by one.

The photo team eventually decided to enlist another photographer, David Ryder, to fly a drone over the letters to get clean lines and better angles. The rest of the plan remained the same: They would create an outdoor, pop-up 8-by-12-foot studio space near the mural, and Matt would photograph members of the Vivid Matter Collective, one by one, in a matter of hours. 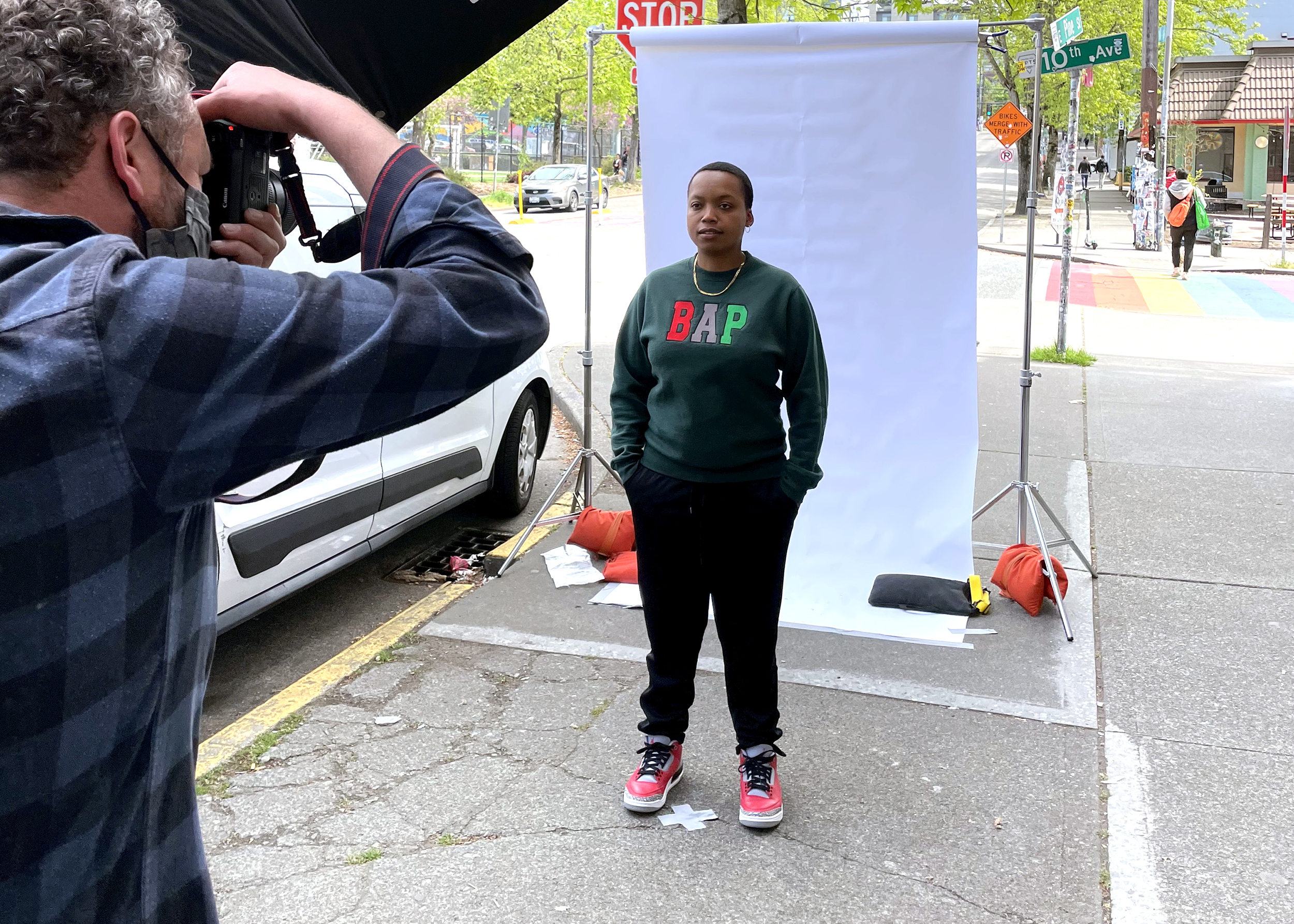 On the day of, Matt parked Bessie, his trusted 1985 Volkswagen Vanagon Westfalia Weekender, in front of the Vivid Matter Collective’s pop-up shop and set up shop on the sidewalk. Luckily, a kind stranger let us run our extension cord to the nearby building to power the lighting.

As the collective’s artists trickled in, the group grew — and so did the energy.

“It’s great to all be together,” said Kimisha Turner, who was there with her son Malcolm, who had helped her paint the “B” a year ago. Except for the moment he posed with her in front of the camera, he chatted with the collective’s members about his favorite superheroes (and SpongeBob). Around him, conversations turned, inevitably, to art and the many projects the artists were involved in. For many of the members, it was the first time seeing each other in person this year, and the excitement about this story, a year after the group’s formation, ran like a current through the group.

“It was amazing,” McKnight told me recently. “Once everybody was gathered in that area, I felt like I was in the middle of a reunion.”

Still, a year after the mural’s creation, emotions were raw and mixed. “It’s bleak,” Takiyah Ward told me — we were talking just a few weeks after another spate of media reports of high profile police killings — but, she added: “I’m still proud and happy to have created something like this together.”

Later, after everyone had looked into McKnight’s lens, the group accordioned onto the bench in front of their pop-up shop, flashing “V” signs (Victory, Vivid Matter) or smiling behind their masks, as they asked us to photograph them once more. This time, it was with their phones, not our professional gear — and not as reporters, but as bystanders recording a moment of behind-the-scenes joy.