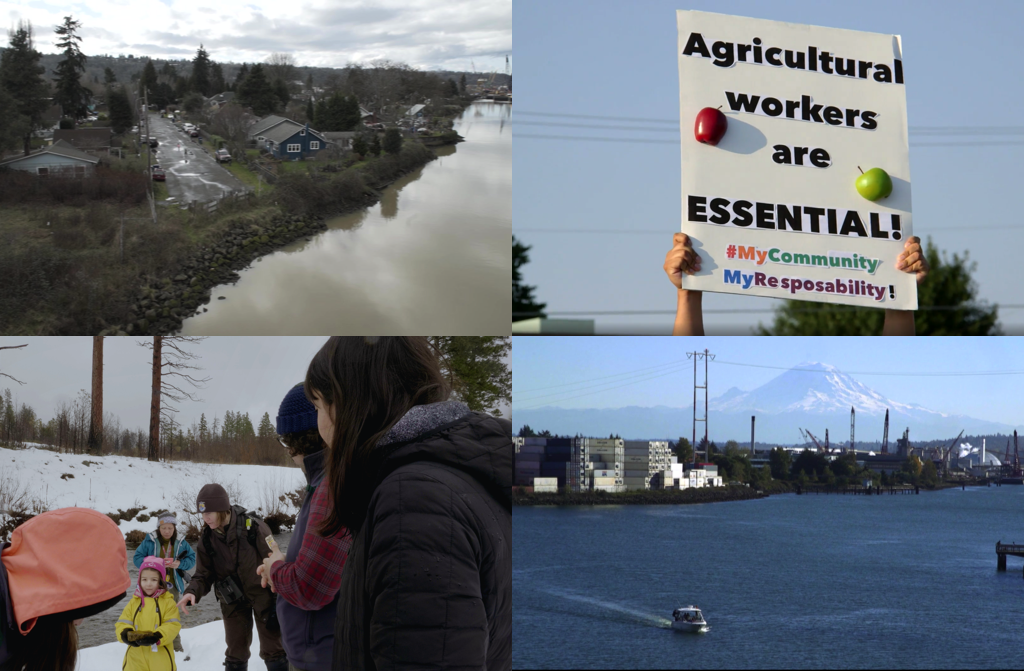 When I was growing up, my family never went camping. Hiking? Never heard of it. Mountains and forests were things I saw as we drove by or on nature documentaries. Coming from an immigrant family, the idea that I had a place in these natural spaces was nonexistent. I didn’t see myself represented, and I didn’t have the inherited knowledge to know how to access them. It wasn’t until college that I started to dabble in outdoor recreation and it wasn’t until after I graduated that I realized my experience wasn’t unique.

It’s why I identified so much with the first episode of our new series, Deeply Rooted, in which we followed Team Naturaleza, a Wenatchee-based group on a mission to connect more Latinx Washingtonians with the outdoors. When we went snowshoeing with them to film, it was also my first time snowshoeing. I felt as much like one of the group as I did a journalist on assignment. I’ve been an environmental journalist for years, but before this series I’d never considered snowshoeing because it still felt like something unattainable to me.

That’s a big part of what this series is all about: how we all connect with the natural world differently, and how history has a part to play in that.

Something that has always seemed strange to me is the idea that humans are somehow separate from the environment. It’s a pervasive thought that’s been in the environmental movement for generations, dating back to all the John Muir types of this country’s past. My hope for Deeply Rooted is to illustrate that issues of class, race and inequity are as embedded into the earth as mountains and trees. From who has access to enjoy the great outdoors, to the names we use to give to our natural wonders, to which places we choose to preserve or not, we can’t talk about the environment without acknowledging our place in it.

As Valerie Seagrest, a member of Muckleshoot tribe and native foods educator, put it in one of our interviews, “When Capt. Vancouver first arrived in the Puget Sound, he wrote in his journal that he'd never seen a land so untouched by man before. But what he didn't know was that he was looking at very well maintained forest gardens and ancient shellfish gardens and huckleberry meadows ... things that have been cultivated and taken care of for thousands of years.”

For all the good humans can give to the earth, there is also a great deal of trauma in our lands and healing that still needs to be done. We are as much a part of the ecosystems around us as any other flora and fauna — not only in how we treat nature, but in how we treat each other. While we look at some of the less savory parts of our past and present, it shows stories of resilience. This series doesn’t have all the answers; hopefully it can be the start of some important conversations.

This story was first published in Crosscut's Weekly newsletter. Want to hear more from reporters like Beatriz Costa Lima? Sign up for the newsletter, below.