How the pandemic shaped the people who feed us

Our Shared Table, Crosscut’s latest video series, tells the story of how Seattle is eating, growing and cooking its way through troubling times. 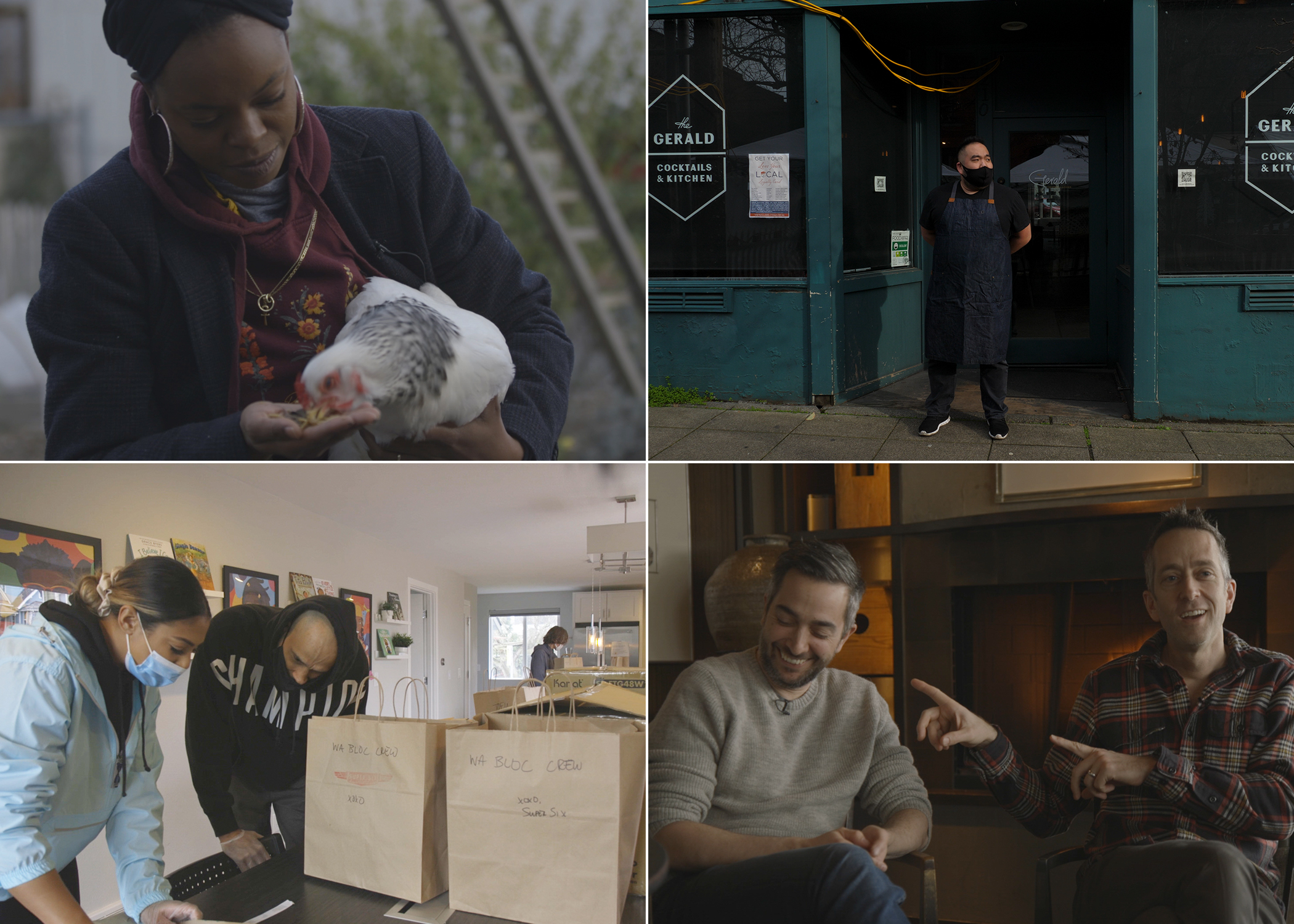 Our Shared Table premieres on Crosscut.com and KCTS 9 every Monday. (Sarah Hoffman/Crosscut)

Last November, I sat face to face and masked with Wes Yoo, owner of venerable Ballard gastropub The Gerald. An uptick in COVID-19 cases restricted indoor dining again, mere days after we had discussed the bar’s reopening on the phone. A hard rain kept all but a few people away from dinner service anyway. Nobody was vaccinated. Families couldn’t decide whether to gather for Thanksgiving. Mostly, everyone was just ready for 2020 to be over. It feels like a time capsule now, a time when the world was frozen and we could feel every incremental movement.

But there was something else happening below the surface. Like plenty of other people in and outside of the dining industry, Yoo pushed the reset button, driving him to ask big questions: What really matters to me? What are my dreams? Who am I?

In that moment, Wes Yoo found his moment of clarity: He decided to lean into his own identity and switch his entire menu to celebrate the Korean food he grew up with. He took inspiration from his mother in Korea, whom he spent hours on the phone with clarifying recipes and ingredients. Yoo tapped into childhood food memories, like eating tteokbokki at a stand by the crosswalk outside his elementary school. ​​He calls the dish of rice and fish cakes in a velvety fermented red pepper sauce ”the OG of Korean street food.”

Watch all four episodes of Our Shared Table here. New episodes air on KCTS 9 and are posted to Crosscut every Monday.

He wasn’t alone in deciding that drastic times called for drastic measures. Crosscut’s new video series, Our Shared Table, explores how food becomes a mechanism for survival and expression. By taking a deep look at our plates and how the food we love gets there, we learn how a city is eating, growing and cooking its way through troubling times. For fine dining institution Canlis, that meant piloting 11 different restaurant concepts, including a bagel shop and crab shack. When schools closed, WA BLOC’s Feed the Beach program tackled rising food insecurity by providing meals to students and families in Rainier Beach. Black Coffee Northwest worked to promote Black excellence and create a safe space for the Black community over a cup of coffee in Shoreline.

This incredible resilience of the neighbors who feed us inspired me in the darkest time of the pandemic. I spent more time indoors with some of them than I did with my own family. But looking back, I understand now that I witnessed a small slice of expanding humanity and dignity in an era when it was robbed from so many. In each of these stories, someone is creating joy, laughter and belonging where there was previously only a void fueled by fear, isolation and desperation.

Food has always brought people comfort and love in times of distress, but this time it felt different. Something Yoo said often returns to me: “If you look back at history, there are a lot of moments that I imagine that people of that era would have felt like they were moving backwards. But we look back on it now and, really, did we ever move backwards?”

By pouring their hearts and souls into their craft and finding new ways to feed others, Yoo, the Canlis brothers, Spice Waala, Nurturing Roots Farm, Black Coffee NW owners, and everyone else I met for this series saw something in the pandemic many of us missed: the chance to move forward.

This story was first published in Crosscut's Weekly newsletter. Want to hear more from Crosscut journalists like Sarah Hoffman? Sign up for the newsletter, below.