What it takes to find one of WA's rarest flowers

The first episode of Human Elements led videographer Sarah Hoffman on a damn tough hike in search of the Gorge daisy. 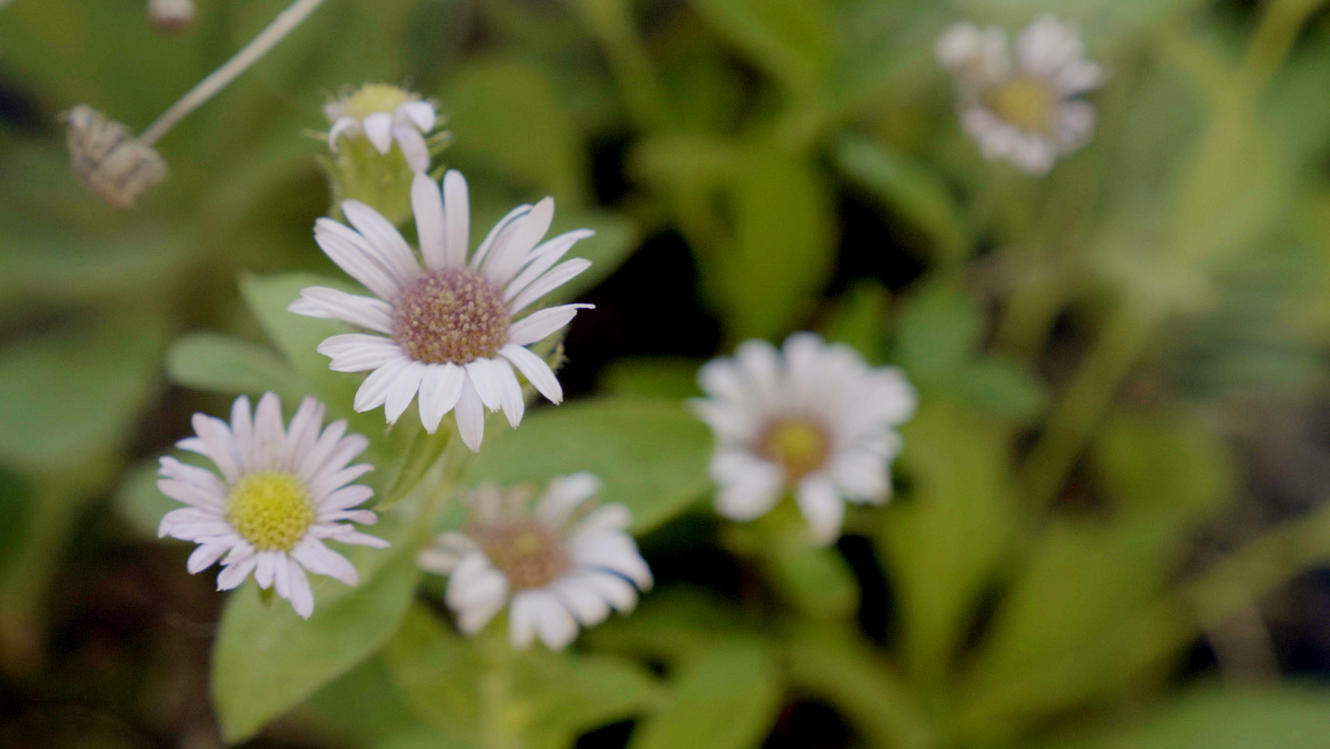 A cluster of purple-tinged Gorge Daisies. The flower grows only in tiny crevices along wet cliffs. (Sarah Hoffman for Crosscut)

A lot of people try to warn me before field work that it's going to be physically demanding. As a generally tough and tiny person, I usually take it with a grain of salt.

I spend most of my free time outdoors, so I relish any opportunity to follow a scientist into the woods. But an assignment in the Columbia Gorge this summer was different. It wasn’t far and the weather was fine, but it was damn hard. I was accompanying Steven Clark, a biologist and professor, with his students on a search for the rare Gorge Daisy.

The path started out pretty mellow, but soon the trail ended and that’s when the bushwhacking began. Clark is a trail runner so he’s as nimble as a mountain goat. We followed a slippery, rocky, uneven riverbed with low-hanging branches for a few miles. I was smacked in the face multiple times by devil’s club, a giant evil plant known for its large irritating spikes. Walking — let alone carrying a camera and filming — in this terrain was nearly impossible. But eventually we made it to an opening that revealed a talus slope and one of the most beautiful waterfalls I’ve ever seen.

Then Clark pointed to a band of green along the waterfall’s cliff: “We’re going up there.”

I took a breath and smiled at this magical waterfall, which seemingly appeared out of nowhere. We hiked to the waterfall and all took a break, quickly dunking our heads in the cool water. I thought the hardest part was over. But then the climb began. This was no ordinary climb. We had to get up to the overhanging cliff where the Gorge daisy lives. The rocks near the base of the slope got smaller as we climbed up. The ascent required both hands and feet planted at the same time, and, even so, at points I felt myself sliding down the scree on all fours. But when I made it to the top, I could see the waterfall up close and how far we had come.

And of course, dozens of those rare lavender-tinged flowers.

In Season 2 of Human Elements, a show about scientists and their obsession with their subject of study, we will take you to hidden places like this and share knowledge from the minds of some of the Pacific Northwest’s most passionate scientists and researchers.

So please enjoy the first episode, and come along on the journey with us. Because I worked really hard to show it to you.