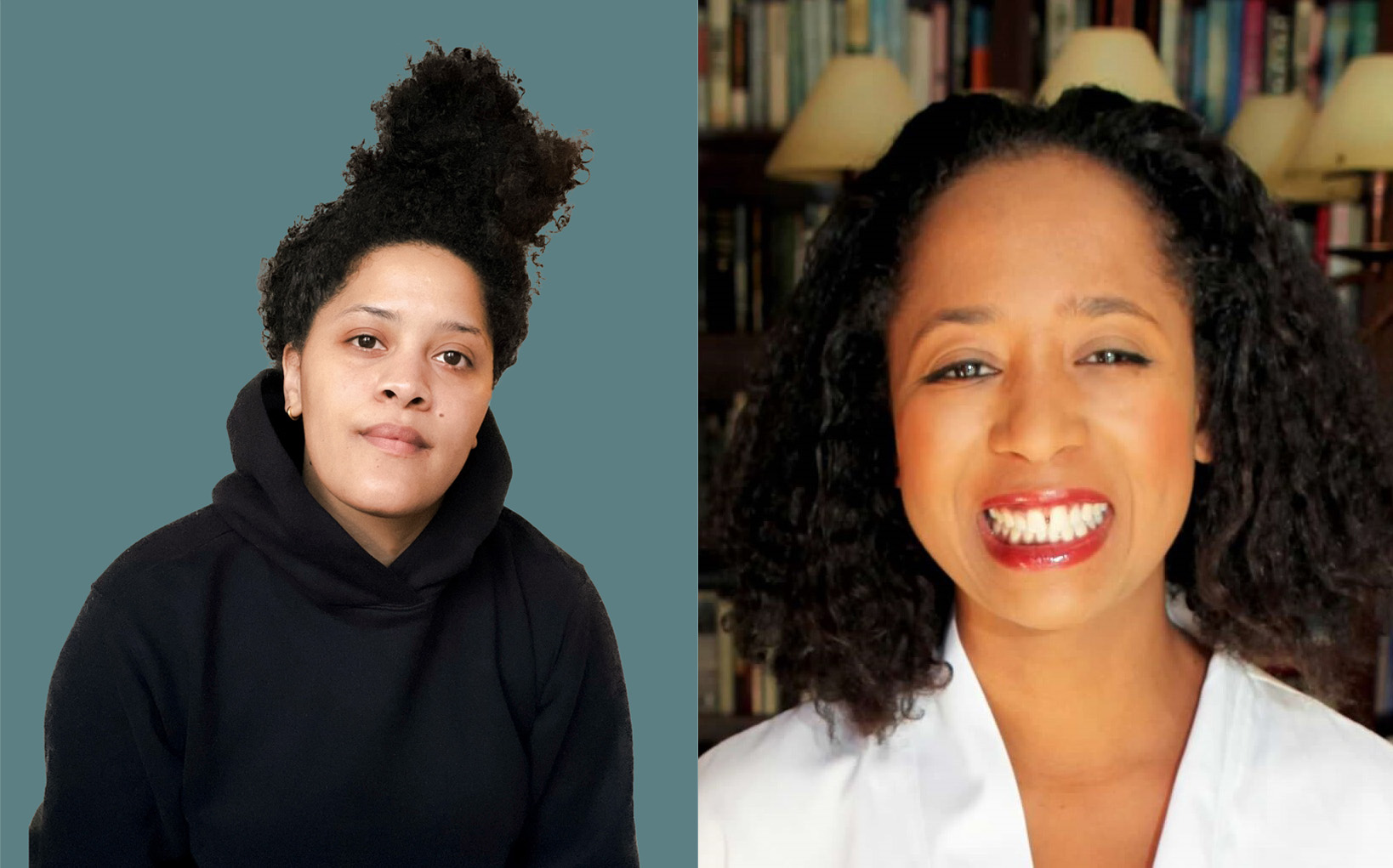 When Kemi Adeyemi signed on to help lead Crosscut’s Black Arts Legacies project, she brought a history of deep thinking on the role that the arts play in Black culture, and what the work of these artists can reveal. “Black artists tell us stories about what it feels like to make life here, sometimes against all odds,” she says.

Alongside fellow Black Arts Legacies project editor and University of Washington academic Jasmine Jamillah Mahmoud, Adeyemi has committed the last half-year to selecting 26 Black artists whose experiences tell a larger story of Seattle — one that is often left out of mainstream histories. The two editors then wrote the artist profiles populating this new living history and led a team of storytellers who crafted the videos, photographs and audio stories that make up Black Arts Legacies. Crosscut launched the multimedia experience earlier this month in order to increase awareness of the role Black artists have played and continue to play in the Northwest cultural landscape.

Much of the Black Arts Legacies project is available online now, with new podcast episodes coming out every Wednesday throughout the month of June and short documentaries making their broadcast debuts on KCTS 9 every Thursday of the month at 8:50 p.m.

To better understand what went into the creation of this project, Crosscut spoke with Adeyemi and Mahmoud about the role that the arts have played in their lives, their aims for Black Arts Legacies and what they hope the audience will take away from the project.

What inspired you to get involved with Black Arts Legacies?

KA: I was invited to work on the Black Arts Legacies project because of my work with The Black Embodiments Studio, an arts writing incubator, public programming initiative and publishing platform I founded in 2017 to build discourse around Black art within and beyond Seattle. So, I have a longstanding commitment to creating conversation with and around Black artists — but also curators, arts writers and creative workers in general — and a commitment to writing as a key vessel through which we can think alongside Black art and artists. The Black Arts Legacies project is a natural extension of my investments in providing platforms where Black creatives can engage in intentional dialogue about their aesthetic practices but also, importantly, the social, political, economic and institutional conditions that shape these practices.

JM: Kemi asked me! We’ve known each other for about 12 years, first meeting as Performance Studies PhD students at Northwestern University in Evanston, Ill. I have tremendous respect for the work Kemi does as a scholar — archiving and analyzing Black queer nightlife — and as the founder of The Black Embodiments Studio.

My “day job” is assistant professor of Theatre History and Performance Studies at the University of Washington, where, in addition to teaching, I research contemporary art practices including those based in Seattle. My mission as a scholar is to document the work of Black and other minoritized artists often excluded from archives. This connects to why in my own career, I’ve often worked as an arts journalist, as a side gig, for the past 20 years, contributing essays, reviews and interviews — mostly about Black artists. Support for arts journalism has sadly dwindled over the past decade, which is a shame because this form functions as a necessary archive, civic good (promoting dialogue) and celebration of artists and their forms.

So, what inspired me is all of this — working with Kemi, my professional mission and love of arts journalism, and the need to document and highlight Black artists.

How did you decide what arts or artists to feature? What was this process like?

KA: This is not a comprehensive project — the goal was not to, for example, catalog all of Black artists who live and work in Seattle. We wanted to highlight a group of artists of diverse ages and working in diverse mediums that would tell the complex story of Black life and art in Seattle.

The city has a long history of being home to diverse Black communities, and we wanted to be very intentional about representing the role of the military and industrial industries in drawing Black people to the city in the early and mid-1900s. We also wanted to be intentional about selecting people who could help tell a story about the interconnected cultural networks that Black people have set up in order to incubate musical, visual and performing arts scenes.

Lastly, we wanted to highlight people whose stories tell a story about the ongoing gentrification of the historically Black Central District neighborhood. In this first iteration of Black Arts Legacies, we selected artists whose aesthetic practices and history in the city could help map the diverse contributions of Black people — and, certainly, artists — to Seattle.

This project celebrates dance, art, theater, music and more. How have the arts impacted or empowered you?

JM: The arts were my first language. Before I could read, I learned how to play the violin, and later added piano and guitar. As a kid, I also danced (tap, jazz, ballet, hip hop, modern) and participated in theater. I look to all arts forms for expression, experimentation and documentation of feelings, thoughts, histories and imaginations that can't be otherwise communicated. When I’m stressed out or in a dreamlike state, I play the upright piano in my home. The arts have allowed me to make sense of my world, to understand other worlds, and to imagine new ones.

KA: I use the arts as a mechanism for creating conversations. Where people may think they don't have the language, skills or capacity to talk about identity and power, they often have the capacity to talk about the way art makes them think and feel. I try to use the arts to create opportunities where people can engage in new or hard conversations and, in the process, harness the tools they do have to express their relationships to their surroundings.

What do you hope Crosscut readers and KCTS 9 viewers take away from this project?

KA: I hope people realize that Seattle has a Black history. The city works hard to remove Black people from its physical geography and cultural landscape but Black artists tell us stories about what it feels like to make life here, sometimes against all odds. Learning more about Black artists in Seattle, then, can be part of the larger project of learning more about the diverse methods Black people have for taking root in scenes, spaces and cities that are not invested in their sustainability.

JM: I agree with Kemi about the foundational role of Black people in Seattle’s history, presence and future, a role that is often buried by mainstream histories. Many stories in this series include the racism that artists endured, from successful attempts preventing Ben McAdoo from running for office in the 1950s, to Mona Lake Jones encountering frequent housing discrimination in 1960s Seattle, to recent displacement in many of Seattle’s Black communities.

I hope viewers realize the unique work that art does — especially for Black people — to document, express and imagine. I also hope audiences continue to support arts journalism as particularly important in telling these stories.