Our new state government reporter hopes to represent you — the reader

With 14 years of political reporting under his belt, Joseph O'Sullivan plans to investigate the forces shaping WA government and hold the powerful accountable. 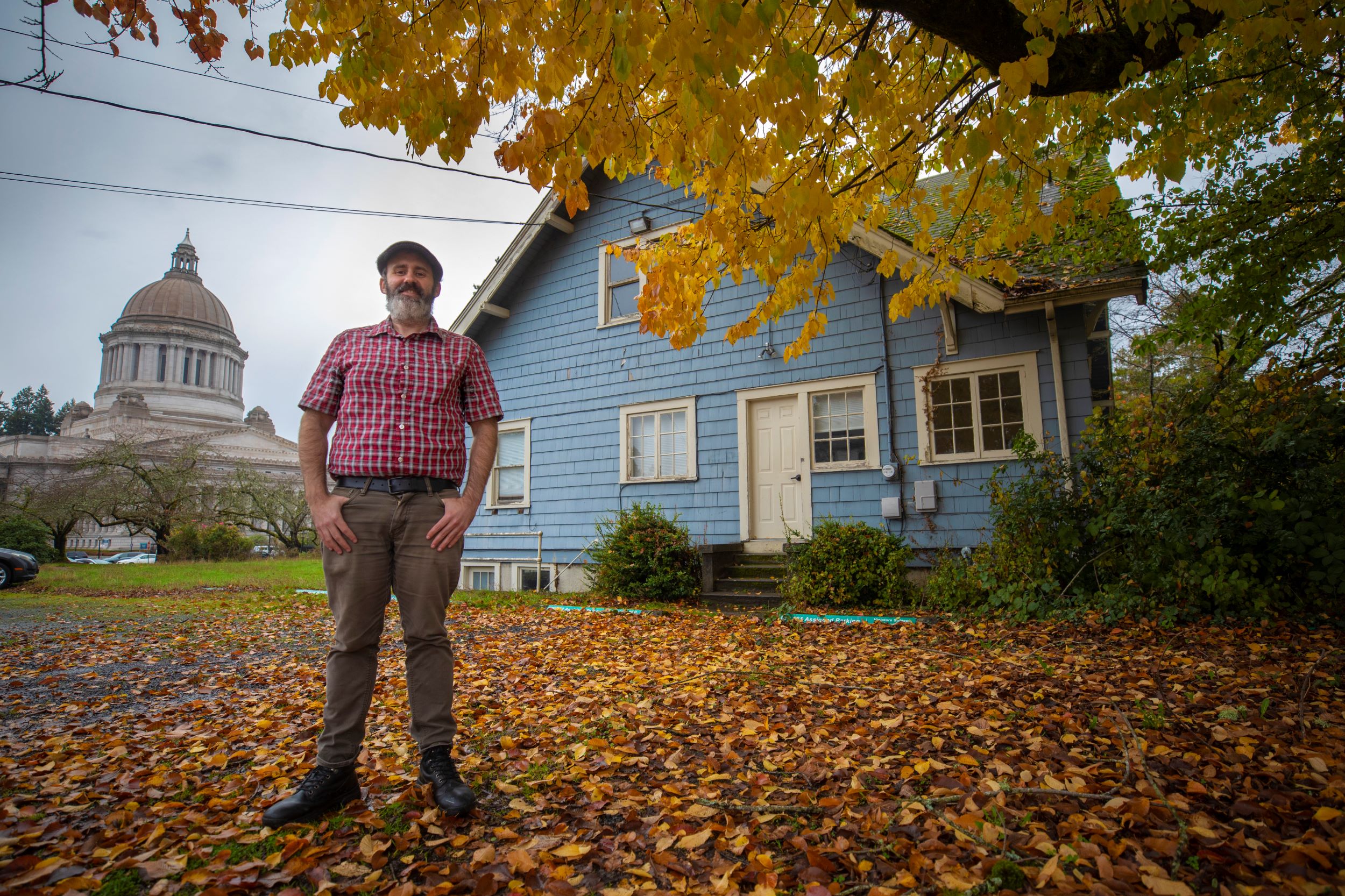 Right now, statehouses are the most important political space in America.

So much of what governs our lives is decided by elected officials in this Washington, and that’s why I care so much about covering state government.

I just spent the past nearly eight years at The Seattle Times covering the statehouse, chasing stories in the halls of the Capitol, serving as a watchdog for the public and trying to make sense of this fractious and polarized American era. As a journalist, I’ve been doing those things for a good bit longer: I’ve covered government and elections at all levels as a reporter since 2008, in my early career across South Dakota, Wyoming, and in Spokane.

But think about it. The federal government’s political institutions are weathering unprecedented turmoil. Congress for years (and regardless of balance of power) is often deadlocked. That has ceded power to a Supreme Court now reconfigured with new justices and issuing rulings that will reshape society. People across the political spectrum put their hopes or wishes atop the shoulders of a president, regardless of party, only to watch the limits of the executive branch make themselves known in real time.

And the actual writing of laws is left to the states.

Our representatives in Olympia determine how (and how much) to fund schools and draft laws on what to teach. They determine the methods of elections and access to ballots. They regulate laws governing gun ownership. They set tax rates. They govern your reproductive health. They impose unprecedented public health restrictions in the face of a once-a-century pandemic.

It has always been that way, on some level.

Our citizen Legislature and statewide offices — made up of farmers, teachers, health care workers, business owners, lawyers — write the state budget that spends your tax dollars on parks, prisons, economic assistance and the mental health system. They manage public lands and Washington’s wildfire response. They regulate business and commerce. They devise responses to climate change. They consult with tribal governments and Indigenous communities. They write the laws that decide when police can use force. They’ll decide whether the statewide crisis in housing affordability and homelessness will end sooner rather than later.

Lawmakers are not the only ones who come to Olympia each winter. Hundreds of registered lobbyists are around to educate, cajole and push for the interests of their clients. Business interests are powerful in Washington — and so is the labor movement. The legislators who wrote your laws this spring are out now asking those political interests to contribute to their fall election campaigns.

And I represent you, the reader, in asking questions and explaining policy so you have a chance of understanding how your dollars are being spent and how the state is being governed.

In a deeply polarized nation where states and regions are parting ways on issues as significant as bodily autonomy, guns, taxation, environmental regulations and voting laws, what happens in Olympia affects the lives of everyone in Washington.

You can also have your say in a more direct way.

Washington voters collectively elect 147 state lawmakers. You approve or reject ballot measures. We have like a zillion elections: this is a state fact. We have nine statewide elected officials (reader quiz: see how many offices you can name right now). New Jersey, where I grew up, only trusts itself with two: governor and lieutenant governor.

And even for all those elections, and for all that state power, you, the citizens, make many of the biggest decisions at the ballot box. (Next week, actually, so check here to make sure your voter registration is up to date and watch for our primary voter guide to launch at the end of the week).

In the 1970s, you voted to legalize abortion and to create our broad campaign-finance disclosure system and strong public-records law. Last decade, you voted twice against putting a fee on carbon. You have voted down taxes on corporate and personal income, repeatedly. You raised the minimum wage, affirmed gay marriage, authorized charter schools, legalized cannabis and privatized the sale of liquor. You voted twice across 20 years to ban affirmative action on the basis of gender, race and other factors in public education, contracting and employment. You voted three times in five years to significantly tighten firearms laws. And you really wanted those $30 car tabs.

For a state of 7.8 million people, there are fewer than 10 full-time government reporters in Olympia covering all of these things.

I guide my work by these principles:

Always be skeptical. Put pressure on people in power. Explain the workings of government and the positions of candidates, so readers have the tools to participate in democracy. Serve as a watchdog for the public by reporting on questionable or unlawful uses of campaign money or tax dollars. Bring the public into the rooms where political deals are cut. Obtain and publish previously unseen documents — like reports investigating wrongdoing by politicians or state agencies. Develop broad and deep sourcing. Make lots of phone calls, write lots of email queries, request lots of public records.

Try to be where it happens. I’ve knocked doors with candidates on the Eastside and in Spokane. I’ve interviewed the governor in his office in Olympia and at his home on Bainbridge Island. I’ve outrun a wildfire on Highway 20 in Okanogan County. I’ve caught tear gas at political clashes on the Capitol campus and the streets of Olympia. I’ve covered Trump rallies and May Day marches. I’ve sat in the loading dock of the King County Elections Department late into election night to watch workers deliver ballots from drop boxes. I’ve brought readers inside Western State Hospital, Washington’s largest psychiatric facility, and to the floor of a Wenatchee hospital’s ICU at the height of the pandemic amid a backlash against state COVID-19 mandates.

What excites me about Crosscut is to be able to take those experiences and tools of the trade and step away from the frantic grind of the news cycle. And to report more deeply and thoughtfully about what’s happening in Washington politics, to show readers the forces shaping their government and to hold the powerful accountable.

But as always, I’ll need your help. Tips and ideas to: joseph.osullivan@crosscut.com.