Mossback's Northwest: A glance ahead at Season 6

Premiering Sept. 29, the video/podcast series explores Jazz Age Seattle, the legacy of the Pig War and much more. 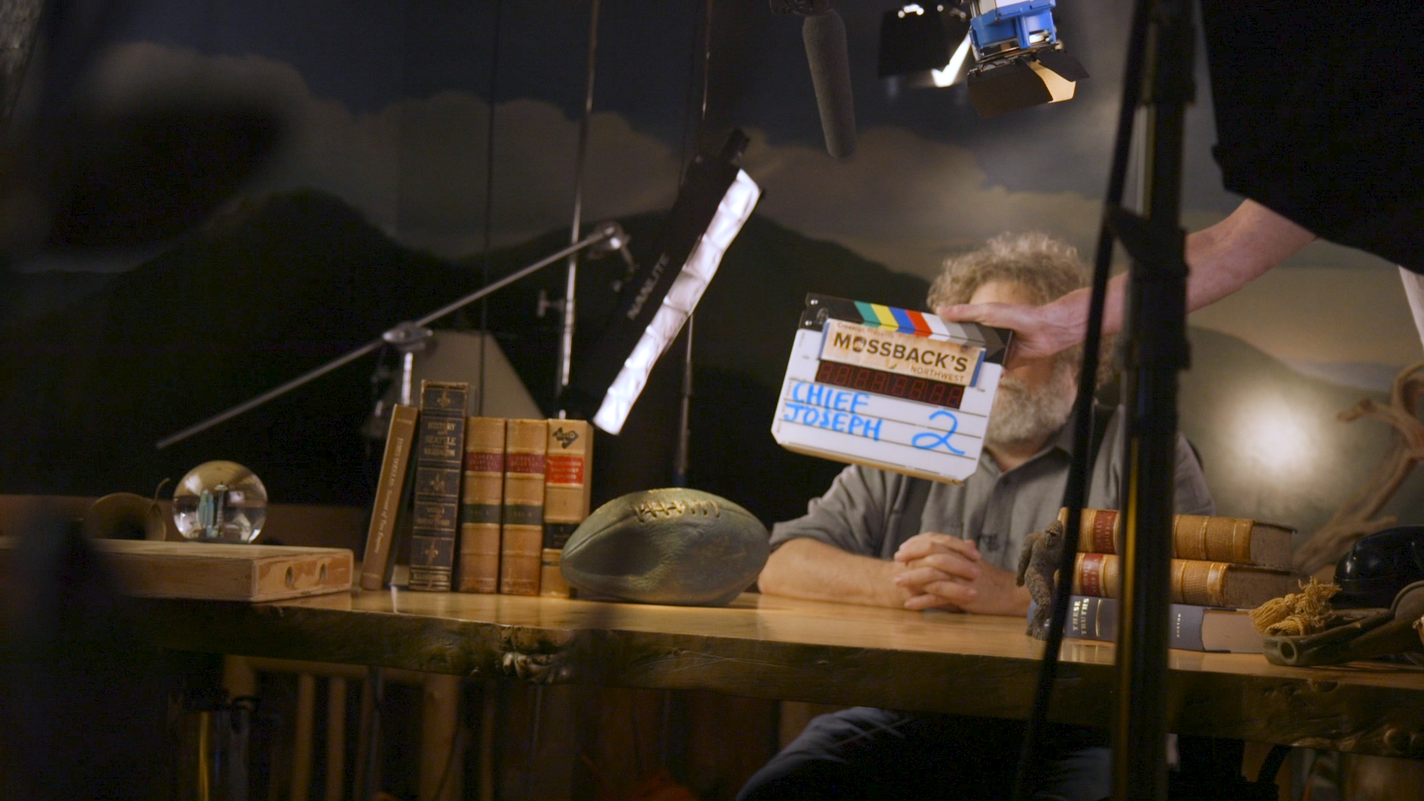 It’s time for a new chapter of “As the Moss Grows,” an update on the new season of the Mossback’s Northwest video and podcast series. Season 6 will debut on KCTS 9 at 8:50 p.m. Thursday, Sept. 29, and will be posted on Crosscut.com the next day (Friday, Sept. 30th) — a pattern that will continue for each episode over the following seven weeks.

Mossback’s Northwest was conceived as a marriage of history with contemporary relevance. That old wedding tradition of “something old, something new, something borrowed, something blue” applies to the show, when I think about it.

The something old is Northwest history: finding stories that need telling, and sometimes retelling, for a contemporary audience. I think this season features some powerful ones. We open with the story of Seattle’s Panama Hotel, a centerpiece of trauma and resilience as a repository of left-behind artifacts from the Japanese incarceration during World War II. It is a tribute to the importance of memory. We follow with stories featuring famous folks and their fascinating Northwest connections, like explorer Roald Amundsen, lawman Wyatt Earp, singer Paul Robeson, and Nez Perce Chief Joseph (who was on the sidelines for a University of Washington football game)!

Something new: Well, all eight episodes of Season 6, plus a half-hour special in December, are brand-new. And there are changes behind the scenes. Our longstanding producer Stephen Hegg retired this summer, and our new one is the wonderful Michael McClinton, who herds everything through production and contributes so much with research into music, visuals and location concepts. Michael is working with David Quantic, our editor, who has been newly promoted. Fortunately, he still gives Mossback’s NW the personal treatment with his cinematic eye. And speaking of eyes, Resti Bagcal is our cameraman, and what you see is what he sees through the lens. Also new is our boss Sarah Menzies, director of videography, who oversees all of Crosscut’s visual storytelling. She’s quite a bird dog.

Another new thing this season: Companion podcasts of each Season 6 episode will appear simultaneously with the videos on Crosscut and our podcast platforms. They feature more detail and interesting conversation with podcast producer Sara Bernard.

Something borrowed: People often ask, “Where do you get your ideas?” Some spring from my personal interests, but I also listen to our viewers, readers and staff members. Our episode on Arctic explorer Amundsen stemmed from learning his snowshoes were in the National Nordic Museum in Ballard. Why? Viewer suggestions included people wondering about why Wyatt Earp and Chief Joseph were in Seattle. Stephanie Johnson-Tolliver of the Black Heritage Society of Washington suggested we look at an influential yet lesser-known figure of the Jackson Street jazz scene, and we did. We do pay attention to suggestions, questions and ideas. They can turn into some of the best stories.

And something blue: Well, I wore a blue shirt and hat for our Pig War episode, which we shot on San Juan Island.

I started at Crosscut as a columnist 15 years ago (speaking of old), and have branched out into writing a weekly newsletter, writing and hosting the Mossback series, doing original podcasts (like the recent three-episode season of Crosscut Reports on newly discovered files of activist/architect Victor Steinbrueck). Oh, and I’m still writing columns. It’s rewarding work to dig into our past for stories, context, inspiration, and lessons for the future. And I’m already working on Mossback Season 7!

All this mossy work has proved to make a solid marriage of the Northwest’s past, present and future.