The deeper we explored varying perspectives in Yakima County, the murkier our bird's-eye view of the electorate became. 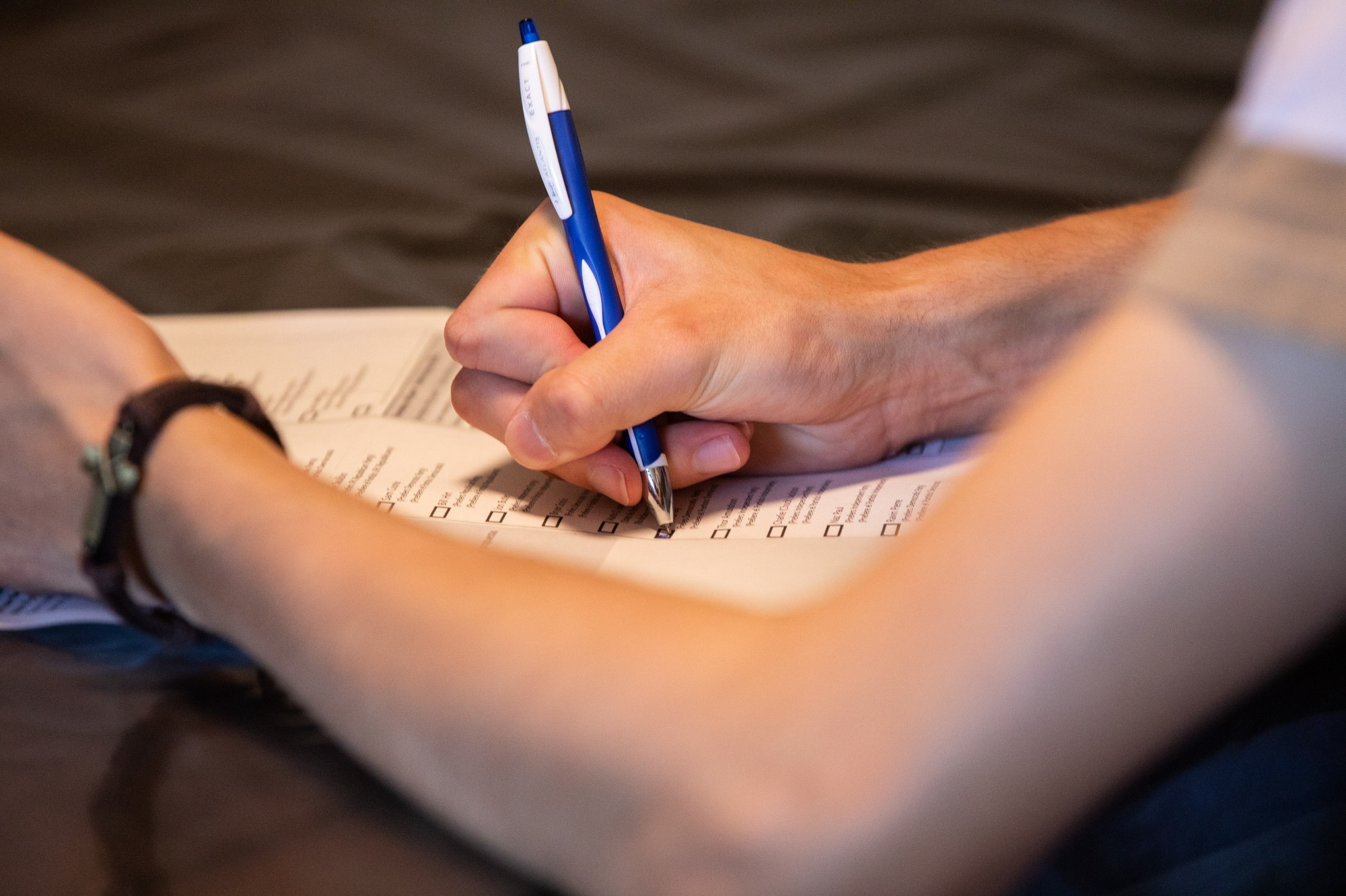 First-time voter Jordan Chavez fills out his ballot in his kitchen. (Amanda Snyder/Crosscut)

The most recent series of our Crosscut Reports podcast, “Up for Grabs,” started with a lawsuit. At the beginning of 2022, advocates from Central Washington’s Latino communities sued the state’s redistricting commission, alleging that the recently redrawn 15th legislative district denied these voters “equal opportunity to elect their candidates of choice.” Crosscut Reporter Mai Hoang, who has lived in and reported on Yakima for the past 15 years, got to work on a news story. But she knew this was one with a long and complicated history.

For one thing, this was not the first lawsuit of its kind in the region. Two other similar lawsuits  had been settled in recent years with the city of Yakima and Yakima County. Each suit represented one part of the fight for equitable access to political power for the Latino electorate in the Yakima Valley. (As of 2020, roughly half of the residents of both Yakima and Yakima County identify as Hispanic or Latino.) Voting rights, in other words, were top of mind for Mai, and she knew there was more to the story. After filing an initial story on the lawsuit over the 15th, she turned her focus from the courtroom to the coming election and the people who would help decide it.

“I feel like I have reported on Latino voters about voting rights from this very 30,000-foot perspective,” she told me. “I’m kind of looking overhead and I’m looking at the landscape of Latino voters. What I really wanted, and I think what made me so drawn to doing this as a podcast, was getting to know people a little more. I’ve done little [news] pieces here and there and just haven’t had time to just sit down and talk to people.”

That’s how she ended up talking to a handful of Yakima high school seniors from an Advanced Placement government class near the beginning of the year. (One of them, Jordan Chavez, was featured in our first episode). As podcast producer, I followed Mai’s lead. As we headed into election season, this whole question of “the Latino vote” and its “candidates of choice” started to show up in a lot of news stories across the U.S. Latino and Hispanic voters have tended to opt for Democratic candidates, the story went, but national data as well as numbers from different pockets of the country seemed to suggest that this part of the electorate was not as safe a bet for the Democrats as it once was. Media outlets and political pundits made a lot of hay out of poll and election data suggesting a rightward swing.

The more Mai and I reported on this issue in the Yakima Valley, however, talking to many members of this community with a wide variety of political views, the more arbitrary the quest to understand these voters felt. The closer you look at it, the less coherent “the Latino vote” becomes. And when the midterm elections came and went without a “red wave,” all that national consternation over what these voters would do kind of fell away. As we note in the second episode of the series, the data does appear to confirm a continued rightward shift, at least in some areas, though the results are murky and mixed.

As we’ve noted numerous times, these voters are not a monolith. That is clear from Mai’s on-the-ground reporting. Yet trying to make sense of the big-picture politics – even while entertaining the complexities of that picture – leads us to treat them like one. And I’ll be honest: as I attempted to edit together all these varying political opinions, the enterprise sometimes felt futile.

Still, it can’t be ignored. The reason we’ve turned Mai’s reporting into two complicated narratives about Latino voters in the Yakima Valley is because the idea of a “Latino vote,” and the fight to protect it, still matters a lot in the region. This idea did not start with the midterms, and it didn’t end with them. In fact, in some ways, the idea has been debated, discussed and fought over for decades.

The lawsuit filed at the beginning of the year will be heard by a judge in early 2023. So the legal fight for the Latino vote, at least, marches on in Central Washington. Where did it come from, and where will it go from here? We'll answer that question on a future episode of Crosscut Reports.