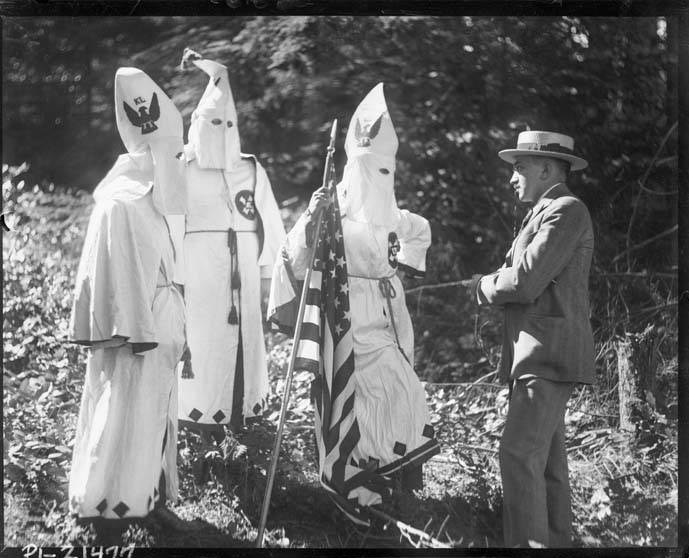 The end of the 1918 influenza pandemic in the early 1920s ushered in a rough, reactionary period in America. People were frustrated by war, inflation, and pandemic restrictions. Pent-up resentments with a rapidly changing society let loose as flu masks flew off and quarantines ended.

The Jazz Age was flourishing, thanks in part to new Prohibition laws. In Seattle, the so-called Jackson Street nightclub and speakeasy scene took off, spreading from Pioneer Square to the Central District and eventually birthing more than a generation of great music and musicians. But while the races exuberantly mixed in the after-midnight hours at clubs like the Black and Tan, nationally — and locally — reactionary racial politics took hold. By day, the segregating redlines in the city were steadfast and racist covenants spread.

Politically, the white middle class yearned for “normalcy,” which brought a sequence of conservative Republican presidents, including Calvin Coolidge, Warren G. Harding and Herbert Hoover, all of whom carried Washington state. But “normalcy” for many people meant a return to aggressive white supremacy. In some cases, Washington led the way.

The Ku Klux Klan revived in the ’20s. Once mostly limited to the South, it found new enthusiasts in the white middle class of the far West and Midwest. The KKK took over towns and state houses, including for a time Oregon’s. Anti-Black, anti-Semitic, anti-Catholic and anti-modernity, the Klan became a powerful force that paraded openly in the streets and rallied tens of thousands of people to witness late-night cross-burnings in places like Issaquah, Yakima and Renton. Some events attracted 30,000 or more people.

Seattle author Timothy Egan has written a book about the 1920s Klan revival, A Fever in the Heartland, due out next spring. Some five million Americans joined the 1920s KKK. In 1924, the Democratic delegations from Washington, Oregon and Idaho together unanimously opposed a plank in the party’s platform that would repudiate Klan violence.

New anti-immigration laws targeting Asians were passed to keep America white. The Northwest had been founded on race-based policies that impacted who could settle here and who could homestead. In 1921, the Washington Legislature passed the first law since statehood aimed at cracking down on Japanese immigrants by revoking their right to lease or rent land. A Washington Congressman, Albert Johnson, shepherded a bill through Congress, the Immigration Act of 1924, that essentially halted all Asian immigration. Johnson called it a “bulwark against alien blood.” These kinds of bills had strong support from both the KKK and the general public.

The year of the immigration act also saw the election of a conservative Republican governor in Washington, Roland Hartley, an Everett politician and timberman who broke with the progressive wing of the GOP. Historian Dave M. Buerge has written, “The 1924 campaign was a particularly grotesque one in Washington politics, with the Ku Klux Klan fomenting hatred against blacks, foreigners, Jews, and Catholics. Government intervention in private life during the war had fostered a backlash.”

Hartley capitalized. He was anti-labor, anti-tax and anti-government when he couldn’t control it with his autocratic ways. He slashed funding for the state highway department and for public schools, and he almost drove the University of Washington into the ground by cutting its budgets and seizing control of its board of regents. He bullied and name-called his enemies, though I’m not sure anyone today would be insulted by being called a “pusillanimous blatherskite.”

Not only was Washington a leader in opposing nonwhite immigration and hounding people of color with legal restrictions and burning crosses, it was also an early adopter in 1909 of eugenics laws which took “choice” away from some Americans by installing a system of involuntary sterilizations. In 1921, the state Legislature took an even harsher stand against the “unfit” with a broadened list of who could be forcibly sterilized, including the “feeble-minded, insane, epileptic, habitual criminals, moral degenerates, and sexual perverts.” Such laws received U.S. Supreme Court sanction under the Buck v. Bell decision of 1927 when Justice Oliver Wendell Holmes infamously declared that “three generations of imbeciles is enough” to justify sterilizing women — as it turned out, mostly poor Black women. Nearly 700 Washingtonians were sterilized under state law until the practice ended here in the 1940s. More than 2,600 in Oregon were sterilized until the early 1980s. 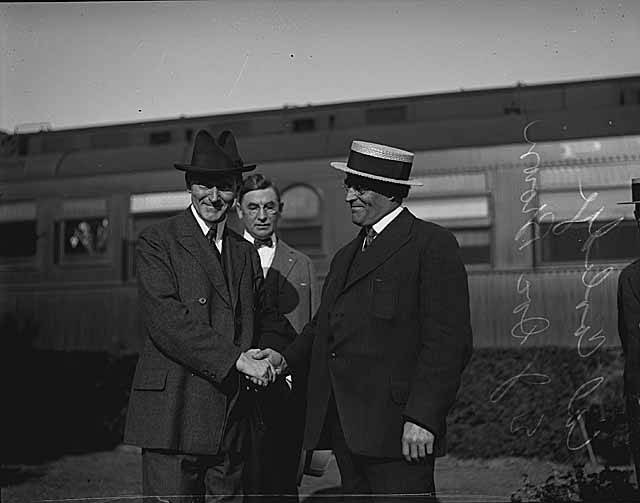 Of the 1920s, Egan has written, “That was a mean decade, with Jim Crow locked in place, Prohibition the law of the land and immigrants who weren’t white Protestants all but locked out. The underlying theme of all this meanness is intolerance.” That was in a prescient 2021 New York Times column about our current state, called “America Is Getting Meaner.” Things have gotten even meaner since.

We’re emerging from the jagged end of our own pandemic — doffing our masks even as an average of 250 Americans continue to die each week, adding to a growing total of 1,010,000 dead. Meanwhile we’re just beginning to learn about the impacts of long COVID. History is rhyming hard as we enter the 2020s with the pandemic shifting into the background for many Americans. We’re facing an altered world and people who want to change it even more radically, some wanting to turn the clock back to earlier centuries.

The Supreme Court’s recent decision to overturn Roe v. Wade, for instance, runs strongly against public sentiment and takes away a Constitutional right established a half-century ago. Justice Clarence Thomas and Republican activists who seek to roll back same-sex marriage and contraception threaten more rights and norms.

We’re not only seeing the acolytes of intolerance in the streets but running some of our institutions as well, including the present Supreme Court. Congress’s January 6 committee hearings are also revealing how many elected officials — including the committee’s own Congressional colleagues — are willing to discard the will of the voters for violence if they don’t get their way, led by the former president of the United States who has amped everyone up on a lie.

The Roaring ’20s got a nickname that suggested thrills and wild times, including running us into the Great Depression. In this century, we’re making a good effort to be dubbed “The Mean Decade.”

Let’s hope we stop trying to earn that title.