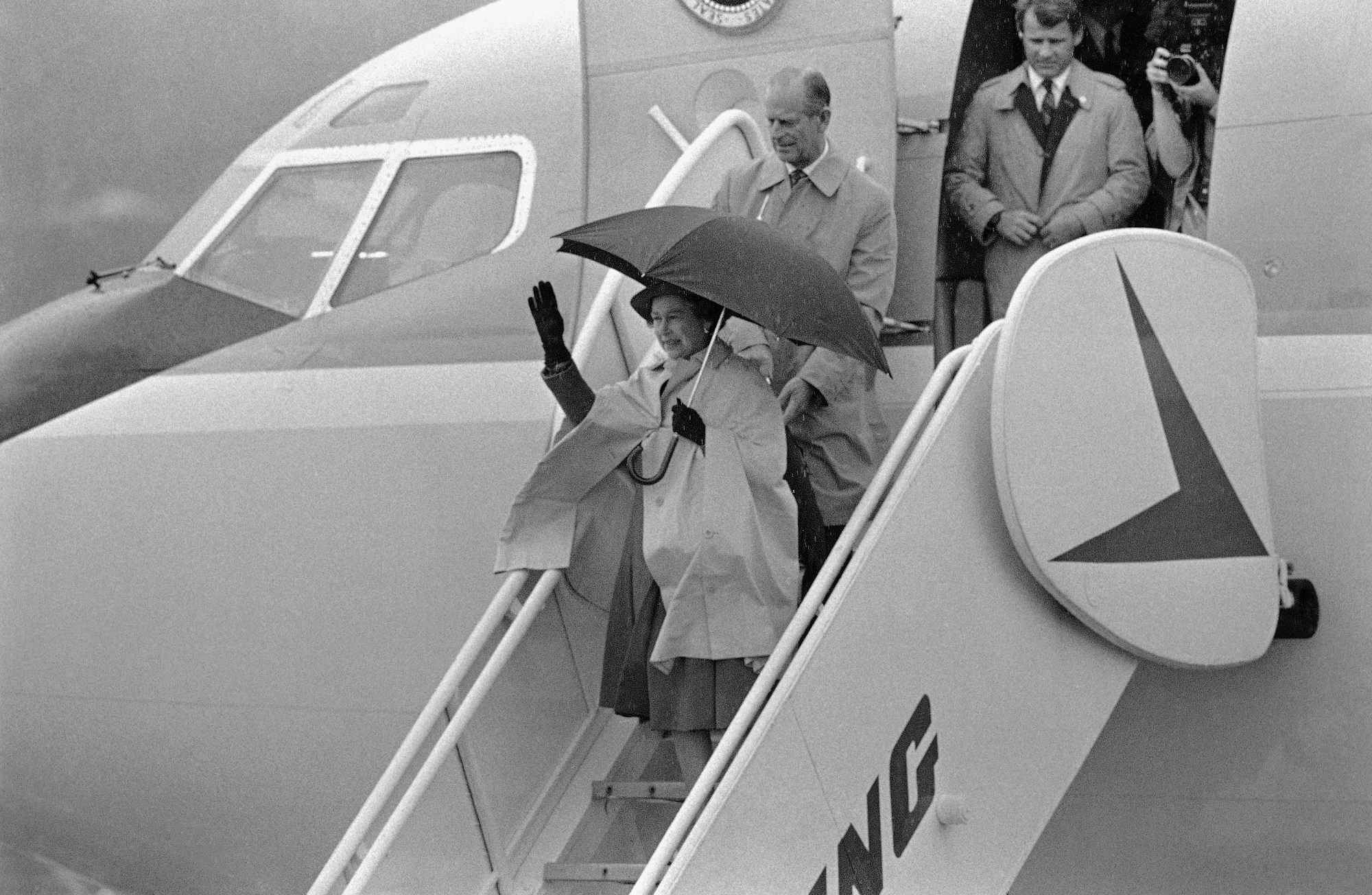 Queen Elizabeth II and Prince Philip arrive in a rainy Seattle on Monday, March 7, 1983, after a week in California where they also were plagued with wet and stormy weather. They had a hectic five-hour stop in Seattle before leaving on the royal yacht Britannia for Victoria, B.C. (AP Photo/Barry Sweet)

Queen Elizabeth II had a quiet presence in my granny’s house. We lived a couple of blocks apart along Mt. Baker Boulevard in Seattle's Rainier Valley. Granny kept her Scottish traditions. She and her mother and sisters had emigrated to British Columbia, and my granny, the youngest, married a Norwegian and moved to Seattle before World War I.

She made great shortbread, served tea, drank scotch, listened to Harry Lauder. She didn’t much like the English, but no one could say a word against the Royal Family in her presence. She attended the queen’s coronation in 1953 and gifted her family souvenirs from that memorable event — she gave my parents a metal toy model of the golden horse-drawn coach Elizabeth rode in, and I still have a coronation teacup with Elizabeth’s portrait that she brought home and treasured.

My granny didn't live to see the end of Elizabeth’s reign, which came early Thursday when the matriarch of the royal family passed away at 96. But her appreciation of the queen has certainly colored how I am thinking about this moment. Elizabeth wasn’t my queen, but she was the only queen many of us ever knew, the only one I ever saw.

It might not have been that way, though. Anyone familiar with Northwest history knows that those of us in Washington could very well have become subjects of the Crown. More than any other European colonial power, it was the British Empire that first shaped this region. Sir Francis Drake sailed the West Coast for the first Queen Elizabeth in 1579 as far as northern California, but some speculate possibly as far north as Oregon, Washington or even British Columbia.

British captains James Cook and George Vancouver explored the area in the late 18th century looking for the Northwest Passage that would connect the Pacific with the Atlantic. They named and mapped. The Spanish explored too, but didn’t colonize this far north; the Russians poked around but didn’t stay this far south. But British imperial enterprises like the Hudson’s Bay Company spread fur traders far and wide, including remote spots in what became known as the Oregon country. 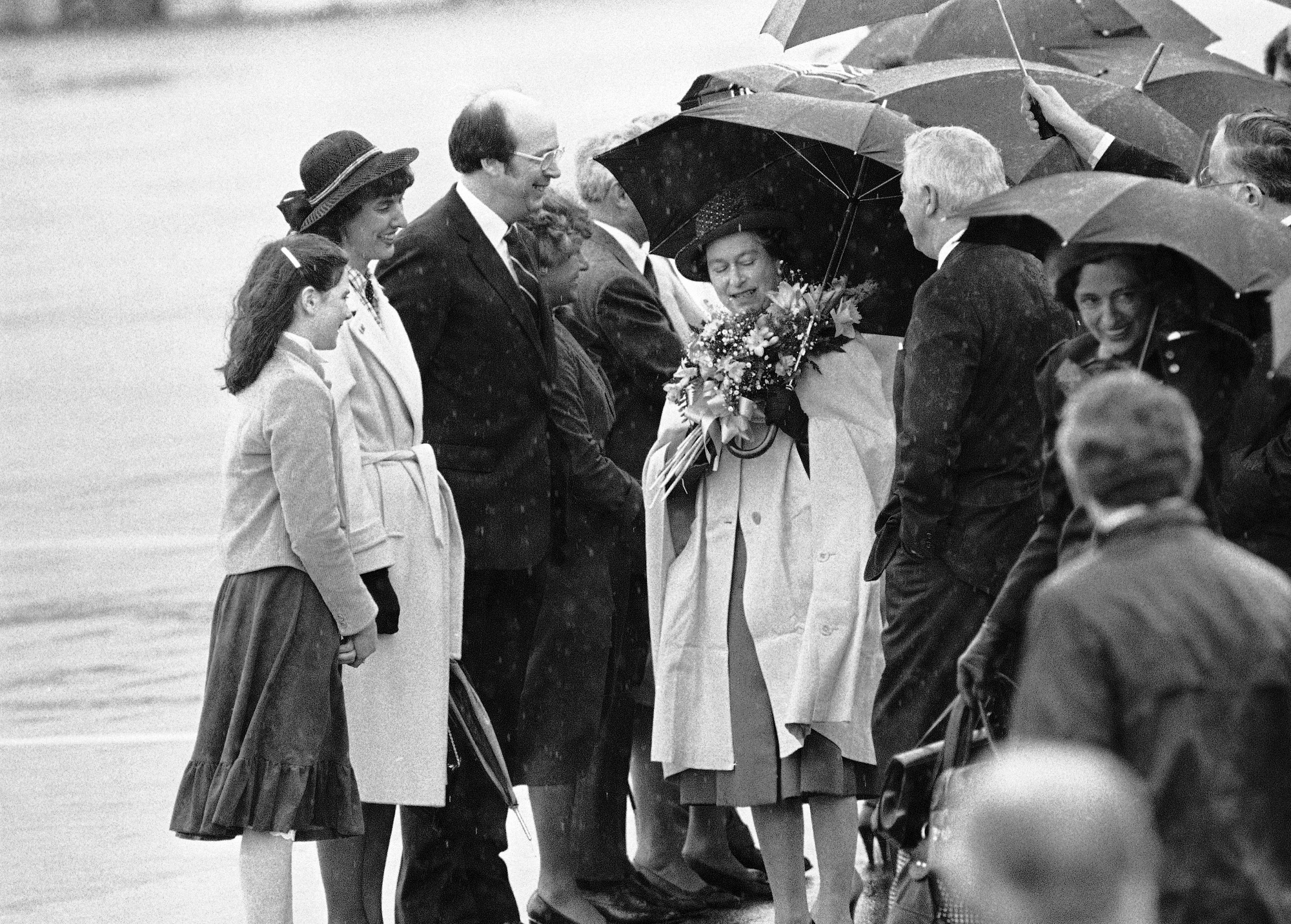 Queen Elizabeth II holds flowers which were presented to her on Monday, March 7, 1983, upon her arrival in Seattle. Next to Queen Elizabeth is former Washington Gov. John Spellman, right. (AP Photo/Barry Sweet)

Queen Elizabeth II holds flowers which were presented to her on Monday, March 7, 1983, upon her arrival in Seattle. Next to Queen Elizabeth is former Washington Gov. John Spellman, right. (AP Photo/Barry Sweet)

They claimed the land for Britain. America pushed back, asserting its own claims, and in 1818 the U.S. and Britain decided to “share” the area. This sharing did not extend to the area’s Native populations, who were subjected to wide-scale death and dispossession at the hands of both the British and the Americans.

Settlers from the states gushed in on wagon trains, and some pushed north of the Columbia River to Puget Sound. It was a land grab before the ink was too dry on the settling of international borders. The Brits brought European culture to the area: schools, farms, trading posts, even the first apple trees. Twenty years later a negotiated compromise gave the U.S. Oregon country south of the 49th parallel, except Vancouver Island.

The border through the San Juan Islands was disputed, and Britain and the U.S. nearly went to war. The conflict was precipitated by an American squatter on San Juan Island who shot a pig that had strayed from a Hudson’s Bay farm in 1859. The pig’s British owner demanded compensation for the murdered hog, but the American refused, opening an argument over whose laws and whose people had rights on the contested island.

The Americans sent in troops to protect American rights, led by hot-headed officer George Pickett, who rolled out artillery. He was followed by Royal Navy warships with bigger guns that could have blown Pickett’s camp to bits.

Cooler heads prevailed and the dispute went into arbitration. Pickett would later lead the ill-fated Pickett’s Charge for the Confederacy’s losing cause at Gettysburg. (We’ll have more on this in an upcoming episode of Season 6 of Mossback’s Northwest, which debuts Sept. 29.)

That dispute over dead pork, had it escalated, might have caused some rethinking about the border. Sir James Douglas, local boss of the colony of Vancouver Island and head of the Hudson’s Bay Co. operation in the region, was unhappy about Britain’s retreat from the rich Oregon country, losing posts like Fort Vancouver on the Columbia River and Fort Nisqually near present-day Tacoma. He’d witnessed the U.S. land grab of this territory and wanted to stop it in the San Juans. 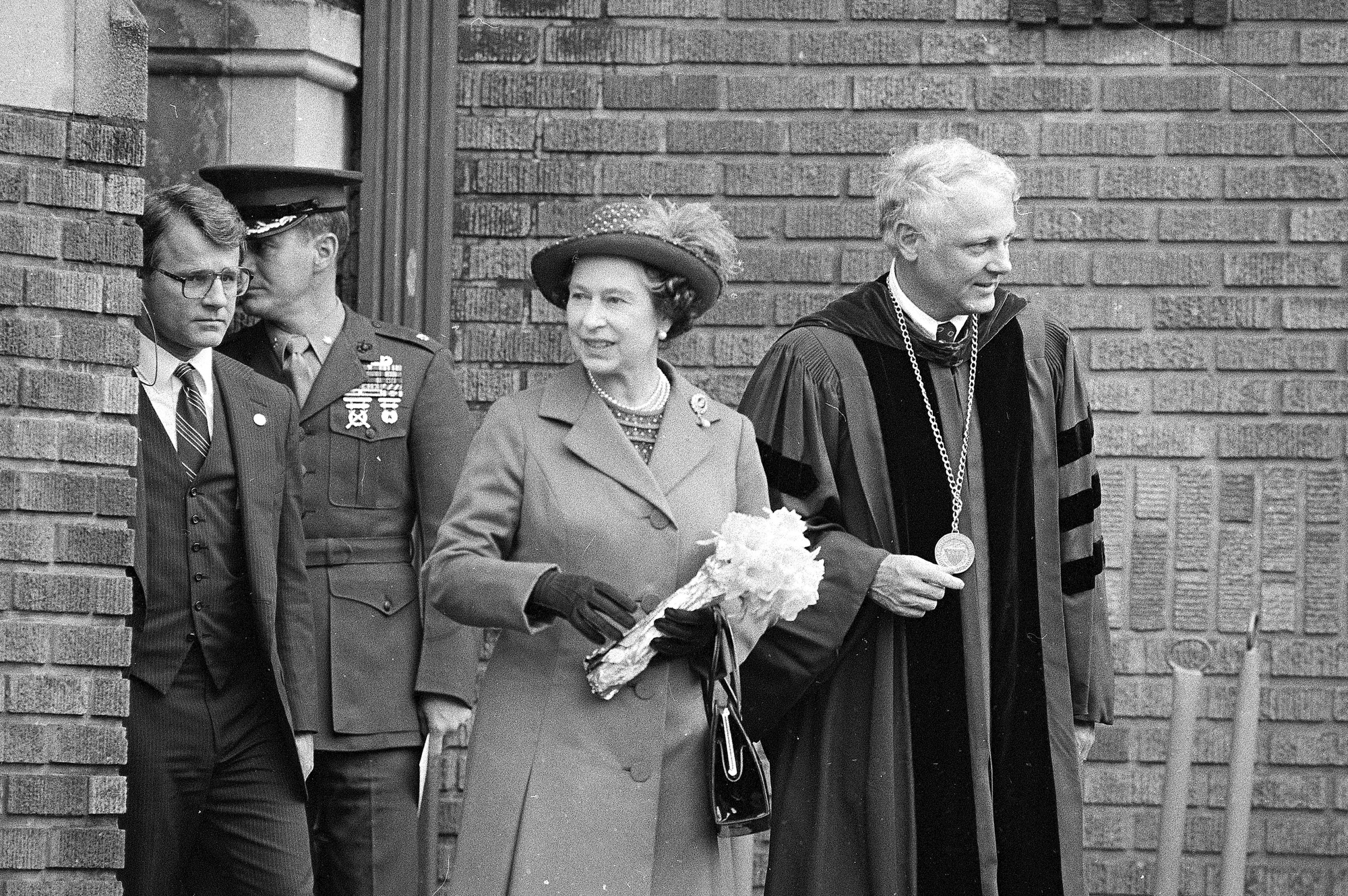 The San Juan boundary dispute was finally settled by arbitration in 1872 after a joint military occupation of San Juan. But it’s also possible that the British might have acted more aggressively, turning the Pig War into a shooting war. Later, while Pickett and America were mired in the Civil War, Douglas apparently mused over taking advantage of America’s distraction to consider reoccupying the lost lands of the Puget Sound basin. It must have been tempting.

Today, a Peace Arch stands on the border of British Columbia and the U.S. in Blaine, Washington, with the inscription “Children of a Common Mother,” which could mean humanity in general, or Britain in particular.

The departed Elizabeth II reigned in an era of friendship and alliance between the “children.” Her presence was heavier in Canada where her face adorns coins and stamps, which I first noticed when my granny took us on trips to Victoria on the Princess Marguerite, and where she was until her death technically head of state. But it was in the United States where I had the chance to see the portrait on my teacup come to life when the queen and Prince Philip visited Seattle for a day in 1983.

I was in the crowd that lined Fifth Avenue downtown as the couple and accompanying dignitaries walked from the Monorail to the Westin Hotel for a reception. They’d visited the University of Washington and Seattle Center. I had never since a queen and her prince before and they looked exceedingly normal, but you cannot deny a certain dignity and charisma.

In addition to the Royals, my granny also liked the Kennedys and Elvis. For some of us, the royal walk was a momentary thrill —and, through the lens of history, a glimpse of what might have been and an empire that had a profound impact shaping our region, whether we remember it or not. 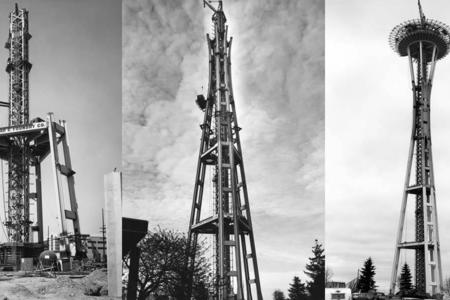 Who really designed the Space Needle?

Who really designed the Space Needle?