After World War I and the influenza pandemic, the Jazz Age of the 1920s flourished, thanks in part to new Prohibition laws.

In Seattle, the nightclub and speakeasy scene took off, spreading from Pioneer Square to Chinatown (as it was then called) to the Central District. Music was central to those venues. From jazz to blues to rock and roll, they nurtured generations of great music and musicians and left an extraordinary legacy. It was the amazing Jackson Street club scene.

Seattle was a very segregated city back then. By day, the social norms of the white majority and their redlines were steadfast, racist covenants spread through neighborhoods and the local KKK rallied. But there was semi-clandestine relief from those pressures as races mixed exuberantly in the after-hours clubs that featured Black musicians — clubs like the legendary Alhambra, later known as the Black and Tan, at 12th Avenue South and South Jackson Street.

This crossroads, jazz historian Paul de Barros has written, was the epicenter of the scene that stretched from the late teens to the 1960s. In clubs, dance halls, cabarets, gambling dens and speakeasies, he has written, “Seattle rocked with wine, women, whoopee — and jazz.”

Historian Quintard Taylor has written that venues like the Congo Club, the Rocking Chair and the 300 Club “flouted law and custom by allowing gambling, after-hours drinking and inter-racial mingling. They were the only places where well-to-do white businessmen and socialites met Black and Asian laborers and maids as social equals.”

All-night clubs, dance floors and illicit establishments were the connective tissue of an expansive vice district with Jackson as its main artery. As Seattle urbanized and the population grew — including a Black population leaving the Jim Crow South — the demand for entertainment boomed, partly due to Washington’s early prohibition law in 1916 and later with an influx of workers during WWII. 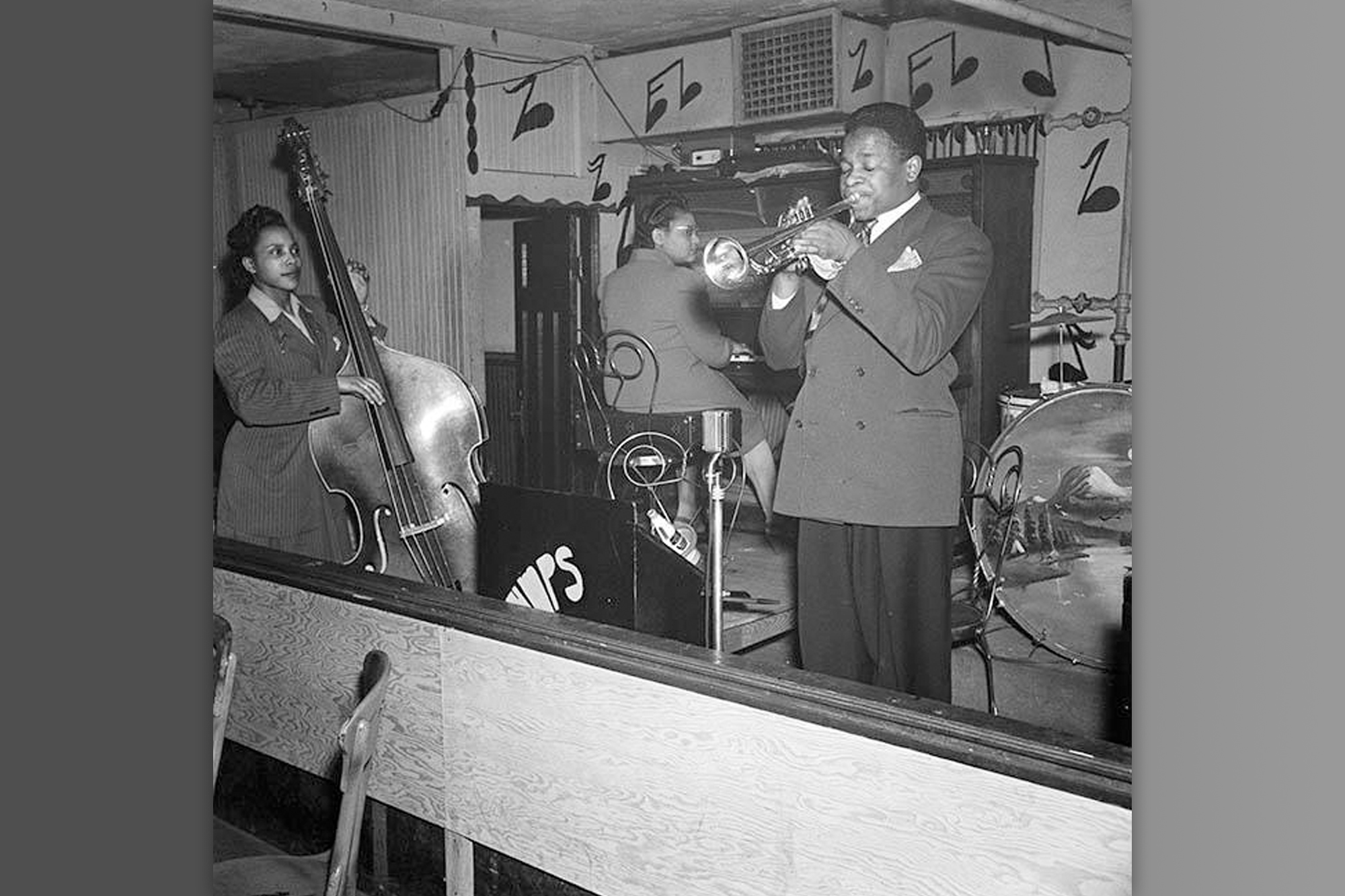 An unidentified band performing at the Black and Tan Club c. 1945. (MOHAI)

An unidentified band performing at the Black and Tan Club c. 1945. (MOHAI)

It’s hard to pin down when jazz first came to Seattle. The first documented jazz concert by a local band was performed by Miss Lillian Smith’s Jazz Band at an NAACP fundraiser at Washington Hall in 1918. Big-name Black bandleaders followed, coming through town and finding a home and fans along Jackson Street. Visiting bandleaders — including celebrities like Lionel Hampton, Cab Calloway, and Duke Ellington — often came to the clubs after performances in downtown theaters.

A mainstay of the local scene was a lesser-known musician named Frank Waldron, whose work in Seattle had long-lasting impact. Waldron played trumpet and saxophone in a number of bands, including the Whangdoodle Orchestra, which played popular music at many venues in the region. In the upper floor of a Jackson Street rooming house, he gave music lessons. His students included Quincy Jones and Buddy Catlett, who played bass for Louis Armstrong and Count Basie.

Jones remembered his first lesson with Waldron in an interview with de Barros. Jones said he — Jones — exhibited the worst technique in the world. And Waldron said, "'Well, I’ll be god damned.' [as if saying] What am I going to do with this dude?" 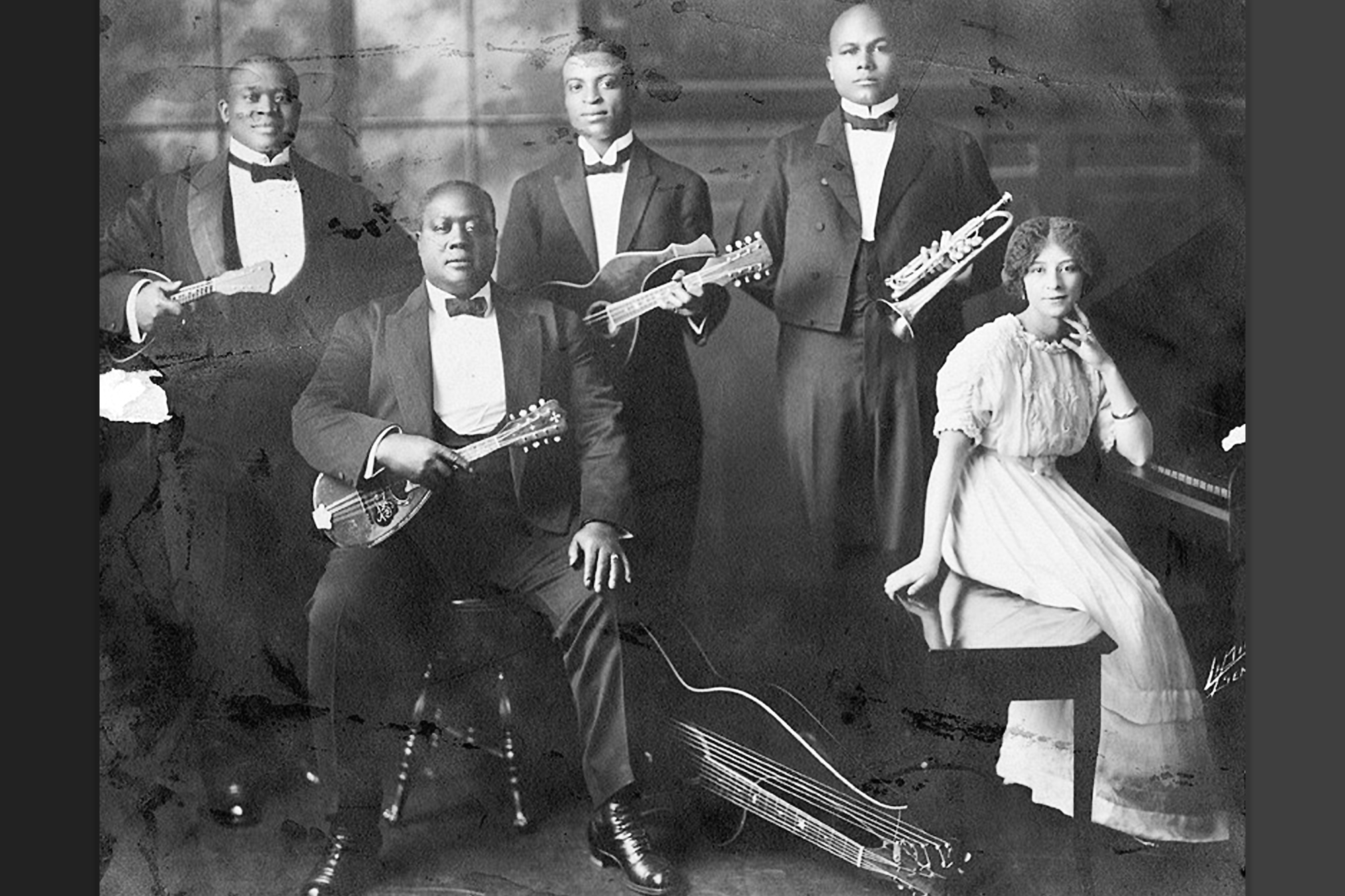 The Whangdoodle Orchestra in 1914 with Frank D. Waldron third from the left in the back. (Black Heritage Society of Washington).

The Whangdoodle Orchestra in 1914 with Frank D. Waldron third from the left in the back. (Black Heritage Society of Washington).

Greg Ruby, a musician who has written about Waldron and studied his work, believes his "contributions are significant to the musical history of Seattle." They’re not limited to his students or his playing during the jazz-scene heyday — he was also a composer. He wrote and published a song called "Kaiser’s Got the Blues (Since Uncle Sam Stepped In)" — a WWI-era piece.

In the mid-1920s he also published a book of his compositions called Syncopated Classics, which was meant to showcase and teach jazz technique. Ruby points out that despite Seattle’s lively Jackson Street scene, almost none of its music was recorded, thus Waldron’s compositions have literally not been heard for decades. But Ruby’s band has recorded Syncopated Classics, and Waldron’s work is a rare example that fills an audio void from jazz’s early days here.