It's been an incredible year in Seattle and the Pacific Northwest. These Crosscut stories sparked conversation, change and awareness.

Crosscut covered a lot of stories in 2019. We wrote countless words, captured tons of photographs and shot and edited many videos (and our first documentary!). From news and politics to science and the environment to arts and culture, these were among some of the biggest stories of the year. They were chosen using a combination of website traffic data and editorial judgment. We present this review as an unranked list.

In the 2019 race for Seattle City Council, perhaps no contest was written about more than the one in District 3 between incumbent Kshama Sawant and challenger Egan Orion. After trailing by 8.4 percentage points on election night, Sawant came back with about 60% of late ballots to secure a third term.

Her progressive turnaround wasn’t the only big story from November’s results. Civil rights icon  After 25 years on the King County Council, civil rights icon Larry Gossett was shocked by challenger Girmay Zahilay, Washington state also elected its first two Muslim women to office. Initiative 976 passed and immediately faced legal challenges that will play out into 2020, including one from a small, conservative, rural county. In the wake of the election, we also dug into the story behind Amazon’s failed $1 million play to swing Seattle’s contests, and answered a question many newcomers to the state were asking: Who is Tim Eyman and why do so many people hate him?

The city of Seattle declared homelessness an emergency in 2015, but the crisis continues. People with unstable shelter or no shelter at all live on the margins, but there are unfolding crises within the crisis, making it even harder for some to get out. Reporter David Kroman shed light on challenges faced by the aging, sick and disabled, for whom homelessness exacerbates other complex struggles.

In the story above, Kroman talked to Hughes Daniels about his life in a shelter, and how it has changed since a surgery to remove a tumor from his colon. In September, Kroman talked with LaToya Washington about how disability payments can’t keep up with the rising costs of rent, and later with Dwight Williams about returning to homelessness even after playing by the rules of federal disability assistance. This month, he wrote about how the increasing costs of both health care and housing can make an entire family homeless after just one sick diagnosis for a child. The crucial reporting on these vulnerable populations even got the attention of the Seattle City Council.

Immigration policy mandated at the national level had countless immediate effects on lives across Washington state this year, and Crosscut documented as many as we could. In May, reporter Lilly Fowler wrote the story above about deportation flights in Yakima beginning just days after ICE Air flights at Seattle’s Boeing Field were discontinued. Crosscut journalists also told the story — with words and video — of Washington farmers and laborers struggling under the fourth-largest guest worker program in the nation. In September, Temple Beth Hatfiloh in Olympia took in an undocumented family and became the third religious institution in the state to protect individuals from deportation. And just before that, we told the story of Jose Robles, a father of three who was detained by ICE after giving up refuge at a Seattle church to plead his case.

Here are a few more immigration stories we published this year:

From visual arts to the stage and beyond, Crosscut was right there for the great and the heartbreaking, including legendary local DJ Cheryl Waters stepping away from the mic at KEXP to recover from cancer for a second time.

On the city’s sidewalks, comic illustrator Susanna Ryan fell in love with Seattle and brought us, via Instagram, her “Seattle Walk Report.” In the city’s tattoo shops, queer artists showed us how they are redefining tattoo culture and creating welcoming spaces with an age-old inking method. On the side of the Edgewater Hotel, the artist known as Wyland made a renewed plea for Puget Sound’s killer whales with a beautiful new mural (and some help from Eddie Vedder). Even our trash was turned into art this year, thanks to artists in residence at the Recology CleanScapes recycling facility in SoDo.

Here are a few more arts and culture stories we published this year:

Covering Seattle means examining growth and the changes that come with it, good and bad. There was no shortage of change this year to make us collectively wonder what we’re losing, what we’re gaining and what kind of city we might become. The story of change that seemed to resonate most with our readers was about the end of Northgate Mall, one of the country’s latest “ghost malls.” As most stores close up and the remaining few count down their days, writer Charles R. Cross sat in the food court contemplating what it meant for Seattle. Writer Glenn Nelson did a lot of contemplating himself this year, writing about how Seattle can — and must — slow gentrification, and how an era of change has to reckon with Seafair and the Blue Angels eventually. How do Seattleites feel about all the growth? It depends on when they got here, our poll showed.

Here are a few more growth and change stories we published this year:

‘Seattle Is Dying’: A conversation

Seattle has been in a state of homeless emergency for over four years. So when KOMO this spring aired “Seattle Is Dying,” the special TV report arrived with a crash. Some frustrated homeowners and business leaders hailed it as an accurate reflection of the city’s homelessness crisis. Homeless advocates railed against it, calling it voyeuristic and misinformed.

For Robert Champagne, featured in the documentary as a homeless person sitting on the sidewalk and leaning against newspaper boxes, the report didn’t reflect who he was. In fact, Champagne hadn’t been homeless in more than three years.

“It makes me look like a waste case,” he told Crosscut reporter David Kroman. “When someone says that I’m like that most of the time, it offends me, it really does,” he added. “It really does. Because that’s not who I am.” 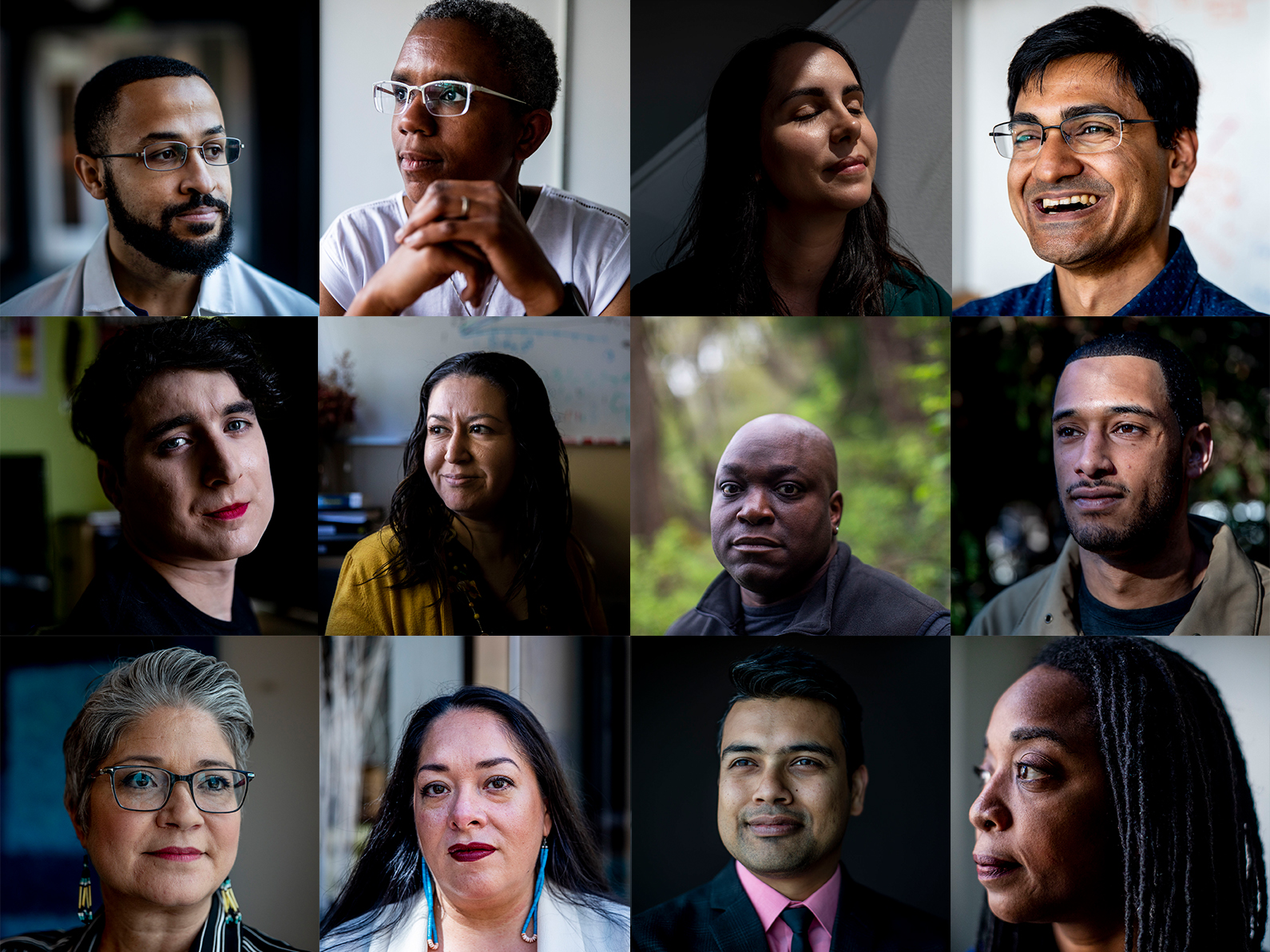 In techie hubs like Northwest, the stereotype of the white, male tech worker abounds. So where can people from historically marginalized communities who aspire to work in science, technology, engineering and mathematics look for inspiration? Crosscut reporters teamed up to create the “I am STEM” series, which gave local scientists the opportunity to talk about their own stories, in their own words. There were people like Edwin Ngugi Wanji, a solar energy entrepreneur inspired by his Kenyan hometown’s unreliable electric grid. Or Os Keyes, a researcher who’s written about how facial recognition tech erases transgender people. Or Abigail Echo-Hawk, the chief research officer at the Seattle Indian Health Board, who used data to push the Missing and Murdered Indigenous Womens’ movement to the mainstream.

Since wrapping up the series in July, we’ve heard from several readers how meaningful it was to see themselves and people from their communities reflected in our coverage.

Here are a few more related stories we published this year:

Native-led movements have made headlines in the Pacific Northwest in 2019. In a small Seattle neighborhood, the Duwamish people and other tribal supporters, reclaimed a sacred healing spring. “It’s one of the only sacred places that’s been untouched,” Akichita Takenalive told reporter Manola Secaira. “Or, at least, not completely destroyed.”

Another story took us back in time to learn about Seattle’s first Indigenous landmark. Two were about a couple of the Snoqualmie Tribe’s big purchases, including the land around its sacred waterfalls and a Native-owned design brand. Most widely felt, though, was the pain of Native family members and friends who cried out to the world about their fight to find missing and murdered Indigenous women, an epidemic that puts an already-marginalized group at some of the highest risk for experiencing deadly violence.

Here's a related story also published by Crosscut this year: 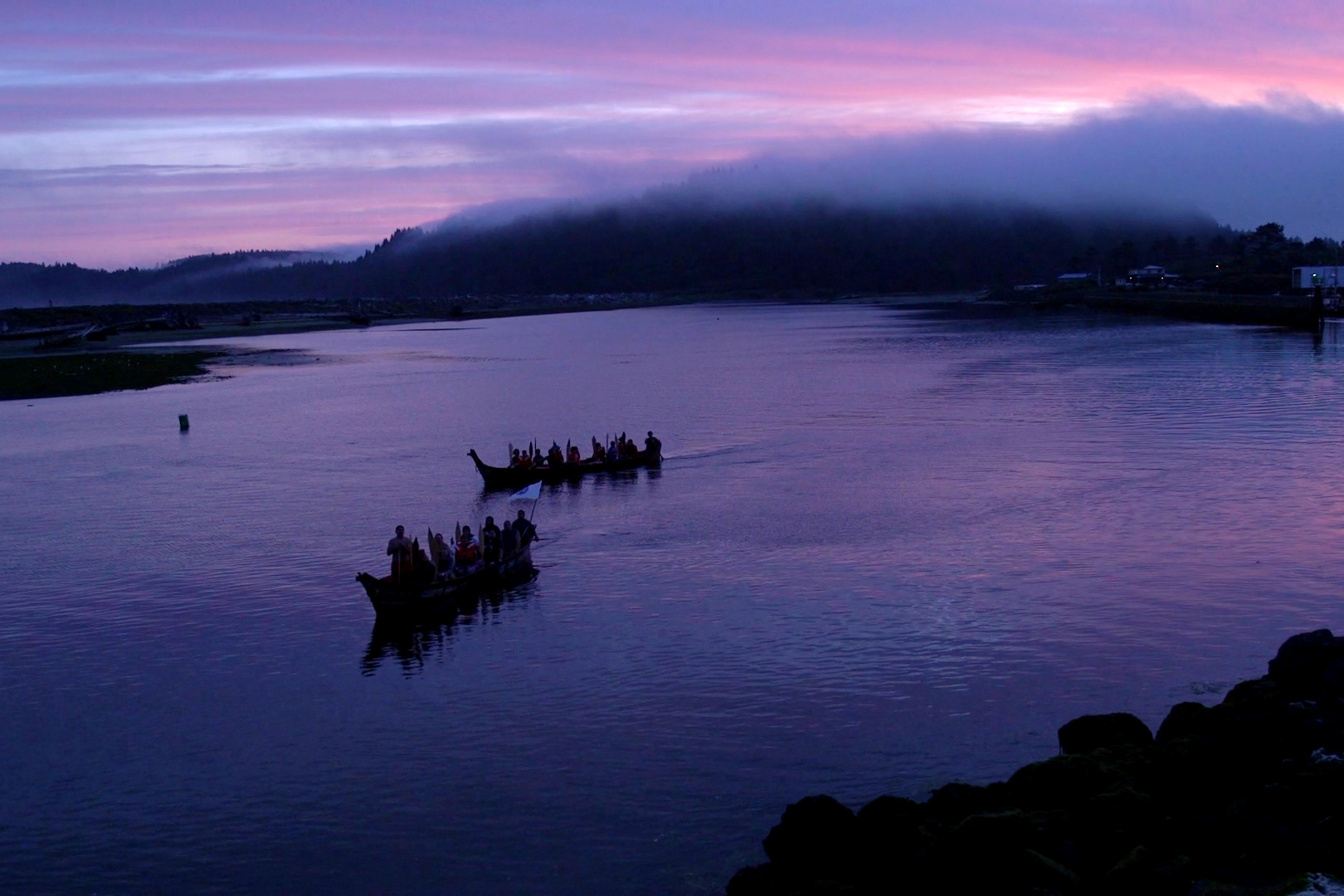 Climate doom is looming on many people’s minds — and it’s weighing especially heavy on Pacific Northwesterners. It came sharply into focus as we created our first-ever Crosscut documentary, The Rising, which tells the history of the Quinault Indian Nation and how sea level rise is threatening their way of life and their communities.

Then there are the teens who went on strike for their futures and Methow Valley high schoolers confronting their hometown’s “new normal” of wildfires. There’s artist Peggy Smith-Venturi’s beautifully intricate boxes containing her fears of environmental collapse. There are also movements showing locals how to die good, green deaths.

Here are other related stories published by Crosscut this year:

New to Crosscut in 2019 was Focus, an initiative to take a deep dive into the Pacific Northwest’s most significant issues.

In September, we took a look at the past, present and future of wildfires in Washington state, including firefighters’ struggles with post-traumatic stress syndrome, the history of smoke-jumpers, and how Indigenous fire practices could make a resurgence. In October, we launched our next series, about the fight for pay equity in sports, including the search for a home for the Seattle Storm, a profile of the PAC-12’s only female athletic director and the Reign’s relocation to Tacoma.

What both had in common: in-depth reporting and beautiful multimedia storytelling.

Check out both of our Focus series: