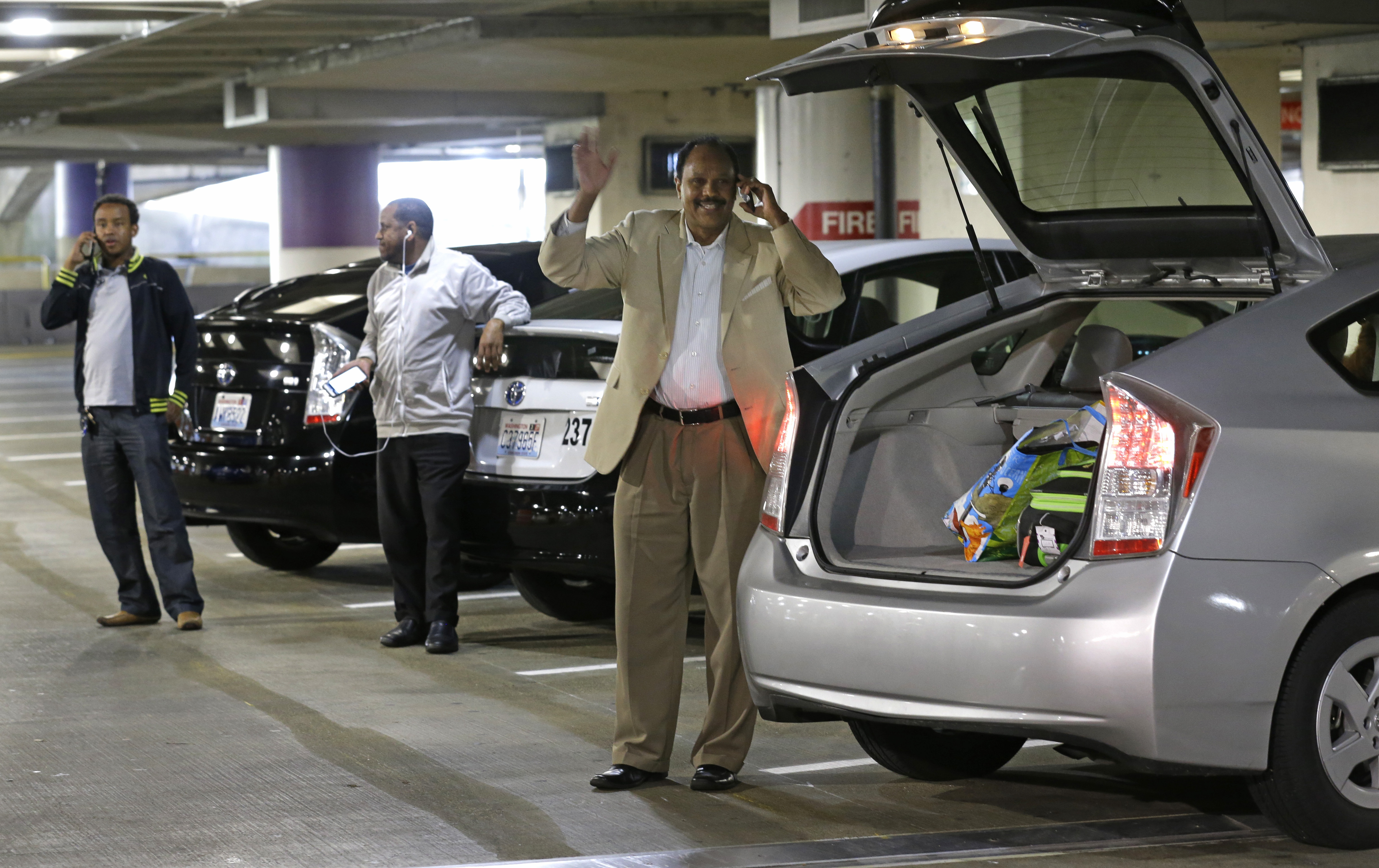 Hamdi Abdulle always knows the day’s most important issues, especially among the many drivers for Uber and Lyft who come through her doors.

“We talk about things that are the talk of the town,” said Abdulle, executive director of African Community Housing & Development in SeaTac.

When word broke over the weekend of coronavirus infections and deaths, the news was passed among the drivers who wait for clients near the airport, said Abdulle. And as it has, drivers without the benefit of sick leave are finding themselves weighing at what point they would give up hours on the road for the sake of public — and personal — health.

“This is not something you can say, ‘I’m going to stay in the house because I’m afraid,’” said Abdulle.

On Monday, Gov. Jay Inslee called it a “patriotic act” for workers who are feeling ill to stay home.

But that advice, while well-taken, has also exposed the rifts in the labor market between those fortunate enough to have health insurance and generous employment policies and the mostly lower-income workforce who don’t enjoy such luxuries. For workers in the worlds of service, hospitality, health care and others, the question is not one of patriotism but paychecks.

It’s easier in Washington than in many states to take a day off. As of 2018, employers are required to offer sick leave to employees, even for part-time work. Seattle has had a similar law on the books since 2012.

But the policy does not reach workers in the “gig economy” who are technically independent contractors. For the more than 30,000 registered drivers in King County — and the many more who work for other various app-based companies — each day home is a day without income.

“We’re really worried about who’s going to cover our bills in case I’m not working,” said Ubah Dahraan, who has driven for Uber and Lyft for nearly four years. Dahraan is a single mother with four kids, aged between 13 and 24. She was a stay-at-home mother until she and her husband divorced. She has no savings. To keep up on the rent of her three-bedroom home in Redmond, she drives 50 to 60 hours a week over all seven days.

Like anyone who works, Dahraan admits she’s pushed through illness before. “Sometimes if you feel a little sick, of course you have to work,” she said.

But the coronavirus — which has now killed at least nine people in Washington state — has made that balance more precarious. “This is not China,” said Dahraan. “This is next to my house, in Kirkland!”

Even before this outbreak, officials and advocates in Washington — and Seattle in particular — have worked to increase stability for those in the gig economy. An effort to allow drivers to unionize has mostly sputtered in the courts, but last year Mayor Jenny Durkan proposed — and the Seattle City Council moved forward on — a plan to roll out a minimum wage and possibly other benefits for Uber and Lyft drivers in the coming months.

A spokeswoman for Durkan called financial flexibility “crucial” to the health of workers and the community, especially during an outbreak like this one. “We will continue to advocate for compensation that provides drivers the flexibility and resources to take time off when sick,” the spokeswoman said.

Seattle City Councilmember Teresa Mosqueda said she’s interested in finding a creative path to provide sick days to gig workers, possibly in the form of an insurance pool that both the companies and their workers would contribute to. It’s an idea that’s still in its early stage, but one whose urgency is underscored by the recent outbreak, Mosqueda said.

“We need those folks to be able to take a day off as well,” she said. “This type of work is so integrated into society, they ought to be covered.”

Additionally, on Wednesday, the pro-labor advocacy organization Working Washington will roll out a campaign to expand minimum wage guarantees to other gig workers at companies like DoorDash, Instacart or Grubhub. Higher pay means more freedom to take a sick day, said Sage Wilson with the organization.

“When people are weighing a decision about, should I be working or should I not be working, a big consideration in that is, can I pay rent at the end of the month?” he said.

In an email, a representative from Lyft said the company is monitoring the guidelines set by the Centers for Disease Control and the World Health Organization. The company has provided a resource guide online for drivers and is working to provide free hand sanitizer and antibacterial wipes.

Stephanie Sedlak with Uber said the company supports establishing an earnings standard and greater benefits for drivers and has advocated for addressing these issues through statewide legislation.

In the short term, the company is encouraging drivers to follow local guidelines and said it would reevaluate its approach as the situation evolves.

Sedlak said they “continue to be concerned by the ongoing spread of coronavirus” and have a team of people ready to respond as needed. “We remain in close contact with local public health organizations and will continue to follow their recommendations,” she said.

For driver Jake Lindsay, the outbreak is something of a worst case scenario. He has a condition that leaves his immune system suppressed, as well as a history of respiratory illness. For the last week he’s also been sick, although he said he doesn’t believe it’s coronavirus.

All this means his concern is twofold, about both spreading and contracting illness. He’s off the road for now and has managed to tread water, financially. But he can’t sustain it for long; rent’s due.

“Whenever we’re sick,” he said, “it’s a calculation of, do you lose money and not work that day, or do you maybe spread the disease you have.”