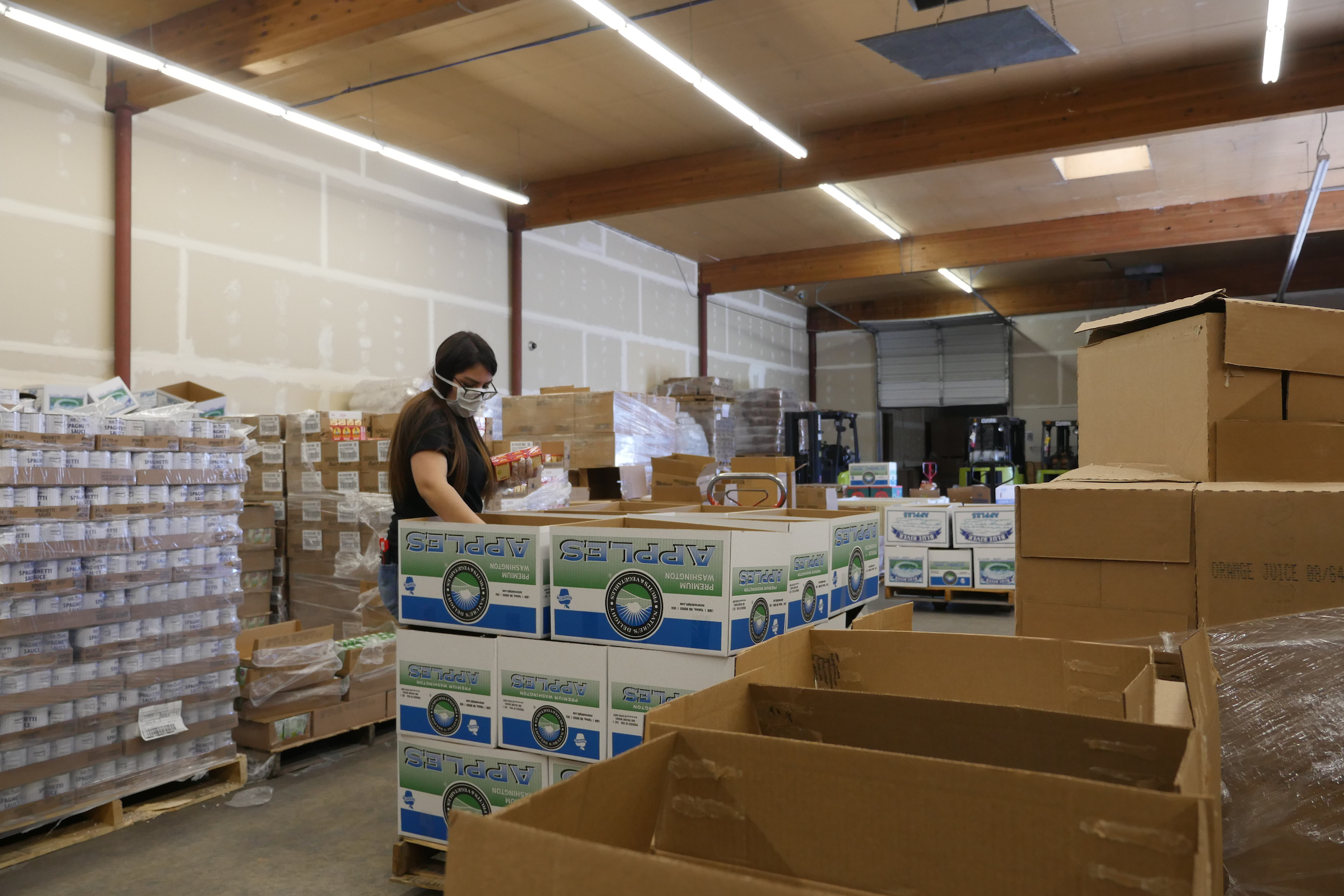 Within the next month, 2 million Washingtonians — more than a quarter of the state’s population — could be in need of food assistance.

That’s an increase from 1.6 million from the beginning of April, already double the number before the COVID-19 pandemic.

“We’re still looking under every stone to find every amount of resources available, while our philanthropic partners are working to achieve additional funding as well,” said Katie Rains, a member of the Washington State Department of Agriculture’s food assistance team.

This widespread food insecurity is currently costing the state $6 million a week — half a million of which is needed just for packaging, personal protective equipment and sanitation. Before COVID-19, the annual food assistance budget was $6 million.

In late March, a government report rang the alarm that Washington could see empty food shelves by mid-April if nothing was done. Food banks echoed that concern.

The fund has raised about $3 million since its launch, enough for only half a week’s worth of food assistance for the people of Washington state.

Earlier this year, the Legislature approved $10 million in Department of Agriculture relief funding for food banks, of which $1.5 million went into the Emergency Food Assistance Program. That money is allocated to each county and is meant to be flexible, Rains said, so it can be used to purchase food, pay for staffing, or cover utility bills.

The Department of Agriculture purchased $5 million in food and supplies, including hand sanitizer made by Washington distilleries, to distribute statewide. About $3 million was invested into the big three hunger organizations.

Rains said the Department of Agriculture is also in talks with the Office of Financial Management to put in additional requests for federal CARES Act stabilization funding, as well as help from the Federal Emergency Management Agency, or FEMA.

Rains believes the Department of Agriculture may have to wait until the third week of May to access funds under the Coronavirus Aid, Relief and Economic Security Act, so it's asking for philanthropic dollars to cover $11 million for the first part of May.

“We’re still feeling confident we’ll be able to procure enough food and enough funds to get through the month without any larger crisis,” she said.

Part of the response has included the packaging and shipping of emergency food boxes from the big three to individual food banks. Each of the three organizations is covering a portion of the state: Food Lifeline has the Puget Sound area, Second Harvest has Eastern Washington and Northwest Harvest covers Central Washington.

Laura Hamilton, development director of Northwest Harvest, said her organization distributed 24,000 emergency food boxes in the past two weeks, in addition to distributing them at its Seattle SoDo community market and at additional popup sites sprinkled throughout the state.

Previously, 90% of its food came from donations and 10% from purchasing. Those numbers are essentially flipped now, Hamilton said. Purchasing most of the food itself, Northwest Harvest is dipping into reserves from its own fundraising, alongside dollars from the U.S. Department of Agriculture and WA Food Fund.

“So we’ve got the food line starting to loosen up in terms of that pipeline of bringing food in,” Hamilton said.

But at a tune of $6 million a week, Hamilton said the organization needs more federal dollars.

“The need really, truly is so extensive that we don’t, and can’t, expect private philanthropy to completely cover the need,” Hamilton said. “This is where we are counting on the federal resources … that is something that is definitely needed in order to make sure that we can keep this moving and keep feeding people in this state.”

Sunrise Outreach Center, which runs six sites across the Yakima Valley, hasn’t run out of food yet, is fortunate because it receives a large portion of its food donations from TEFAP, the federal emergency food assistance program. The Wapato and Yakima sites rely on it for half their supply, and the other sites receive one-third of their supplies from the program.

But this isn’t a financial resource every food bank can access. To qualify for TEFAP, a food bank must annually certify each household, requiring recipients to fill out a form with name, address, number in household and self-declared income. It’s a burdensome extra step, especially for those who may be afraid to provide a name and address to a federal program, including those who are undocumented.

With food bank donations dropping as significantly as 70% to organizations that supply sites like Sunrise, it’s a saving grace. So every July 1, Trainor rolls out the form. He doesn’t want to think about what would happen if his food banks, or others across the Yakima Valley, were to go empty.

“Just picture the chaos we would be in if we didn't have them: People trying to feed their families and they got no money and no place to go,” Trainor said. “It could be a huge breakdown in society.”