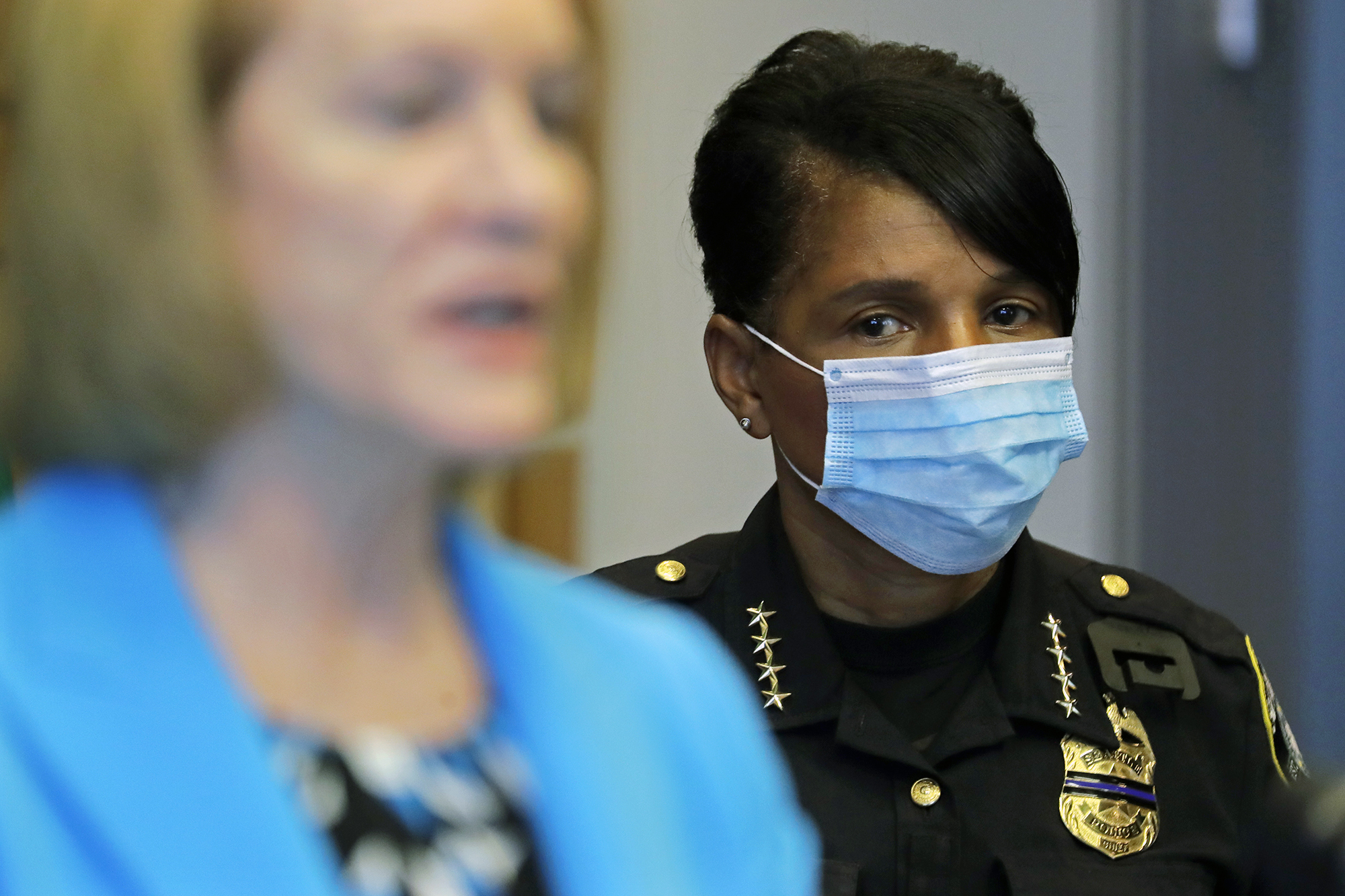 Carmen Best became Seattle’s first Black female police chief on the shoulders of the community that loved her and fought for her appointment, even when she was left off the mayor’s first list of finalists.

Nearly two years later, Best is stepping down — battered by political fights, angry at how she was treated, buoyant that she’s leaving it all behind.

It’s a different world from when she first took the job; a pandemic and the killing of George Floyd saw to that. Best has been in the middle of it all — a successful Black woman at the top of an institution distrusted by many in the Black community.

For the older generation of Black Seattleites, who helped lift her up in the first place, she was an inspiration. For the mostly younger protesters, she was scorned for her department’s response to the demonstrations and for leading an organization they view as antiquated. The spectrum between the two weaves a complicated mix of emotions for those who want a radical overhaul of policing, but worry about who succeeds Best.

“It’s a hard thing, I think, to kinda settle on one particular narrative around this,” said TraeAnna Holiday, a 38-year-old community organizer with Africatown Community Land Trust. “This is hitting different generations a little bit differently in the Black community.”

Among the older generation, the response is mostly unambiguous. As Best formally announced her retirement, members of the city’s Black clergy sat by her side.

“We describe it as a death,” said Victoria Beach, 61, chair of the Seattle Police Department’s African American Community Advisory Council. “We are in a world of trouble now.”

Beach said she thinks about leaving Seattle now, despite having grown up here, but part of her also wants to stay and fight for police reform. Asked about the divide between older and younger activists in the Black community who agree with the cuts the city council made this week to the police budget, Beach cited a Bible verse: “Forgive them for they know not what they do.”

The Rev. Harriett Walden of Mothers for Police Accountability said that before making demands, younger activists need to learn about what her generation already achieved with regard to police reform.

“They have not examined what's already there. Most of them have not read the consent decree,” Walden said.

Walden said Best would not have been treated the same way — by the Seattle City Council, in particular — had she been white.

“It’s anti-Blackness, and I stand on that,” she said.

Beach made clear she agrees with demands to decrease the types of calls police officers must respond to, as well as with requests to invest in the Black community, particularly with regard to mental health services. But she argued that the defunding of police happening now had not been thought through.

“It doesn’t make sense. None of it makes sense,” she said. “This was our opportunity. For once, white people felt our pain.”

Andre Taylor, whose brother, Che Taylor, was killed by Seattle police and whose organization, Not This Time, helped pass a statewide police accountability bill, said he was angered by Best’s downfall. He pointed in particular to the city council’s decision to cut Best’s salary for the rest of 2020.

“This here is insulting for this agitation movement to think that, at the end of the day, you’re going to remove or pressure a Black woman, the first [permanent] Black chief in the history of this city … take her money from her and force her to have to make a stand on principle and say, ‘I’m not going to allow you to do that,’ ” he said. “It is unconscionable. I’m so pissed off.”

Still, Livio de la Cruz, the organization’s treasurer, said Best was always willing to work with them. It may seem to be a victory for accountability, but he worries the future could portend a shift toward a stridently law-and-order approach to policing. 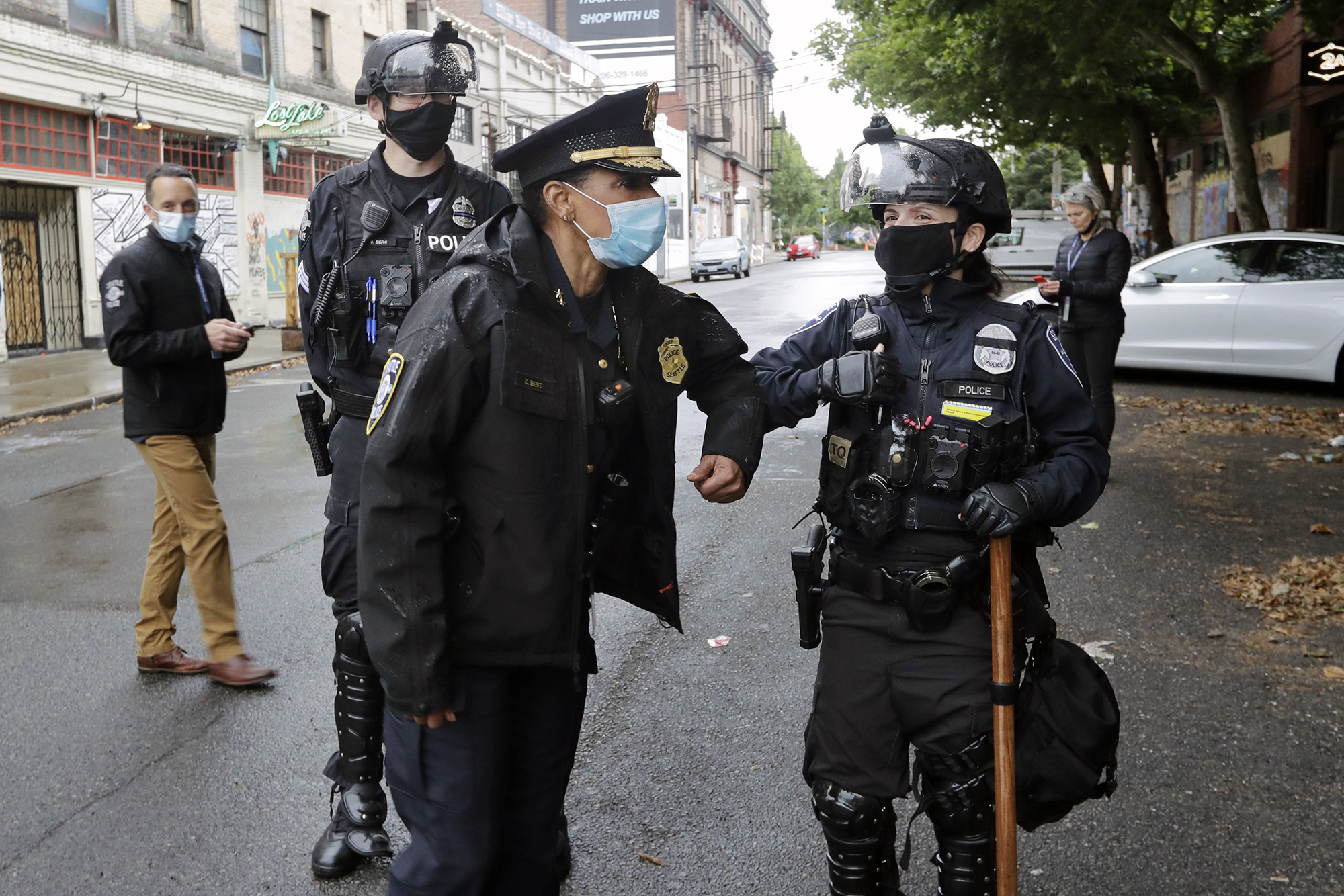 Seattle Police Chief Carmen Best, center, bumps elbows in greeting with an officer as she walks the perimeter of an area police cleared hours earlier Wednesday, July 1, 2020, in Seattle, where streets had been blocked off in an area occupied by demonstrators for weeks. (AP Photo/Elaine Thompson)

Seattle Police Chief Carmen Best, center, bumps elbows in greeting with an officer as she walks the perimeter of an area police cleared hours earlier Wednesday, July 1, 2020, in Seattle, where streets had been blocked off in an area occupied by demonstrators for weeks. (AP Photo/Elaine Thompson)

Holiday of Africatown sounded a similar note. Although she hasn’t always agreed with the ways Best has handled protests — including when people showed up at the chief’s own doorstep at her home in Snohomish County — news of her resignation has been difficult to process.

“We had someone at least who was representing a position of high authority and that was also a Black woman, so there was some relief there for the Black community,” Holiday said.

“This is not a zero sum game,” Holiday continued. “When we hear words like reimagining the police force ... I think that people have to take into consideration that a lot of this takes time.”

For others, often younger activists, the impact of a Black woman as the city’s top cop is blunted by the history of the institution she led.

“The task of rooting out anti-Black racism from the police department is too large for any one person,” King County Equity Now, a coalition of organizations pushing for radical change, said in a statement. “Our concern is first and foremost centered on the lived experiences and conditions of Black communities. Black representation in leadership is critical and necessary, but only in-so-far as it works to upend the status quo and improve the health, safety, and equity of Black communities.”

Kamau Chege, a 25-year-old community organizer and managing director of Washington Census Alliance, a coalition of 93 tribes and community organizations of color, said he looks at the generational difference as one that exists “between an older political establishment and a more age-diverse, multigenerational movement that is being led by young people, but includes a lot of older folks.”

Chege dismissed the comments from people who defended Best and chastised the protesters instead. Protesters, Chege said, are putting their lives on the line during a pandemic to fight for Black lives.

“The question I have is why is it that the first African American police chief in the city failed to lead in this moment on the demands of the largest civil rights protest movement of our country, which was Black led,” Chege said. “That's a serious question that Chief Best needs to answer.” 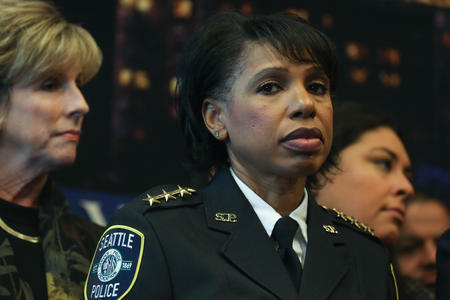 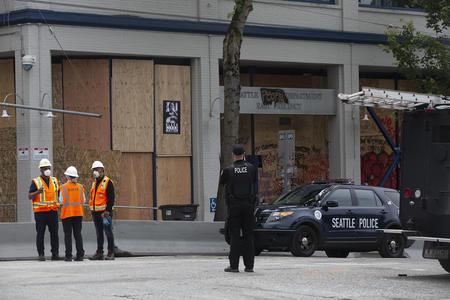