Without foreign travelers, the Coho Ferry is closed — and the town around it is holding its breath. 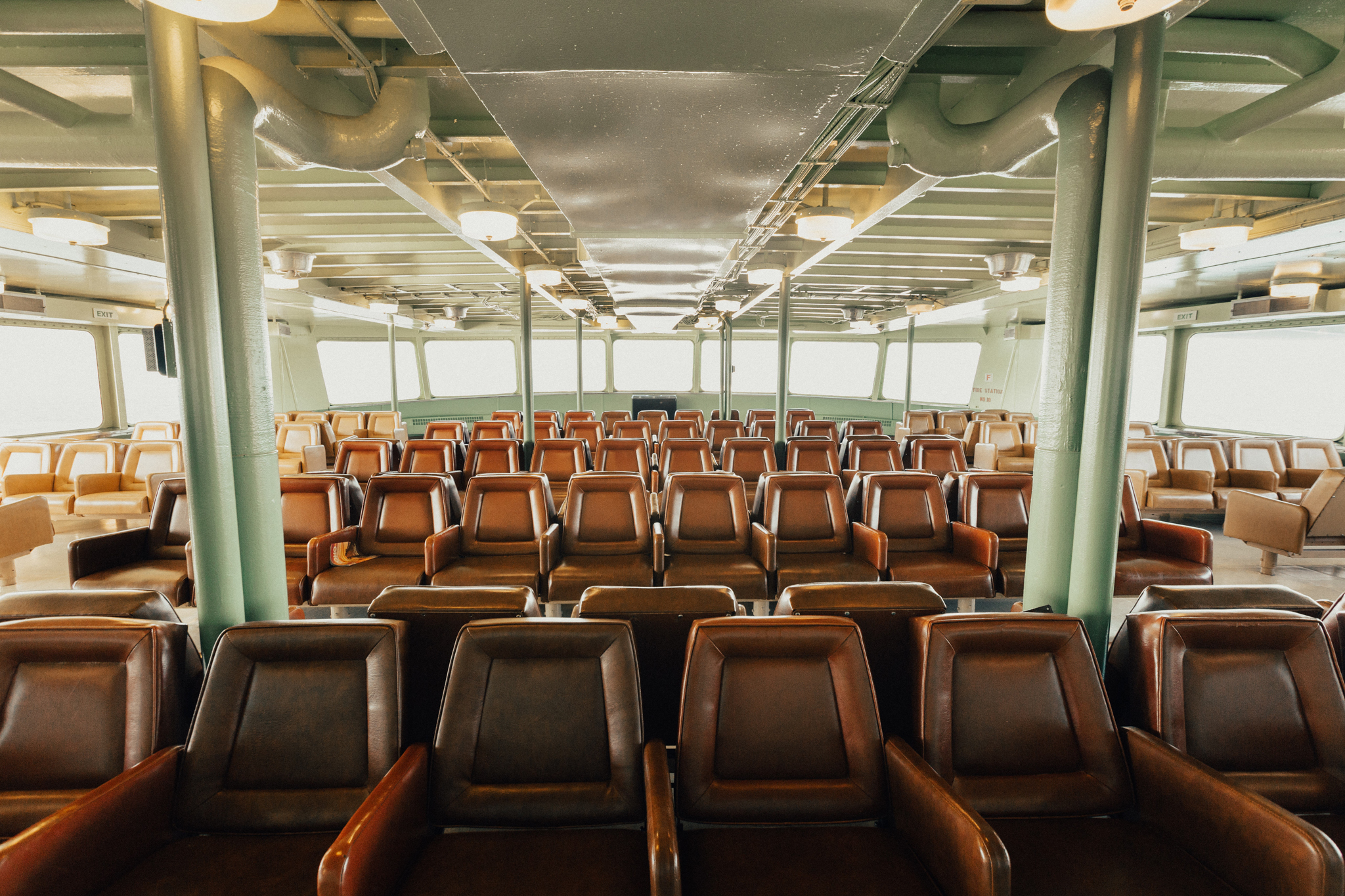 The Black Ball Ferry Line transported crowds of visitors between Port Angeles and Victoria, B.C. every day since 1959, but suspended service in the wake of the global pandemic. (M.V. Coho)

In his 30-plus years as the boatswain of the Coho ferry, Doug Reader had never seen it so empty. In its past summers, the Black Ball Ferry Line transported crowds of visitors between Port Angeles and Victoria, B.C., every day since 1959. But since the coronavirus pandemic began almost half a year ago, the Coho has been stuck at harbor.

“We haven’t done absolutely anything for the past five months,” he said. “And I don’t think I’d ever been on that boat by myself before.”

Reader now spends his working shifts caring for the Coho alone, keeping it ready to run again someday — whenever that might be. The ship stopped running in March after the border between Washington and Canada was closed. It’s not expected to reopen until at least Sept. 21.

The border closure and the shutdown of the only ferry between Port Angeles and Victoria have kept business owners on the Olympic Peninsula on edge as they await the safe return of international tourists. Most rely on summertime income to sustain them throughout the year, much of that coming from international tourists coming for festivals or visiting Olympic National Park.

While some businesses have opened at partial capacity, the Black Ball Ferry Line has shut down entirely. While the company also offers bus tours around the peninsula, every booking has been canceled. The ferry, its bread and butter, shut down on March 29 after using the latter half of the month to bring visiting Canadians back home. Ryan Malane, co-owner of Black Ball, speculates that the company might not reopen until a vaccine is found or at least until 2021, leaving the ferry line in a precarious position.

“We are a very conservative ownership group with a rainy day fund, but I don’t think any business plans for it to rain for a year and a half without any income,” he said. 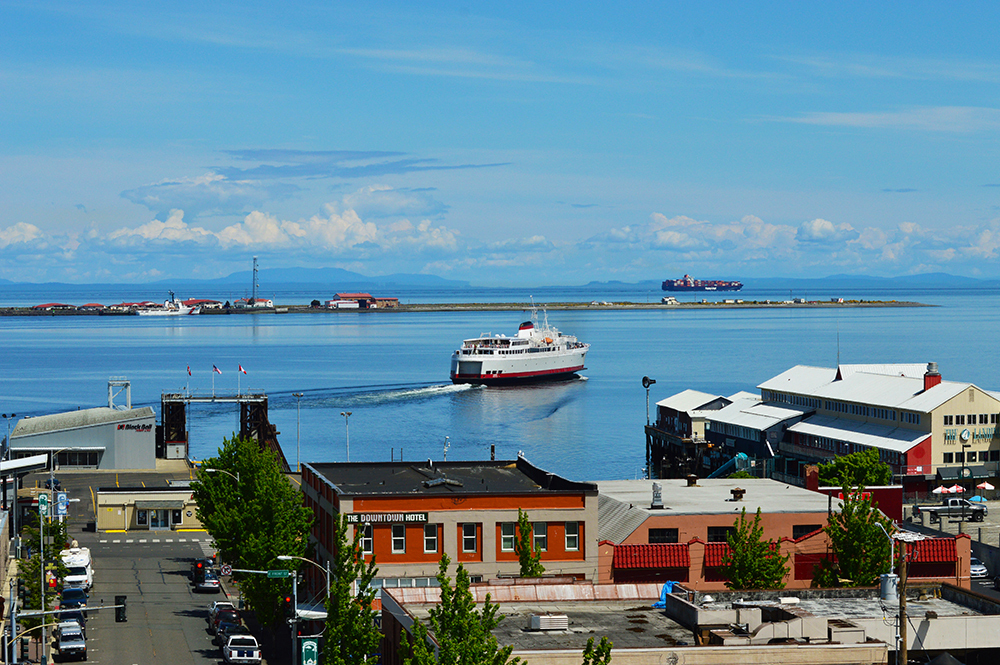 The Coho ferry plays a large part in Clallam County’s economy, where Port Angeles is located. While its schedule is seasonal, they normally sail four round trips a day at this point in the summer. A December 2019 study commissioned by Black Ball found that visitors who arrive on the ferry contributed around $64 million to the local economy last year. The study also found that nearly 1,000 private sector jobs in the county, which has a population of about 77,000, rely on the ferry service’s existence. Generally, tourists coming to the Olympic Peninsula spend most on food and lodging, creating a huge benefit for hotels and restaurants.

Jim Haguewood, a board member for the Port Angeles Chamber of Commerce, equated the ferry’s halted service to the Space Needle disappearing in Seattle. He said the ferry’s significance is as much cultural as it is financial. With a presence that has spanned generations and employed so many, some for decades like Reader, it’s particularly jarring for it to disappear.

“You’ve had that there for so long and it becomes an iconic part of the community, and now it’s gone?” he said. “That sort of describes the spectrum of concern that the business community has.”

Because of government restrictions due to the pandemic and fewer tourists, Haguewood said some businesses in Port Angeles haven’t yet reopened. Others are attempting to make the most of the remaining summertime travelers in hopes their businesses will survive.

Michael McQuay, owner of both Coyote BBQ Pub and Kokopelli Grill in Port Angeles, says that’s definitely the case for his own businesses. He usually advertises his restaurants on the ferry to draw more international travelers. Now that that marketing venue is gone, he has at least seen an increase in in-state visitors to his restaurants in the past few months. Both are usually booked nightly, which is typical for him this time of year, but coronavirus restrictions translate that into a lot fewer customers. 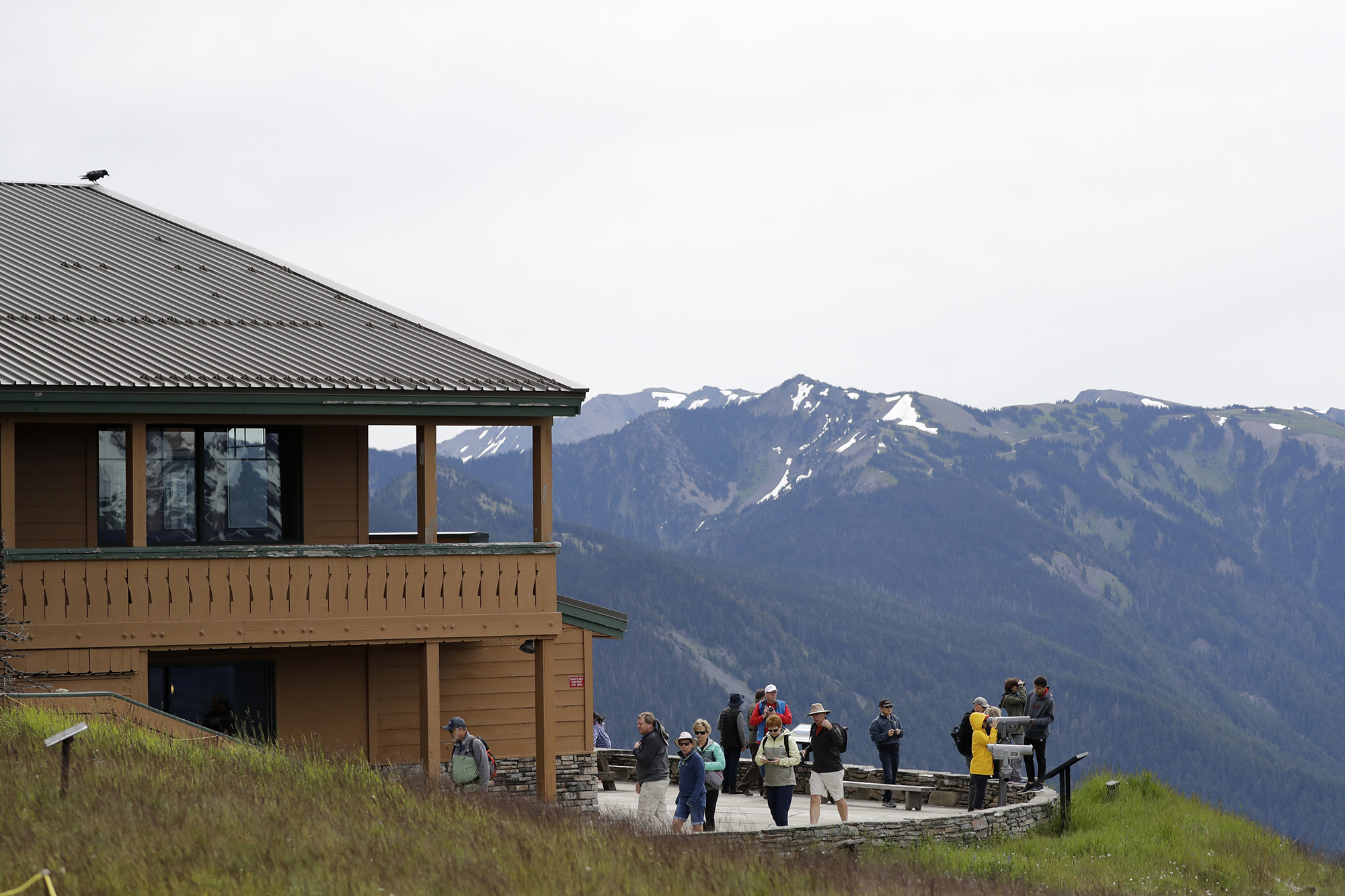 In this photo taken Tuesday, July 9, 2019, the Olympic Mountains are seen beyond the Hurricane Ridge Visitor Center on Hurricane Ridge in the Olympic National Park, near Port Angeles, Wash. A raven looks down from the building from upper left. (AP Photo/Elaine Thompson)

In this photo taken Tuesday, July 9, 2019, the Olympic Mountains are seen beyond the Hurricane Ridge Visitor Center on Hurricane Ridge in the Olympic National Park, near Port Angeles, Wash. A raven looks down from the building from upper left. (AP Photo/Elaine Thompson)

Restrictions have also made the restaurants cut back on their hours, which cuts back further on potential revenue. McQuay said he can’t help but worry. But they’re doing their best to improve, by updating their takeout menus, for example. Takeout currently makes up 30% of the restaurants’ revenue.

“I know that half of the local population is not going out to restaurants, maybe more than that, and so we really needed to get that system up and running when we did,” he said. “We believe that’s going to be a saving grace during the fall and winter and early spring.”

That visitor — and customer — deficit will likely continue for months. Events drawing droves of people to the peninsula like CrabFest, a foodie festival that brings in about 20,000 people each October, has been canceled entirely. Scott Nagel, the festival’s director, said they had considered hosting a smaller, coronavirus-adjusted version of the event, but the Canadian border closure quashed any idea of that happening.

“We know that international travelers won’t be there, and it’s impossible to do without Canadians,” he said.

Nagel added that tickets for the Coho are usually sold out during CrabFest, bought by visiting Canadians who might not even be able to cross the border for leisure travel this year. While CrabFest organizers can consider a 2021 event, he’s worried about businesses that can’t make it that long without the tourists they’ve learned to depend on. 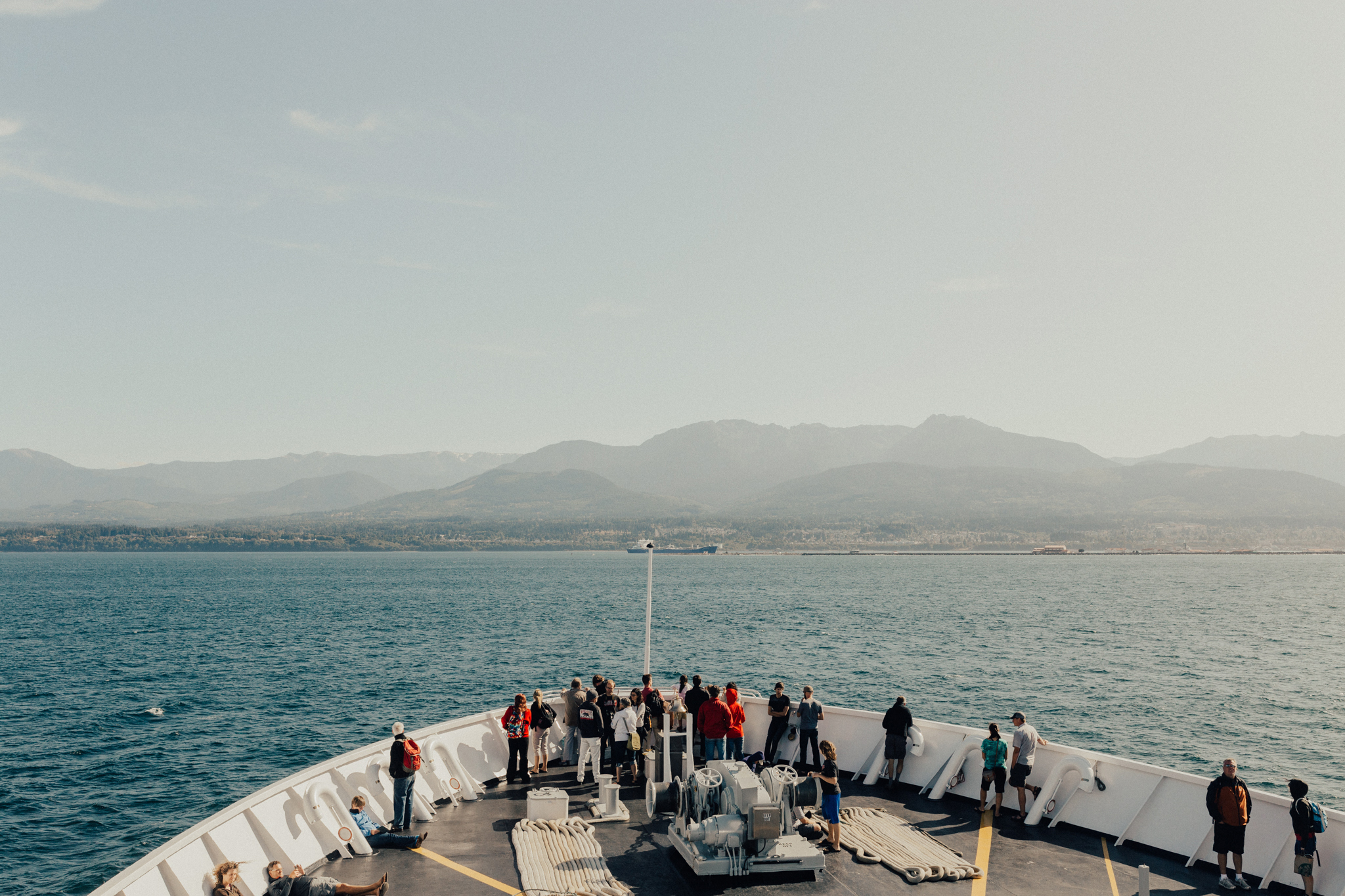 It is estimated that the ferry contributed nearly $64 million to Port Angeles, and the county in which it resides, in 2019. The shut down has reduced tourism and affected as many as 1000 private-sector jobs in the county, according to a report commissioned by Black Ball. (M.V. Coho)

It is estimated that the ferry contributed nearly $64 million to Port Angeles, and the county in which it resides, in 2019. The shut down has reduced tourism and affected as many as 1000 private-sector jobs in the county, according to a report commissioned by Black Ball. (M.V. Coho)

“If you asked me back in March how long I think this’ll go on for, I wouldn’t have thought we’d be still at this point,” he said. But the reality of this long-term predicament has set in: “We’re not a phase, we have no clue when things will change and it’s just dependent on Canada opening up its borders — and it doesn't sound like they’re going to do that any time soon.”