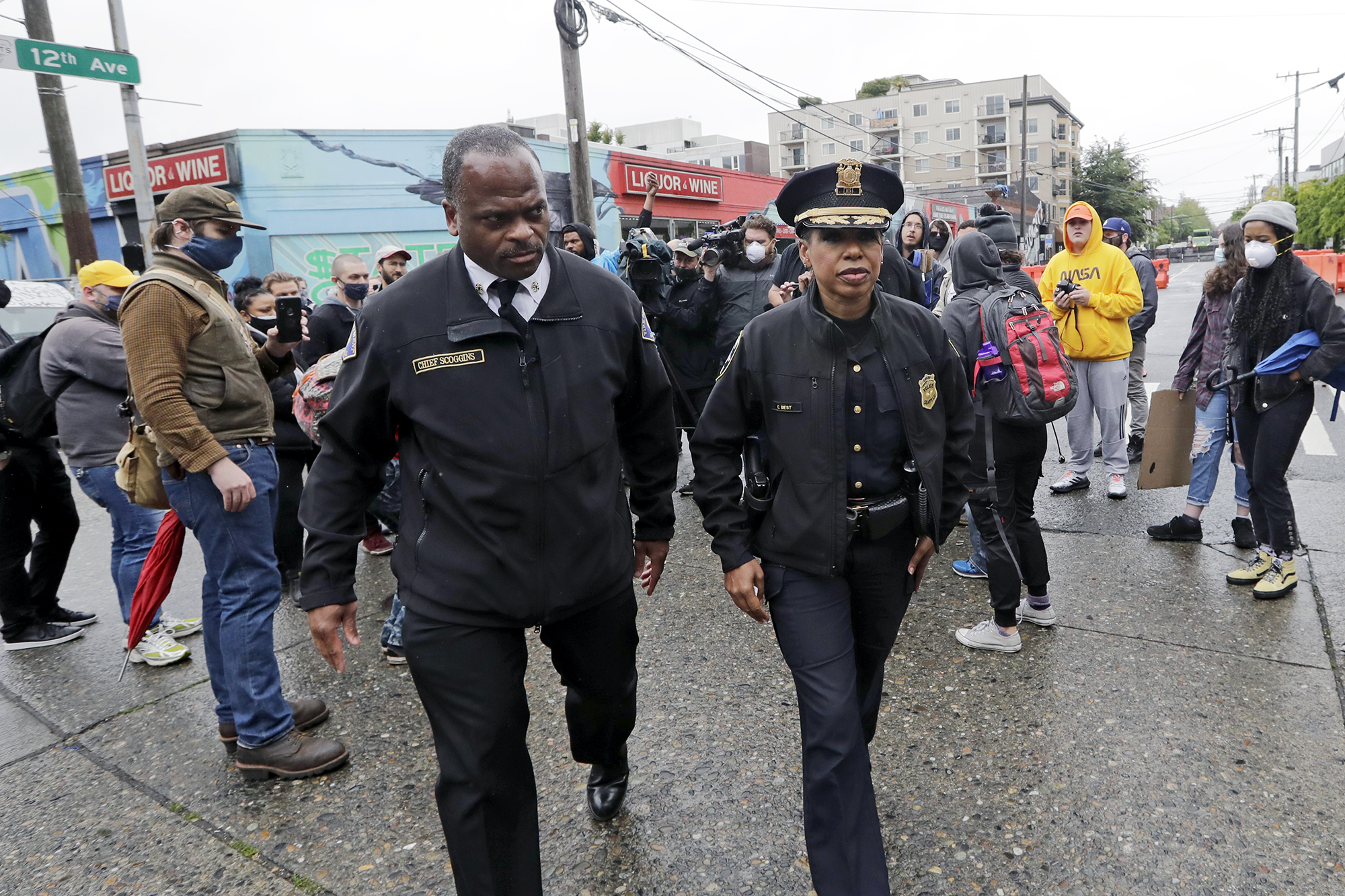 Seattle Police Chief Carmen Best joked at her press conference last week that you don’t get into law enforcement for the money. While that may have been true at the beginning, Best’s finances should be more than OK in her post-police life.

When Best’s retirement becomes official in September, she’ll be eligible to start receiving a pension through the state’s Law Enforcement Officers’ and Fire Fighters’ Retirement System. Her pay from the system? About $134,000 a year.

The exact amount will be calculated by the Washington State Department of Retirement Services when she actually retires. But, according to Laura Peterson, spokesperson for the department, the formula is pretty clear: 2% times her final average monthly salary times her years of service.

The city of Seattle has already provided the state retirement department with Best’s final average salary, taken over a span of her five highest paying years  — $19,909 a month, according to Peterson. Best’s total service will be 28 years and one month, Peterson said.

Best’s average salary is high because, for the past six years, she’s held either the No. 1 or No. 2 position in the Seattle Police Department. Former Chief Kathleen O’Toole promoted her to deputy chief in August 2014. When O’Toole left, Best became interim chief in January 2018 and was named the permanent chief that summer. She currently makes just under $300,000 a year.

Her pension’s final tally does not include any severance or vacation pay.

At 55, Best probably has many years of pension ahead of her. That shouldn’t be a problem for the law enforcement pension system — as of 2018 the plan she’ll be on was over 100% funded. Fire and police officials pay into the pension fund over the course of their careers.

What will she do now? In her press conference, she didn’t say. ”I’m just going to take some time for myself,” she said. “I think I’ve earned it.”

“She will be much sought after,” said former Seattle Police Chief Norm Stamper. “She’ll have people calling and writing her, seeking her out for her opinions, if not for jobs.”

Stamper may have the most unusual post-cop life. After what’s widely considered to be a botched response by Seattle police to the World Trade Organization protests of 1999, he retreated to life in the woods after more than 30 years in policing. He’s since repented for his actions in 1999 — and for the actions of police writ large. He’s written several books critical of law enforcement as an institution, as well as of the war on drugs. His personal reckoning has earned him a high profile nationally and frequent slots in media.

“For me the transition was fairly stark and abrupt,” he said. “I went from 34 years as a cop to the very next day a writer.”

Sometimes he wishes he had inside knowledge of high profile cases, but other than that, he hasn’t missed the world of law enforcement much. As chief, “even if you’re off on vacation or up in the mountains, you’re always reachable and there are always people wanting to reach you and I don’t miss that at all,” he said.

Stamper lives off his pension. “It is modest by contemporary standards, but it’s enough,” he said.

Gil Kerlikowske, who was Seattle police chief from 2000 to 2009, also went national but in a much different way. In 2009, President Barack Obama appointed him to be the director of the Office of National Drug Control Policy — aka the “drug czar.” In 2013, Obama nominated him to be commissioner of U.S. Customs and Border Protection. He, too, is a frequent media commenter on national policing issues.

John Diaz was tapped to be interim chief under former Mayor Greg Nickels, but won the permanent job from former Mayor Mike McGinn. Diaz left in 2013, having led SPD through the early stages of a federal investigation into the department. He recently returned to public service — taking over the task of overseeing King County’s jail system in 2019.

For Best, there’s always the world of consultancy and odd jobs. That’s the path her predecessor, Kathleen O’Toole, has taken — picking up advisory work in places like Ireland and with the Massachusetts State Police.

Pensions occasionally come with controversy. After he was forced from office due to allegations of sexual molestation, former Mayor Ed Murray began collecting over $115,000 in payments, The Seattle Times reported, a combination of payouts from two separate pension systems.

When Best retires in September, Deputy Chief Adrian Diaz will take her place on an interim basis. Mayor Jenny Durkan said a search for a permanent replacement won't be launched until after the department’s future budget is made more clear.