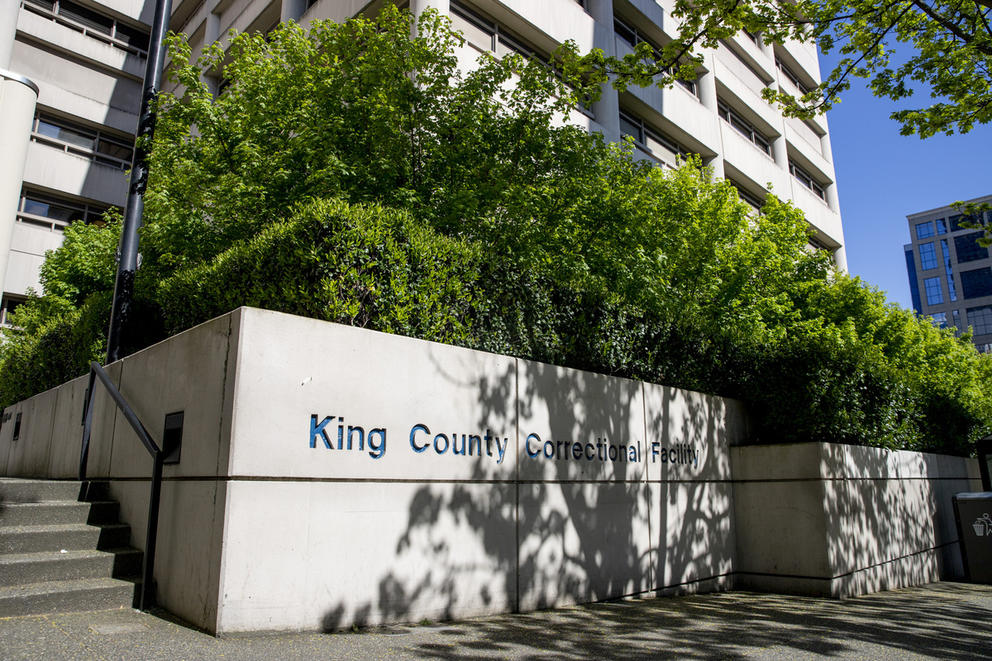 Out of precaution during the pandemic, translators have refused to enter jails, leaving non-English speakers in a difficult place. (Dorothy Edwards/Crosscut)

As a defense attorney, Lin-Marie Nacht helps her clients understand the charges against them. For those who don’t speak English, she normally brings an interpreter to help thumb through the evidence, explain the process going forward and lay out any plea deals that might be on the table.

But since the beginning of the coronavirus pandemic, in-person interpretation has ground to a near halt in King County. Interpreters are consistently refusing to show up in person amid fears of contracting COVID-19 in the closed and poorly ventilated courtrooms and jail halls. That means proper interpretation services are hard to find and severely backlogged. And judges have so far hesitated to order the interpreters to show up — despite pleadings from defense attorneys — because they are independent contractors, not government employees.

Makeshift alternatives, such as holding up a phone in jail visiting rooms, are a poor substitute because of privacy concerns, pace and accurate communication, attorneys say. Video conferencing has been glitchy and does not allow for quiet conversations between attorney and client.

"Right now, we are not providing the interpretation that we are supposed to be providing," she said. "That’s a huge deal for me."

Chris Kunej, manager of interpreter services at King County Superior Court and an interpreter himself, said his office is working hard to come up with solutions that work, but acknowledged it’s a complicated time.

“We're doing the best we can under the circumstances,” he said.

Interpreters are still mostly expected to appear for trials. But there are many steps before then, and the lack of access to in-person interpretation creates challenges at every one of them.

For one, attorneys must first explain to their clients why they've been arrested. Then, before any court hearings, attorneys must be sure that their clients understand the charges they're facing, which can sometimes mean going through hundreds of pages of police reports or other documents. If there’s an offer of a plea deal, that, too, must be explained in detail.

Without an interpreter there in person, all of these steps become significantly slower and sometimes impossible.

Steve Adams, a supervisor at the King County Department of Public Defense, told how one of his attorneys had a plea offer ready to present to a client, but without anyone to translate in person, he was forced to try to use interpretation over the phone. The process was so slow that he’d use up his allotted time in the jail without making hardly any progress. Getting his client before a judge was delayed by about a week as a result, a delay that would not have happened if the person spoke English.

"The court has a policy that before we set a case for a plea hearing we have to affirm that we have explained and reviewed the plea document with the client," said Adams. "Too many plea hearings are being bumped off the calendar because they weren’t ready."

For a time, the jail would offer inmates a cellphone so the attorneys could schedule a three-way phone call with an interpreter. But about a month ago, the jail stopped that practice because the logistics were proving too complicated.

Noah Haglund, spokesperson for the King County Department of Adult and Juvenile Detention, said the jail has taken every measure to make the facilities clean, but acknowledged that interpreters were still unwilling to come in person. The jail is experimenting with different approaches to ease interactions between attorneys, interpreters and inmates.

“Going forward, we’ll continue to work with public defenders, the courts and other criminal justice partners to ensure that people in our temporary custody have their rightful access to legal counsel and interpreter services, given the considerable constraints and health concerns we face during the COVID-19 pandemic,” he said.

In the meantime, attorneys have often resorted to calling an interpreter and holding their phone or laptop up to the glass where they meet their clients in jail. The process is so cumbersome and imprecise that it's common for interpreters to refuse to continue, fearing they're not providing an accurate enough interpretation.

Tamara Gaffney, an attorney with the King County Department of Public Defense, recently had an Arabic-speaking client in jail. The first time she met with him, she saw that, not only did he not speak English, but he also relied on hand gestures to communicate. Understanding that phone interpretation would be impossible, she filed a request with the Superior Court's interpretation services for in-person help. It took three weeks before anyone would agree to show up.

"He spent three weeks alone in jail without knowing what was going on," she said. "That’s the problem. These clients trust us and we’re here to help them, but at this point it’s extremely difficult.”

On another occasion, Gaffney needed to review a plea deal with a client. Because it involved reviewing paperwork, she knew it would not work over the phone, so she requested in-person interpretation. The office put out calls to 22 interpreters and they all refused. By her estimation, it took nearly two additional weeks to resolve the case as a result.

“If that client had spoken English, I could have gone to speak with him that day and he could have been on the calendar to resolve his case much sooner,” she said.

Even once attorneys can get into court with their clients, pretrial hearings are being interpreted by phone over the court’s speakers. In addition to being cumbersome and slow, attorneys are also unable to consult with their clients privately as a result because the interpretation is broadcast to the entire courtroom.

While the issue is more pronounced for defense attorneys, Daniel Clark of the King County Prosecuting Attorney’s Office said it’s a concern for him as well.

“Of course, we also want to ensure defendants get proper access to ensure that resolutions are made knowingly, voluntarily and intelligently,” he said in an email. “Denial of access to these critical services could certainly slow an already burdened system.”

In an October court hearing for a Spanish-speaking person accused of domestic violence, Kunej, the manager of interpreter services, acknowledged the issue. "I know this is not easy," he told the court. "We're operating at a reduced capacity and resources, as well as slammed with a backlog of trials. The reality is 60% to 70% of Spanish-language interpreters are not willing to come in."

A spokesperson for the Department of Public Defense said she believed Kunej's estimate is too generous. "I hear from attorney after attorney that they rarely, if ever, see an interpreter in the courthouse these days," said the spokesperson, Leslie Brown.

Kunej explained that most of the interpreters work part-time, even under normal circumstances. "Some are reluctant because it's a high-risk, low-reward situation for them," he told the court. "Many do this as a side-gig and are simply not wanting to come in to take the risk. They don't do this full time; there's no benefits."

In an interview, Kunej added that many interpreters have found that they can get enough remote work and so have little incentive to expose themselves to infection. Reconciling broad pandemic lockdowns with a court system that’s trying to press on is an enormous challenge, he said.

The judge in the domestic violence case, Michael Scott, acknowledged that the case could not proceed without interpretation. But, he said, it was "beyond the control of the court and the state" to order an interpreter to appear at a given time. He delayed the case by several weeks until someone was available.

In doing so, he also highlighted the tension between providing interpretation services with the risk of forcing interpreters to appear in person.

"The court takes judicial notice of the widely reported health reports that the pandemic is hitting communities of color, including the Spanish-speaking community, more heavily and seriously than other communities," he said.

Adams of the public defense department believes that the interpreter issues could be unconstitutional under the Sixth Amendment, which guarantees a right to counsel. In fact, his department has already drafted a brief to possibly argue just that in court, but hasn’t put it to use yet.

"We’re waiting for the right time and right place to do that," he said.

For English speakers, it can be difficult to imagine going through a court hearing where everything is filtered through an interpreter. Adams recalled a time when he went to a continuing education course and the moderators held a mock hearing in another language with English interpretation.

"I was in complete awe how much of the communication was lost or fragmented or filtered through that interpretation," he said. "A light came on."

With the delays and the disembodied voice of an interpreter in the courtroom, attorneys see a scary and confusing process made even worse by the pandemic.

"What if I was in a different country and I was charged with a crime and I walked into court and I didn’t understand the language at all?" said Nacht. "I wouldn’t be able to help in my defense at all, and I would think that court hearing was completely unfair."