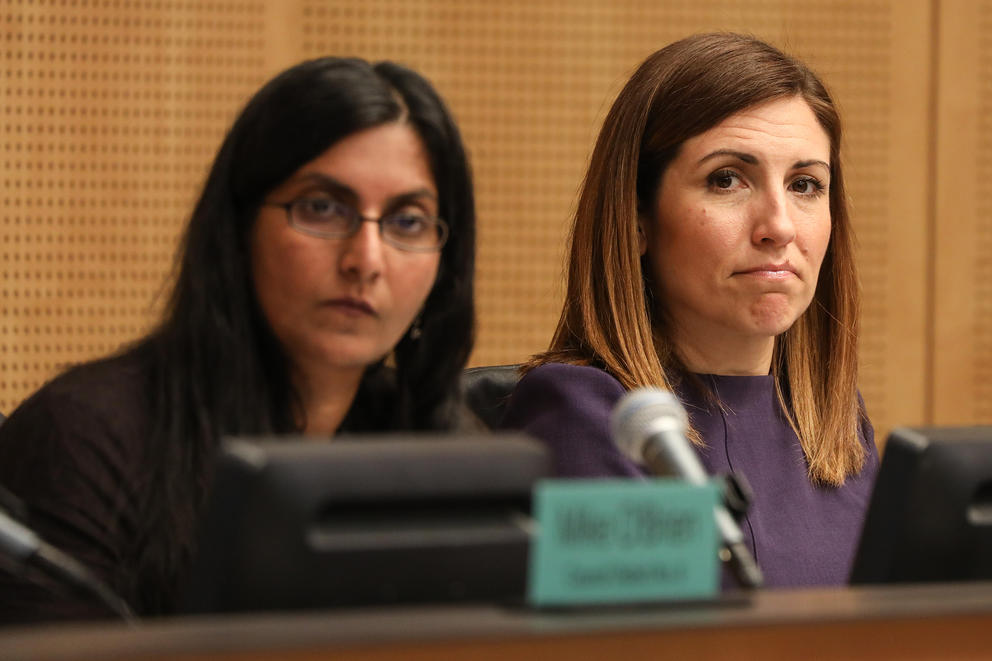 Seattle is set to cut almost 20% of the Seattle Police Department’s budget. And yet, because members of the city council made headlines last summer by pledging to slash 50%, the significance of trimming a department that has historically seen nothing but growth is easily lost.

In fact, the department could see modest growth next year as the council declined to continue a hiring freeze into 2021.

Such are the circumstances of budgeting in 2020. A year that started with only the rosiest of fiscal forecasts for Seattle will end in a bottomed-out economy amid historic pressure to reconstruct the definition of public safety.

The Seattle City Council pulled together its final amendments to Mayor Jenny Durkan’s proposed budget on Thursday. The council will vote the package out of committee Monday morning before taking a final vote Monday afternoon.

Given all that’s happened this year, City Hall will likely limp its way to the end of the year in a precarious détente between branches of government and with a budget that avoids the hatchet job facing most local municipalities. The summer’s rancorous relationship between the city council and Durkan has softened for now, and the city’s new police chief is not publicly feuding with the legislative body.

A recently approved tax on large businesses, as well as new voter-approved transportation revenue and slightly better-than-expected financial forecasts, will buoy the budget for next year, even as other tax revenue, such as business and sales taxes, plummets. The result is a less-dire financial picture that allows the city to more easily spend over $100 million on community organizations and alternatives to police response.

Exactly where the bulk of that money ends up will depend on input from community members in the coming months — via a mayor’s task force, as well as a “participatory budgeting” process that solicits input from those closest to the issues. The council framed the spending as a first step toward major investments in historically underserved communities of color.

“I have to say that I feel really good about this budget package,” Councilmember Tammy Morales said in an interview. “I’m really proud of the work that we’ve been doing as a council.”

With COVID-19 cases spiking again and lockdowns returning, the city’s budget remains in a fragile place. In addition to police, the city’s Department of Transportation and Department of Parks and Recreation are taking significant budget hits to help pay for the new spending, sidelining some previously planned projects. The city is in a hiring freeze, and nonunion employees won’t see bumps in their paychecks.

Still, in contrast to the years following the crash of the housing market, elected officials are now celebrating their investments more often than defending their cuts.

“Through the efforts of our budget chair and support for progressive revenue, we have, I believe, maybe not avoided, but forestalled, the need to austerity budget like I think many cities are doing right now,” said Councilmember Lisa Herbold.

The Police Department has drawn the most focus as a product of the summer’s protests. The mayor and council have both pledged major changes to systems of public safety in response. The result is that the force's budget will shrink next year as City Hall begins moving toward its stated goal of relying less on armed officers.

The department will have fewer officers at the end of this year than at the beginning, as many have opted to leave on their own and the city has frozen hiring of replacements. The council’s budget would cut over $6 million to reflect those now-empty positions.

Much of this salary money would be redirected toward the community and spent on adding more alternatives to police in situations dealing with someone in a behavioral health crisis.

The council budget also moves civilian positions, including 911 call takers and parking officers, out of the department — proposals included in the mayor’s original budget. With cuts to overtime, salaries and other items, the total result would be a reduction of $69 million, or about 17%, to a Police Department usually immune to such cuts.

On a national level, few cities have made these kinds of reductions. “We are absolutely still walking the path toward right sizing the police department,” Councilmember Teresa Mosqueda said in an interview, saying the cuts were second only to those in Austin, Texas and greater than the cuts made in New York or Los Angeles.

Still, despite the hopes of some activists, council members say that making deeper reductions to police this year and next is complicated. Although seven of nine council members expressed over the summer some level of support for cutting the department by 50%, some members have since indicated that they intend to make those changes carefully, not necessarily quickly.

“We have to move methodically and be honest with ourselves of our ability to shift from one paradigm to the other and to lay a strong foundation,” Herbold said during the council meeting Thursday.

In fact, under the current budget, the police force could grow by as many as 25 officers next year as the current hiring freeze is lifted. Two proposals to extend hiring freezes into 2021 both failed.

In response, Councilmember Kshama Sawant accused her colleagues of backing off their commitments. "Now that there are no longer thousands of people on the streets demanding those changes, many council members have walked back their proposals to defund the police,"

In an interview, Durkan says she believes the council’s current approach is a thoughtful one, a contrast to her criticisms of the legislative body last summer. “People are both seeing where they think the Seattle Police Department can be reduced without compromising public safety and — how do we build up alternatives to that police response?” she said. “That takes both time and agreeing — what do we need? What is the substitute? Who’s going to do it? How do we train them? How do we pay for it?”

That the council is making cuts to the Police Department does not mean the pressure from protesters — who have since organized into more permanent advocacy groups — will ease.

“Our demands have not wavered,” Shaun Glaze of the advocacy group King County Equity Now said in a press conference. “We're still looking at 50%, at least, divestment because that is what is really important to do to start to right the ship away from decades of unchecked growth of our Police Department budget."

In addition to spending on community-based organizations, the council’s budget package also managed to sustain and even increase spending on homeless services — including a new team of outreach workers to replace the police-involved Navigation Team; more money for tiny home villages; and money for housing programs.

Looking forward, the budget landscape beyond 2021 is still uncertain. Much of it depends on whether the federal government provides new aid and a successful rollout of a COVID vaccine. Durkan said she’s hoping that the budget books will have to be reopened midyear, as she and the council did this year, except this time to add, not subtract. But she’s not counting on anything. “No one can predict what will happen next year,” she said.

The New Normal | When you need dialysis, staying home is harder

While others stay in during the pandemic, kidney patients must leave the home for life-saving treatment. 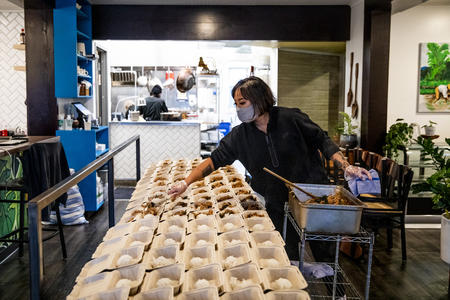