Consultants of color who specialize in remaking corporate cultures say their work is routinely undervalued, even as demand for it grows. 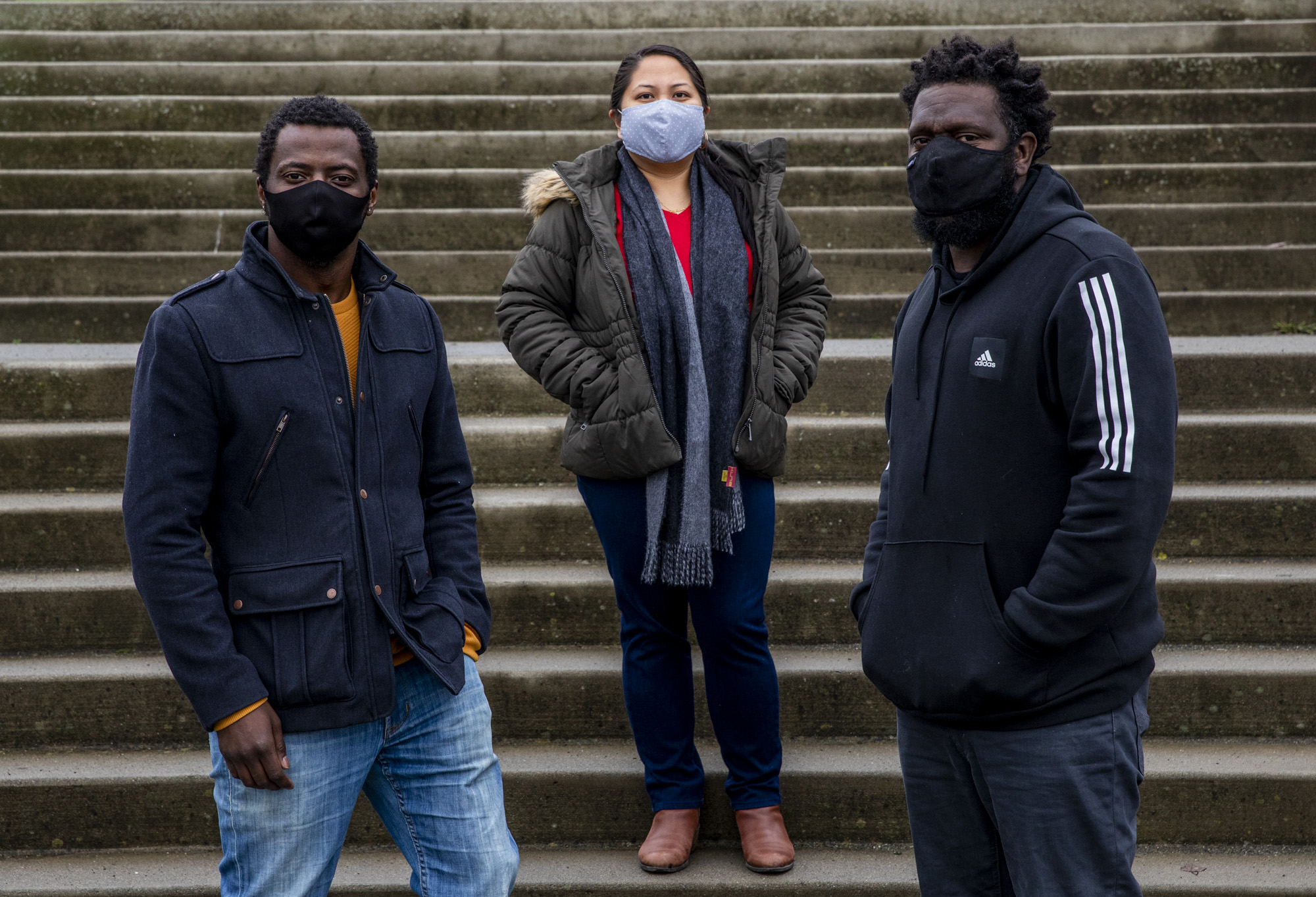 From left, Ahmad Corner, Rubelyn Chu and Deondre James of Access2 recruiting firm on Dec. 16, 2020, in SeaTac. The firm recently did recruiting work for a tech company that was looking to improve its outreach and hiring of candidates of color. The company then disappeared and didn’t pay the firm for the recruiting work. The firm says it also received requests from other companies for recruiting services, but the companies then said they didn’t have the budget to pay the firm. (Dorothy Edwards/Crosscut)

Since last year’s protests against institutional racism, more companies have reached out to Deondre James and his two business partners, seeking their help in recruiting and retaining employees of color.

As inquiries to their staffing firm have increased, however, so has something else, James said: the number of companies unprepared or unwilling to pay for their services.

It’s a phenomenon reported by many people of color who specialize in diversity, equity and inclusion, or DEI, work. While companies are increasingly seeking consultants who can help them stamp out racism in the workplace, or make their workplace culture less hostile to people of color, they’re not always willing to spend the money and time it takes to achieve those goals, according to eight DEI professionals of color from Washington state who spoke to Crosscut.

“I think the companies feel like they need to do something to make a change, but they don't really want to put the work in,” said Ahmad Corner, one of James’ partners in Access2, a Seattle-based firm that focuses on recruitment and development of job candidates of color.

In one recent example, Corner, James and their partner, Rubelyn Chu, said they were asked to “audition” for a shot at a long-term recruitment contract at a major tech company in the Seattle area.

The three business partners referred a Black candidate, who ended up interviewing as a finalist for a senior management position at the company, they said.

But after that interview, the tech company suddenly went silent, and all talk of future work evaporated, they said.

In the end, the company benefited from free recruiting work that normally would have cost about $8,000, Chu estimated. 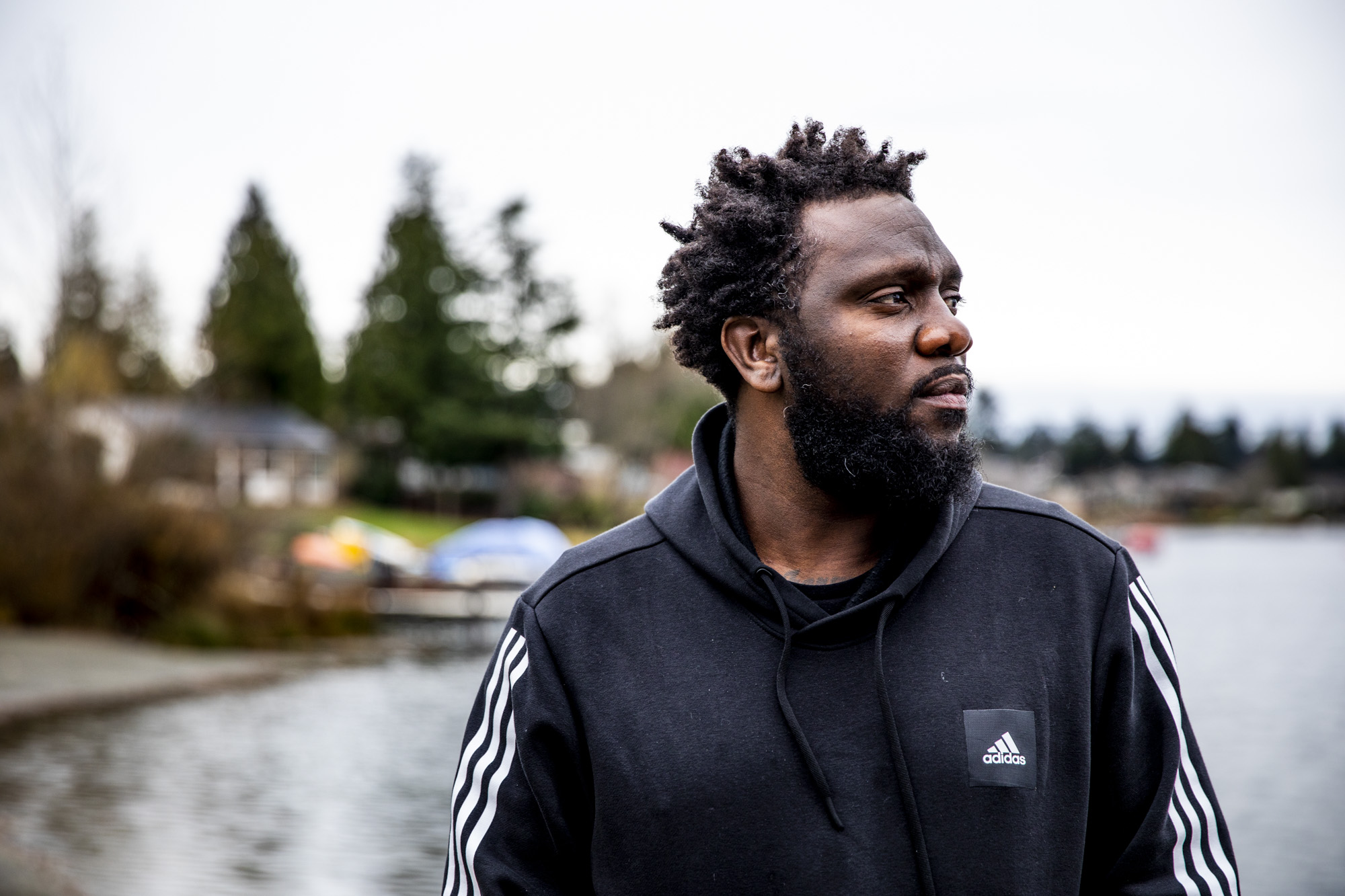 James, Chu and Corner didn’t want to name the tech company in this article, saying that doing so could burn bridges and hurt their ability to grow their business.

But it wasn’t an isolated incident.

Since last summer, when the death of George Floyd sparked worldwide protests against police brutality and racism, James estimates 10 to 15 companies have asked for Access2’s help in building a more diverse workforce, without having any budget in place to pay for that recruiting assistance.

“The moment we say, ‘Hey, do you have a budget for our work?’ That's when we lose communication,” said James, who added that building up Access2’s network of job candidates took significant time and effort.

“That’s when they say, ‘Hey, we're OK with knee-jerk reactions on fixing equity, but we're not OK with paying for it,’ ” James said.

Other consultants are noticing similar patterns.

Kimberly Harden, the founder and CEO of a Seattle-based DEI consulting firm that bears her name, said she has seen roughly a 50% increase in demand for her services since Floyd’s death.

At the same time, she said, people continue to underestimate the amount of work that goes into analyzing a company’s problems with racial equity and coming up with solutions.

“I have had people who will ask the price, and you tell them what your price is, and they say, ‘Oh, that’s too much,’ ” said Harden, who is also an instructor in Seattle University’s communication department. “And then the answer is, ‘You aren’t prepared to do this work.’ ”

Effenus Henderson, the co-founder of the nonprofit Institute for Sustainable Diversity and Inclusion, said companies often look for quick fixes to address deeply ingrained problems with race and equity, but those efforts rarely lead to long-term changes.

“I call it performative,” said Henderson, a former chief diversity officer at Weyerhaeuser who now runs his own DEI consulting firm. “They want consultants to help them put together a training course on implicit bias, for instance, or some help setting up an employee resource group. Yet they have not set up the time to do what I call the heavy-lifting work, which is, ‘Why are you doing this?’”

He said a good diversity and inclusion plan requires labor-intensive work, such as conducting employee surveys, combing through a company’s turnover and compensation data, and reviewing human resource practices to suggest changes. 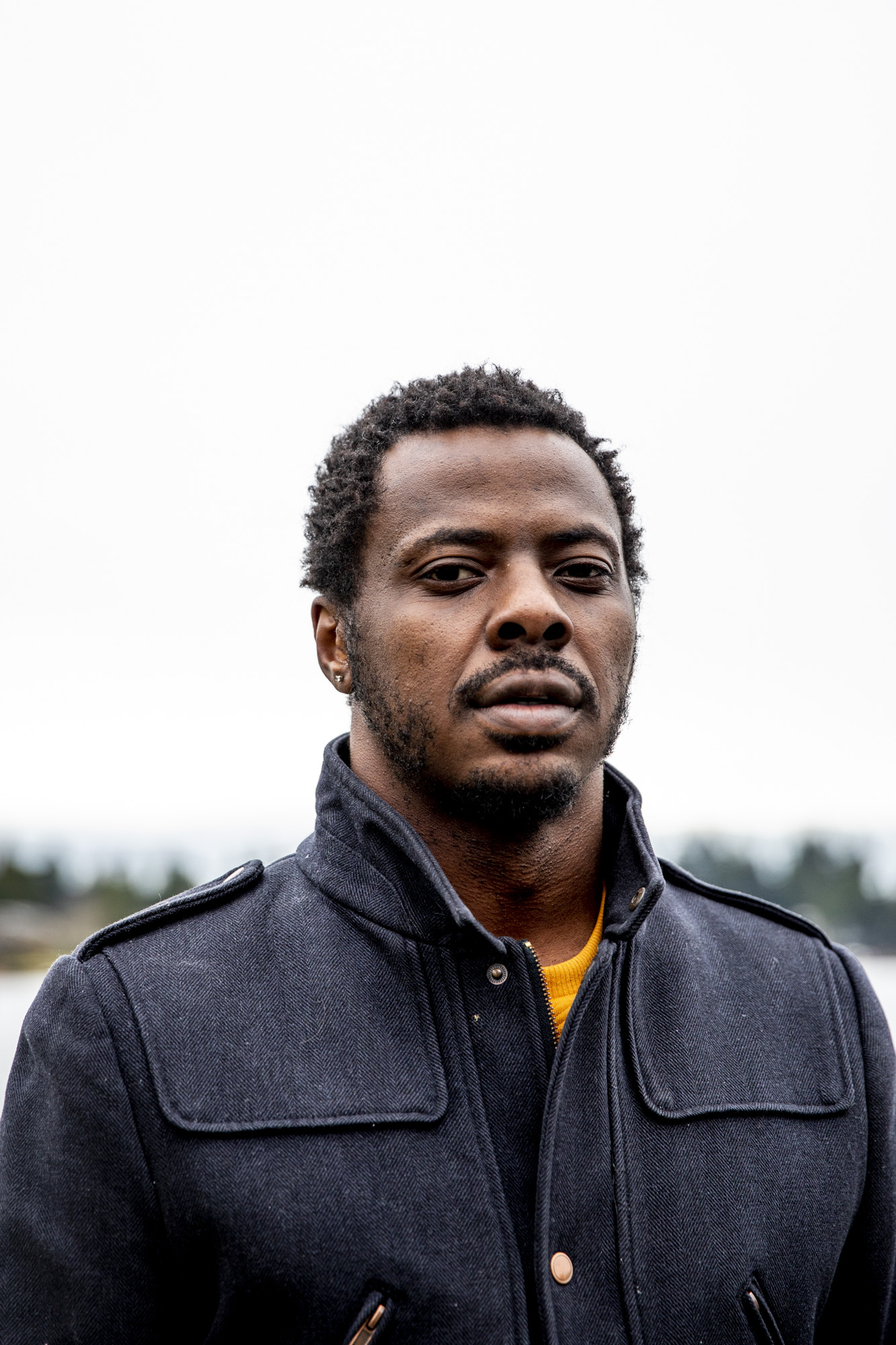 That’s not a one-day process, or even a one-month process, said Cheryl Ingram, the founder and CEO of Diverse City, a DEI consulting firm based in Seattle.

“My firm is mostly comprised of underrepresented populations,” Ingram said. “People see us and think, even unconsciously, that they shouldn’t pay us as much.”

Other times, a company will solicit a proposal for how to improve workplace equity and inclusion, then try to implement those ideas on their own, without hiring the person who came up with the plan in the first place, said Ruchika Tulshyan, an adjunct lecturer of communication at Seattle University.

“If I came in and said, ‘I am going to come up with a new technology solution for your organization,’ or provide finance or management consulting — they recognize all that as expertise,” said Tulshyan, whose book, The Diversity Advantage, focuses on the benefits of gender equity in the workplace. “But they don’t recognize DEI in quite the same way.”

In some cases, companies avoid investing in diversity, equity and inclusion by asking their employees of color to take on that work, even if those employees don’t have a background in it, Tulshyan said. 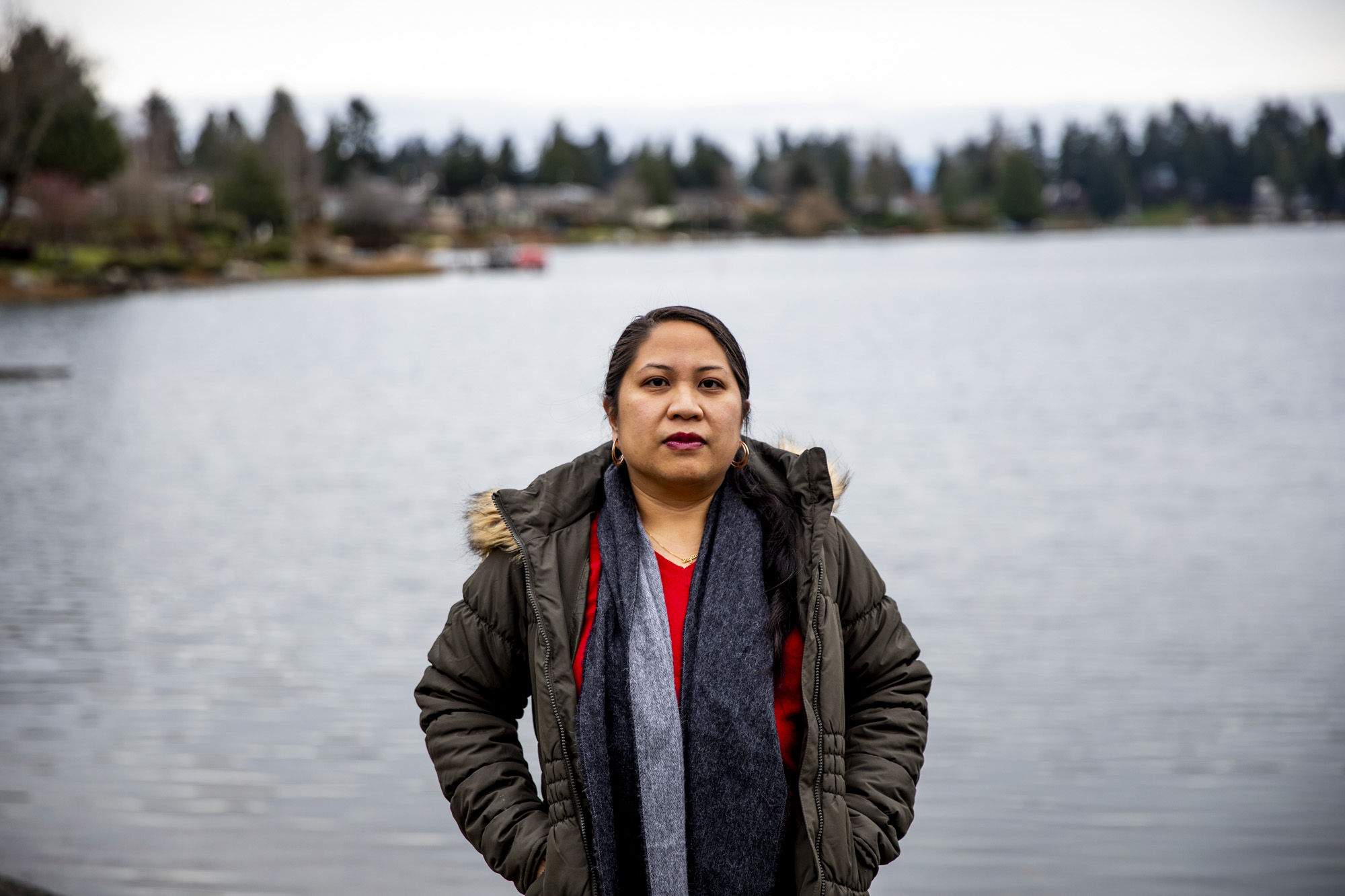 Crystal Fincher, a Black political consultant, said she’s been called on by some of her clients to do in-depth DEI audits, which are outside her realm of expertise, and it’s awkward.

“It’s basically, ‘You are here doing work, how about doing this DEI stuff, too? How about helping us with our race problem?’” said Fincher, who is based in Kent. “And there’s the assumption that I want to do that and I am the best person to do that. And usually the answer to both of those things is, I’m not.”

She summarized the issue as people saying, “Oh, they’re Black, so I can get them to do that, right?”

While Fincher considers racial equity a core value that’s expressed in her work, that’s different from being a trained DEI consultant, she said.

“If you actually care about this, you would care about having someone who has the expertise,” Fincher said.

Lately, though, more people are presenting themselves as DEI experts who lack qualifications, Henderson said. He said that can make it more difficult for experienced, trained DEI professionals to get paid what they are worth.

To help address that issue, Henderson has spent the last few years working with the International Organization for Standardization to develop worldwide standards for diversity, equity and inclusion work. Those standards are expected to be published in the coming weeks.

Harden, the DEI consultant who teaches at Seattle University, said she has managed to avoid some issues with potential clients by conducting 30-minute introductory sessions with them. That helps her gauge how serious they are about making changes to their organization.

For James, Chu and Corner, however, it’s past time for companies to start backing up their public commitments to racial equity with real dollars.

For now, Chu said, she and her partners plan to start using nondisclosure agreements during more of their early conversations with clients. "That's what I'm being a stickler about moving forward," Chu said.

That way, she said, they can protect some of their recruitment strategies and ideas — and, hopefully, avoid getting taken advantage of in the future.