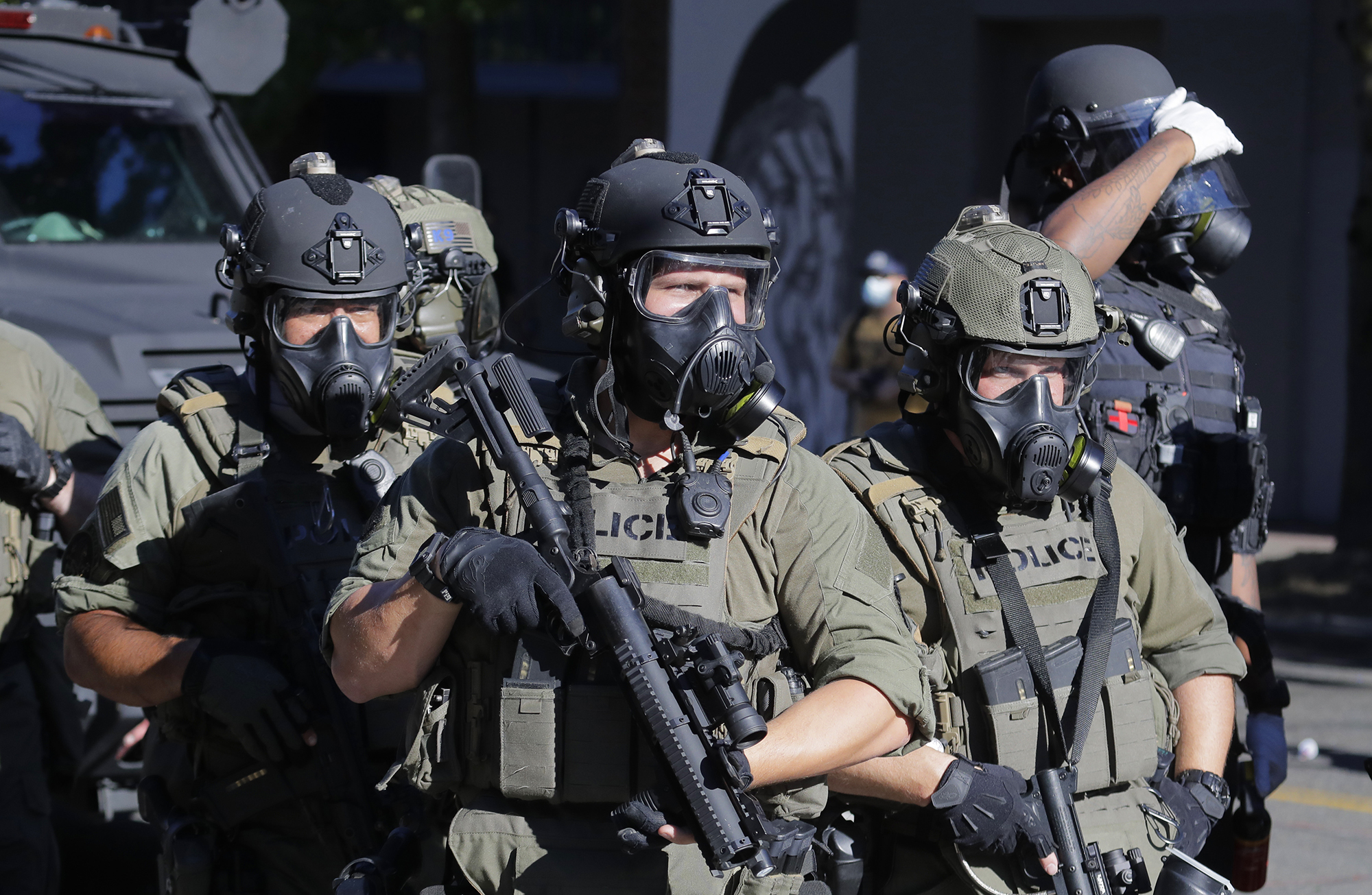 Seattle’s contract negotiations with the Seattle Police Officers Guild were already going to unfold in a pressure cooker following the summer’s protests. Now, recent comments by the president of the police union about the insurrection at the U.S. Capitol may make those talks even more complicated.

The guild president, Officer Mike Solan, has come under fire for apparently promoting the debunked theory that members of antifa played a meaningful role in last week’s deadly riot in D.C.

“As the [mainstream media] point to one group as being the culprits, clearly evidence also shows another group w/ a history of riotous criminal actions,” Solan said in a tweet late last week. “Far right and far left are responsible for that sad day,” he added.

Those comments, and his subsequent defense of them, have further soured an already-fraught relationship with City Hall and have spurred warring between the competing parties before either has even sat down at the bargaining table. “Many of the comments he’s making as president of the police guild are very damaging to the confidence that he is going to show up and bargain in good faith,” said Council President Lorena González.

Of the many collective bargaining agreements between Seattle’s workers and management, those involving negotiations with the police guild — which represents the city’s rank-and-file police officers — have always been the most difficult and taken the longest.

But, said González, while the city has managed to “thread the needle” in the past, recent Solan's comments have the second-term council member — and rumored mayoral candidate — more concerned than ever about how the two sides can work toward a contract.

While González has had her differences with past guild presidents, she said these comments go beyond just disagreement and will make the overdue contract negotiations more difficult.

“This guild president is doubling down on rhetoric that is fundamentally promoting a white nationalist agenda,” González said. Asked if she was calling him a white nationalist, she said, “It makes him a messenger of those concepts. That should be a concern…. He has to wrestle with himself about where he is on issues of white nationalism and racism.”

The power of police contracts and their role in creating or evading accountability have come under increased scrutiny as community members have seen reports of officers avoiding discipline.

In Seattle, the contract between the guild and the city expired Jan. 1. But while negotiations for a new one were initially set to begin nearly a year ago, there have yet to be any meetings between the two sides — the result of a combination of factors, including the coronavirus pandemic and a recalculation of the city’s police strategy in light of the protests.

Solan was overwhelmingly elected to his role as the public face of the guild in 2019. He ran against its past president, Kevin Stuckey, on a promise to reclaim the narrative of policing in Seattle. While Stuckey kept a low profile during his tenure, Solan has made good on his promise to be a more public figure, appearing consistently on conservative-leaning news outlets like Fox News to criticize Seattle City Hall and warn of the dire consequences of the recent protest movement.

Although Solan has been a thorn in the side of City Hall, his recent comments were the first to elicit such a strong reaction, including calls from all nine members of the city council and Mayor Jenny Durkan for him to either walk back his comments or resign.

“I thought his comments were absolutely indefensible and reflected a perspective of someone not willing to come to the table in good faith to really listen to what we need to do on police reforms,” Durkan said in a recent news conference.

Councilmember Lisa Herbold told Crosscut she’s raised the question with the council’s labor relations committee of whether there’s any remedy, but has not heard back.

Solan did not respond to a request for comment. In an email to the Seattle Police Department staff, first reported by PubliCola news, Solan showed little sign of contrition, instead blaming “political rhetoric” and “cancel culture.”

Absent a new election by guild members, Solan is likely here to stay. The only person in the city who can discipline him is acting Chief Adrian Diaz and, so far, Diaz has not indicated one way or another whether he’d consider such a step. González said proving a bad faith allegation at this point would be difficult, considering the two sides have not even begun negotiations.

Adding to the tension is the question of what at least two officers were doing in Washington, D.C., at the time of the insurrection.

The last contract negotiation with the guild took years to complete. When the results were finally made public in late 2018, some community representatives were aghast to see that previous accountability provisions had been softened.

The stakes of this next round of negotiations are higher for a few reasons. For one, they come at a moment when elected officials are under enormous pressure to fundamentally reform the nature of public safety and policing — a task they will be unable to accomplish without changes to the police contract.

“Because there is a broader set of people who understand and even know that there are collective bargaining agreements in this space that can negotiate away standards for accountability, I think that does bring with it a higher level of scrutiny and accountability for elected leaders like myself, my colleagues and the mayor,” González said.

But the stakes are also uniquely high for Seattle, which has been under watch by a federal judge for nearly a decade as part of an agreement to reform its police department. In 2019, the judge declared the city in violation of that agreement, expressing displeasure with what he saw in the contract.

His primary issue was with arbitration and the overturning of discipline imposed by a chief. In apparent acknowledgment of this, Durkan appeared before the Washington Senate’s Labor, Commerce & Tribal Affairs committee Thursday to testify on behalf of several bills that would limit the scope of police collective bargaining agreements and the arbitrators’ authority.

One other piece complicating the upcoming negotiations: Durkan will leave office in just under a year. Unlike many cities, Seattle involves both branches of government in contract negotiations, which means there will be some continuity regardless of who’s elected to take Durkan’s place. But with negotiations unlikely to wrap in a year, whoever takes her seat in City Hall will inherit the arduous process — and the reputational risks, if the results aren’t satisfactory.