The state auditor is examining the contract awarded to King County Equity Now, a group born out of last summer’s protests, to research alternatives to police. 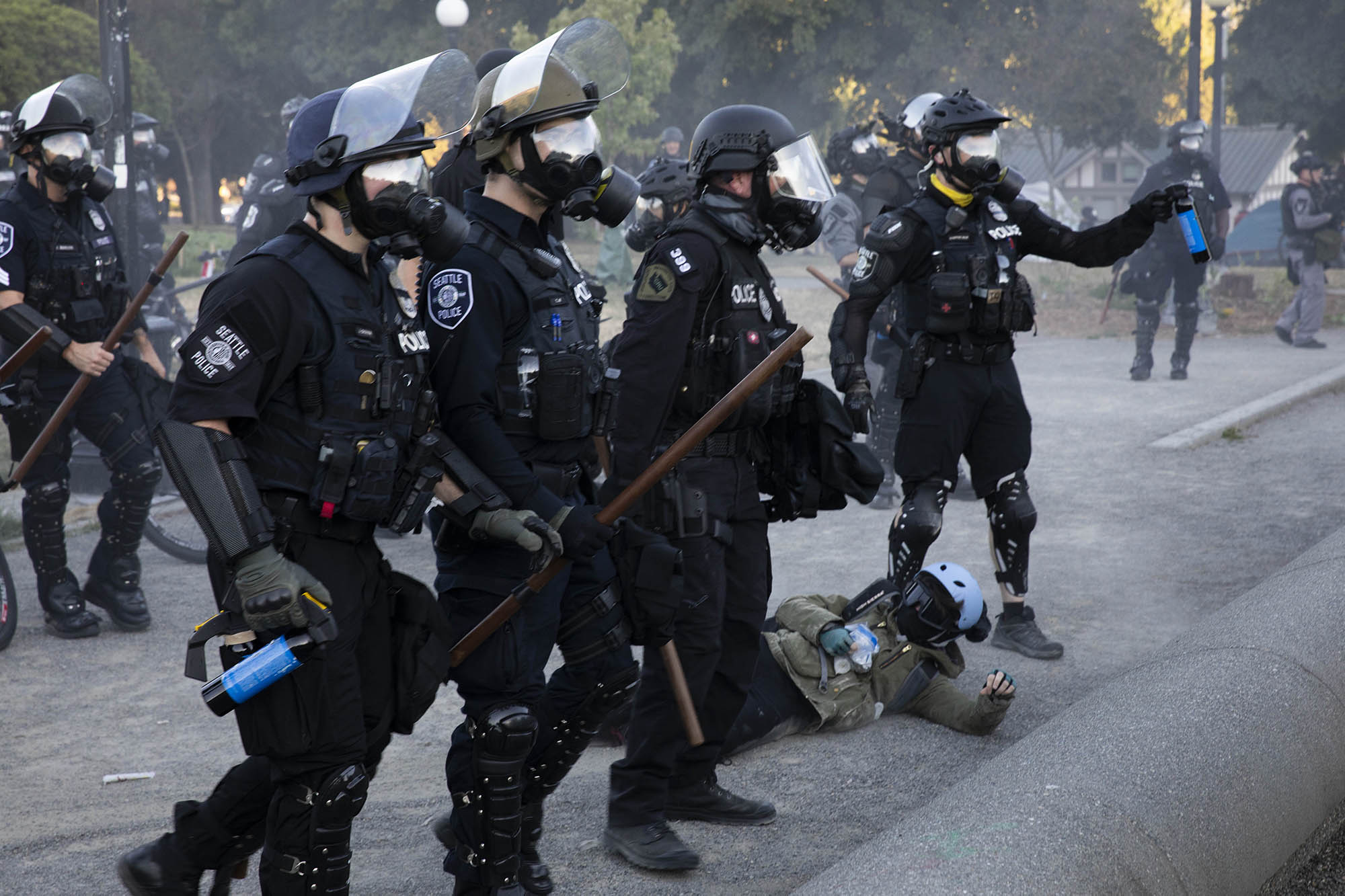 A $3 million contract between the city of Seattle and a group advocating for police alternatives is under examination by the Washington State Auditor’s Office, a spokesperson for the auditor confirmed to Crosscut.

The audit follows scores of complaints filed through the office’s hotline about the process by which the funding was awarded.

The audit will be part of the state office’s annual accountability review of Seattle government and will look at how the city council granted the group, King County Equity Now, a contract to conduct research. The results of the audit will not be made public until the spring or summer.

King County Equity Now was born out of the COVID-19 pandemic and gained attention in the wake of the summer’s protests. Although the demonstrations themselves were largely leaderless, the organization became the most prominent voice directly lobbying the city council for changes to systems of public safety.

Calling itself a “coalition of accountable, Black-led, community-based organizations,” the group successfully parlayed the momentum of the summer into commitments from a majority of the city council to work toward cutting the Seattle Police Department’s budget in half.

As the city’s fall budget talks progressed, the organization pushed for funding to set up its “Black Brilliance” research project and issued recommendations on how the city should spend upwards of $30 million toward community-based organizations that could stand in for or reduce the need for police.

The city council agreed, granting the organization $3 million last summer “to research processes that will promote public safety informed by community needs.” The overarching mission was to find solutions to large-scale public safety and policing concerns within the communities most affected.

Mayor Jenny Durkan vetoed the bill allocating the $3 million, which the council then overrode in a separate vote.

But, as reported earlier this year by SCC Insight, the process used to award the contract was abnormal. For one, it was not opened to competing bids, as is customary for contracts over $54,000. This is allowed for nonprofit organizations, but King County Equity Now was not one at the time. The council instead awarded the contract via the Freedom Project — a nonprofit that acted as a “fiscal agent” for King County Equity Now, but has simultaneously been named as a subcontractor elsewhere.

Spokespeople for the city council did not respond to requests for comment.

In a statement, a spokesperson for King County Equity Now said, "the state has now chosen to place an unprecedented amount of scrutiny on a small research project contract to Black community organizations. Worse, though unsurprisingly, this small contract includes some of the only public funding designated specifically for Black community aid in 2020."

After years of plodding efforts to reform the Seattle Police Department, the massive protests last summer spurred City Hall into promising dramatic change to how public safety is created and protected in the city. As similar pledges slowed or stopped in other cities, the Seattle City Council actually moved forward with budget cuts to the department. At the same time, the council and mayor both promised large amounts of money for community-based organizations that could directly or indirectly supplant law enforcement.

But how that money gets out the door has been the subject of disagreement. Durkan pledged $100 million for projects identified by a task force of her creation. But trust in Durkan runs low in much of the activist movement and among some members of the city council. As a result, the council took her $100 million pledge — plus other investments of their own — and broke it up into different pots.

The council left $30 million for Durkan’s task force while spreading out the rest elsewhere, including $30 million to be doled out via a “participatory budgeting” process — budgeting with heavy community input — that would be organized and led by King County Equity Now.

So far, King County Equity Now delivered a “preliminary research presentation” to the city council in December, outlining in broad strokes the group’s research process going forward. The presentation said the organization will deputize a large number of organizations and individuals to gather feedback from community members about preferred next steps. It also teases the same themes the organization has surfaced since its creation, namely divesting from police, courts and jails and moving money into community-based organizations.

State-level accountability audits of local governments evaluate “whether a state agency has adhered to applicable federal or state laws, rules, and its own policies and procedures,” according to the Washington State Auditor's Office. The goal is “to ensure public funds are accounted for and internal controls are in place to protect public resources from misappropriation and misuse.”

Because the auditors cannot review every contract held by the city, they select several that may have been flagged.

Seattle has its own auditor as well, but the office is restricted in its ability to audit business conducted by the city council for fear of a conflict of interest. In an email, the city’s auditor, David Jones, confirmed his office was not examining the contract, but has “provided the city council with technical assistance about the contract’s format and advice about appropriate ways to monitor it.”