The outgoing superintendent of Seattle Public Schools discusses the district’s decision to bring students and teachers back, and shares some advice for her replacement. 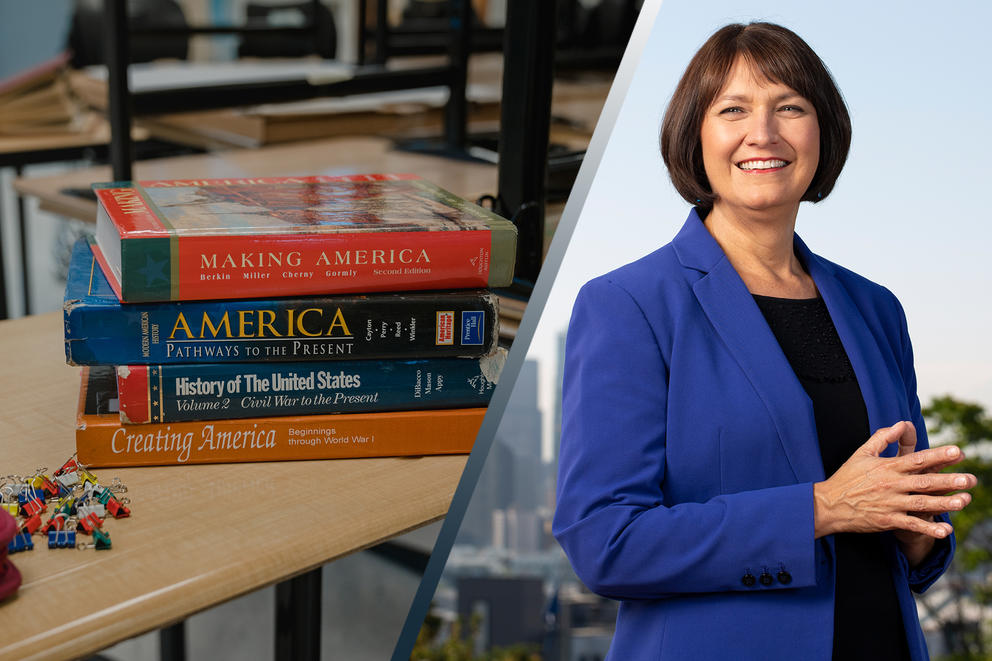 The outgoing superintendent of Seattle schools, Denise Juneau, discusses her tenure and details on how the district may bring students and teachers back to campus. (Crosscut)

Seattle Public Schools Superintendent Denise Juneau has some regrets about how the district has navigated the pandemic on behalf of the city’s 54,000 public school students.

District officials didn’t pivot fast enough to make in-person learning for children with disabilities possible. They were unprepared to get every student the device needed to continue learning remotely when the district sent children home from the classroom last year. They struggled to make sure every student home had adequate internet access. And they didn’t give teachers all the help they needed to create a meaningful online learning experience for their students.

Juneau’s long list, enumerated during Crosscut's Northwest Newsmakers event on Tuesday, offered the community an interesting glimpse into her approach as a school leader.

But if the viewer question portion of the event is a good indication of the mood of the room, parents and other stakeholders aren’t ready yet for the postmortem, especially from a superintendent who has already announced she will be leaving the district in June when her three-year contract expires.

As the pandemic rages on, they want to know the answer to one question: When is my child going back to the classroom and how is the district going to make sure the in-person schooling experience is safe for students and their teachers?

Juneau and her school district can’t or won’t answer that question right now, for most parents and teachers at least. Special education students are already returning to the classroom, and students in pre-kindergarten through first grade are likely to return in March.

But Juneau offered no specific timeline for the next phase — likely a hybrid program — for second through 12th graders. Indeed, depending on the state of the pandemic, students in those grades could continue learning from home, at least part-time, when the new school year begins this next fall, she said.

She said the sticking points include rearranging classrooms so students can stay physically distant, finding enough classrooms (or alternating class times) so all these smaller classes can meet, making sure schools have enough protective equipment like masks and some new plexiglass barriers, figuring out new schedules for both schools and buses, upgrading air filtration systems where needed, finding enough teachers to teach students who are at home and in the classroom, and negotiating with unions.

Juneau said these challenges can be overcome. It hasn’t been easy, she told host Monica Guzman, but “we’ve learned a lot.” Part of the learning is the result of reopening 46 special education programs across the district and about 50 preschool programs in 2020 and 2021. “It’s working,” she said of those efforts. “So I’m excited to get kids back in school.”

Gov. Jay Inslee announced in December a path toward reopening schools across the state. He encouraged districts where new COVID-19 cases average fewer than 350 per 100,000 people to start reopening elementary schools. More than 100 districts across the state have reopened schools for some of their students, and many others are making plans to do so this spring.

When asked what she would do differently if she could go back to March 2020, Juneau said she would rather have her do-over start earlier.

“It was a little shocking how far Seattle Public Schools was behind, especially with devices,” she said, noting that this made the transition to remote learning even more difficult than it had to be.

She was also surprised how far this technology-focused city is from getting broadband internet for everyone, including public school children.

“There is zero reason why a city like Seattle … should not have access for all,” Juneau said, noting that this should be a high priority for businesses as well, since so many people are working from home.

Juneau says the pandemic has also brought some silver linings for the district.

For one, administrators were forced to provide devices to every student, a project that was in the works, but had been planned to take three years. The pandemic also provided an unplanned opportunity to take another look at testing and assessment and to rethink more broadly how the system should judge whether students are learning enough. The district ramped up summer school last summer and probably will do so again this year. Juneau suggested that might be a good antidote to so-called “learning loss” during the rest of the school year. She added that administrators discovered that some students actually thrive with remote learning and that parents gained more understanding and appreciation for what teachers do every day.

“Teachers are really doing a phenomenal job right now,” Juneau said. “Parents now are seeing how hard an educator’s job is and how hard our educators are working.”

And last, but not least, Juneau herself learned a lot about the challenges of being the superintendent of Washington’s largest school district.

She acknowledged her relationship with the school board has been a distraction to the work and when the pandemic was layered on top of that, the job became even harder. Everything seemed to fit in the urgent and important box this year, Juneau said.

“It’s been a struggle,” she said of her relationship with the school board. She thinks the board should aim for a culture of collaboration with the next superintendent it hires. “We weren’t able to build that great working relationship,” she said.

It’s not easy being a school board member or a superintendent in the best of times, but during a crisis, like a worldwide pandemic, everything shifts under your feet constantly, she said. Finding someone they can work with now and into the future is what’s best for Seattle Public Schools, she said of the seventh Seattle superintendent since 2000 and the third in eight years.

“Hopefully that person may be the next person,” Juneau said.