Tenants and landlords both favor more rent assistance, but some want lawmakers to go further. 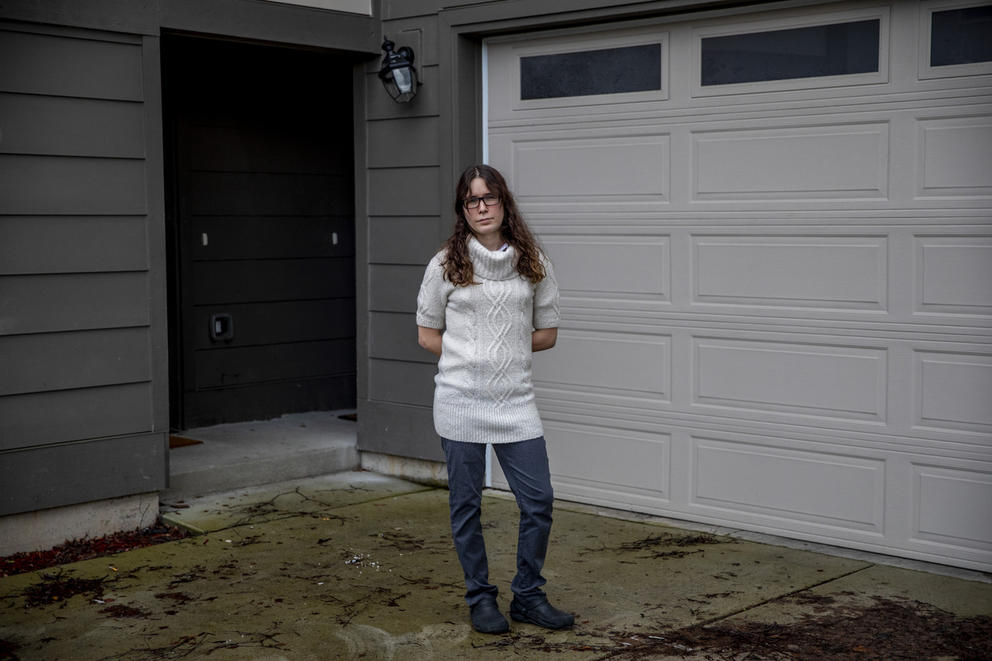 Arianna Laureano outside of her boyfriend’s Seattle home on Feb. 3, 2021. Laureano has been relying on Washington’s eviction moratorium, which is set to end on March 31. (Dorothy Edwards/Crosscut)

For every month since evictions were banned in Washington last March, tenants in the state accrued somewhere around $100 million in owed rent. By that estimate — which comes from the state Department of Commerce — renters here could now be over $1 billion in debt, a sum that grows each week.

Even as that number swells, the end to the state’s eviction moratorium is coming into view. After Gov. Jay Inslee extended the moratorium multiple times, most lawmakers, lobbyists and advocates expect March 31 will mark its true end — at least at the state level. Then the question of what will happen to renters without the moratorium’s blunt relief will go from hypothetical to very much real.

Arianna Laureano knows the weight of that burden well. Had it not been for the protections from state and local governments, she’s sure that she and her roommate would have lost their apartment in Seattle’s University District. Laureano has been homeless before and the fear of losing her stable place to sleep was a “catastrophic feeling.”

For state lawmakers, the hard end date adds pressure to what is already one of the most significant legislative sessions in state history. Failure to provide relief or some sort of safety net could have immediate consequences for thousands of renters, as well as the landlords who are also struggling.

“Courts will be inundated with eviction filings,” said Michele Thomas, policy director of the Washington Low Income Housing Alliance. “They really, really, really need to figure out how to act more quickly on these issues.”

The staggering amount of estimated rent debt means that even the $365 million in federal rent relief soon to be appropriated by the Legislature likely falls well short of what’s needed.

But while members of both parties agree additional help is necessary, some Democratic lawmakers are pushing for more than just money. Taken together, an informal suite of bills being proposed from their side of the aisle would also freeze rent hikes, require housing providers to have a “just cause” to issue an eviction, guarantee counsel for evicted tenants and bar rent debt from making it harder to buy or rent a home in the future.

Expanding tenant rights is necessary, said Rep. Nicole Macri, D-Seattle, because current state law is inadequate in the current moment. “Our residential landlord-tenant act never imagined — ever — that there’d be a circumstance where nearly 200,000 renters couldn’t pay rent at the same time,” she said.

But Rep. Andy Barkis, R-Olympia, himself a property manager, said the state ought to stay focused on relief, a belief echoed by other housing providers and landlord groups. “My position has been, I don’t see this as the right time to advance further landlord tenant law policy, when our focus should be on immediate assistance,” he said. 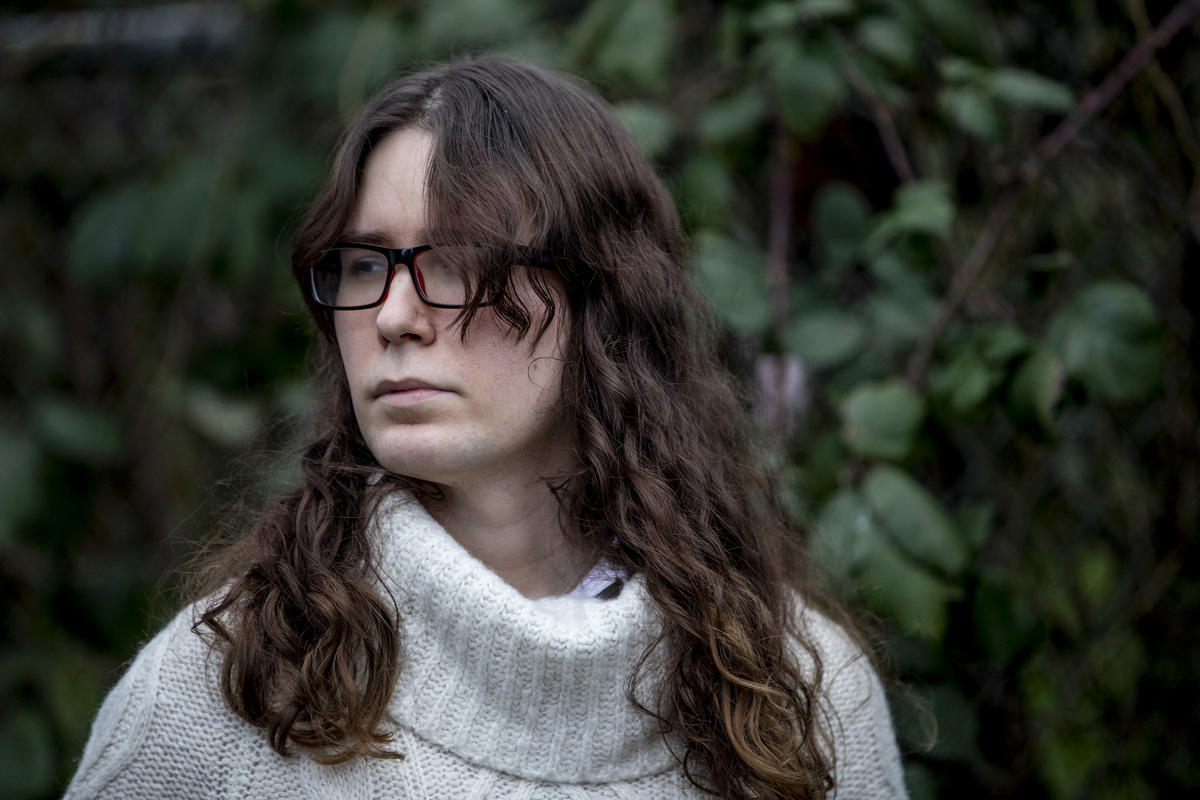 Laureano moved to Seattle from Detroit in 2018 and struggled to find her footing. She was homeless for her first year. As a trans woman, she said that when she would find some housing, she often faced abuse.

Then, in early 2019, she and her roommate secured a place in the University District. She went through a job training program to gain skills and worked for a time at PCC, the grocery retailer, before moving over to be a “budtender” at a marijuana retailer.

Laureano Is lucky; she still has work and a paycheck. But her roommate, who was also recently homeless, has lost hours during the pandemic, which means their combined rent has been impossible to meet.

“Both of us going through what we went through on homelessness, I wasn’t just going to throw her out,” Laureano said.

In the months since the lockdowns began, their debt grew to over $5,000. “The eviction moratorium is the only reason we’re still sheltered,” she said.

Laureano and her roommate are far from alone. In early January — the most recent weekly survey of U.S. households from the Census Bureau — more than 200,000 renters in Washington state reported not being caught up on rent. A similar number, 210,000, said they had “no confidence” in their ability to make next month’s rent, while many more had only “slight” to “moderate” confidence. At the same time, an estimated 400,000 households are relying on short-term debt — credit cards and payday loans, mostly — to cover their daily living expenses, including rent.

Communities of color are disproportionately rent burdened, particularly the state’s Hispanic/Latino population — which is 16% of the total population, but 27% of those who reported falling behind on rent payments.

“If we don’t have legislation in place to provide a transition from an eviction moratorium to recovery, all of those people — all of them — who are behind on rent will be at risk of eviction,” said John Stovall, an organizer with the Washington Low Income Housing Alliance.

Lawmakers on both sides of the aisle agreed more is needed beyond what’s in the federal appropriations, although how much more could depend on future federal relief.

“We’re going  to have to put more in — I just don’t know how much,” said state Sen. Christine Rolfes, D-Bainbridge Island, the lead Senate budget writer.

For their part, Republicans -- who are in the minority in Washington’s Legislature -- think the state should put more money into rental assistance now, rather than later.

House Minority Leader J.T. Wilcox, R-Yelm, said on Tuesday that he is concerned that without more assistance, many landlords will no longer be able to operate or pay their mortgages. That, in turn, could exacerbate a statewide housing crisis by taking units off the market, he said.

“What we are doing right now is likely going to make that shortage worse in the future,” Wilcox said Tuesday.

Olympia lawmaker Barkis has proposed a bill that would set aside up to $600 million from the state’s rainy day fund for rent relief. It would also guarantee that the eviction moratorium ends and grant tenants the right to a sort-of mediation process before they’re evicted. Trying to layer on any additional renter protections would shortcut what should be a lengthier discussion, Barkis said.

“I think what should be the focal point of all groups is to get out there into the communities, get them the help, make sure they know the routes they can take for dispute resolution,” he said.

Spencer Anderson, incoming president of the Affordable Housing Management Association, said he supports Barkis’ bill, as do many housing providers and landlord groups. While evictions are rare at Anderson’s properties, the moratorium and rent freeze have made it hard for him to both enforce community standards and cover costs in his Seattle projects, where revenues are down 40%, he said.

“What we really need is a comprehensive bill that is going to address people’s inability to pay back due rent that doesn’t include writing all of it off,” he said

But while Barkis’ bill has the backing of five Democratic lawmakers, others prefer a different route, one that creates a new source of funding for rent relief and is loosely packaged with other bills expanding tenant rights.

“The landlord lobby is essentially saying, ‘Really, we only need rent assistance, we don’t need those tenant protections,’ ” said Macri. “That just doesn’t make sense to me because of that ability for landlords to say, ‘You know what? I just got frustrated with you during this pandemic and I don’t want to give you a reason.’ ”

One bill would add a $100 document recording fee earmarked for housing relief, which would support ongoing rent relief of about $140 million a year.

“We are expecting people to recover and they’re not going to,” said Das. “They’re going to need time.”

Another bill would accomplish a goal long sought by tenant advocates, which is to require a “just cause” to evict someone, a law in place in cities like Seattle and Federal Way, but not uniform across the state. Other Democratic proposals would make it so debt accrued during the pandemic wouldn’t stain a renter’s future record and would also provide a right to counsel for renters facing eviction — a measure that exists in New York.

“If we are not going to be there for tenants right now and keep them off the streets, then I don’t know when is the time,” said Das. “The problem is, the minute someone is no longer housed we have a whole lot of other problems.”

Laureano, the U District renter, said she’s dedicating herself to pushing for relief, testifying in Olympia on behalf of more renter protections. She and her roommate have managed to secure some assistance and their debt is slowly being erased. They want to ensure that other renters have the same access.

“I’m doing everything I can in my free time to prevent what’s happening,” she said.

Meanwhile, Brogan Thomsen, a small landlord with just six units in Seattle, said he’s become frustrated with the state — not because he doesn’t sympathize with renters, but because he feels it’s become the burden of housing providers to solve the larger crisis.

“Why is it the owners who seem to get the bulk of the burden of trying to solve this with my money, my time and my headache?” he said.