In the Blake decision, the Washington Supreme Court voided most drug possession cases in the state. The implications will be huge. 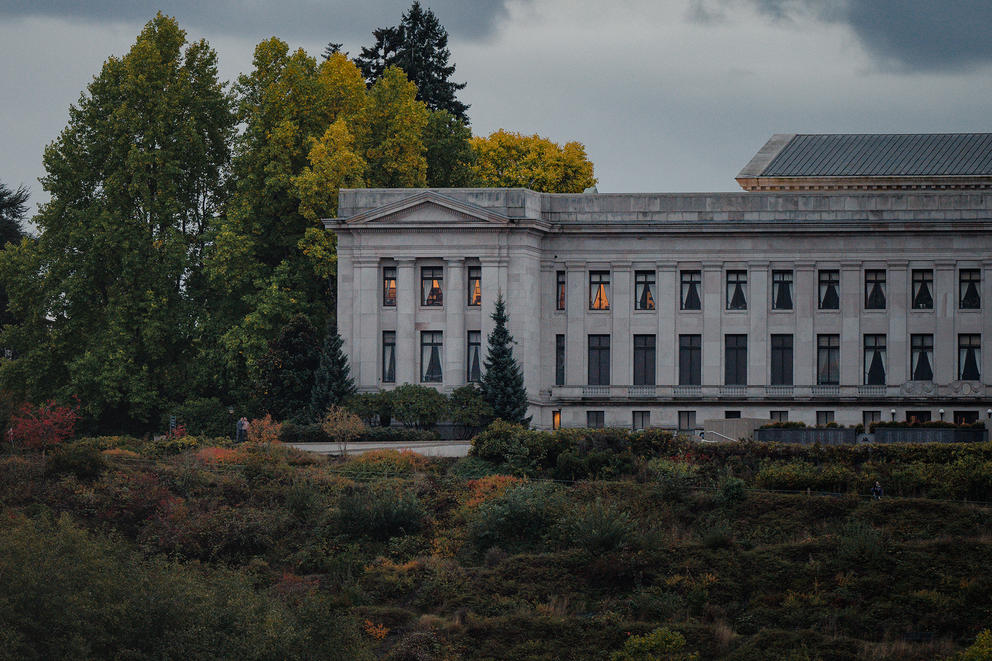 When Kelly Vomacka first read that the Washington Supreme Court had struck down the law criminalizing drug possession in the state, she was in disbelief. The Blake decision, named for the woman at its center, was not at all on Vomacka’s radar. While she was peripherally aware of the case, she would not have guessed that this is where it would lead.

In this, she was not alone — attorneys, advocates, lawmakers, even the lawyer who argued before the nine justices on Shannon Blake’s behalf, were all surprised that the court would take the case of a woman with drugs in her jeans pocket to such lengths.

“This just came out of the sky one day,” said Vomacka, a defense attorney based in Tukwila. Her reaction? “Stunned.”

For advocates of drug policy reform and those in the world of criminal defense, the ruling “was a much-needed nail in the coffin on the war on drugs,” said Ali Hohman, director of legal services at the Washington Defender Association. Meanwhile, many prosecutors, law enforcement officials and lawmakers are nervous about its implications.

Regardless, all agree that the Blake decision is and will be viewed as a landmark and one whose chain reaction extends well beyond those charged with simple drug possession. Inmates held on multiple charges may need resentencing; those rearrested for parole violations may have their records cleared; fees and fines may need refunding; immigrants facing deportation for drug felonies may be allowed to stay — the list goes on. On Thursday, two organizations, the Public Defender Association and the Civil Survival Project, filed a lawsuit demanding repayment of past legal financial obligations on behalf of possibly thousands of people convicted under the now-voided law.

“We think this is a $100 million issue,” said Juliana Roe, policy director of the Washington State Association of Counties.

Drug charges, as one attorney put it, are central to the DNA of the country’s criminal justice system — adding months to sentences, often leading to downstream consequences. And now, that DNA must be extracted in Washington. What's more, even if lawmakers were to pass a new law tomorrow, a pillar of the legal system is that new laws cannot criminalize past behavior — which means there's no going back from Blake.

“This case was cataclysmic,” said Hohman. From here onward, “we’re going to be saying before Blake and after Blake.”

At the core of the Blake decision is the question of the state’s power to police. When it came to drug possession, Washington was the only state remaining in which prosecutors did not need to prove intent.

This situation came to a head in 2016, when Spokane police served a search warrant seeking evidence of stolen vehicles. Among those they arrested was Shannon Blake. At the jail, an officer found a bag of methamphetamines in her back pocket. Blake claimed to the officers and later in court that the jeans were her friend’s, and she did not know there were drugs in the pocket.

Unlike most parts of the law, the burden of proof fell not on the prosecution, but on Blake; if the drugs were indeed not Blake’s, it was her job to prove it.

Her lawyer, Richard Lechich, told Crosscut that this gave enormous discretion to police and prosecutors.

By way of example, he pointed to a recent case in Seattle in which a woman purchased a crochet kit from a thrift store, only to find a kilo of cocaine tucked inside. The story became a quirky one and the woman was not penalized — but Lechich said under Washington’s law, she could have been liable for those drugs and gone to jail.

When Blake’s case made its way to the Washington Supreme Court, Lechich’s primary argument was that Washington’s drug possession law actually did imply that prosecutors must prove intent. By this argument, a new precedent could have been set and Blake cleared of her charges, but the law itself would likely have been left to stand.

But as his secondary argument, Lechich argued that, if intent was not implied, then the whole law ought to be found unconstitutional as a violation of the tenet that people are innocent until proven guilty.

In a narrow 5-4 decision, the justices agreed with Lechich’s second argument — surprising even Lechich. They ultimately concluded that lawmakers had been aware of the hole in the statute for many years, but decided not to change it. The whole law, therefore, was unconstitutional, meaning every case that involved drug possession must be reexamined.

“The consequences do seem very large just because there are so many convictions for possession of a controlled substance,” said Lechich.

The consequences of the ruling were immediate. Within hours, the Washington Association of Sheriffs & Police Chiefs put out a statement that law enforcement should stop taking any actions related to simple drug possession. Pending cases ought to be dismissed, they said, and warrants for people on simple drug possession should be voided. The Seattle Police Department said its officers would no longer confiscate drugs or arrest anyone for simple possession.

Nacim Bouchtia, a defense attorney in Seattle, said he had at least one client whose charges were dropped that night. A listserv of defense attorneys across the state lit up with questions about steps forward.

Simmie Baer, senior attorney at the Cowlitz County Office of Public Defense, said she had a client who was a war veteran struggling with PTSD and injuries. He’s addicted to heroin and racked up 13 possession charges — but nothing else. Overnight, she said, all of those charges were wiped away.

In many ways, handling the cases that involve only drug possession is the easy part. Marijuana is legal in Washington and some prosecutors have scaled back on charging simple possession cases.

“If the cases are just void, in theory there’s nothing to be done about those cases,” said Vomacka. But “there’s a lot of people who need to be resentenced and that’s difficult.”

Working through all of those resentencings will be a huge task at a time when courts are already severely backlogged. “Practically speaking, this is going to have enormous workload and cost consequences at a time when the King County court system is experiencing a historic backlog,” mostly because of the pandemic, said Wagoner. Hohman of the Washington Defender Association suggested that hearing all these cases will require creativity — perhaps drop-in clinics or other ways to bring the court directly to people.

The impacts cascade from there. Bouchtia, the Seattle defense attorney, pointed out that many people have been arrested for felony possession of a firearm — in which their original felony was drug possession. Others have been rearrested for parole violation or failing to appear after being charged with a drug felony. Those cases may also need reviewing.

Additionally, counties have received millions in legal financial obligations from people with drug charges. Roe of the Washington State Association of Counties said that, over the past 20 years, the state and counties have likely collected between $24 million and $47 million that may need to be paid back.

Because the court found the whole statute unconstitutional, replacing it would mean passing an entirely new law. That new law could not apply retroactively, however, which means the Blake decision will have enormous impacts regardless of what the Legislature does.

State Sen. Mark Mullet, D-Issaquah, introduced a bill that reinstates the same language, but adds the word “knowingly.” Mullet said he generally supports finding new ways to get people out of jail and into treatment, but said, “I’m drawing the line” at legalizing all possession without also scaling up alternatives.

“I was just kind of shocked,” he said of the decision. “It seemed like a huge overreach by the Supreme Court. They knew what they were doing when they struck this section of the statue…. We cannot leave town on April 25 without addressing the Blake decision.”

Strachan agrees. He said law enforcement supports diverting people from jail, but is skeptical that the infrastructure currently exists to offer treatment alternatives. He added that he still believes that the system needs the leverage that comes with criminalization to push people toward treatment.

“There needs to be an element of ‘you need to seek treatment and here’s why,’” he said.

But Mullet’s bill has so far progressed only slowly; now that the Legislature has passed its cutoff date for policy legislation, it would need a two-thirds vote to revive it.

“I think that effort is a huge step backward,” said Anita Khandelwal, director of the King County Department of Public Defense. She said drug criminalization has disproportionately hurt people of color and views the court ruling as a chance to move away from the war on drugs. “Why would we spend the time passing that law again instead of having the much more urgent conversation about how do we build more housing and how do we get more treatment on demand?” she said.

It will likely take years to sort out all of the implications of the ruling. How it is applied and interpreted will almost certainly depend on the prosecutor in a given county.

In King County, prosecutors and defense attorneys so far have not come to an agreement on all the impacts of the ruling. While they agree that new cases and pending cases should be dropped, the county Prosecuting Attorney’s Office has declined to hold resentencing hearings, vacate past convictions or agree to refund legal financial obligations — all of which the Department of Public Defense has called for.

Part of the hesitancy is that many people expect attorneys from Spokane to file a motion to reconsider. It would be rare for the Supreme Court to grant the reconsideration, but not all decisions have such immediate and far-reaching consequences. Attorneys with the Spokane County Prosecuting Attorney’s Office did not respond to multiple requests for comment.

It’s unclear exactly how many people the new ruling will affect; legal organizations and government agencies are still counting.

Hohman of the Washington Defender Association said one colleague described the process of untangling the Blake decision as “an onion and we just have to go layer at a time.”

For her part, Hohman had her own metaphor: “We’re just riding the crest of the wave.”

A bill before the Legislature would return the right to vote to more than 20,000 Washingtonians living and working throughout the state. 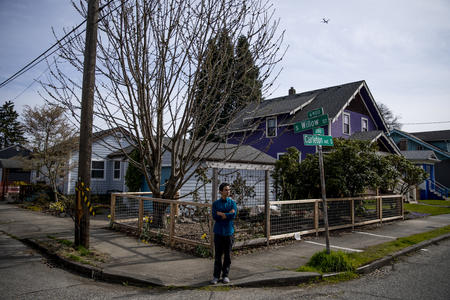 The environmental proposal in the state Legislature was designed to protect communities of color, but will it make a difference?