Republicans favor criminalizing drug possession again, but some warn against a return to the ‘war on drugs.’ 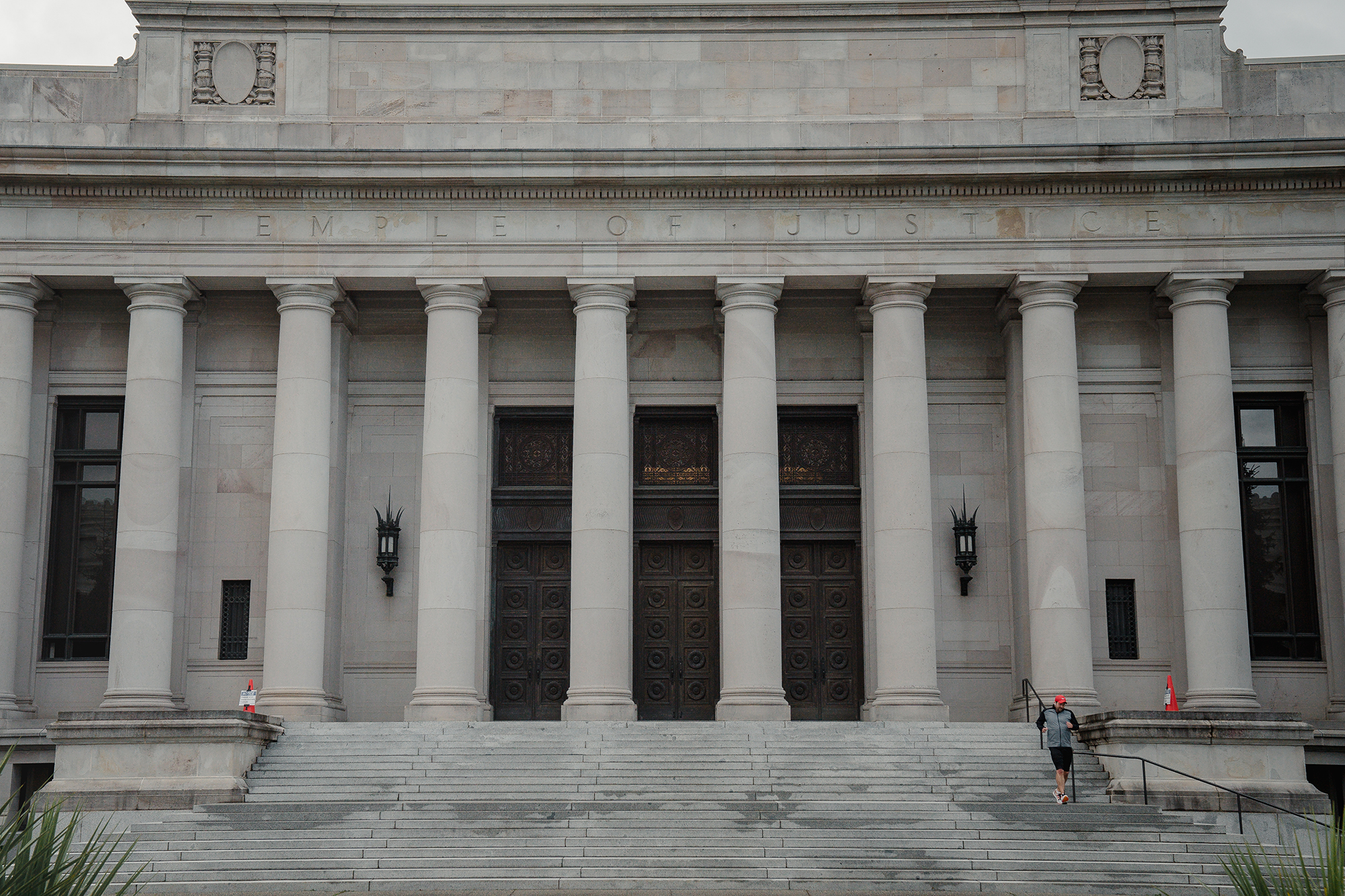 Lawmakers in Olympia are scrambling to respond to a Washington Supreme Court decision that declared the state’s law criminalizing drug possession unconstitutional because it did not require prosecutors to prove intent.

Dueling proposals reflect the range of philosophical beliefs about how the state should respond to drug possession and use — from a quick return to the status quo, to an expansion of criminalization, to permanently decriminalizing personal drug possession for anyone over 21.

The timing of the Supreme Court ruling elevates the stakes on what was already an extremely consequential pandemic-era legislative session.

Elected officials of all stripes acknowledge the enormousness of the court’s decision, which has sweeping consequences for the future of prosecuting drug cases, as well as all of the ones prosecuted in the past. By declaring the law unconstitutional, it’s as if the 1970s-era law never existed. As a result, courts across the state will likely need to unearth and reevaluate decades’ worth of old cases.

For some in the state Capitol, the ruling represents a needed, if sudden, break from a punitive response to substance use. Even before the decision, Democratic lawmakers had proposed decriminalizing drug possession while scaling up outreach to and treatment of those with substance use disorders (House Bill 1499). The court’s decision has now accomplished the former — which was the bill’s most controversial piece — but not the latter.

“They in essence ended the war on drugs,” said state Sen. Manka Dhingra, D-Redmond, who is vice chair of the Senate Law and Justice Committee and a senior deputy prosecutor in the King County Prosecuting Attorney’s Office.

More conservative elected officials are sounding the alarm. They say the court decision could have negative impacts on their communities, while also contending that incarceration can lead to recovery. Some used the images of public suffering found in Seattle as a backdrop.

“Watch drug overdoses go through the roof; watch crime go through the roof,” said state Rep. Brad Klippert, R-Kennewick, who is the assistant ranking minority member on the House Public Safety Committee and is a deputy sheriff with the Benton County Sheriff's Office

Lawmakers largely agree that the Legislature must respond. The court's ruling, referred to as the Blake decision, has left a vacuum that must be filled, said Rep. Lauren Davis, D-Shoreline, who supports decriminalizing drug possession. “There could be a catastrophe if the Legislature fails to act,” she said. “Blake definitely created significant momentum, but it did not solve the difficult policy decisions.”

The roots of the Blake decision are in Spokane. Shannon Blake was arrested as part of a search warrant seeking evidence of stolen vehicles. At the jail, officers found a small amount of methamphetamine in her back pocket. Blake said the jeans were not hers, and she didn’t know about the drugs, but she was charged regardless.

The court’s ruling is based on the fact that the burden to prove that the drugs were not hers fell not on the prosecution, but on Blake — a reversal of the concept of innocent until proven guilty and one unique to Washington state.

In a narrow 5-4 ruling, the court concluded as a result that the entire statute outlawing drug possession was unconstitutional.

The impacts were immediate. Police agencies told officers to cease arresting people for drug possession and prosecutors dismissed pending cases. Thousands of incarcerated people may have their sentences shortened; some attorneys estimate that 75% of criminal cases have some nexus with drugs. The list of possible upstream and downstream ramifications is immense.

Republicans and more moderate Democrats have proposed putting the statute back into state law, but with the word “knowingly” added — addressing the Supreme Court’s concerns about intent.

“I think that it’s never OK to do nothing,” said Gina Mosbrucker, R-Goldendale.

One Republican-led bill (House Bill 1558) would create a framework in the state for more treatment options for people with substance use disorders, although the bill does not specify a funding source. It would also mandate that police officers receive more training for dealing with people struggling with substance abuse. Another bill (House Bill 1559) is intended to create treatment services for young people.

A separate bill (House Bill 1561) would expand and increase penalties for manufacturing and selling drugs, as well as using drugs around juveniles — imposing a mandatory minimum of seven years in prison for those found selling certain classes of drugs.

A final bill (House Bill 1562) would explicitly authorize local municipalities to pass their own drug laws. Mosbrucker acknowledged this could create a patchwork system of rules and regulations, but argued it was preferable to having no laws at all.

“If Seattle wants to keep this ruling and thinks this is the best thing to do, then we may not feel the same way in Eastern Washington,” she said.

The thread between all of the Republican-sponsored bills is the belief that, while treatment is preferred over incarceration, the infrastructure has yet to be built. Several lawmakers told Crosscut anecdotes of people being arrested for drug use and parlaying that experience into successful treatment, although most evidence points toward voluntary treatment being more effective.

“Until we have the infrastructure in place for everyone to get help who is willing to get help, then I think we have to figure out a temporary measure, which may be incarceration,” said Mosbrucker.

Klippert emphasized that the court’s decision was narrow and said he would support attorneys filing a motion to reconsider. He cited KOMO’s viral Seattle Is Dying piece as a harbinger of things to come under Blake. The piece included many images of public suffering on the streets of Seattle. “It’s horrible, it’s horrific and many, many, many people do not want that to spread across the state,” Klippert said.

But some Democratic lawmakers have rejected a return to the previous way of handling drug possession.

“I don’t believe in doubling down on something bad just because you don’t have either the will or vision for something different,” said Rep. Kirsten Harris-Talley, D-Seattle.

Even for elected officials who favor moving away from criminalization of drugs, the Blake decision represents an enormous challenge. Davis said she expected the conversation around decriminalization to unfold slowly, with treatment alternatives being scaled up before the switch was flipped. But the court took the first step for them.

On the Democratic side, the main bill responding to Blake comes from Dhingra (Senate Bill 5476). It would recriminalize possession as a misdemeanor for people under 21 and set limits on what can be considered personal use. For all other cases, officers could refer drug users to so-called “forensic navigators” housed in local government, who could connect the drug users with local services instead of arresting them. Her bill would also bar local governments from passing their own laws to criminalize drug possession. Public substance use could result in a $125 fine.

“Look at what’s happening on the ground,” she said. “These cases are not being prosecuted. So why do you have a criminal charge that you’re not using? This is where you get disproportional impact on poor people who will got caught up in this while the rich do not.”

Harris-Talley said she supported Dhingra’s bill, although she said she had some concerns about reinstating felony charges for drug possession over a certain quantity.

Davis said she also supports Dhingra’s bill, but that more needs to be done in the area of treatment. “It is going to be wildly insufficient if our only response is a statutory one,” she said. And, she said, scaling up that treatment post-Blake must happen more quickly and with more resources than what’s proposed in the Republican-sponsored bill — which was based on a proposal from Davis earlier in the session. But that’s no longer an urgent enough response, said Davis. She believes the state should start with a $100 million-a-year investment out of its own coffers.

“It will be wildly inadequate if we say that we are going to build this replacement system and we don’t fund it,” she said.

Garnering enough support for any one proposal could be tricky, acknowledged Davis; moderate Democrats like Sen. Mark Mullet of Issaquah may be more likely to align with Republican lawmakers on this issue.

Democratic leaders have so far not stated a preference. Speaker of the House Laurie Jinkins said a workgroup of lawmakers is looking at the issue and reviewing different ideas. "I think we've got really diverse opinions on the table, so I'm kind of waiting to hear back from them," she said Tuesday.

When asked last week for his preference, Gov. Jay Inslee said he needed to have more conversations with legislators. A spokesperson said Wednesday that he did not have an update on Inslee’s response.

The legislative session is scheduled to end April 25.