The longtime local politician and former council president seeks the job he held for five days in 2017. 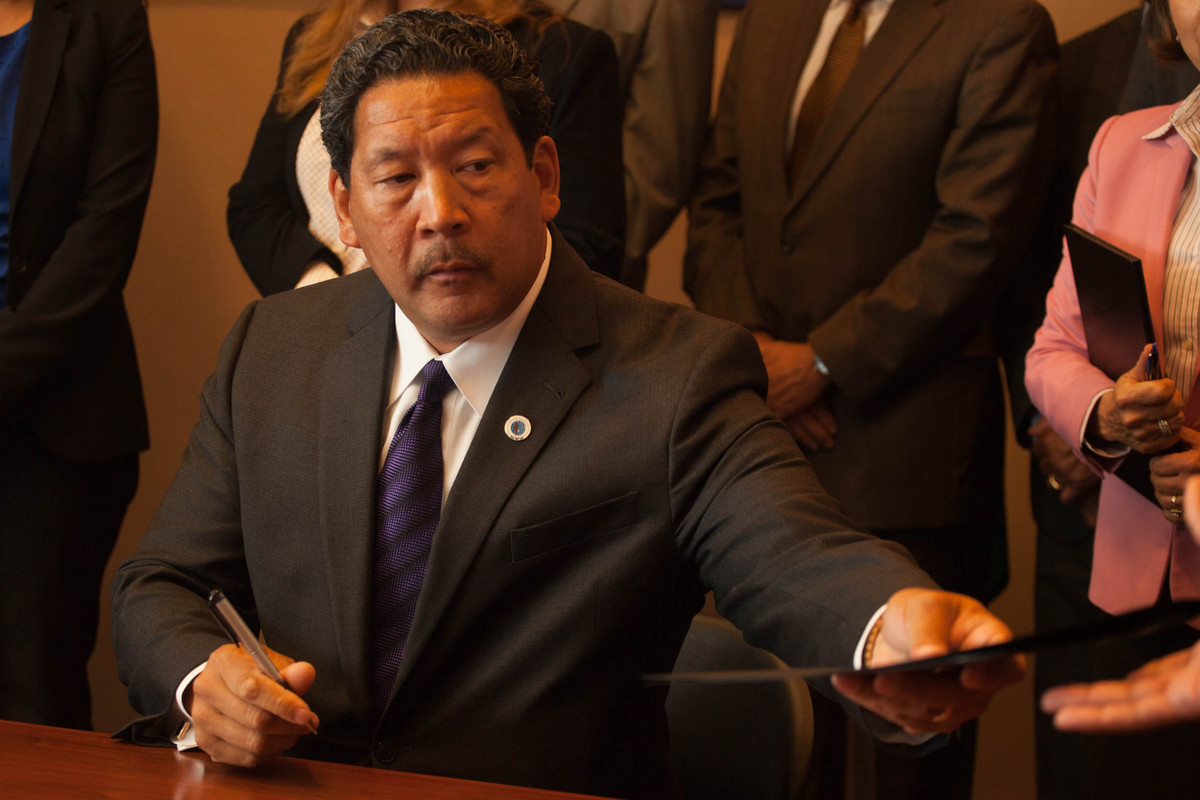 Former Seattle City Council President Bruce Harrell is running for mayor, he said Tuesday, seeking a more typical path to the seat he held for five tumultuous days in 2017.

In launching his candidacy via an “open letter” to Seattle, Harrell, 62, spoke of unity and healing — a nod to voters who might feel uneasy with the pace of change in the city, both inside and outside of City Hall.

“In a moment of racial reckoning, a housing and homelessness crisis, and pandemic-driven economic downturn, we need a mayor with the experience and skills to unite our city, heal divisions and restore confidence in who we are and what we can accomplish together,” Harrell wrote.

Harrell’s entry adds intrigue to the race to replace Mayor Jenny Durkan, who decided last year not to seek reelection in 2021. He joins a field that’s already crowded with candidates who are well-connected, prolific fundraisers or both: Colleen Echohawk, director of the Chief Seattle Club; Council President Lorena González, Harrell’s former colleague; Andrew Grant Houston, policy adviser to Teresa Mosqueda; and others.

What was missing among the candidates who had declared before Tuesday, however, was a clear favorite of the city’s business groups, to their great concern. Harrell may fill that role. In his years on the council, he enjoyed a warm relationship with the city’s business groups and, in turn, won their support. During his short time as mayor, he directed city officials to propose that Amazon build its second headquarters in the same place it built its first — Seattle.

Harrell is the son of a Japanese American woman who was interned during World War II and an African American father who grew up in the Jim Crow South. His roots in Seattle date back to his childhood. He went to Garfield High School, where he was a standout football player, before achieving both his undergraduate and law degrees at the University of Washington.

Harrell worked as an attorney for a time — representing telecommunication companies and nonprofits — before running for the city council in 2007. When the council switched to a district-based system for the 2015 election, he was elected to represent South Seattle and the Rainier Valley.

Harrell would go on to spend 12 years on the council. Much of that time was spent reckoning with the fallout of a police department under federal oversight. Harrell’s longest fight was to require officers to wear body cameras. After a slow rollout, they now do.

He also worked on the passage of “ban the box” legislation, which bars employers from automatically disqualifying job candidates based on their criminal record.

In his letter, Harrell laid out plans for what he would do as mayor, including that Seattle should consider creating its own affordable health plan that could fill the gaps between the Affordable Care Act and government-backed health facilities.

On policing, Harrell said he supported funding “needed staffing” and training, not “arbitrary and divisive public safety budget debates” — a jab at the current city council’s approach to the police department’s size, which shrunk considerably in 2020.

Throughout his tenure on the council and in each of his election contests, Harrell cultivated his image as a man of the people in Seattle — someone you may see playing basketball at the local gym on the weekends.

But as Kshama Sawant and the city’s leftist political wing rose in prominence, Harrell would sometimes clash with activists. He was among the majority of council members who voted to repeal a tax on large businesses. He also defended investments in a new police station in North Seattle and backed the county’s plans to build a new detention center for youth, even over increasingly loud outcries from “block the bunker” and “no new youth jail” activists.

Harrell eventually backed off his support for both. But as the city tilted further left, Harrell’s hold on his South Seattle seat was precarious. In 2015, he won his reelection bid by only 400 votes over Tammy Morales, who was mostly unknown at the time. Morales would win the seat in a second attempt in 2019, after Harell opted out.

Harrell continued to back former Mayor Ed Murray for months in 2017 — sometimes forcefully so — even in light of allegations that Murray had sexually abused teenagers in the 1980s.

When a fifth accuser came forward and Murray did resign, Harrell, who was the president of the city council at the time, automatically became interim mayor. That left him with a choice — give up his seat on the council and complete the final three months of Murray’s term or return to council to serve through 2019. After five days, he chose the latter, handing the mayor’s office over to Tim Burgess.

Now Harrell is seeking a full term in the office he only sampled back then.