The hospital’s examination comes amid continuing fallout from the resignation of Dr. Ben Danielson. But a previous report shows it’s been an issue since at least 2008. 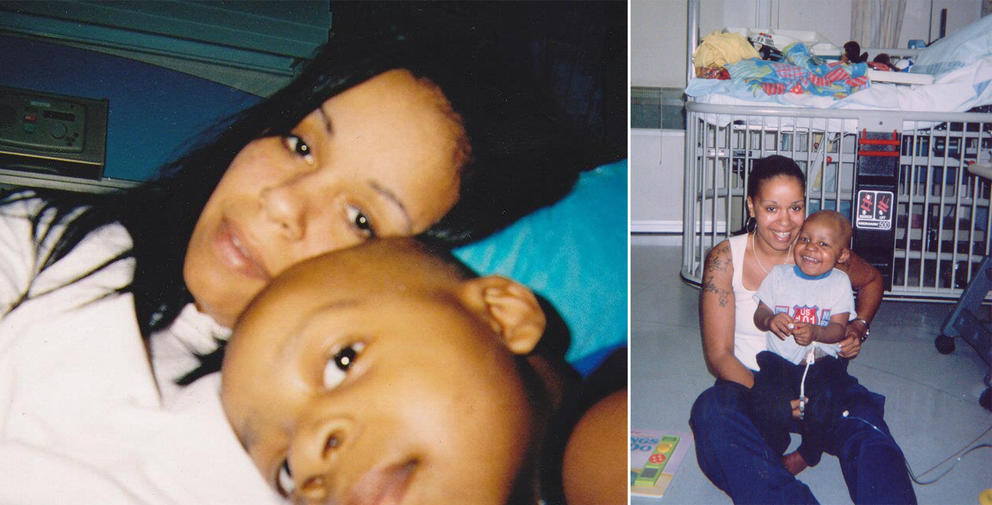 When Dr. Ben Danielson resigned in protest from his position as the medical director of the Odessa Brown Children’s Clinic, one of his primary reasons was the disparity in how often security was called on Black patients within the Seattle Children’s Hospital system.

New data from Children’s confirms Danielson’s allegation. Since 2014, Black patients were more than twice as likely to have a so-called “code purple” called on them — the intercom call for security and a mental health professional to show up.

But while Children’s is releasing this data in the wake of Danielson’s exit, disproportionate use of security for Black families is not a new issue at Children’s. In 2012, a group within the hospital’s Center for Diversity and Health Equity found nearly the exact same disparity, according to a report obtained by Crosscut. However, when initially presented with the 2012 data, current hospital staff were unaware of its existence or its recommendations, which called for greater oversight of code purple calls.

The Seattle Times first reported on the 2012 report and the new data from Children’s.

Multiple former employees of Children’s, some of whom declined to be identified, confirmed to Crosscut that the work from 2012 was legitimate. Sarah Rafton originally identified a disparity when she was director of the Center for Diversity and Health Equity in 2011, but was not involved in this report as she had already left the Center when it was written.

“I think the reason that we looked at the code purple data was anecdotal concerns about disparate impact,” said Rafton, who is now the executive director of the Washington Chapter of the American Academy of Pediatrics.

Rafton’s initial findings were picked up by other employees, who confirmed to Crosscut they turned them into the final report. One employee who requested anonymity remembered presenting the data to hospital leadership at the time — none of whom still work at the hospital today.

Sakara Remmu knows what it feels like to be policed while caring for a child. Her child, Khabir, died in Children’s in 2003 when he was 4 of neuroblastoma, a cancer in the glands that most often affects young children. She first told Khabir’s story in the South Seattle Emerald.

Throughout Khabir’s time in the hospital, Remmu was an outspoken advocate on his behalf — often with the support of Danielson. Still, she felt her concerns were not taken seriously and that Khabir did not get the care he deserved.

At one point, after Remmu had been crying on Khabir’s behalf, she was served with a paper accusing her of obstructing patient care. She could never confirm that security was called on her, but she could see them lingering nearby. It was as if the hospital was scared of her.

Another family member told her she thought she was being treated in a racist manner. “But I'm focused on the worst case scenario — that was just subtly laid out to me with a concerning smile — of, at the end of the day, you can be taken out of this hospital, and prevented from coming back, if anyone here feels intimidated by your actions,” she said in an interview. 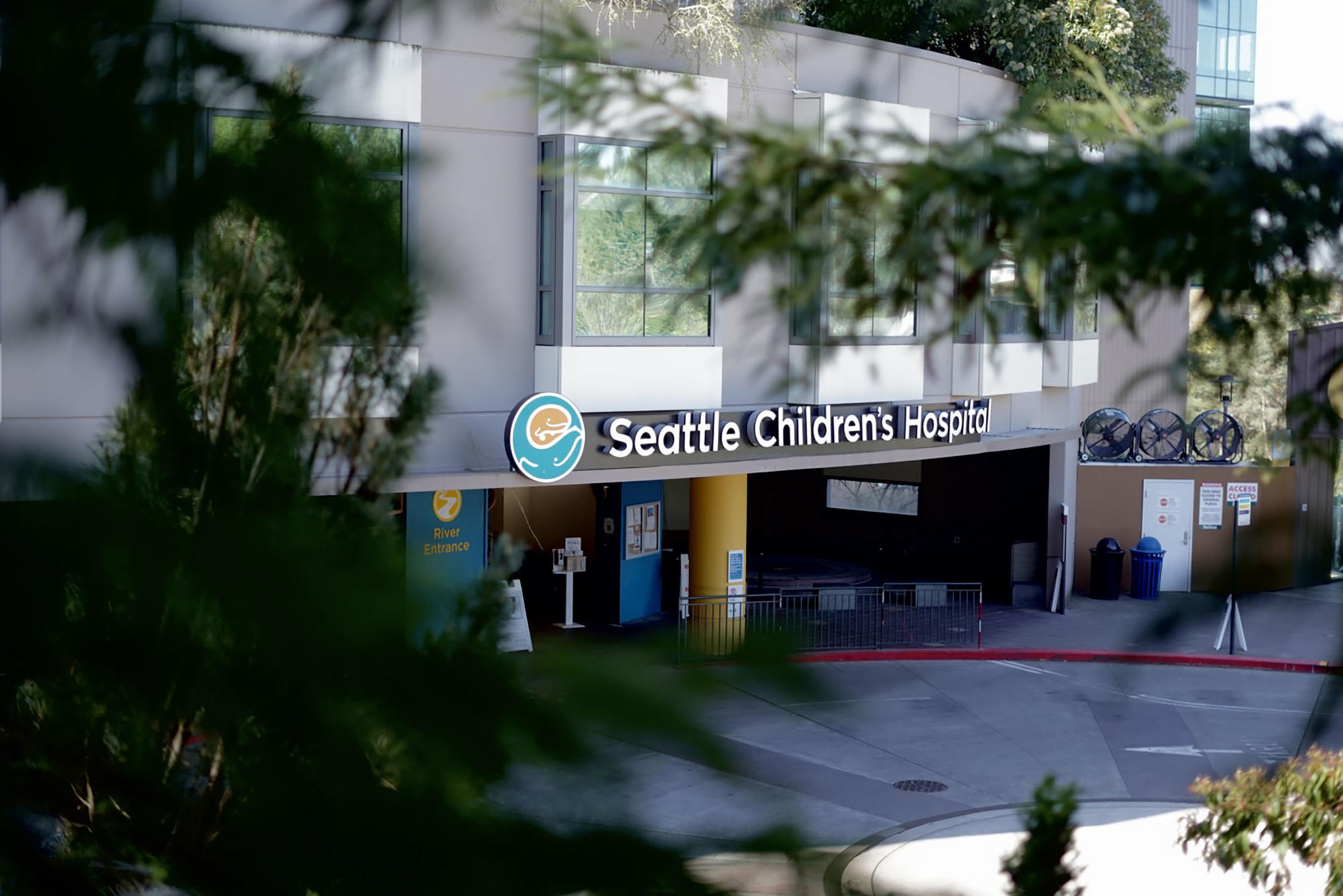 Remmu’s experience is decades old. Myra Gregorian, senior vice president and chief people officer with Seattle Children’s, said patient experiences like Remmu’s and the disparities in who’s having security called on them should have been addressed a long time ago. When Danielson first raised his concerns, Gregorian said she was not surprised.

“It wasn't something that caught me by surprise,” she said. “Has it taken us longer than it should have to address it? Yes, absolutely. And, you know, I don't want to make any excuses for that; we need to do better, health care needs to do better and we at Seattle Children's need to do better. We need to ensure that this is a top priority.”

That disparity is consistent dating back to at least 2008. In the 2012 report, staff found that 16 percent of security calls were against Black patients and family, who made up 7 percent of the patient population.

Having a code purple called on a family can leave them feeling “embarrassed, demoralized, and feel like they are being treated like criminals and are being disempowered,” the 2012 report read. “Parents have reported feeling misunderstood as they are escorted away from their sick child, when they were trying to advocate for their child but are perceived as a threat.”

The report identified one instance in which a father “of African descent” was escorted away from his child after advocating for a different approach to drawing blood from his child. The experience left him feeling “powerless, embarrassed, and seen in the eyes of other families on the unit as a criminal.”

The 2012 report issued five recommendations, including better reporting on code purple calls with more context, the creation of a team of people to follow up after each call, more data evaluation and the creation of a “Code Purple Oversight Team.”

It’s unclear what came of the recommendations; among those whom Crosscut spoke to, most left the hospital system shortly after it was authored. When initially presented with the report, a spokesperson for Children’s could not initially confirm its authenticity with any current staff.

“Leadership transitions have been a challenge for us,” said Gregorian.

Children’s now has a new set of recommendations, including more de-escalation and anti-racist training. Gregorian said a major priority for the hospital is to increase staff diversity, which she said is an issue.

Meanwhile, Danielson’s resignation continues to resonate. He’s celebrated in Seattle, especially among the Black community, as the rare Black leader in the world of medicine.

“It's only been since he made that decision that I've really come to realize he's been one of the most impactful relationships in my life and in that of my family and my soul knows his integrity,” said Remmu, who credits Danielson as the only person who fought on her behalf when her child was dying.

A new assessment committee established by Children’s has hired former U.S. Attorney General Eric Holder to take a top-to-bottom look at Children’s in an effort to find explicit or systemic racism within the system. The hospital has agreed to waive past nondisclosure agreements to allow staff to share their stories.

One question is how much of Danielson’s allegations are related to health care more broadly versus Children’s specifically.

“Those are completely blended thoughts and questions,” Danielson said during a recent Crosscut event. “It became more direct when the institution itself said it was doing things about it, but didn’t actually name anything with any true accountability.” He pointed to statements made by Children’s following the summer’s protests committing to being an “anti-racist” organization.

It can be hard to comprehend the experience of being seen as a threat, said Remmu. “I think society understands that a little bit more today — what it means to be perceived as a threat,” she said, “and how that is actually one's internal racial bias process lens that is clouding what's actually really happening.”