With $30M at stake, the mayor and the city council struggle to see eye to eye on where public safety dollars should go. 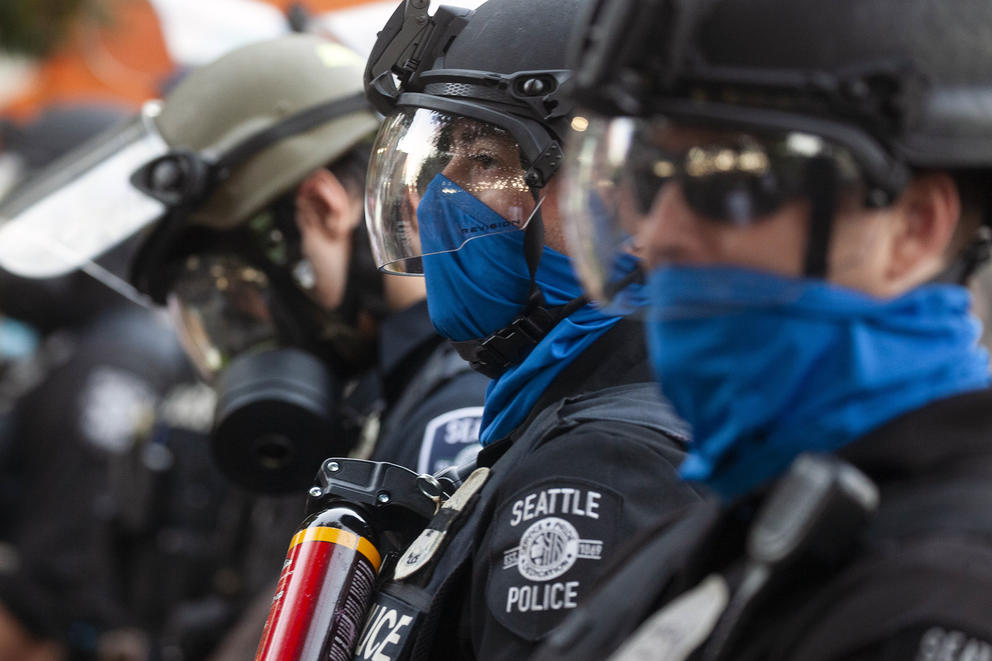 The path toward overhauling policing and public safety in Seattle is moving more slowly than some had hoped, in part because of a continuing lack of trust between the mayor and some members of the city council.

Councilmember Tammy Morales, whose committee is tasked with freeing up $30 million for community members to steer toward police alternatives, said she is “extraordinarily frustrated” by what she views as an executive unwilling to take the demands of communities of color seriously.

“It feels to me like the mayor has basically declared war on communities of color who are demanding power or who are asking for access to resources,” Morales said in an interview.

At the same time, Morales said she’s concerned that a plan birthed from a community-led research project — funded through a $3 million contract awarded by the council — is aspirational, but not workable, in the current moment.

Representatives from Durkan’s office categorically rejected Morales’ statement that the mayor is getting in the way of progress. They said the mayor is prepared to move forward, but needs the council to act first. In an email, Durkan spokesperson Kamaria Hightower said the mayor doesn’t care how that money is pushed out, so long as it happens quickly and legally.

“MAYOR DURKAN AND CITY DEPARTMENTS ARE READY TO IMPLEMENT A PARTICIPATORY BUDGET AND THEY ARE WAITING ON COUNCIL TO PASS A BILL!!!!!” Hightower wrote.

The interbranch frustration — largely playing out via emails and letters — continues the tension that rippled through City Hall toward the end of last summer, as the demonstrations against police violence were at their peak. At stake is the city’s promise to take seriously those protesters’ demands. City Hall made enormous pledges in response to the marches, from creating new programs out of whole cloth to cutting the Seattle Police Department’s budget by as much as 50%.

Among the most significant actions the council took was to commit $30 million that the community would decide how to use — a parallel process to another $30 million that will be granted via a mayoral task force.

But the timeline for getting that money out the door is already “very much delayed,” said Morales. While the council controls the purse strings, it’s the executive’s job to spend that money. Morales said she wants to be sure the money is spent in a way the council and community can support, and she is not confident that will happen.

“I'm at the end of my rope, basically, of trying to try to operate in good faith with [the mayor’s office], because I don't think we're getting anything in return,” she said.

The mayor’s office argued it was the council, not the mayor, who’s dragging out the process.

“Don't forget that it was Mayor Durkan, not City Council, who put forward the budget item for $100 million in investments to address disparities in BIPOC communities,” Hightower said. “Let's get this done!”

Meanwhile, police officers are leaving the department in record numbers, adding pressure on elected officials to either stanch the bleeding or more quickly establish alternatives.

At the center of the current standoff is $30 million that the council had promised to distribute via a process known as participatory budgeting. The idea is that members of the community will have a direct say over how the dollars are spent by soliciting, vetting and selecting projects — in this case models of public safety that could serve as a replacement for police.

It’s here where the city has so far struggled.

To start, the city awarded a $3 million contract to a consortium of organizations to lay the groundwork for the process going forward. The results of that research were delivered earlier this year, but not before the Office of the State Auditor said it was looking into how the contract came to be awarded and amid criticism from the mayor over its cost.

After that contract’s completion, its researchers, known as the Black Brilliance Research Project, proposed a path forward that is top heavy in administrative costs — nearly a third of the $30 million. It would create a steering committee and hire 25 people as third-party contractors to execute the process. Morales said the proposal was “aspirational,” but not workable, right now.

In March, the mayor’s office said another option could be to run the process inside the city by the Department of Neighborhoods, similar to how the city has done participatory budgeting in the past, at a smaller administrative cost.

Deputy Mayor Tiffany Washington said the mayor’s office was supportive of participatory budgeting and wanted to see a path forward approved as quickly as possible. But, she added, the office wants to ensure it’s “implemented in a thoughtful and legal manner that maximizes our ability to change outcomes and disparities while being transparent using $30 million of public resources.”

The mayor’s office’s presentation was met with backlash from some employees within the city departments under Durkan’s purview. A number of employees from various departments tasked with providing input into how the $30 million should be overseen penned an “open letter” last month, saying their ideas had not been incorporated into the mayor's office presentation to the council. Department staff accused the city of making Black employees the face of the process going forward but leaving the ultimate decisions to white leadership.

“The conversation has continually devalued the capability, competency, and resilience of the Black community and the researchers,” the employees wrote in their letter.

The result is that there are two options before Morales’s committee, one of which she doesn’t believe is workable, the other she thinks community members will not get behind. Morales said she wants to hear more from the department employees who said their ideas were misrepresented, but that she’s not being granted the sort of access she wants.

In her email, Hightower said Morales, in fact, has been offered the opportunity to speak more with Washington, the deputy mayor. But, more to the point, Hightower reiterated that the mayor is agnostic on whatever the council chooses to do.

The $30 million at stake is just one of a number of efforts by the city to make good on its promise to rethink policing in Seattle. How to spend an additional $30 million is under consideration through the task force the mayor set up.

Morales said she had hoped to have the process for participatory budgeting locked down in February or March. Now, she’s hoping the council can land on its own, final proposal by May 18.