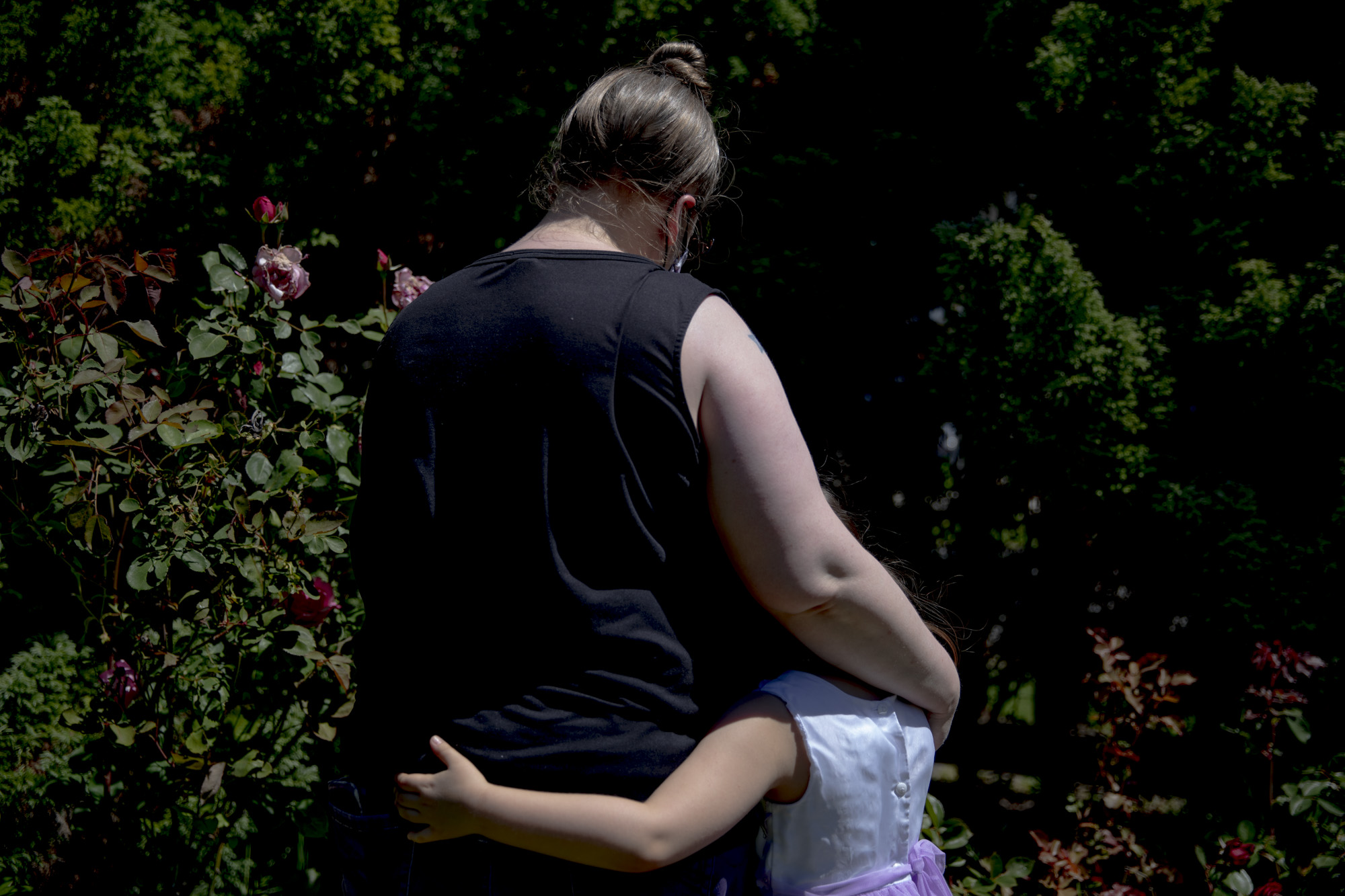 K.T. and her 6-year-old daughter on June 1, 2021. K.T. reported a family member abusing her daughter in 2019 but, because of the lockdowns during the pandemic, court cases like hers dragged out. (Dorothy Edwards/Crosscut)

Even if Judge James Rogers excludes all cases of nonviolent crime and adds one extra judge, he estimates it will still take King County about 13 years to work through the backlog of criminal cases that have built up over the pandemic. That’s 13 years of longer jail times for some of the accused — who are still presumed innocent —and 13 years of waiting for delayed legal proceedings for the accusers.

“We have homicide and sexual assault cases that will be going out three, four years after they were filed,” said Rogers, presiding judge of King County Superior Court. “And people will have been incarcerated, waiting for trial for all of that time. People who are the family of homicide victims will have been waiting that whole time for closure. Victims of child sexual assault cases, they actually will grow up during the time their case is pending, which is just appalling.”

Through the course of the pandemic, much of the criminal legal system has ground to a halt, the usual gush of court cases and plea deals slowing to a drip. With in-person trials out of the question for most of 2020 and into 2021, cases have languished. Even those unlikely to ever go to trial have snagged; without the pressure of a looming trial date, attorneys are far less likely to settle out of a court.

Down the road, Seattle Municipal Court, which handles misdemeanors and gross misdemeanors, also faces a pileup. Attorneys handling between 400 and 500 cases have reported being ready for trial but with nowhere for the cases to be heard, according to Josh Sattler, the court’s chief clerk. Roughly the same number are in predisposition, meaning the court is facing a backlog of about 900 cases. Normally Seattle Municipal Court has no backlog.

“Pre-COVID, if you said, ‘Hey, I'm ready for trial,’ it would probably be set out six to eight weeks,” said Sattler. “Whereas you look at right now, we're going to set some cases out 12 to 14 weeks, probably.” For cases that are just entering the system, the wait could be longer.

Normally, the court could run about four trials per week — but with social distancing measures still in place, that’s currently closer to two. Unlike King County courts, which could bring in extra judges, the city’s municipal code restricts the Seattle court to seven, Sattler said. In-person trials could scale up to 100% capacity sometime this summer, but even if it does, said Sattler, conservatively “it'll take us years to come out of this.”

The backlog in the legal system does not end with the courts. Prosecutors’ offices have mounting caseloads of their own. King County Prosecuting Attorney Dan Satterberg told Crosscut last month that his office has twice the number of pending felony cases as usual.

“We usually have about 3,200 of those before the pandemic. Now we're at about 6,500 and we've got another 3,000 cases that could be filed that are waiting to be reviewed,” Satterberg said. “That's what keeps me up at night,” he added.

Seattle City Attorney Pete Holmes said that at the beginning of April his office had a backlog of 2,200 cases waiting to be filed — a whole separate queue than those cases sitting at the courts’ doorsteps because they haven’t even begun to make their way through the system. Kelly Harris, chief of the criminal division in the City Attorney’s Office, said normal is usually closer to the high hundreds.

That backlog is less the result of the COVID-19 pandemic and more due to attorneys going on leave, Harris said.

Even as COVID cases continue to drop in King County, and Washington readies itself for a full reopening later this month, the impact of the shutdowns on criminal cases will linger. Options for finding a path out are limited. Some are advocating a rethinking of the entire system, an outgrowth of last summer’s protests. The overall footprint of jails and judges have shrunk during the pandemic and some would like to see it remain that way.

But it’s unclear how far the programs that currently exist can reach, especially when many of the backlogged cases are for violent offenses.

“You know, I know this is an old, overused phrase, but it is absolutely true that justice delayed is justice denied,” said Rogers.

For one woman, the slow pace of a case involving her daughter clung to her for more than a year.

Note: Reporting further down in this story explains how pandemic backlogs have affected a sexual abuse case. Some readers may find it upsetting. 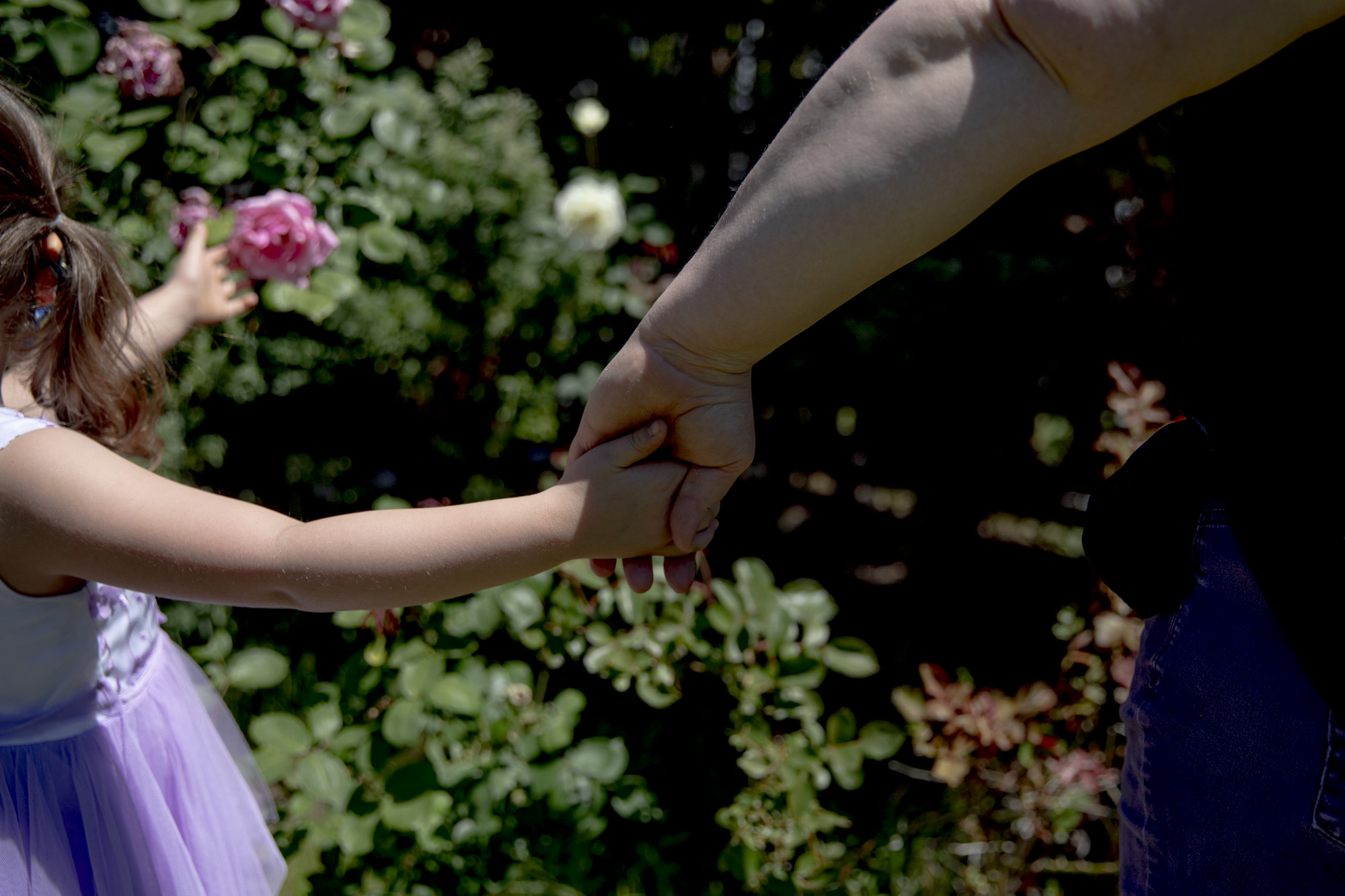 K.T. and her 6-year-old daughter in their backyard rose garden on June 1, 2021. (Dorothy Edwards/Crosscut)

K.T. and her 6-year-old daughter in their backyard rose garden on June 1, 2021. (Dorothy Edwards/Crosscut)

When K.T.’s 5-year-old daughter first said that she’d been sexually abused by her father, K.T. was skeptical. She couldn’t imagine him doing such a thing. K.T.’s partner denied the accusation looking at K.T. in the eyes and swearing it wasn’t true. But when her daughter brought it up again, this time with even more detail, K.T. began to believe her.

“I didn't know what to do, because it was like, the two most important people in my life were telling me opposite stories,” said K.T., whose name Crosscut is not using to protect her identity and that of her daughter. “One of them was lying.”

K.T. reported the alleged abuse and her partner was taken to jail. This was in the fall of 2019, before the pandemic.  “It was the worst weekend of my life,” said K.T.

Months later, the lockdowns began, and eyes turned toward the criminal system and its crowded and poorly ventilated courts and jails. Some incarcerated people were being released to create more social distance, and trials and court proceedings were grinding to a halt.

For K.T., it created a looming uncertainty. For one, she was unsure whether her partner would be released from jail, a prospect that frightened her. More than that, her legal advocates began warning her that the process could drag on. At first, the case was pushed from one date to the next. But then victim advocates stopped even offering times on the calendar as the prospect of a quick return to normal vanished.

“I needed to know how long he was going to be in prison,” she said. “I feel safer with him in there.”

Mary Ellen Stone, executive director of the King County Sexual Assault Resource Center, said slow progress has long been an issue for cases involving alleged sexual assault. But it’s gotten worse since the pandemic. At last count, the organization had 408 clients who’ve been waiting almost two years for the cases to move through the system.

“When we look at sexual assault being the most underreported crime in this country, there’s a good reason why people aren't,” she said. “Why would you bother? Why would you bother doing that if you think you're going to be waiting for two, three, four or five years?”

“With COVID and this backlog, pushing those cases back even further has been extremely hard for the individuals that we work with,” she said. “Justice for some people happens when there's a conviction, and that waiting process is extremely hard.”

For many in the legal world, the pandemic, paired with the protests of last summer, also represents an opportunity. The coronavirus pushed the scope of the criminal legal system to shrink and many would like to see it remain that way. Anita Khandelwal, director of the Department of Public Defense, has consistently pushed for the criminal legal system to have a smaller footprint and is weary of a return to “normal.”

“We know the criminal legal system is incredibly expensive, is racially disproportionate, is very harmful to our clients,” she said. “There's no evidence that it actually works.”

At the same time, Khandelwal said the backlogs are a major issue and she supports a temporary increase in spending tailored very specifically toward clearing that queue.

“We want the criminal legal system to have as small a footprint as possible,” she said. “All of that said, making sure that our clients who are languishing in jail right now get to trial when their cases are ready to go is really important.”

Khandelwal said the department doesn’t support extra resources for unfiled cases, which she said are by nature lower priority.

The clearest path for King County to ease the backlog is more money to hire more judges. Rogers said he believes the county could draw on federal COVID relief to do so. With six extra judges, he said, the county could get on top of the issue in roughly two years. But, while the county recently appropriated extra resources for the courts in its latest round of COVID spending, Rogers said it won’t translate to more judges. He’s hoping the next round, the county’s eighth, will come through.

“The system presumes everyone innocent until proven guilty, and, you know, it's what keeps me and my fellow judges up at night the most, the fact that we can't move these criminal cases along quickly enough, and there are people just sitting in jail,” he said.

In retrospect, K.T. didn’t quite understand how heavily her former partner’s case was weighing on her. For a year and a half it was kicked down the road from month to month. Only just recently did he plead guilty to the charges against him. The judge gave him 140 months or about 10 more years after time served.

“After the sentencing, suddenly I just felt this weight lifted off of me and I realized I could breathe again,” she said. “I realized this anxiety I thought was because of the pandemic was actually because I was waiting for this legal thing to finish.”

She said she wishes his sentence was longer, at least until her daughter turned 18. “I feel safer now knowing he's in prison,” she said. “When he gets out, that's a whole other thing and we'll cross that bridge when we get to it.” 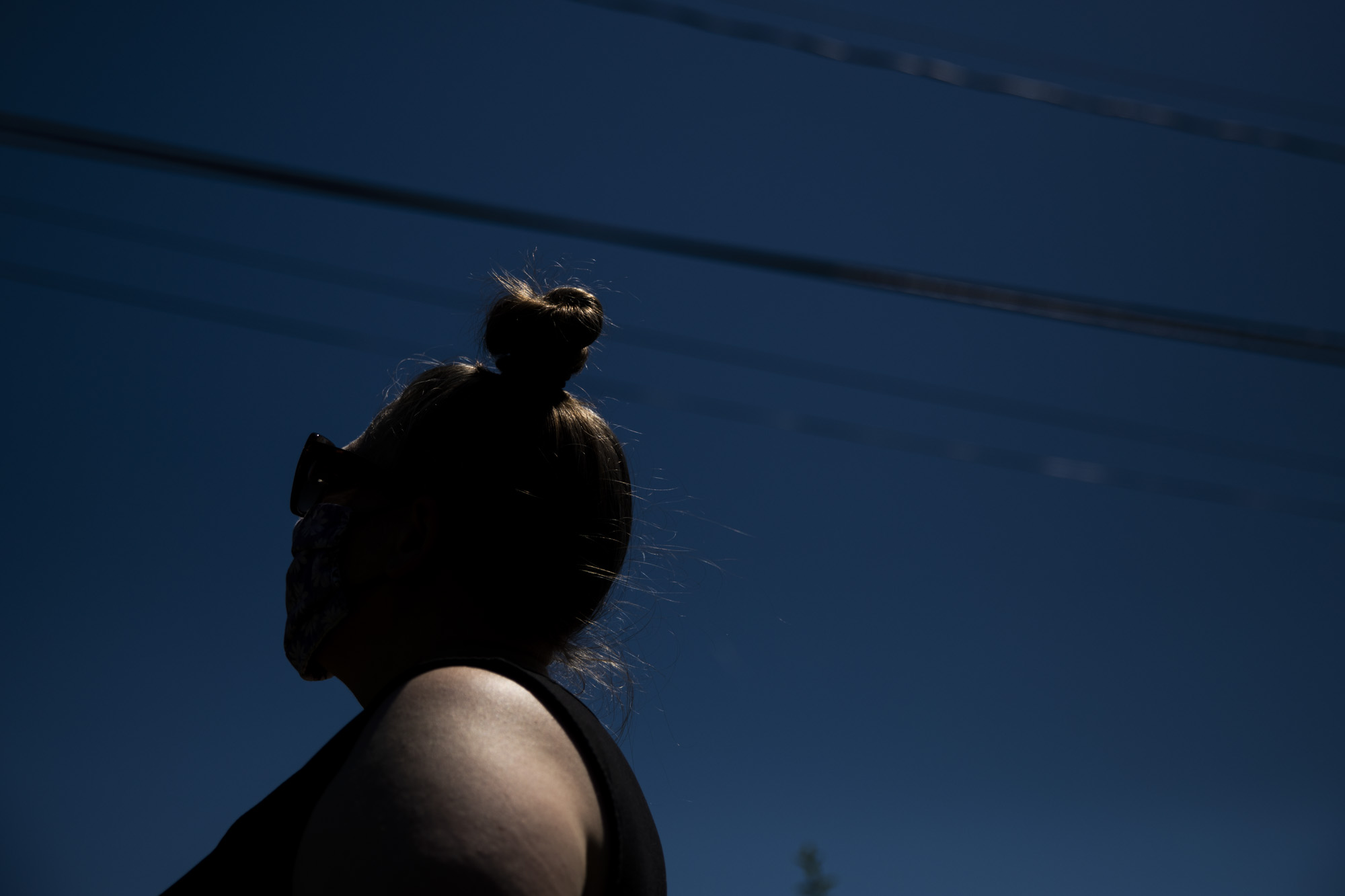