Where to stay cool during the PNW heat wave 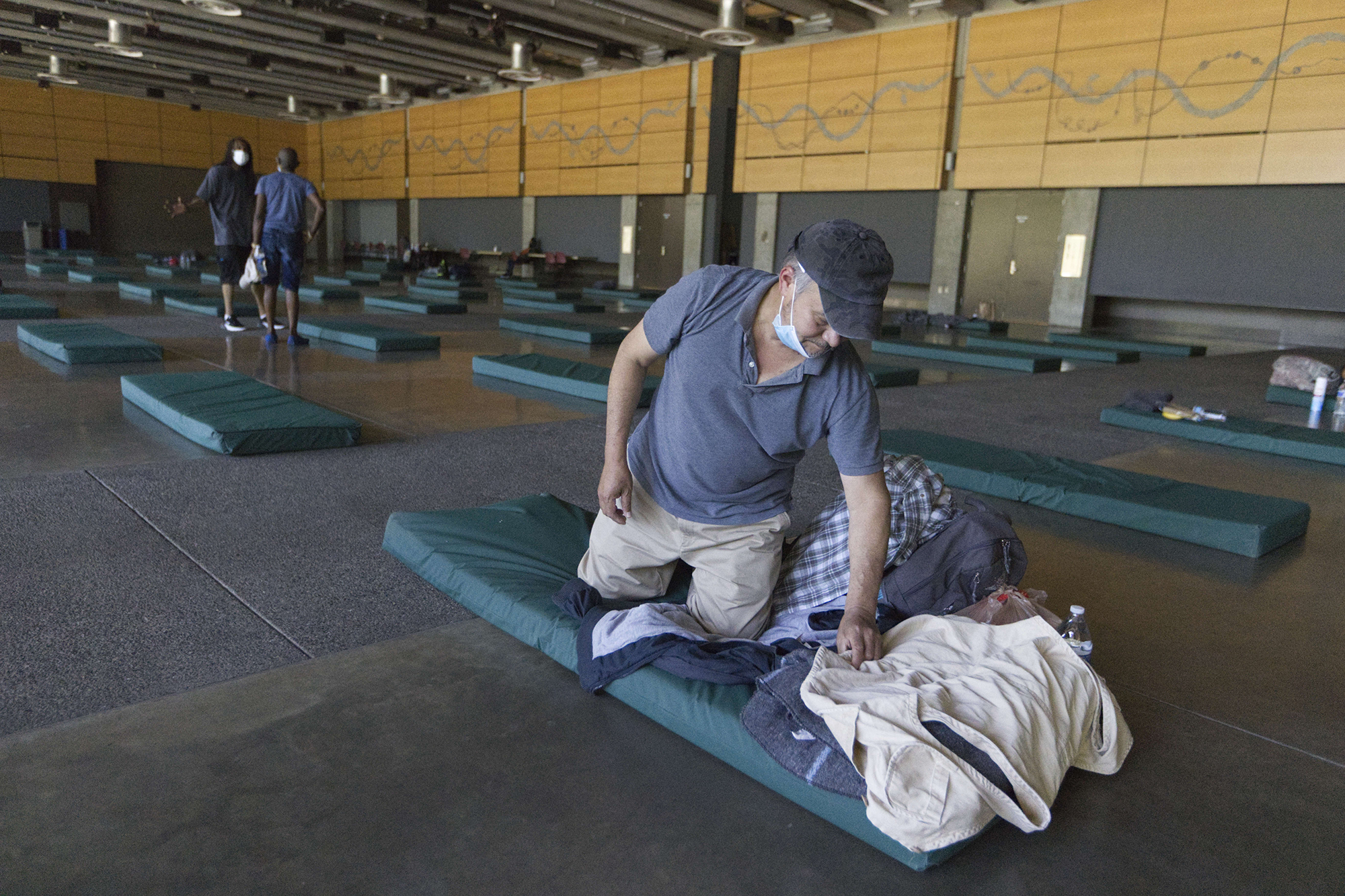 Roberto Cedomio prepares his bed at a cooling shelter run by the Salvation Army at the Seattle Center during a heat wave hitting the Pacific Northwest, Sunday, June 27, 2021, in Seattle. Yesterday set a record high for the day with more record highs expected today and Monday. Cedomio said he was glad to have this place available in the heat. (AP Photo/John Froschauer)

A summer breeze is usually a good sign when temperatures rise above a comfortable 80 degrees in Seattle, but the wind was part of the problem as high temperature records were broken across the Pacific Northwest this past week, according to the National Weather Service.

After a hot weekend, where temperatures on Sunday exceeded 100 degrees, downslope winds off the Cascades on Monday moved even warmer air into the area west of the mountains and left more people scrambling for ways to stay cool.

King County “cooling center” locations are available on the county’s emergency website. Seattle posted this map of cooling centers. Pet owners can get some relief for their furry friends at an emergency animal cooling shelter in Enumclaw. Here are some safety tips and more resources in King County for those sweating it out at home.

Over the weekend, the governor removed COVID-related capacity limits at public and nonprofit cooling centers to give communities more flexibility for getting people out of the heat.

The Seattle Office of Arts & Culture offers a list of air-conditioned arts organizations that welcome visitors during the extreme heat.

More wind on Tuesday, this time from the ocean, is expected to end the unprecedented heat event in Western Washington, western Oregon and British Columbia. The National Weather Service announced temperatures had reached 100 degrees at the Seattle-Tacoma International Airport before midday Monday, marking the first time since records have been kept that the city has had three consecutive days of temperatures in the triple digits.

Above-normal temperatures were expected to continue through midweek. The weather service’s “excessive heat warning” is in effect for the Seattle area until 11 p.m. Tuesday, as temperatures are expected to linger in the upper 90s after three days near and past 100 degrees.

The Puget Sound Clean Air Agency also issued an air quality alert for King and Pierce counties through Monday evening because of extreme temperatures combined with high levels of ozone.

Weather and health officials encouraged people to stay inside as much as possible. Seattle Public Schools shut down its summer meal program on Monday to keep students, family and staff out of the unhealthy air.

The city of Seattle, working with service providers and first responders, has set up 24-hour help and outreach for people who are unsheltered. City officials say they are bringing drinking fountains back online after they were closed during the pandemic.

Check your garbage company’s website before hauling trash cans to the street, as some are delaying pickup by a day this week.