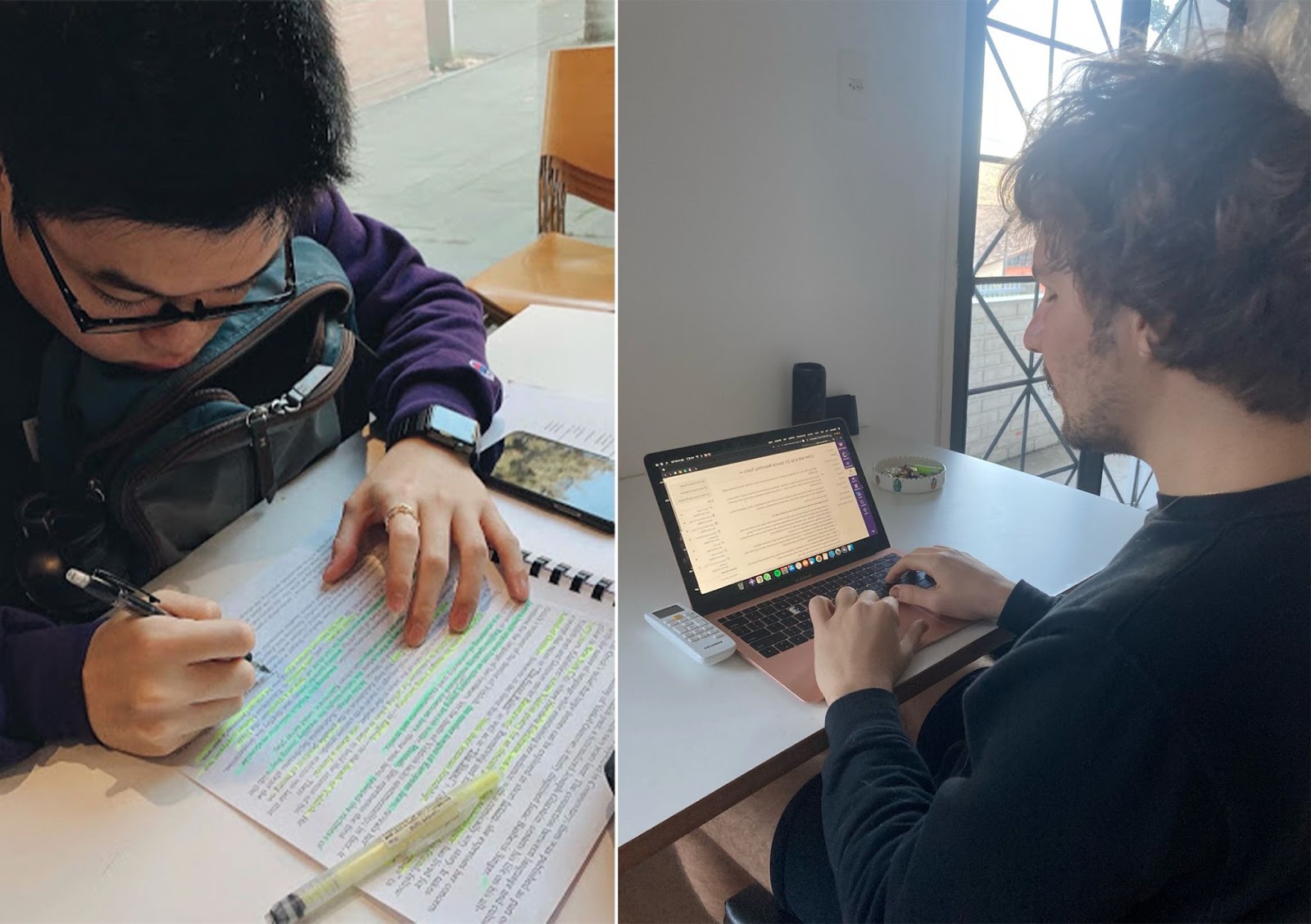 Left: University of Washington student Yu-Kuei Chen studies for his midterm exam in a finance class around 4 a.m. in Taoyuan, Taiwan, on Feb. 11, 2021. In order not to disturb his family, he brought his schoolbag to a meeting room on the first floor of the apartment to study. Right: UW student Victor Simoes has spent the past year taking classes from Brazil. Although he has been able to reunite with his loved ones and culture, Simoes says that going home during the pandemic disengaged him from a college experience. (Courtesy photos)

As he headed toward his 21st birthday in May, what Yu-Kuei Chen wanted most was a decent night’s sleep.

Chen, a finance major at University of Washington, had spent much of the past year living on Seattle time in Taiwan. For three days each week, he spent the early morning hours in online classes sharing virtual space with students in Washington. It was exhausting.

After over a year of online learning, higher education institutions in Washington have announced campus reopenings for in-person classes this fall. Even though students will be welcomed back come September, many are facing circumstances that have affected their distance learning experiences. This is especially true for the international students in universities across Washington and much of the country.

Like Chen, many international students had to adjust to extraordinary time differences to attend their online classes while code switching between English and their mother tongue. It was largely on their shoulders to push through the unprecedented challenges brought by the pandemic.

Because of the time difference, American online classes ended up taking place in the predawn hours in Asia. International students had no choice but to set a sleep schedule from morning to afternoon, and socialize, exercise and study as the sky gradually darkened.

Had he been in Seattle, Chen’s spring schedule would’ve been reasonably relaxed, with classes from 10:30 a.m. to 5:20 p.m.  Monday and Wednesday. In Taiwan, though, that meant Chen was in class from 1:30 a.m. to 8:20 a.m. Tuesday and Thursday. To stay awake in class, Chen usually took a nap after dinner, then woke up at midnight to a dark house and sleeping family.

“I liked to take a shower to freshen myself before class, and I tried to be as quiet as possible to avoid waking my family,” Chen said. “It was funny because preparing to go to school was like [being] a sneaky thief.”

“It really made my heart ache to see my son, who stayed up all night, was still in class when I went out to work in the morning,” Chen’s mother, Belinda Ye, recalled.

Despite the difficulties, international students still found positives during a difficult year. Chen recalled his life in Seattle, where basic living expenses amounted to $2,000 a month. He has saved money living at home, and, because the pandemic was under control in Taiwan well before the United States began reopening, he had chances to recreate with friends. 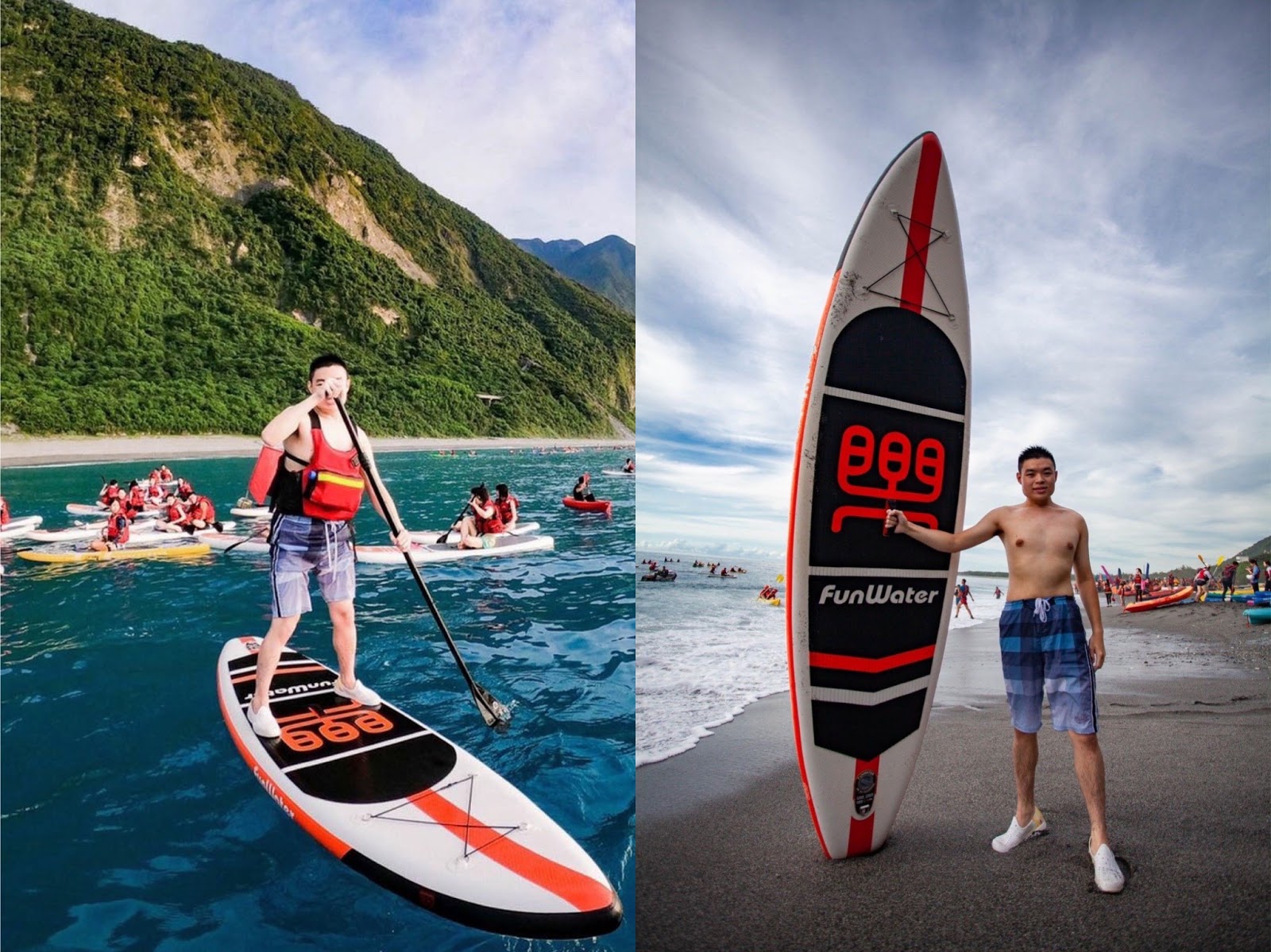 Yu-Kuei Chen experiences a stand-up paddle board with his friends in Yilan, Taiwan, on May 24, 2020. He planned a three-day road trip to relieve the stress and anxiety of staying up late for online learning. (Courtesy photo)

Yu-Kuei Chen experiences a stand-up paddle board with his friends in Yilan, Taiwan, on May 24, 2020. He planned a three-day road trip to relieve the stress and anxiety of staying up late for online learning. (Courtesy photo)

Of course, not all international students were studying in countries that had the coronavirus well in hand.

Victor Simoes, a Brazilian student majoring in journalism and public interest communication at University of Washington, will be entering his junior year when he returns to Seattle in September. While widespread vaccinations in the U.S. have helped deal with the virus, COVID-19 has yet to be constrained in Brazil. And, as many of his classmates in Seattle were celebrating the presidential succession, Simoes was protesting Brazilian President Jair Bolsonaro, a conservative nationalist sometimes referred to as the “Trump of the Tropics.”

“He doesn't believe in the pandemic and the power of the virus. That takes much of my time, mentally, because it stresses me a lot,” Simoes said.

“I don't think that universities take that into account,” he added.

Studying from his home in Florianopolis, an island city in southern Brazil, Simoes found online college dull. He missed his classmates and felt alone.

“When I was in in-person classes, [students] were all in the same city and environment. We ... had something in common. And now, I feel like I'm in a different world,” he said. “I don't feel as a part of the group, and it doesn't motivate [me] to go to class or engage.”

Simoes said he had a hard time being in online learning. Some professors didn’t consider students’ circumstances, he said, and taught as though “everyone is in the same situation.” But he knows first hand that international students face very different social realities than their American peers. 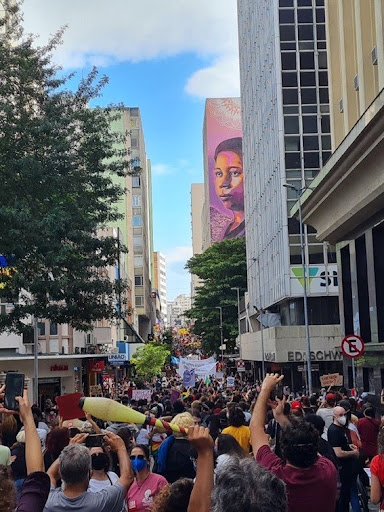 University of Washington student Victor Simoes spent the 2020-2021 school year studying online from Brazil, where anti-government protests have become common. He calls this one of the situations universities do not take into consideration with international students during the pandemic. (Victor Simoes)

University of Washington student Victor Simoes spent the 2020-2021 school year studying online from Brazil, where anti-government protests have become common. He calls this one of the situations universities do not take into consideration with international students during the pandemic. (Victor Simoes)

Despite the challenges posed by the past year, Simoes said he looks forward to being back in Seattle, and knowing that he is staying there will help ease the personal worries brought by COVID.

Through all of the challenges international students have faced, many look forward to getting back to campus after the pandemic — reconnecting with friends and peers, cramming for finals in the library and getting back to the college experience they signed up for. They want to finish the college journey in Washington.

“When I get there, I think I’ll have a sense of what I need to plan for the future,” Simoes said. “Having that sensation is something I'm craving.”