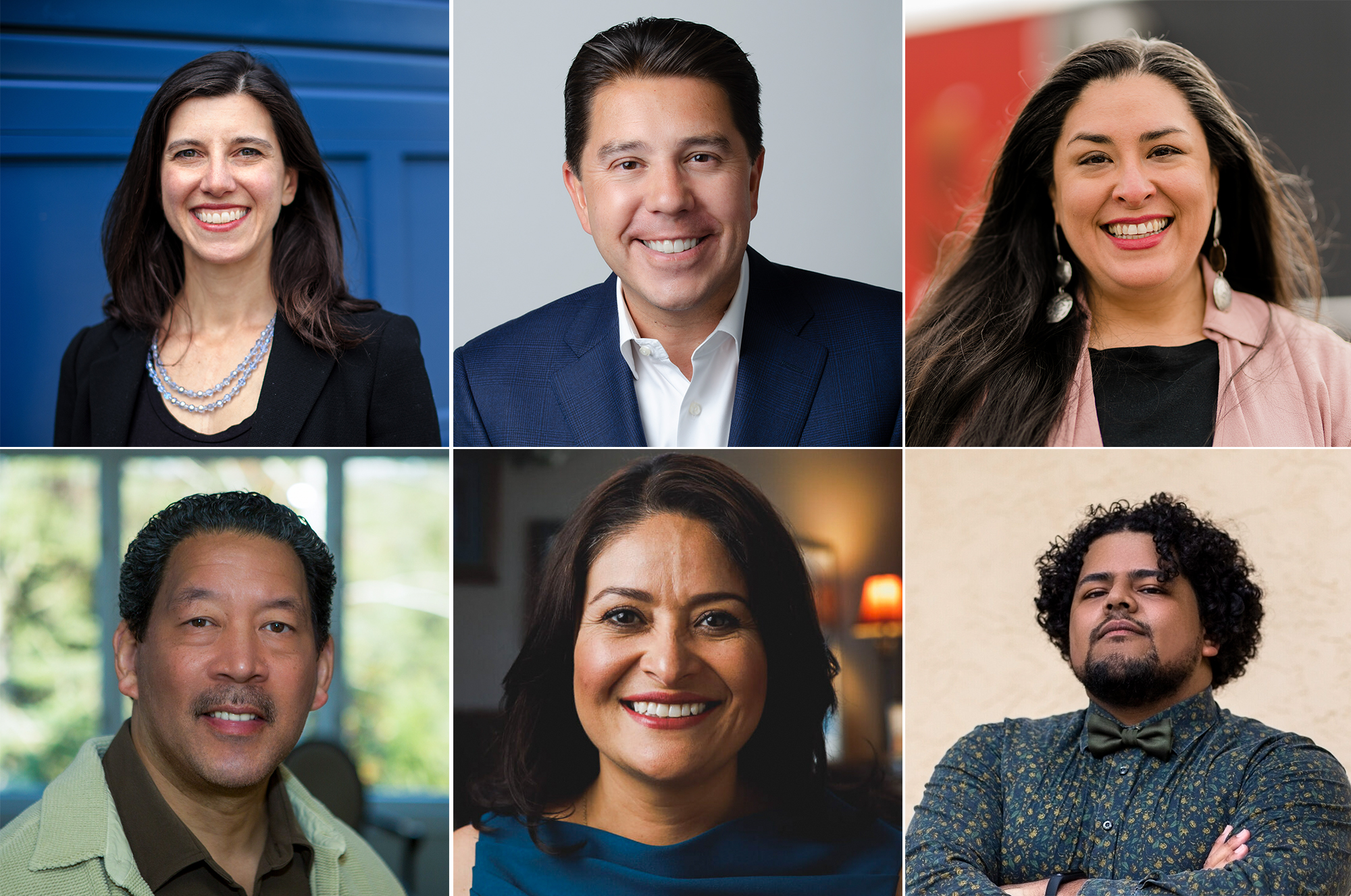 It’s an “existential” moment in Seattle, if you believe the people who want to be its next mayor.

And such a statement may resonate in this election, reeling as the city’s residents are from a three-day stretch of desertlike temperatures, months of protests and a once-a-century pandemic.

Bruce Harrell and Casey Sixkiller, viewed as the more business-friendly candidates in the race, warn of a coming collapse if the moment is not met — a “perpetual spin down,” says Harrell; a “mass exodus,” says Sixkiller.

Andrew Grant Houston, the most bullish of the candidates toward “defunding the police,” says the next mayor must have “the courage to do things that may be unpopular.”

While the candidates’ priorities and focus are varied, what they share is a sense that, as Seattle emerges from its pandemic shutdown and last year’s protests, the next mayor’s task will stretch beyond the daily management of the city’s 24 departments and toward something more holistic — a redefining of a city at a crossroads.

At stake, they say, is Seattle’s identity, as either a museum for the rich or a diverse and varied city; as a place where businesses either proliferate or run dry; as a community where thousands of people sleep outside or they don’t.

Many of the issues are the same as before. What has changed is the scope of what’s politically possible.

“We didn't have an ability to do incrementalism,” Sixkiller, a former lobbyist and deputy mayor to Mayor Jenny Durkan, said of the city’s response to the pandemic. “We just had to go and try things and not spend two to four years going through whatever process it was to make sure we had the perfect thing.”

“What COVID has done in some ways is kind of given us the space and capacity to really look at the problem from every single dimension,” said Houston, an architect and interim policy manager for Councilmember Teresa Mosqueda.

“That's what I mean by this being a generational opportunity, where everything has changed, where we're rethinking so many things that we thought were just a part of the way we did life,” said Echohawk, the former executive director of the Chief Seattle Club, which serves Native people struggling with homelessness.

Polling so far in the race suggests voters are dissatisfied with the status quo and want change. The number of voters who believe the city is on the “right track” are as low as they’ve ever been, according to people who have seen various polls from campaigns and advocacy groups. It’s a familiar tale, but one whose urgency has grown in recent years.

“There is this really strong perception from voters that we have just gotten farther away from solutions than getting any closer and so, as a consequence, there is more mistrust,” said Farrell, a former state legislator who ran for mayor in 2017. “There is more anger and there's also more hunger for someone who is going to be able to solve problems.”

How those attitudes manifest come the November election is difficult to predict; the business world previously forecast that similar attitudes would translate to a “backlash” against progressive candidates in 2019. That wave failed to appear. Nevertheless, It’s a message the candidates are taking to heart, each through their own lens.

Some of the candidates see that dissatisfaction as a mandate for systemic changes in the way the city addresses public safety, climate change and homelessness — continuations of the momentum built over the course of the pandemic and the protests.

“I talk a lot about defining the new normal, especially as we recommit ourselves to racial justice and equity in our city,” said González, the council president. The only candidate currently holding elected office, she has the task of conveying that an insider like herself can drive systemic change. Going back to what was considered normal before should not be an option, she said. “I think that this election is about electing a leader who has the ability, the leadership skills and the relationships to effectively define a new normal,” she said.

Echohawk promised a complete transformation of how the city addresses homelessness, a pledge based on her time as the director of the Chief Seattle Club. An enrolled member of the Kitkehahki Band of the Pawnee Nation and a member of the Upper Athabascan people of Mentasta Lake, she said she views the current moment through the Native principle of the seven generations — looking back three generations and forward three generations and acting on their behalf.

“We cannot go back to the old normal,” she said. “We have to be looking ahead for generations to come.”

Farrell described Seattle as being in a place of facing “these big existential issues around what a city is” — whether it will become a “playground of the wealthy” or not.

“​​I think we need to stop patting ourselves on the back for incrementalism and really think big,” she said.

There’s also a dark edge to the warnings of existential crises, of what Seattle could become if that moment is not met. Sixkiller and Harrell are both running campaigns that are more explicit backlashes against City Hall — despite Sixkiller’s recent job in the mayor’s office and Harrell’s long tenure as a member of the city council. When they speak about Seattle as being at a pivotal moment, it serves as a warning of sorts that, without a change in direction, a precipitous decline could follow.

“What's at stake is that if we, if our policies and the implementation of our policies, are not optimal, we could lose work, and jobs will leave the city and our tax base will lessen,” said Harrell. “And it could be a perpetual spin down.”

“Seattle’s a hot mess,” said Sixkiller, pointing in particular to the number of tents around the city. He warned of people he knows threatening to leave Seattle. “There's a ticker, there's a countdown clock,” he said, invoking the specter of suburban flight of the 1980s. “A mass exodus I think really is possible.”

Most of the candidates argue that to meet that moment will require a mayor who can bring together competing voices. Only Grant Houston said that, were he to become mayor, he would do things that would make many people unhappy. Incrementalism may have worked in the past, he said, but it’s too late for that.

“There are going to be people who are going to be unhappy,” he said. “It just has to happen. But when you are doing things to actually take care of those who need help most, at the end of the day it will help all of us.”

All elections are beset with some level of hyperbole about the stakes. But after a year that wore out the term “unprecedented” and with an open seat in the mayor’s office, the sense of possibility — for Seattle to become something better or to follow a glide path downward — is suddenly more tangible.

“If there's anything that COVID has shown us, we can rapidly shift, if we have the will to do that,” said Farrell.